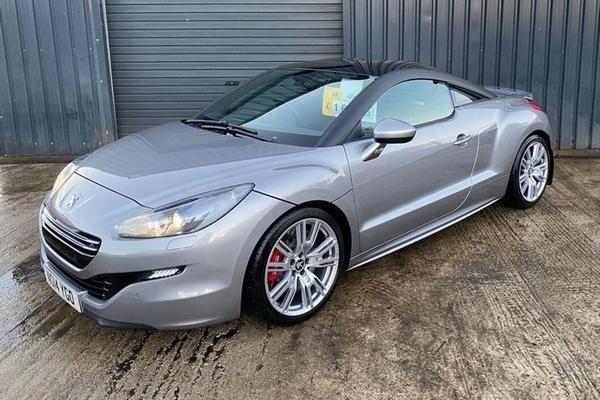 Hasn’t the RCZ aged well? It was always intended to rival the TT in the underpopulated compact coupe class, delivering more style than a three-door hatchback with about the same level of usability – at least when it came to fighting your way through city traffic and carrying the daily shop. We’d argue Peugeot’s designers nailed the brief. Ten years behind the TT, of course – but also in a way that could be called overtly French. It was very likeable.

The 270hp R version had most people rooting for it. At the time, Matt reckoned the turbocharged 1.6-litre was as eager as the old 2.0-litre lump that powered the legendary GTI-6, and while it didn’t quite flow like older, softer Pugs, the trade-off was terrific lateral control and – should you encourage it with a lifted throttle – proper mid-corner adjustability. Only Renault Sport’s best could top it.

Back in 2014, we thought Peugeot was poised to pour a similar level of ability into the mooted 208 R. Sadly, that super hatch never materialised, although at least we still had the 208 GTI to confirm that the RCZ R wasn’t simply a one-hit wonder for the Peugeot Sport generation.

Alas, the RCZ R was discontinued after just over a year of production, falling foul to an also very French cost-cutting model cull in 2015. The same purse-tightening attitude has ensured the present-gen 208 hasn’t yet spawned a successor to the GTI hatch, either. Peugeot’s focus right now is very much on the most profitable stuff, with the GTI badge only really likely to return on all-electric models. A repeat of the RCZ or anything with an R insignia is equally unthinkable.

Still, that does rather maximise the appeal of the old one. HowManyLeft reckons just 277 are currently registered for use in Britain, a not insubstantial fall from the 305 peak just four years ago. Assuming these lost cars have not succumbed to reliability issues – the RCZ R isn’t exactly old – it suggests a few may have met their demise in the traditional Peugeot way; backwards through a hedgerow.

Today’s Spotted doesn’t appear to have done any of that, thankfully, with 38k miles proving remarkably kind to its exterior and interior. It doesn’t look far off spotless in the pictures, although the ad itself doesn’t give any indication of whether or not a cherished history comes with the car. Assuming it does, £19k buys you a rare, fast, exciting and good-looking coupe which deserved a longer life cycle than it got. The complete opposite of a TT, then.