But we have been in the passenger seat of the new Carrera. And guess what… 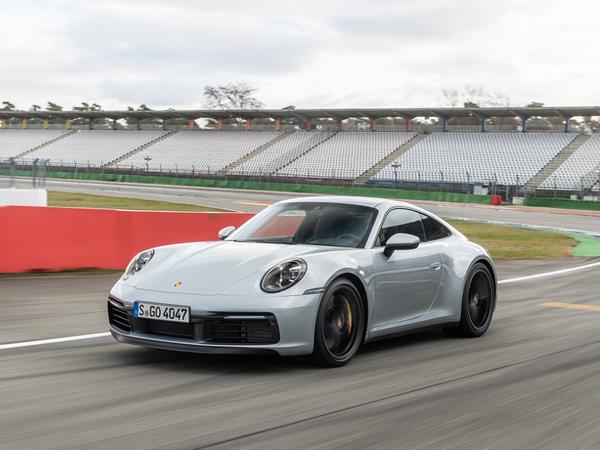 While some journalists have already driven the new 992-generation Porsche 911, they aren’t allowed to tell you what it’s like yet. PH hasn’t slipped behind that velvet rope, but we can report on what it feels like from the passenger seat after a brief run at Hockenheim.

Don’t worry, this isn’t going to be one of those drive-by-proxy stories that occasionally crop up in relation to a hotly anticipated new car. You probably know the sort of thing, with artful phrases like “on the road” and “at the limit” to fudge the fact that you don’t have an idea what the car actually feels like.

Riding shotgun around a famous racetrack in a 911 is an entertaining way to pass 10 minutes. It turns out there’s a choice of steed as well, with multiple examples parked in the Hockenheim paddock alongside their official Porsche pilots – this was part of the same two day brief-a-thon that we’ve already done a story on. I pick a bright yellow Carrera 2S piloted by a short guy who looks lean and racey; he seems to be sitting with his chest about a foot from the steering wheel. It soon turns out that I have chosen well. 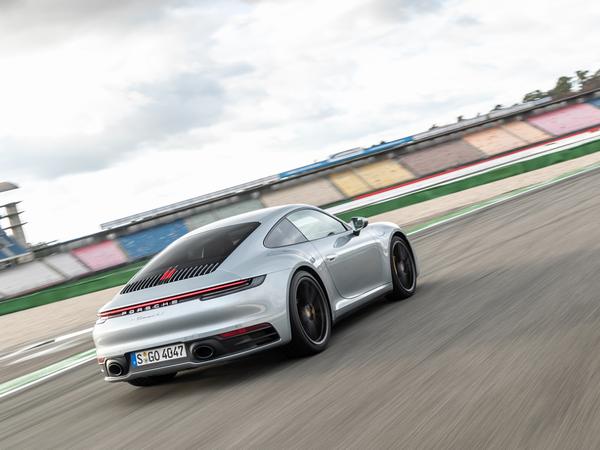 The driver is Andreas Patzelt, and he works as one of Porsche’s durability test team having joined the company five years ago. “So your job is to try and break things?” I ask. “Exactly!” he replies, with an encouraging grin.

Strapping in and rumbling out of the paddock gives time to take in a few basics. The seating position is low but the view out is good: the twin humps of the front wings still giving something to aim between. The new cabin layout will take some getting used to; it’s a long stretch to get the heater controls turned down. There’s a muscular burble coming from the back of the car, and ride seems pliant over the bumps on the way to the track.

Once on the circuit Andreas starts off with the car in its softest Normal mode although a big squirm in the first corner proves that there isn’t much grip to be had. Patzelt apologies and blames cold tyres, but then admits that he is a keen amateur racer with a fair amount of VLN experience. 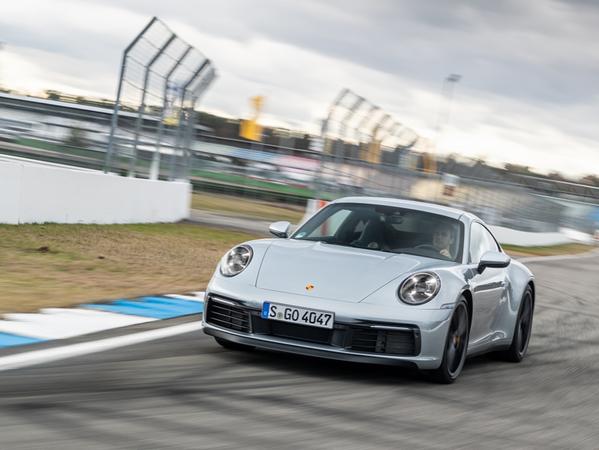 There are three laps in total, Andreas turning the drive mode to Sport for the second and Sport Plus for the third. As pace increases and G-force loadings become more obvious. They feel entirely 911-appropriate, although I wouldn’t say there’s any obvious difference to the level of force I’d be feeling in a similarly piloted 991. Cornering is flat, braking is both late and drama-free and traction is good, although Andreas is clearly pushing the rear axle to the limits of grip.

Then beyond: there’s a final lap with the stability control fully switched off and some amusingly sideways showboating in the slower stuff. It’s clear the Carrera 2 doesn’t have the torque for sustained high-speed drifting – hardly what it’s designed for – but there’s more than enough to kick the tail loose and hold some lurid angles in tighter turns.

As for the small matters of steering feel, throttle response, brake pedal weighting, how the car responds to inputs and how it communicates back – those are all questions for another day. 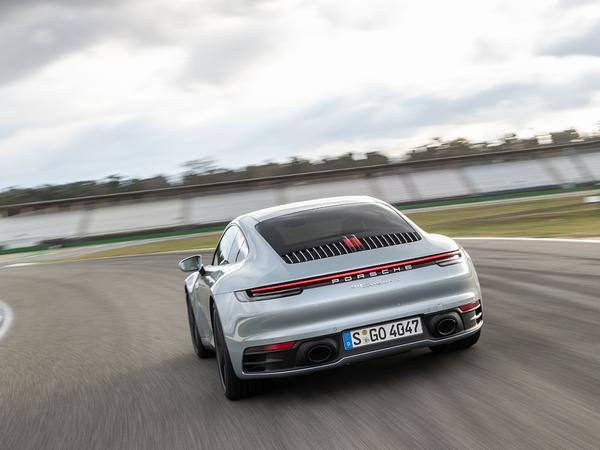 Finally there’s a chance to experience the new Wet Mode function, which is more instructive. This is on a special wetted skidpad incorporating an ultra-low grip section designed to simulate ice.

In Normal mode the 911 copes well enough, but despite the obvious intervention of the stability control there is still plenty of sliding from both front and rear. A sensor on the front wheel arches detects when the car is driving through standing water and suggests Wet Mode, and selecting it pretty much puts the chassis into lockdown: now there’s much less sensation of the car losing traction or front-end grip, even on the pretend ice. While damp surfaces can be fun, there’s a lot to be said for a drama filter switch which seems to pretty much turn the 911 into an old-fashioned quattro-driven Audi, impervious to almost anything the weather can throw at you.

Anyway, promising start, but – to get all Christmassy – the proof of this pudding really will come when we’re finally allowed to eat it.