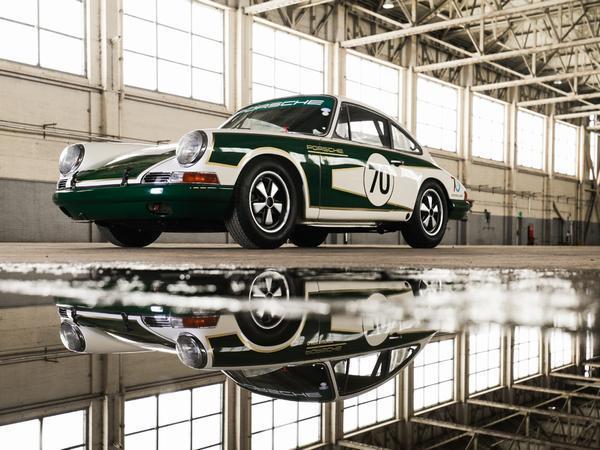 2018 has been an extremely significant year for the automotive industry: 20 years of the Ford Focus, 70 years of Lotus and, of course, seven decades of Porsche sports cars. The latter has been unavoidable in 2018, with new models, a huge Goodwood Festival of Speed display and a big push towards an electrified future all taking place.

One part of the four-wheeled birthday bash for Porsche has been largely overlooked though, is the ‘Project 70’ 911. A restored 1965 2.0-litre car, it was last seen a few years back as the Project 50 to mark the 911’s half century. Refreshed mechanically and cosmetically for 2018, it has been raced across Europe – at Le Mans, the Nurburgring, Spa, Silverstone and more – by such Porsche legends as Richard Attwood.

All that would make it more than worthy of some Pic of the Week attention already, but given the little 911 looks so delightfully delicate in Porsche’s pics the choice was guaranteed. In a 911 world where a GT3 RS rides on 21-inch wheels there’s something refreshing and appealing about seeing an early car with its tiny Fuchs wheels and huge glasshouse. Still looks great, doesn’t it? Especially in such a funky colour scheme.

Therefore even in a wet and abandoned warehouse, we think the Project 70 is more than wallpaper worthy. Choose your resolution below and enjoy!