The swansong 991 is quite a thing. And it comes at quite a cost 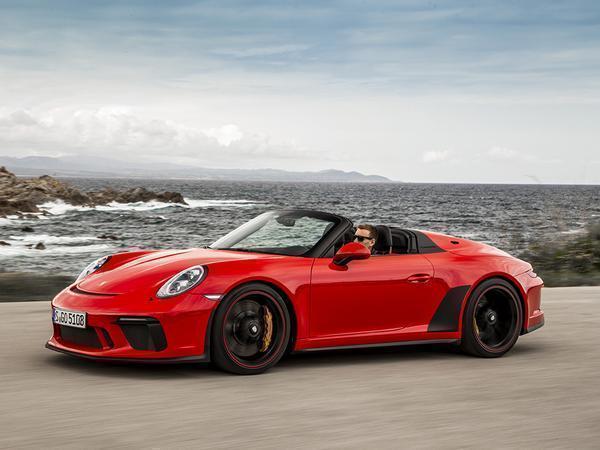 Curious cocktail, the Speedster. This is the second time Porsche has used its catchiest nameplate to round out a 911 generation; the first being last time around with the 997 variant. That model, a hulking cabriolet with a GTS engine, wasn’t particularly great, truth be told. This one though, verifiably the last gasp of the dearly departed 991, and with a GT3 engine and chassis to boot, arrives with greatness virtually plumbed in.

Who, after all, wouldn’t relish the prospect of an open-air cabin when one of the world’s last remaining – and truly sensational – naturally-aspirated engines can be found trilling away over your left shoulder? Porsche knows you would. Porsche knows, in fact, that you might feasibly give your right arm for such a thing. Thus it has conspired to charge an arm-sized sum: this Speedster is £211,599 – essentially £100k more than the 991 GT3 was at launch.

It is such an outrageous amount to pay for an open-top 911 that its maker has not spared the special sauce. For a start, this is the first Speedster to be developed by Porsche Motorsport, the division responsible for every GT-badged variant of the firm’s flagship sports car. Then there’s the revelation that the manufacturer has been playing around with the concept since 2013 (just two years after the 991’s launch, incredibly) and originally conceived the run-out model with no roof at all. That would likely have satisfied the buyers on America’s West Coast – historically the place where most of it buyers live – but would obviously have limited usability anywhere with, you know, weather. 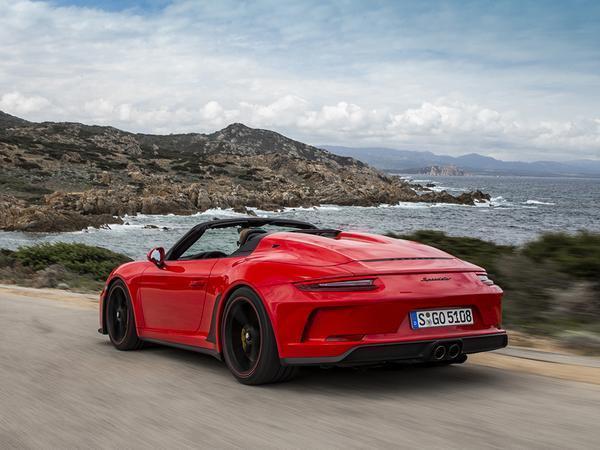 Consequently, there is a roof, a fabric one that you’ll mostly be putting up and down yourself. Happily it’s an easy-peasy, 45-second-ish job and gives you ample opportunity to eyeball the enormous slab of composite its maker has deployed as a weight-saving solution to the double-bubble rear deck requirement. You’ll find no bigger single-piece of carbon fibre on any other road-going Porsche, and its fitment is indicative of the effort applied across the board.

Re-engineering the 991 with those shortened A pillars was apparently no mean feat. Ditto the job of fusing a GT3 underbody with what is essentially the back end of a cabriolet. To minimise weight gain over the conventional GT3, carbon fibre features heavily elsewhere in the body, including the front wings and bonnet. Then there’s the imperious 4.0-litre flat-six, outfitted with a new lightweight exhaust system so that the engineers might have somewhere to put a brace of Euro 6-qualifying particulate filters.

The result, to look at, duly lives up to its Speedster heritage. Granted, the characteristic styling cues aren’t for everyone, and there are still some angles where you might conceivably question the visual pay-off of that outsized rear-end. But it looks great from everywhere else (yep, that’s a new front splitter) and, frankly, if you’re anything like us, there will be too much excited fumbling at the door handle to pay the exterior too much mind. 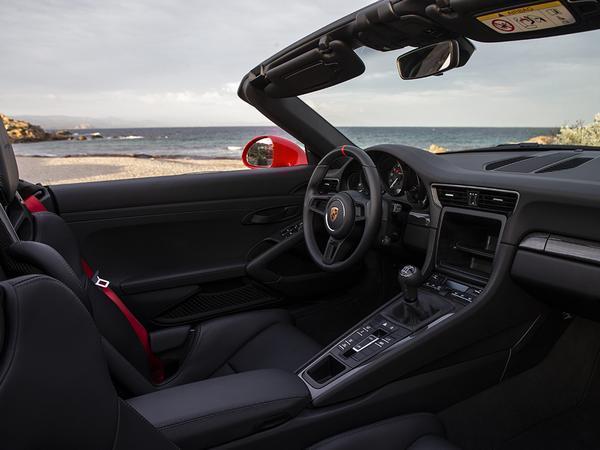 Inside, it’s all high-spec 991 – which will be mildly discombobulating if you’ve driven the 992 because its successor does such a good job of tidying up all the extraneous switchgear. Still, it’s wonderfully well finished, you get analogue dials (which are better, no question) and the drive modes remain pleasingly limited to two-stage dampers, a two-stage exhaust note and a two-stage deactivation of the ESC and traction control.

Porsche also gives you the choice of turning the gearbox’s auto blip on and off separately, too, as in the six-speed GT3. The manual itself though feels as it did before: brawny, mechanical, accurate and very positive. The thickset clutch pedal follows suit. Bring it up too gingerly or put the throttle down too hesitantly and the transmission won’t spare your blushes. This, encouragingly, is not a car for pussyfooting about in.

At mediocre speeds, it rather does what it says on the tin, and trundles around the place like a GT3 with the roof removed. Which is, of course, startlingly high praise. Structurally speaking, at least half the Speedster is a convertible, which, by definition, makes it slightly heavier and wobblier than the 991.2 GT3. But don’t expect to notice either demerit on the road, much less waste time decrying them. Whatever Porsche did to marry the open-top architecture to the GT-grade chassis has worked splendidly: there’s no tremor or sense of disconnect or squidgy lack of edge to the Speedster – or if there is, it can be rated as no more significant than the 0.2 seconds the model has sacrificed in the sprint to 62mph. Which is to say not at all. 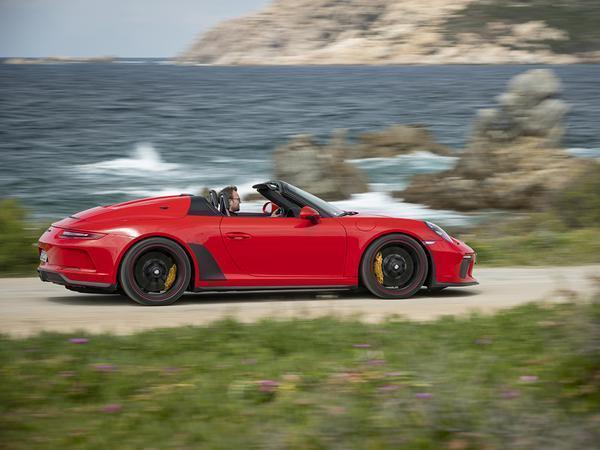 In the bad old days the addition of fuel particulate filters might have meant a gentle sullying of the engine’s high-revving pyrotechnics – but Porsche’s engineers have proven themselves more than equal to the task: the latest 4.0-litre unit has had its fuel pressure increased to 250bar courtesy of new injectors and a modified intake system now features individual throttle valves. The result is 510hp at 8,400rpm – marginally more than was delivered in the outgoing GT3.

Its maker says you get better throttle response as part of the bargain, although that’s difficult to measure in any objective way. Subjectively, the Speedster goes phenomenally well. There is the very real possibility that no comparable engine on sale today forges such a quintessential relationship between throttle and trainer sole. It doesn’t surge or erupt or seek to overwhelm; it goes quickly, then very quickly, then, in its final throes, it slays you dead.

The difference between stationary and dead is as nuanced as a Robert Frost poem. Measuring very precisely how many of the motor’s rasping revolutions you want at any given moment – and from what gear – is scandalously rewarding. Much time is spent plotting a way back to the euphoric 1,500rpm adjacent to the redline, and yet, thanks to the interactiveness of that third pedal, Porsche’s finest engine is no less compelling 3,000rpm earlier. 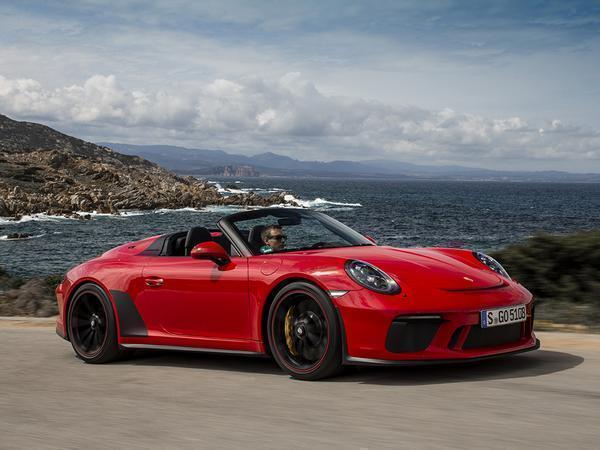 The driveline would be nothing though – or half as good, at least – without the magicked up contribution of the chassis underpinning it. Unweighted and tenacious at the front, laser-guided by soft-edged, silly-good steering and cheerily beholden to its steerable back axle, the Speedster takes its GT3 impression deadly seriously. Porsche has apparently set it up to be slightly more benign at high speeds to account for the degradation in aerodynamic performance – but, on any road governed by speed limits, it still flatters you with its approachability and swaggering, tactile sense of beyond-limit control.

Because it does all these things, and in the same moment indulges you with the soft swirl of a summer’s breeze, it must be considered a triumph on its own terms. It is easily good enough to have you wondering at journey’s end if any other car separated from its roof holds a candle to its virtuosic marshalling of ride and handling and speed and sound. The Ferrari 488 Spider, perhaps. Or the McLaren 600LT. The Speedster can count itself in the same cathedral, certainly.

Does that make it worthy of its £100k premium versus an original 991 GT3? Well, on the face of it, and with used values still sky high, there’s little doubt that Porsche is on remarkably solid ground charging beyond £200k for a limited edition, run-out 911. It will sell all 1948 examples immediately, and some will be resold for much more. 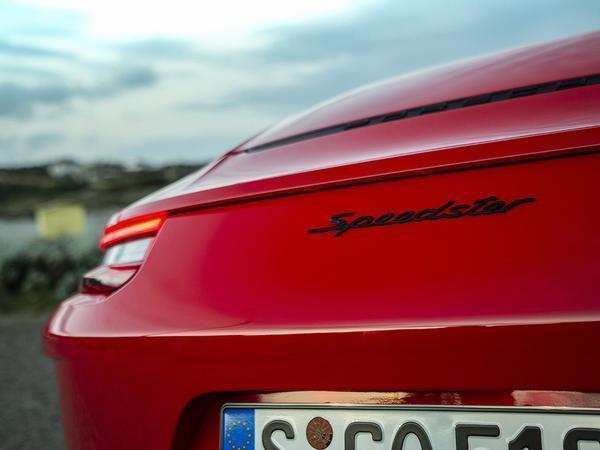 But, for us, a six-figure markup also requires a commensurate step up in ability or driving experience – and for all its absurd loveliness and implied desirability, it could be argued that the Speedster doesn’t advance the stock GT3’s own veritable charm sufficiently far down the road. When Porsche worked a similar trick with the 981, the much venerated Spyder came with the kicker of a larger – and consummately better – 3.8-litre flat-six, instantly redefining just how amazing the already very good Boxster could be.

The latest Speedster doesn’t quite manage that. Its defining achievement is making a convertible 911 very nearly as spectacular to drive as a manual 991.2 GT3. Which is good enough for it to be among the best open-top sports cars in the world, without it being the best 991 ever made.

Still, if the colossal asking price helped justify the (all but confirmed) extension of the 4.0-litre flat-six’s lifespan, cult status beckons. It would befit the wonderful car Porsche has built. 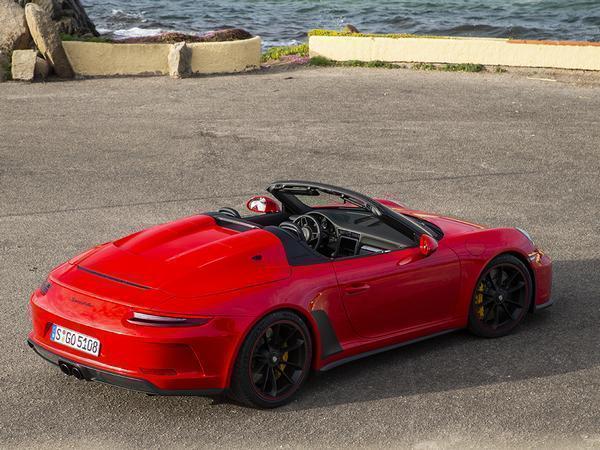 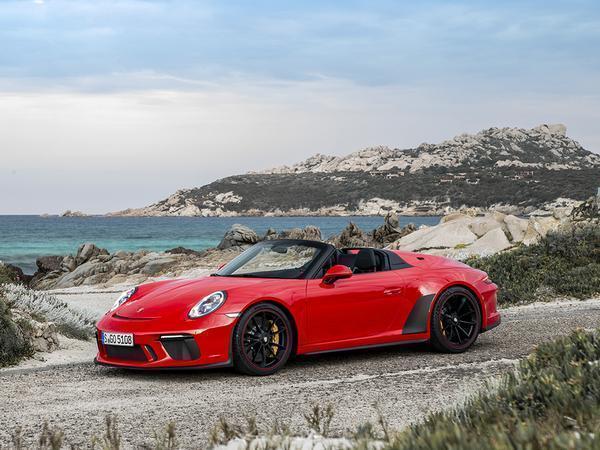 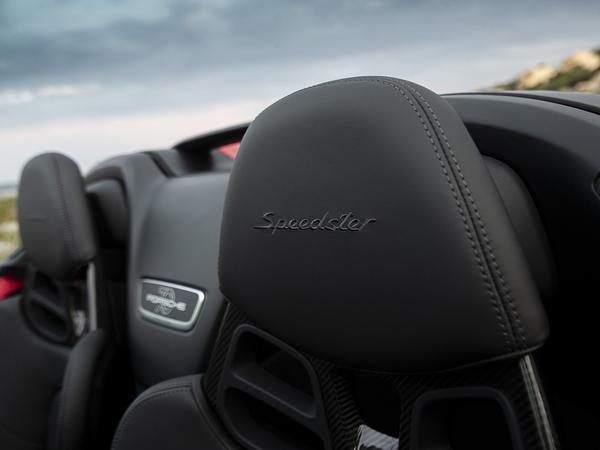 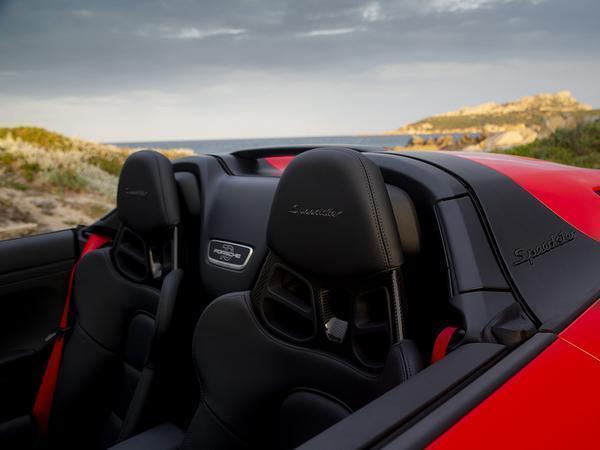 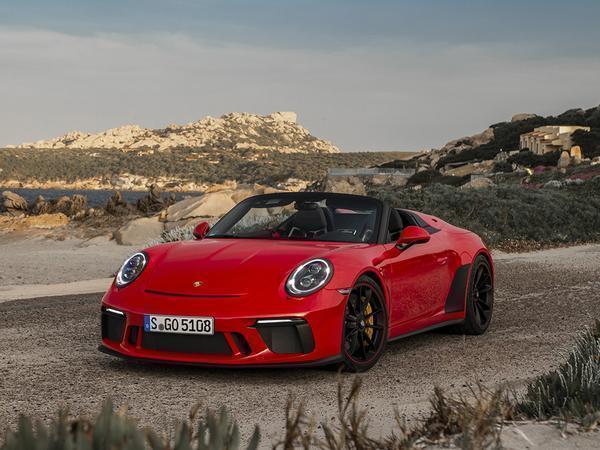