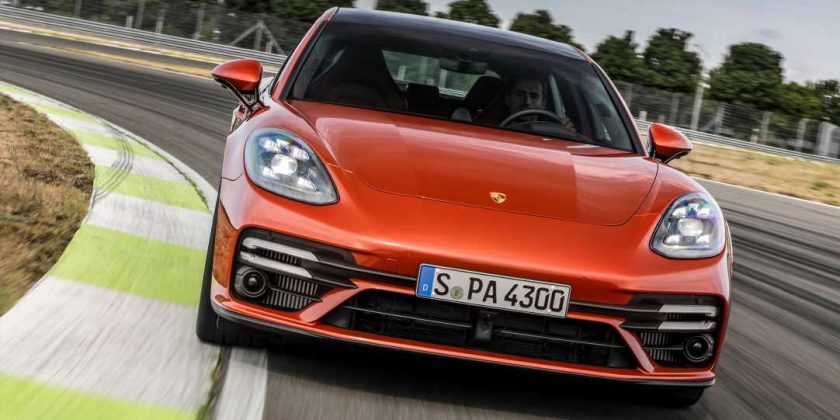 Porsche hasn’t had a front-engined coupe since the 928 and 968 went out of production in the 1990s. For the last 25 years, the company’s only mass-produced coupes have been the 911 and the 718 Cayman (both the Carrera GT and the 918 Spyder were limited production models, plus, they’re more of targas, anyway). Ignore Porsche’s line of SUVs, and the sole vehicle it makes with the engine ahead of the driver the Panamera sedan and Sport Turismo wagon. However, a recent report from Motoring suggests that Porshe remains open to a Panamera-based coupe.

It makes sense that the fabled sports car makes would consider such a model. BMW has the 8 Series, while Aston Martin has its DB11—both front-engined grand touring coupes. Plus, the Volkswagen Group has already proven it can build just such a car using the Panamera’s architecture with the Bentley Continental GT, which shares its underpinnings with the Panamera.

The long-rumored 928 successor was briefly discussed during a round-table interview about the 2021 Panamera. In the interview, Porsche’s Thomas Friemuth was asked about turning the big sedan into a coupe. “We have not finally decided yet. So we are just discussing this topic for several years as you can imagine since other competitors also have two-door cars…we’re not…yet ready to decide whether to do this or not. We have quite a nice two-door car in our program called the 911,” Friemuth responded.

The 911 is certainly a nice two-door sports car. In fact, we like it enough to crown it our 2019 Best Driver’s Car. But one thing the long-standing, rear-engined model lacks is the grand touring persona a front-engined Panamera-based coupe might offer. Only time will tell if Porsche decides to pull the trigger and bring a 928-like coupe back to its model line. Still, it’s nice to know the German brand hasn’t entirely given up on such a vehicle. Yet.