A 1966 Ford Mustang will have a second chance at life now that it has been given to Racing 4 Vets, a non-profit that helps disabled veterans reenter the workforce through adaptive motorsports, which can consist of race car driving or off-roading, for combat-injured U.S. military veterans.

The Mustang was donated by a Florida father, Robert Mills, whose son was killed in Iraq in 2006. He and his son had worked on his vehicle before the deployment with hopes of finishing it upon his return. But he never came back. Mills said he lost interest in the car and couldn’t bear to finish it alone. 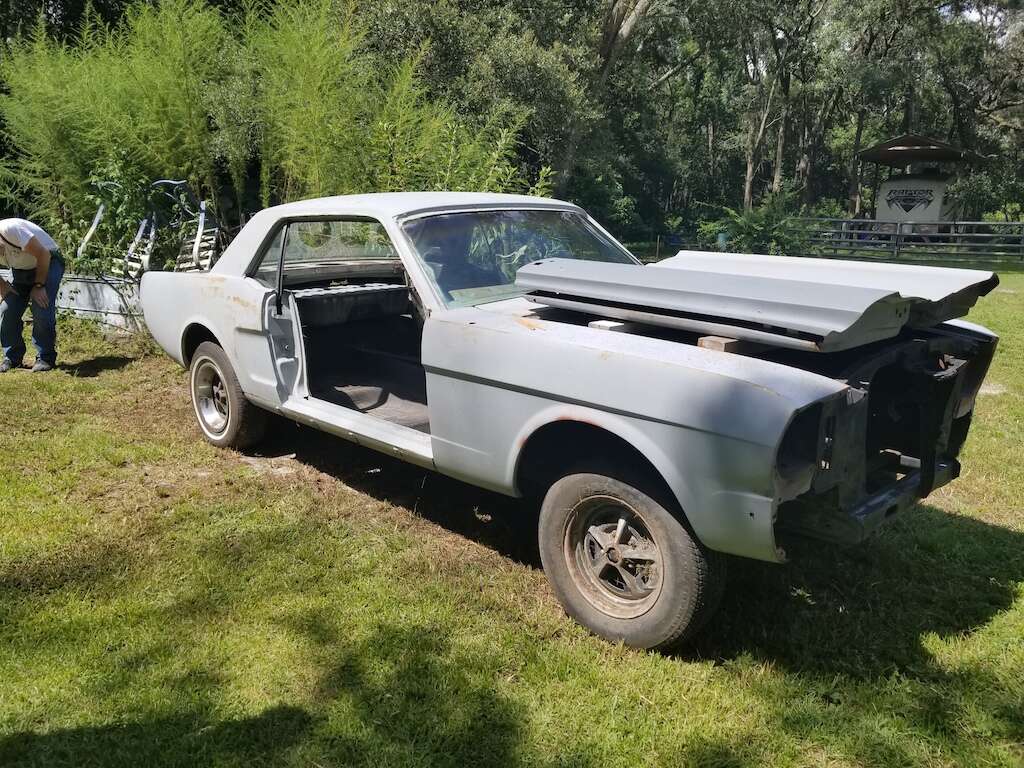 His friend and Racing 4 Vets volunteer, Dean Coleman, told him about the organization, which is now building the Mustang from the ground up. Volunteers plan to replace the engine, drivetrain, wheels, breaks, transmission and want to install a four-link suspension, rear seats, a 9-inch rear axel, hand controls, and a new transmission.

The body of the car will also be redone in the hopes of turning the Mustang into an 800-horsepower race car that will travel to Veterans Day parades, Mustang week in North Carolina, a Performance Racing Industry trade show in Indiana, and a multitude of other veteran-related events such as air shows and grand openings.

The organization still needs to raise $70,000 dollars to complete the car. The president of Racing 4 Vets, John Vann, told the Drive that he expects the car will be ready by 2019. Then the car will work as a reminder of the sacrifice Gold Star families have made.

“Even some military members don’t know what a Gold Star mother is,” said Racing 4 Vets President, John Vann, to The Drive.

The name Gold Star Family comes from the Gold Star lapel buttons the U.S. Department of Defense issues to the immediate family of a fallen member of the military. According to Vann, their loss is not fully appreciated. People are excited to barbecue on Memorial Day but not to reflect on those that lost their lives in service.

The Mustang will not be traveling alone though, the volunteers who help remake the car will accompany it, which according to Vann, will help with the nonprofit’s mission of reintegrating disabled veterans into society.

“They can highlight their ability and not their disability,” said Vann.