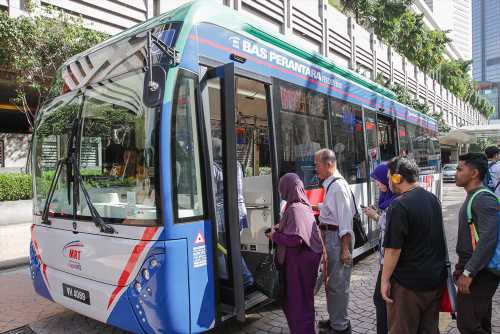 Rapid KL has released a revised schedule for its trains and buses in accordance to the tightened version of the movement control order (MCO 3.0) that we’re now in.

In line with the directive for more employees to work from home (including 80% of the public sector), the government has called for a 50% reduction in public transport passenger capacity. All rail services (LRT, MRT and Monorail) will be operating from 6am to 11pm daily, when the stations will be closed.

For Mondays to Fridays, all trains will have a 10 minute interval during peak hours, which is 7am-9am in the morning and 5pm-7pm in the evening. Outside of these hours, there will be a train every 30 minutes, except for the 10am to 5pm period, where the interval is 60 minutes. For weekends and public holidays, it’s also 60 minutes from 10am to 5pm, and 30 minutes outside of that window, with no peak hour schedule. This schedule is applicable till June 7.

By the way, the two LRT Kelana Jaya Line trains that were involved in a crash on Monday have been successfully removed from the underground section near KLCC where the accident happened, three days earlier than scheduled. Prasarana will now focus on track repair work. Trains from Gombak will temporarily run on a single track from Damai to to Pasar Seni, supported by feeder buses.