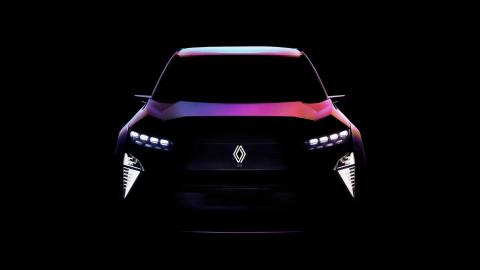 The new product is scheduled to be globally unveiled on May 19, 2022.

Renault has released a teaser for an all-new hydrogen-powered SUV. The new product is scheduled to be globally unveiled on May 19, 2022.

The new offering from Renault is said to come with an internal combustion engine that uses hydrogen instead of conventional fossil fuels.

As per the two teasers released so far, the new hydrogen-powered Renault crossover will come with a striking design. This includes a sleek headlamp unit with quad LED units on each side, triangular fog lamps on the front bumper, a muscular bonnet and an illuminated logo at the centre. The new model is also expected to get an illuminated logo on the B-pillar, while also featuring a new alloy wheel design and a sleek pair of LED taillights.

Inside, the new Renault SUV is expected to come with a modern-looking cabin layout and dashboard. It will be packed with a host of new features and tech.

Specifications of the hydrogen-powered IC-engine unit on the upcoming SUV are yet to be revealed.