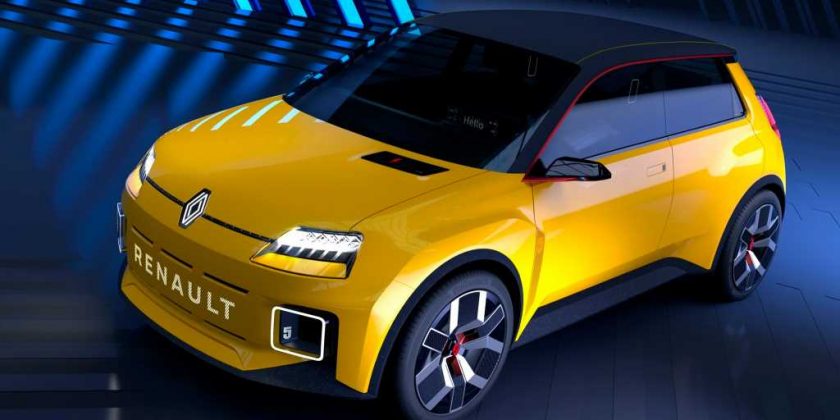 The iconic Renault 5 hatchback is getting rebooted as a sexy EV, informed by the iconic little Cinq of the past, but not necessarily beholden to it. In fact, you can say that about Renault in general, because this R5 Concept EV was revealed as part of a larger push to reinvent the French company for the 2020s and beyond that the company is calling Nouvelle Vague—New Wave. Renault as a services company, as a tech company, et cetera. Oh, and they’re still going to build cars—and if they’re anything like this R5 concept, that’s great news for those that can buy them.

The company is promising seven fully-electric vehicles—half its projected lineup—to be full EVs by 2025. The company already sells a range of EVs, from the tiny and bizarre Twizy to the Master Z.E. commercial van, but the best-known EV in the lineup is the Nissan Leaf-like Zoe. None of the company’s EVs have much pizazz, in comparison to Tesla’s sleek futurism or the cheeky-cute retro vibe of the Honda E.

Rebooting the Renault 5 for the modern era is a smart move. This little hatchback was everything to everybody, from an economy-minded runabout to one of the most badass Group B racers—and, embarrassingly, the “Le Car” to Americans. The mid-engined turbo models brought legit rally hardware to the street, if you could afford it, and they could easily embarrass most contemporary Ferraris in the performance criteria that matter. Especially with its massive, chunky fender flares—penned by none other than Marcello Gandini at Bertone, designer of the Lamborghini Countach—it was an unforgettable performance upstart.

The new 5’s sharp lines and puckish proportions are a definite retro play, especially the taillight design and the throwback “5” logo on the hatch. However, it doesn’t necessarily need a familiarity with the original to work—the overall design is modern enough to carry it, and the shoutouts to the original are basically fanservice for those in the know. The bold daytime running lamps are a novel take on the original’s square fog lights, and even the C-pillar splits the difference (in a smart way) between the contemporary “floating roof” trend and the original 5’s rain rail.

Will the prototype reach production? We think Renault would be smart to consider it, since the current EV lineup could use a little attitude to do battle with cars like the Honda E and the reimagined Fiat 500 EV.