A dented bonnet prompts Sam’s search for a lighter replacement 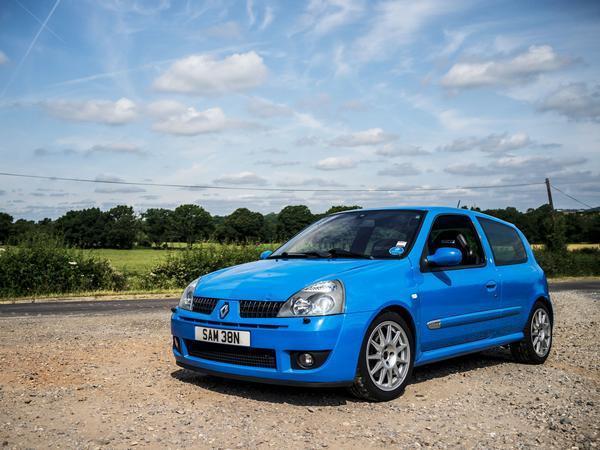 It was all going so well, until last week. While a lack of reports might have suggested otherwise, in the four months that have passed since the last PH Fleet update, life for our resident 182 had been rather good. The Clio was living the life of a weekend toy, being started up regularly on sunny Sundays for a blast into the Kent countryside, acting as a welcome naturally aspirated palate cleanser to all the turbocharged new stuff. But last week, someone with a tow bar-wearing SUV or van decided that the Racing Blue Clio waiting patiently on a south London street for its next jaunt was too straight. A golf ball-sized dent and accompanying crease were promptly pressed into its bonnet to put matters right. Great.

Now that the anger and frustration of this anonymous gift has subsided – following a long drive to remind myself why I love this thing so much, I should add – thoughts have turned to fixing it. It seems that unless I can track down a wizard to repair this dent properly, it’s a replacement bonnet job. Prices for used bonnets are not too bad (£50-70 seems the average), as there are plenty around because the part is identical on all Mk2 Clios. But I must admit that I’m sad a 15-year-old car with a life lived partially on track will no longer be wearing all of its original Dieppe-finished panels. 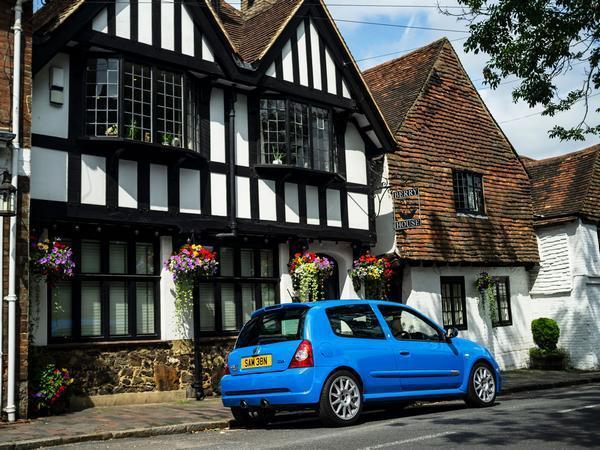 In fact, for that very reason, I’ve decided not to simply replace the part but instead upgrade; that way the unoriginalness of the bonnet will feel less criminal. The dream upgrade bonnet is, unsurprisingly, a carbon fibre one. Since 182s have long been used in competition the world over, there are several manufacturers of carbon parts, which offer about a 75 per cent weight saving over the standard circa 12kg bonnet and should help to edge weight distribution rearwards to improve the balance. Heck, with such a shift I’d consider relocating the battery to the boot as well, to pull more mass off the nose.

However, spending £800 on a bonnet for a car worth less than three times that seems a little far-fetched, particularly when it’s not exactly a featherweight track machine in the first place, what with its original air-con hardware and panel soundproofing still on board. Thankfully, there does exist a slightly less exotic but barely less effective method of lightweighting: a fibreglass bonnet. One of the most renowned FG panel makers for Renaults is APM Motorsport, which produces the part to order for £215, which seems like a fair deal given the 4.5kg claimed weight for the part, equating to a not insignificant 60 per cent reduction on standard. 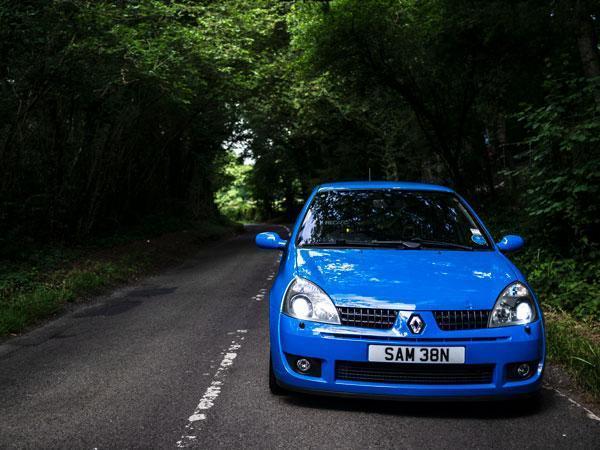 The quality of the part is supposed to be excellent according to the internet, requiring only paint because APM supplies the inner bracing and threaded inserts for the hinge, as well as the bonnet catch fixings and a coat of primer too. So to say I’m tempted would be an understatement; I’m waiting until payday before I decide whether to go ahead with it but am fully expecting the Clio to be lighter on its nose come mid-August. Thing is, my newfound weight saving addiction might extend further back into its body because while perusing the APM website I realised the company also makes fibre glass doors – and they offer an even more substantial reduction.

Each fibreglass door weighs 4.3kg. Four point three. That’s a saving of about 25kg per side, meaning you’re effectively removing the weight of a small person from the body – and in the case of my car, very possibly pulling the total mass below the one tonne mark. Don’t believe me? The 182 weighs 1,090kg as standard, but this one has considerably lighter bucket seats up front (they’ve saved around 35kg alone), a deleted rear bench and slightly lighter Speedline Turini wheels, not to mention the considerably slimmer stainless steel Yozzasport exhaust and much simpler K-Tec intake system under the bonnet. The prospect of a sub-tonne 182 is tantalising to say the least, because with a rolling road verified 186hp, small changes in weight do honestly make noticeable differences to the way this 182 pulls and stops. 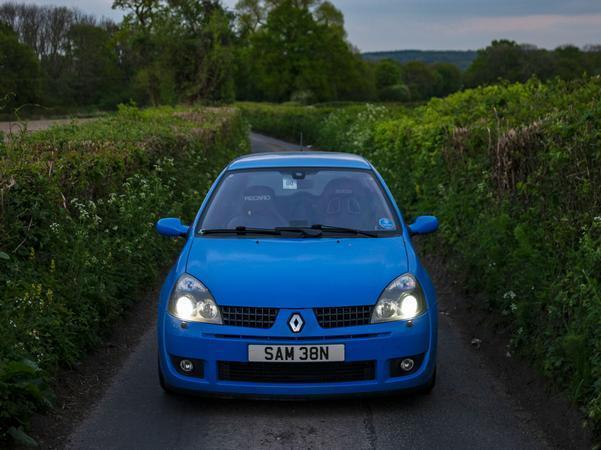 But, let’s be honest, fibreglass doors on a road car without a roll cage is probably (or most definitely) silly. I daren’t even consider what would happen should they take a direct impact; they’re clearly not designed with Euro NCAP in mind but rather for cars that feature a full, FIA-certified cage. As much as I occasionally dream of one day turning this car into a 182 Clio Cup racer-inspired track machine, in reality, I think it would be far smarter to keep it in this state of part-road, part-track usability; that way I would continue to use it regularly, which is the most important thing. So, the doors will remain standard and the Clio will not edge below a tonne. But it will, if all goes to plan, have a nose job in the coming weeks – all thanks to one clumsy driver. 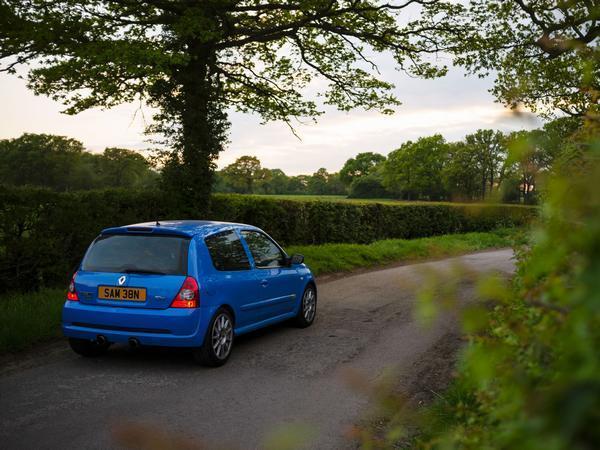 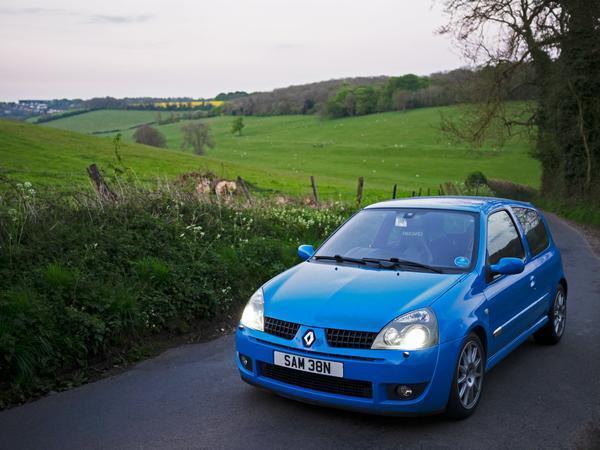