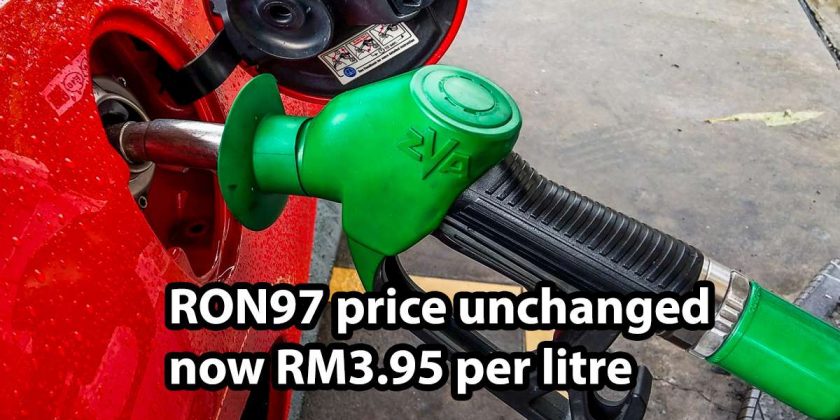 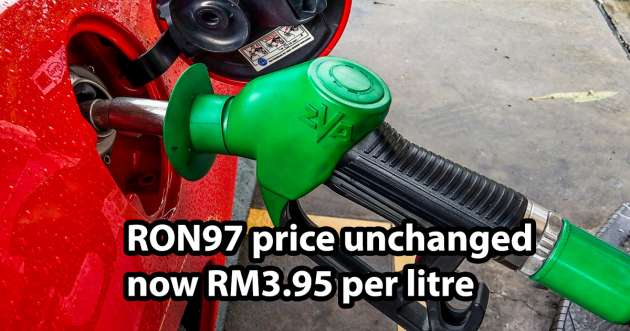 As Wednesday rolls around, so, too does the weekly fuel price update in Malaysia, and the ministry of finance has announced the retail prices of fuels for the coming week of October 20 to October 26, 2022.

Pricing of RON 97 petrol continues in the fourth week of this month from where it was, with no change from the RM3.95 per litre rate of last week. As before, RON 95 petrol remains at its ceiling price of RM2.05 per litre as set by the government in February last year.

Diesel prices similarly stay where they have been, with the Euro 5 B10 and B20 blends priced at RM2.15 per litre as before, while the Euro 5 B7 blend remains at the same 20 margin above at RM2.35 per litre.

These fuel prices will take effect from midnight tonight until Wednesday, October 26, 2022, when the next set of fuel price updates will be announced. This is the 43rd edition of the weekly fuel pricing format for the year, and the 197th in total since the format was introduced at the beginning of 2019.