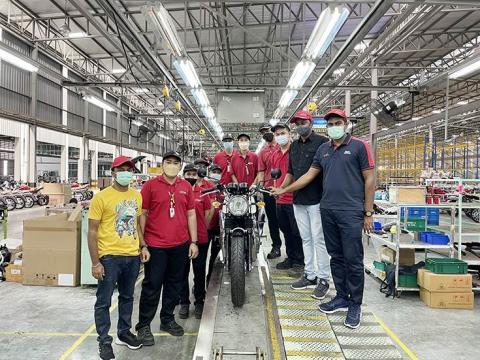 The Thailand unit will serve as a distribution hub for other South-East Asian countries.

Having set up CKD units in Argentina and Colombia, Royal Enfield has now commenced CKD operations in Thailand.

Royal Enfield’s Thailand unit will not only cater to the local market but will also serve as a distribution hub for other countries in the region, including Indonesia and Vietnam. Initially, the Himalayan, Interceptor 650 and Continental GT 650 will be assembled at this facility.

In 2020, Royal Enfield expanded its operations to Argentina. A year later, the bike maker forayed into the Colombian market. The brand has been operating in the Thai market since 2015. It claims to be among the top 5 in the premium, mid-size motorcycle segment in Australia, New Zealand and South Korea.