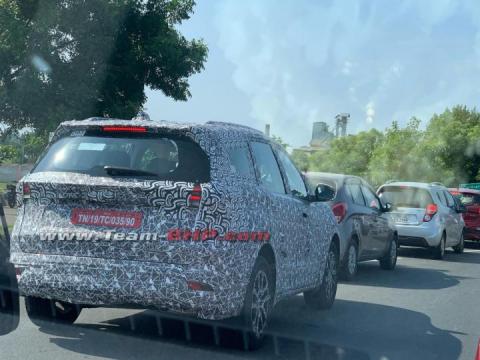 Mahindra is said to have already reduced production of the current-gen XUV500.

The next-gen Mahindra XUV500 is expected to be launched in April 2021.

While we had earlier reported that the current-gen XUV500 could be sold alongside the next-gen model. It is now said that production of the current-gen car will end in January 2021. Mahindra is believed to be testing advanced electronic features for the XUV500, including Advanced Driver Assistance systems.

The next generation XUV500 is expected to be offered with a 2.0-litre mStallion T-GDi turbocharged four-cylinder petrol engine and a 2.0-litre diesel unit. It will also get an optional 6-speed automatic transmission.

The prices of the new car could be increased by Rs. 1 lakh.

Thanks to BHPian Babruvahanaaaaa for sharing this with other enthusiasts.