As the solidarity of NATO is tested due to rising tensions between some of its member states and the Trump administration, and just days before a highly anticipated, and in some cases highly maligned, meeting between Trump and Putin in Finland, Russia has executed a mock raid on a strategic island it controls in the Baltic Sea.

Gogland Island sits smack-dab in the center of Gulf of Finland, which is bordered by Russia to the east, Finland to the north, and Estonia to the south. The eight square mile island is considered a ‘border area’ by Moscow and foreigners can only travel there with special permits. It has long been a military stronghold and is dotted with abandoned military infrastructure from the Cold War. The island is known for its rugged and varied terrain, but these days, besides a communications tower, some lighthouses, a shipwreck, and a small fishing village, there isn’t much there. Its standing population is measured in the dozens of people at any given time, although all this could change during a conflict. 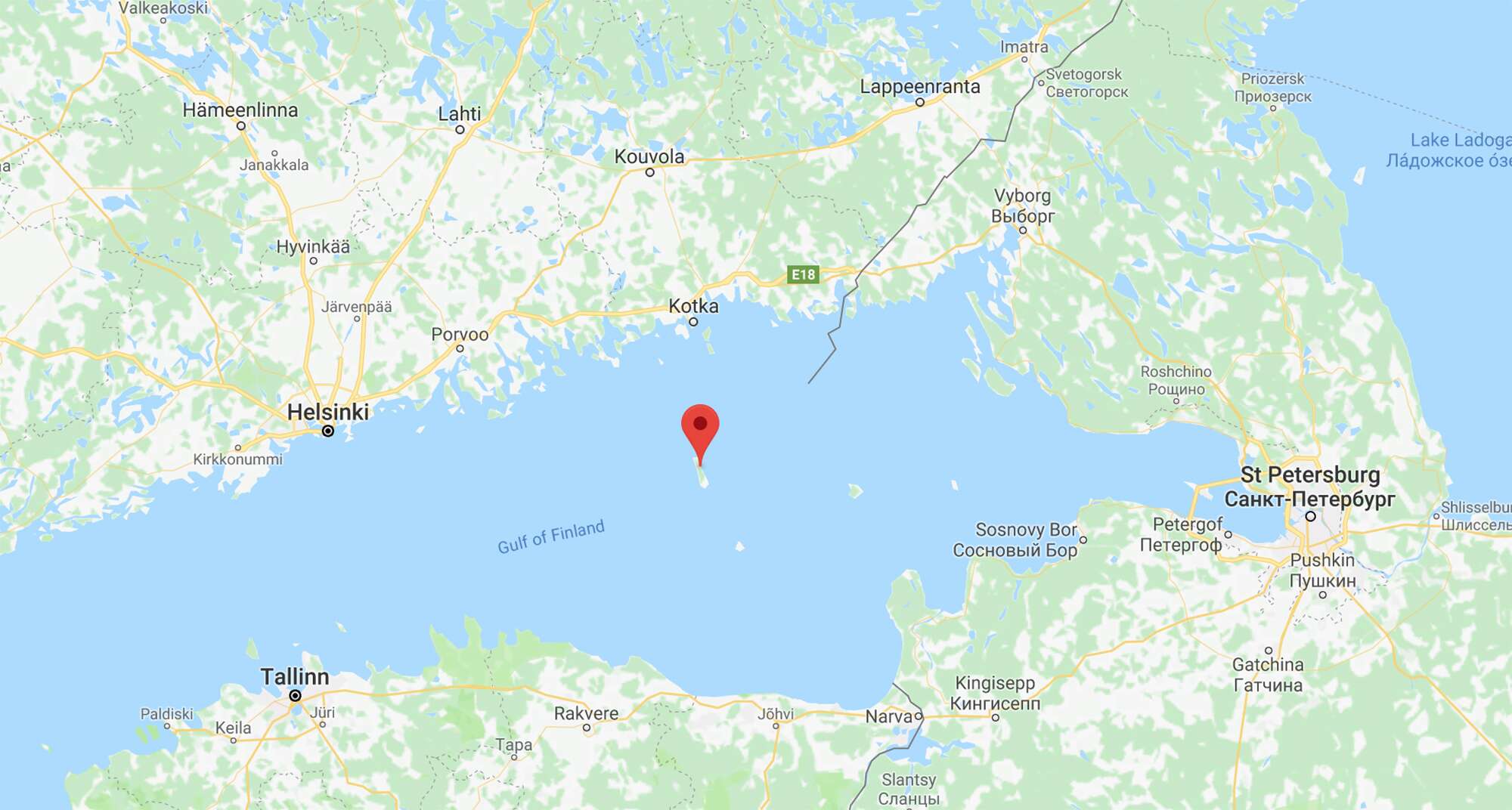 When it comes to the region surrounding the island, suffice it to say that it has become a major hotspot in the last four years following Russia’s seizure of Crimea and a far more aggressive foreign policy in general. Since then, the Baltic Sea has seen everything from a nuclear ballistic submarine wade through its waters to near constant large-scale military exercises. Just recently, BALTOPS, one of region’s largest combined arms drills, wrapped up—a NATO and U.S.-centric training event, like many others, that Russia generally despises.

But Russia also executes its own drills and makes its presence abundantly clear to U.S. and allied aircraft and ships operating in the region. Its exercises include lightning-fast large-scale military buildups along its western borders and electronic warfare tactics that can blot out GPS and even attacks on individual phones of NATO soldiers. Mock attacks by Russian aircraft on critical monitoring outposts have also become common.

But yesterday’s unprecedented display of Russian special operations capabilities was uniquely ominous as it is likely how a war would begin in the region—with commandos infiltrating the edges of its neighbor’s territories and blowing up or otherwise disabling key early warning stations, communications relays, and other critical infrastructure ahead of a larger military push. This is often referred to as ‘poking out the eyes of the enemy.’ And that is precisely what Russian commandoes simulated during the operation.

Servicemen of the Special Military Unit of the Western Military District for the first time parachuted from an altitude of 2500 meters to an unprepared site on the island of Gogland in the Gulf of Finland.

The difficulty of landing on the coast of the island was the unpreparedness of the site and the choppy wind that is characteristic of all the islands of the Gulf of Finland. The special forces left the side of the helicopter Mi-8AMTSH at an altitude of 2,5 thousand meters in 3 kilometers from the island. With a drop to enter the landing site, the paratroopers used satellite navigation equipment. After landing, the scouts disguised the parachutes and advanced into the interior of the island.

Having completed the tasks of deblocking and destroying the objects in the form of targets and targets determined by the training task, the reconnaissance group searched and equipped the landing site for the helicopter. Despite the existence of an operational helipad on the island, the training plan provided for the evacuation of the reconnaissance group from an unequipped area.

Over the shoulders of each scout who took part in the event on combat training, not less than a hundred jumps with parachutes of various types.

Airborne infiltration and helicopter extraction is one way to get in and out after a raid on an island like Gogland, but the use of midget submarines that can operate in the littoral maelstrom that dominates the edges of the Baltic Sea offer a much more covert and survivable means of special operations transportation.

This is no secret to many living in the region as massive sub hunts reminiscent of the Cold War have become major headline grabbers, even internationally. Concern over infiltration of Russian operatives, not just some initial military operation that is a prelude to a shooting war, is a real concern among Russian’s neighbors that have borders on the Baltic Sea. 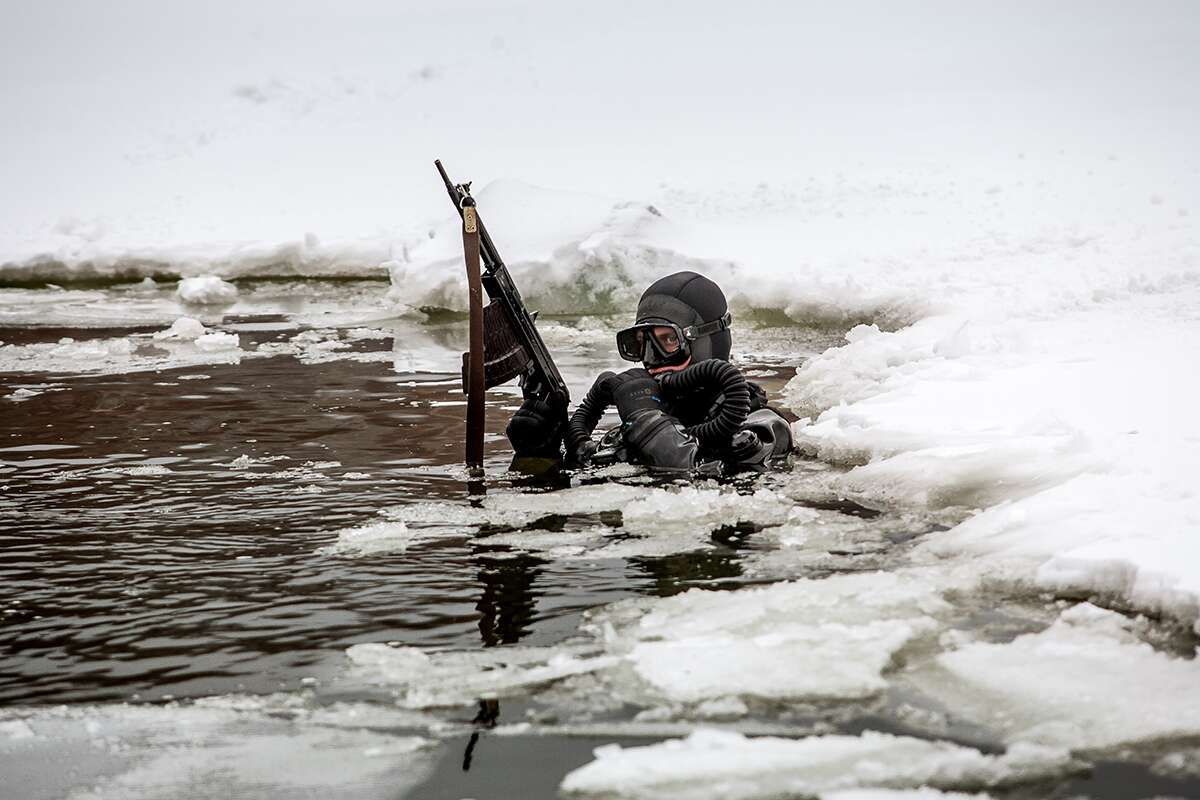 The NATO summit will run through the 12th of July and President Trump’s meeting with Putin in Helsinki, just 60 miles from Gogland Island, is slated for July 16th. We’ll keep a close eye on the region to see if Moscow decides to make any other shows of force leading up to or during these major geopolitical and strategic gatherings.