Russia’s Defense Minister Sergey Shoigu has presented video of the country’s new Su-57 fighter—you can read our full analysis on this often misunderstood aircraft here—launching a new cruise missile from its internal weapons bay. This is the first video we know of not only of this missile being tested, but also of the Su-57s weapons bays in use.

In his statement, Shoigu mentions the Russian Ministry of Defense’s large effort to test and evaluate new weapons on the Syrian battlefield, but it’s not clear if this launch took place over the war-torn country or not. He says the test occurred in February, which is the same month a pair of Su-57s briefly deployed to Syria under puzzling circumstances. That excursion lasted less than two days and what the aircraft were doing there and why they returned home so quickly remains a mystery. It is possible that the Su-57s were there to test the missile on real targets, or the test could have just as easily occurred on ranges within Russia’s own borders.

The missile being launched appears to be the Kh-59MK2, a standoff weapon designed especially for the Su-57 and the confines of its two ventral weapons bays. The subsonic cruise missile has a modular, rectangular design that incorporates some stealthy features and coatings. It navigates using INS with embedded GPS (GLONASS/Navstar). An infrared seeker is used for terminal homing, allowing it to hit moving targets, have its final point of impact fine-tuned for maximum effect, or to be retargeted in real-time. The ability to loiter over a target area is another possibility based on the capabilities of similar designs.

A two-way data-link provides man-in-the-loop control between the missile and the launching aircraft all the way till impact. It would also be capable of hitting targets autonomously, at least stationary ones, albeit without the exacting precision that man-in-the-loop control provides. Range and payload estimates vary widely, but it’s likely to be able to reach targets at least 150 miles away while carrying a 500lb warhead. The modular nature of the design may allow for multiple configurations, such as larger fuel sections to be swapped for smaller warhead sections. But basically this thing is something between Israel’s Delilah and the U.S. Navy’s SLAM-ER. 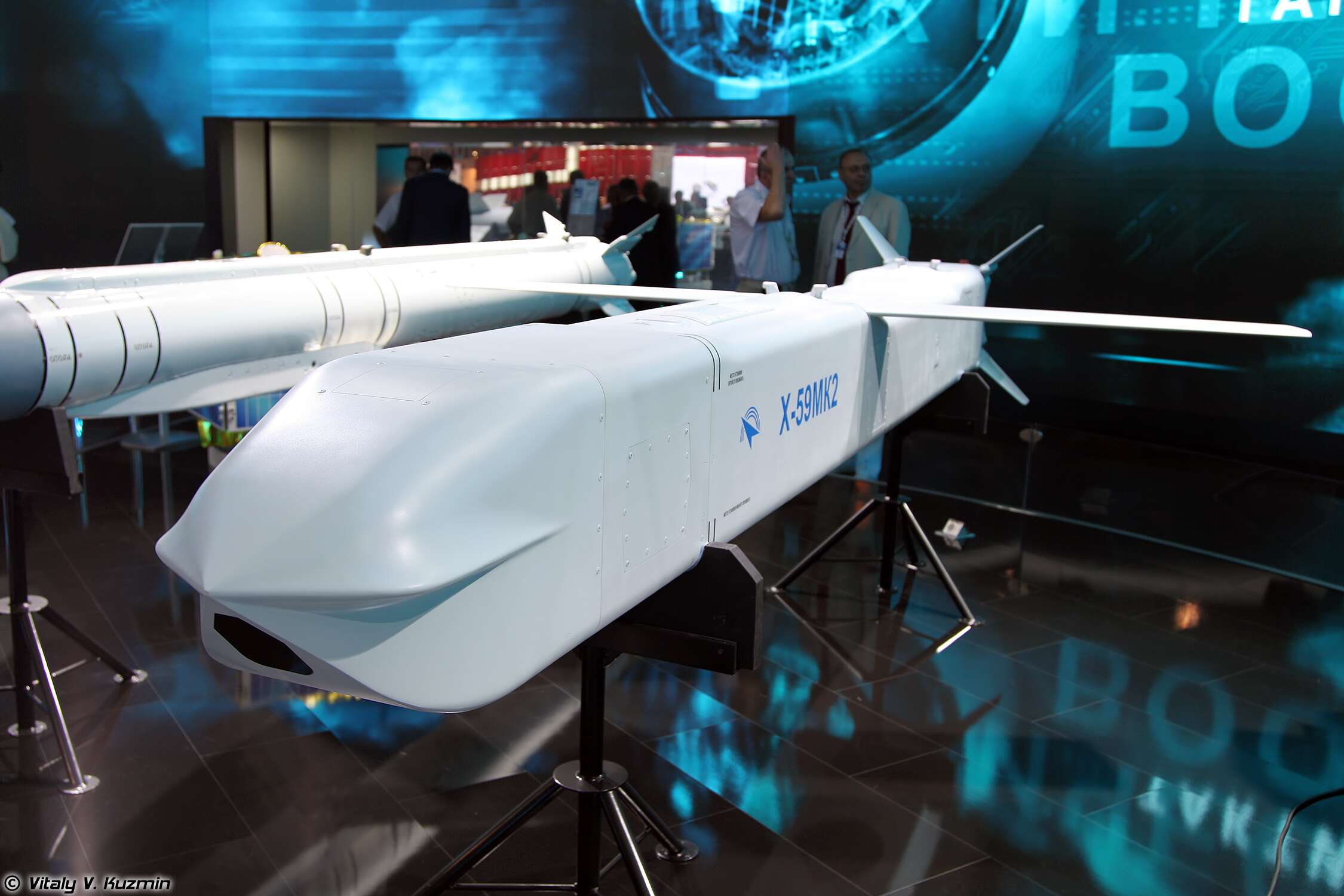 The missile will provide the fledgling Su-57 with a critical standoff attack capability, allowing it to stay far enough away from threatening air defense systems to remain undetected while still being able to attack them, or any targets under their protective umbrella. The use of an infrared seeker also puts maritime targets at risk.

I have already written at length about how the Su-57’s weapons menu is being creatively tailored to overcome some of its most apparent weaknesses, and seeing the Kh-59MK2 enter the testing phase so early in the Su-57s career certainly supports that narrative.

The entire video of Shoigu’s statement can be seen below, with the Su-57 segment beginning at time index 5:30:

If it works as intended, the weapon and its derivatives will also be a highly attractive export product for Russia’s defense-industrial apparatus, and it’s not as if a Su-57 is required to put it to use. Operators of modern Flanker and Fulcrum variants are likely to find its capabilities very attractive as well and Russia could incorporate it onto other platforms once it is operational such as the Su-30/34/35. The big question is will Russia actually buy them in substantial numbers. If Syria has taught us anything, Russia still relies heavily on dumb bombs and unguided rockets for the vast majority of its aerial combat punch.

But at least for the Su-57, of which there are less than a dozen in existence nearly a decade after it was first unveiled, the Kh-59MK2 will provide the jet with some serious standoff precision strike capabilities.