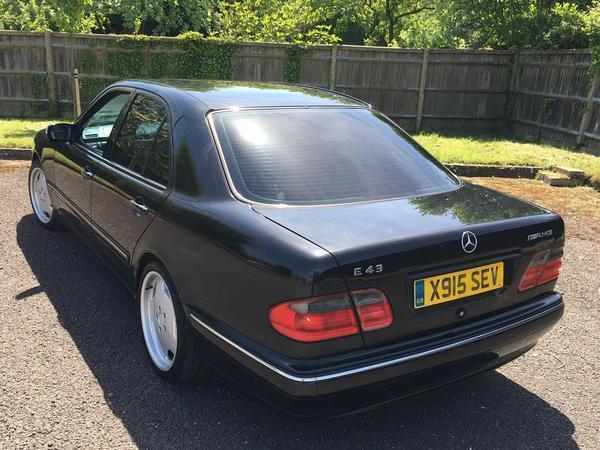 Now, thanks to the virtual demise of natural aspiration and the rise of the turbo, iconic power-Merc numbers no longer bear any relation to the size of the motor, or anything much at all really. The E43 is now a 3.0 V6. The E63 is a 4.0 V8.

Mercedes isn’t the only offender, either. BMW’s M850 has a 523hp 4.4 V8 and Audi has somehow stretched its 3.0-litre A8 into a ’50’. You will have no difficulty finding plenty more examples of this overnaming syndrome if you have a spare two or three hours to fight your way through German manufacturer websites. It’s like a badging arms race. 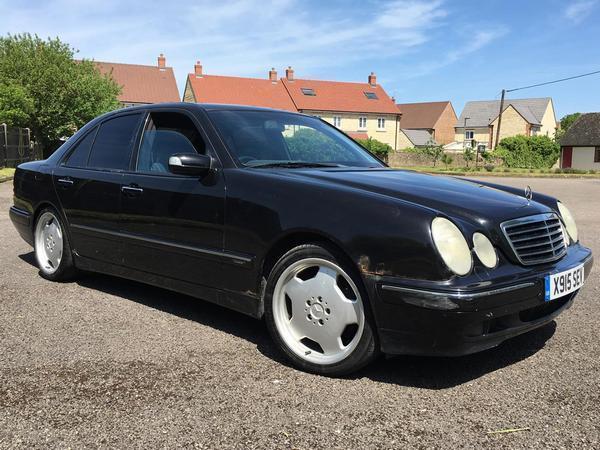 Anyway, from a time when numbers meant something, here is the 4.3-litre E430. With 275hp, it was the most powerful and fastest non-AMG W210 E-Class. The first two years of manufacture (’96-’98) took place in the Daimler-Benz era, the next five under the Uriah Heep stewardship of the disastrous DaimlerChrysler dynasty. Unfortunately, our 2000-vintage Shed falls into the latter category, so it’s no surprise to see visible rust on the offside.

Mercedes covered themselves in shame in the 2000s by pretending that this kind of rust was actually perfectly normal. Warranty work wasn’t always carried out in the way it perhaps should have been. Many long-term customers were lost for ever as a result of the company’s penny-pinching attitude at that time.

As a result, it’s a given that the first few posts under this story will be along the lines of not touching it with your disinfected barge pole etc. But let’s just leave that aside for the moment and look at what else you’re getting apart from iron oxide. 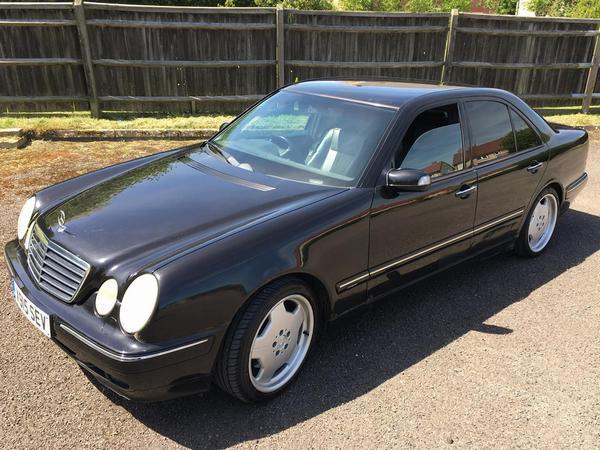 For a start you’re getting six-second 0-60 performance, though it’s also true that, despite V8-based expectations, the 16-plug M113-engined E430 was oddly light on character. Engine mounts are a slightly weak area, probably something to do with the balancing issues that also afflicted M-B’s M112 V6s. The anti-vibration design involved a bimaterial disc on the end of the crank, which was fine until it broke up. Fixing it necessitates locking up the crank, and to do that you need to get at the back of the engine – not a DIY job. Engine mount replacements are cheap and easy to install, though.

The E430’s 722.6 automatic transmission was also used in the C43 and has a good reputation, as long as your car had the later design with magnets in the oilpan to pick up any wandering swarf. Generally, the mechanical package is strong, but it would still be nice to see some paperwork for our Shed because servicing big Germans can be a demanding business.

What with the flimsy body metal and all, you might also want to have a quick glance at the suspension top mounts. Assuming they’re sound, you can then consider the idea of channelling your inner Werner by setting yourself up in some kind of faux-deluxe hen/stag punter-carting business. The gangsta tints are in place, the AMG Monoblocs are on and the ‘0’ has been chipped off the boot badge. 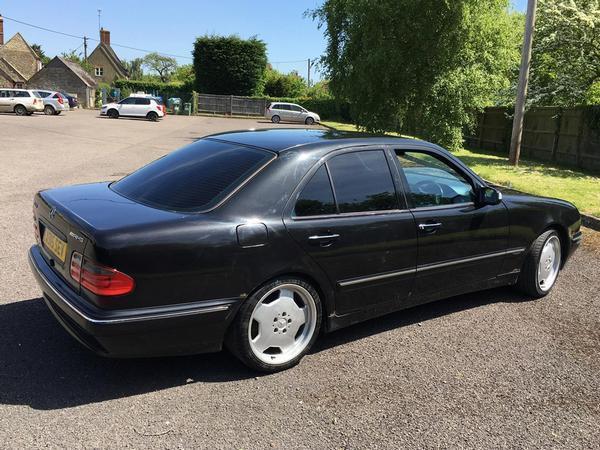 W210 interiors stand up well to the type of abuse a couple of WKD-ed up lassies might dish out. As you’ll be working mainly at night, the brown bits won’t really matter, but for your more discerning clientele you can sort out the lacy wings with a sheet of wet’n’dry and a small pot of Hammerite.

The only structural corrosion issue to be picked up as an advisory by the MOT tester in March was one jacking point, a classic W210 ailment. The vendor tells us that mending it is a half-hour job. That’s a half-hour he didn’t have, obviously, possibly because half an hour could easily turn into half a fortnight if you’re the sort who can’t stop themselves looking a bit more closely at the state of play underside.

But all this is why you can have a V8 Mercedes outside your house for only £1,200. Try to imagine what the buy price would have been if the Benz shareholders hadn’t taken such a greedy and short-sighted decision on quality standards back in the late 1990s. Double that at least.