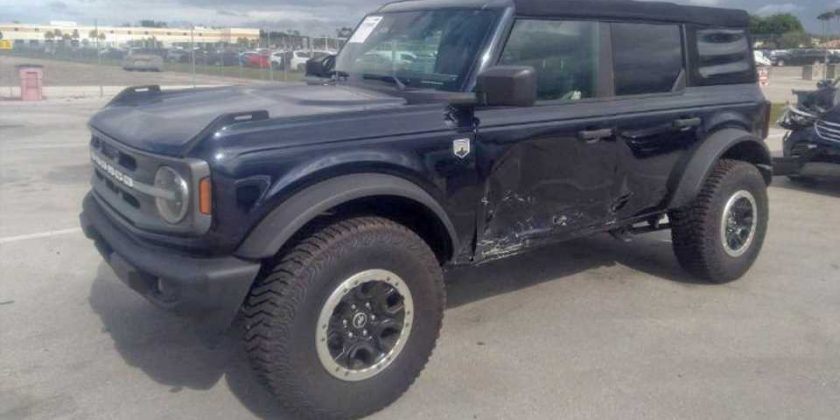 Want a new Ford Bronco without the huge markup? You’re better off custom ordering one and writing up a contract with a dealer for that to happen. After the wait is over, and it may be a long wait, you can get your truck for the agreed-upon dollar amount. But let’s say you’d rather not wait, and you’d never pay full price. What then?

One option that mechanically inclined Bronco fans might be interested in is buying a wrecked example. It’s not ideal, but it could be a lot cheaper, and it’ll be in your driveway a heck of a lot sooner. Two of these sorts of cars are for sale online, as CarScoops first spotted, and they’re both nearly new Broncos listed by Insurance Auto Auctions, a company similar to Copart. The trucks, which are both stored on lots in Florida, have less than 10,000 miles between them.

Before you get too excited, they’re both four-door soft-tops with four-cylinder engines. There are no seven-speed manual transmissions to gush over, either. Really, they’re the sorts of Broncos that were getting built due to parts shortages that hampered the truck’s early production. That being said, they’re still Broncos, and one of them is a blank-slate base trim. 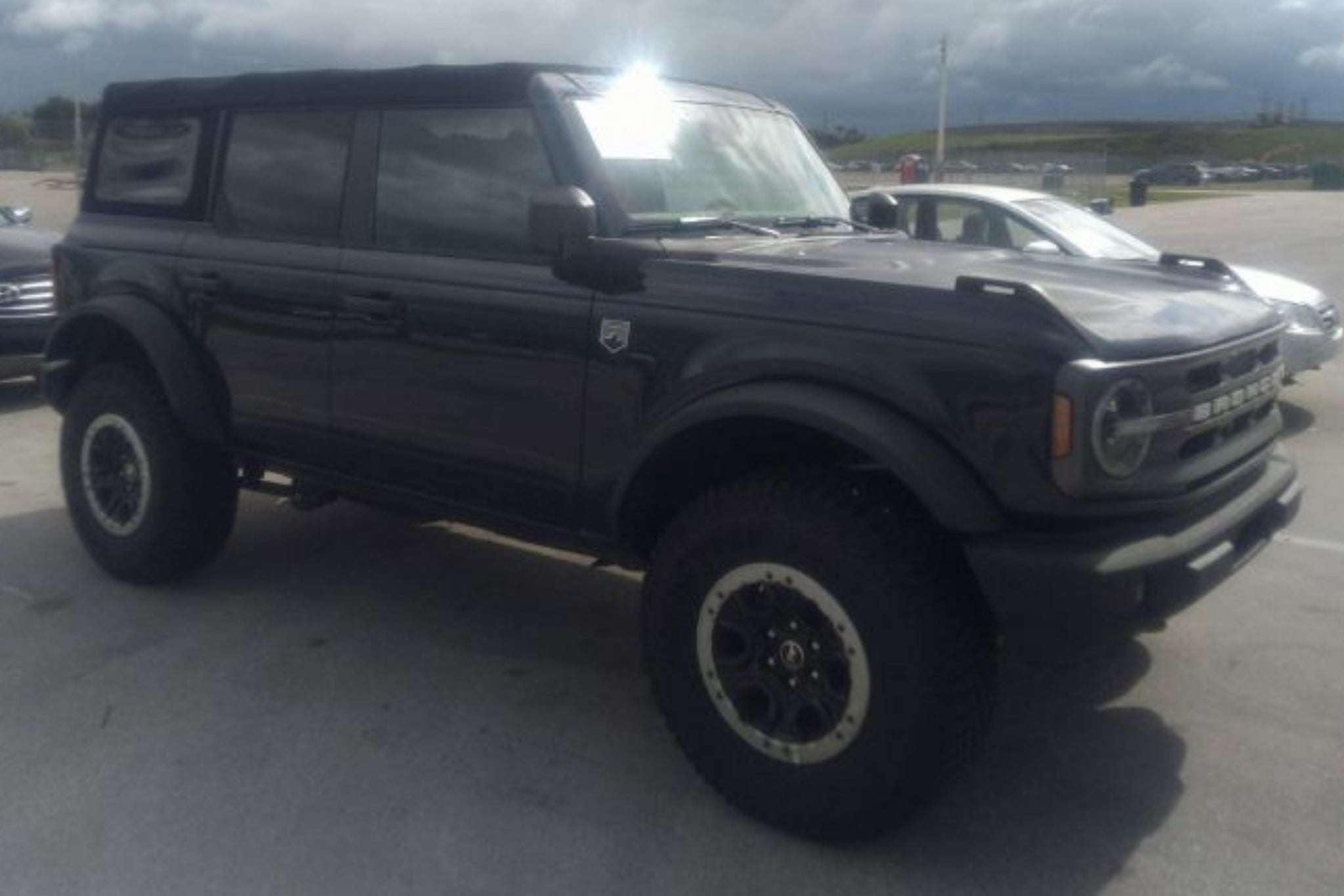 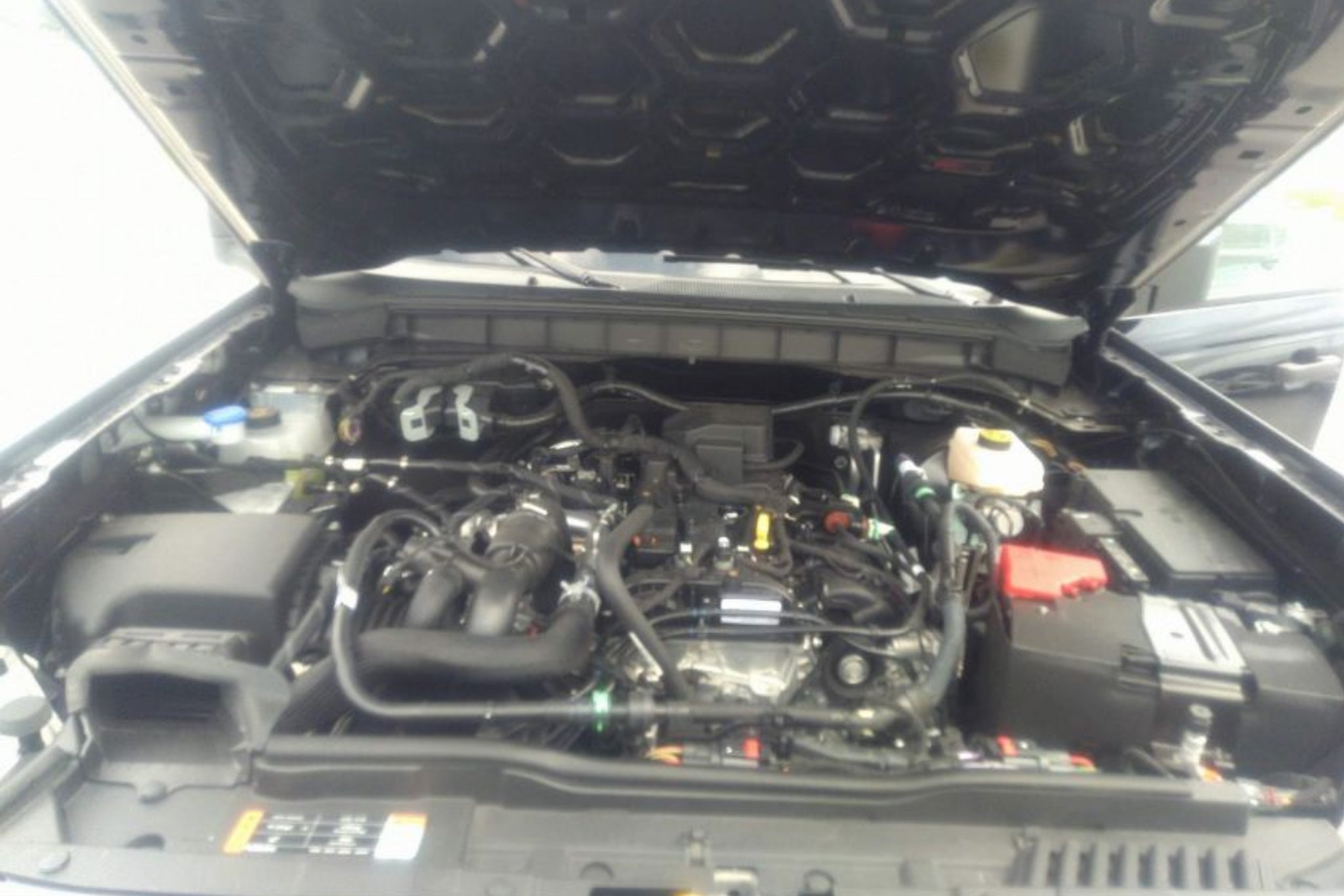 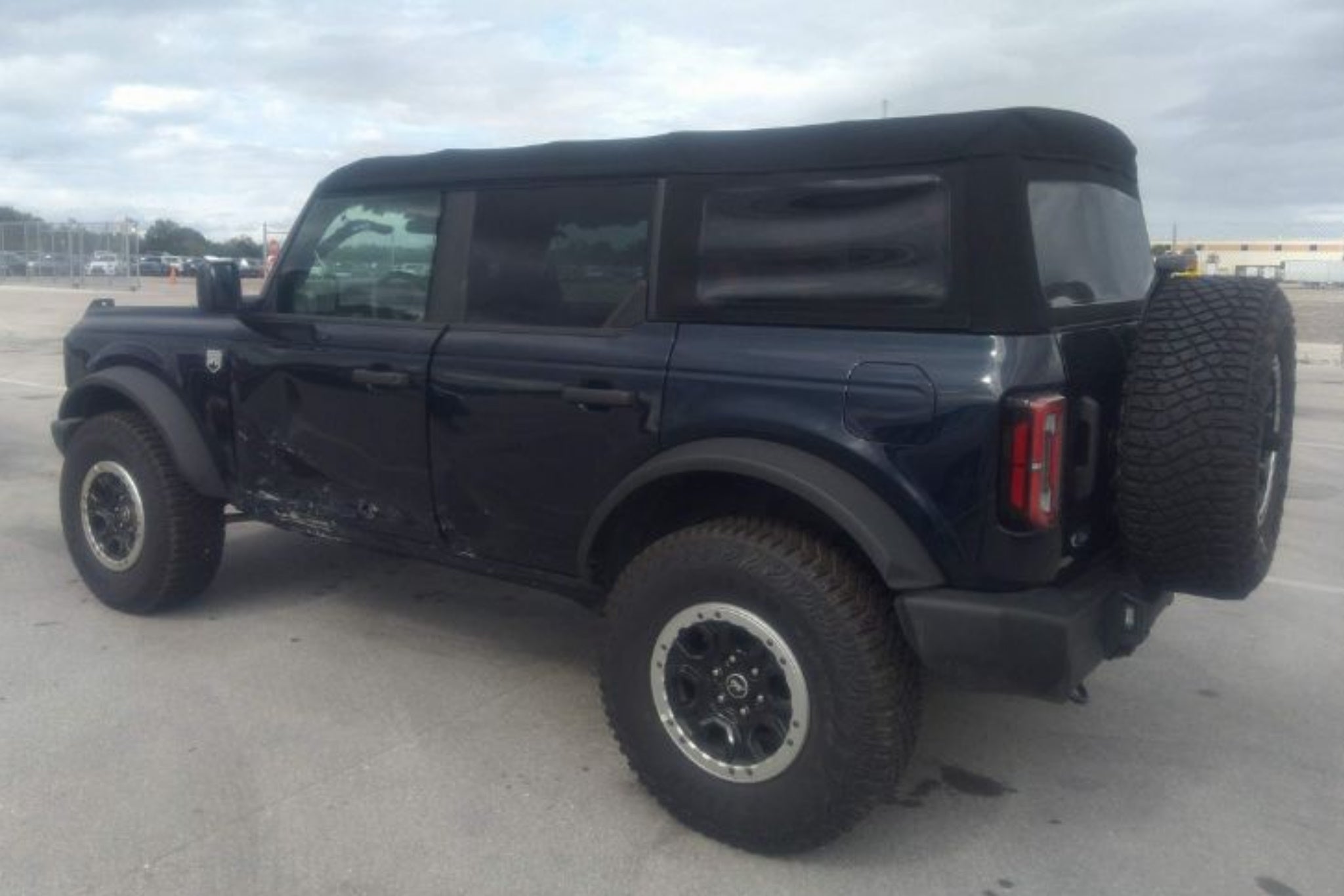 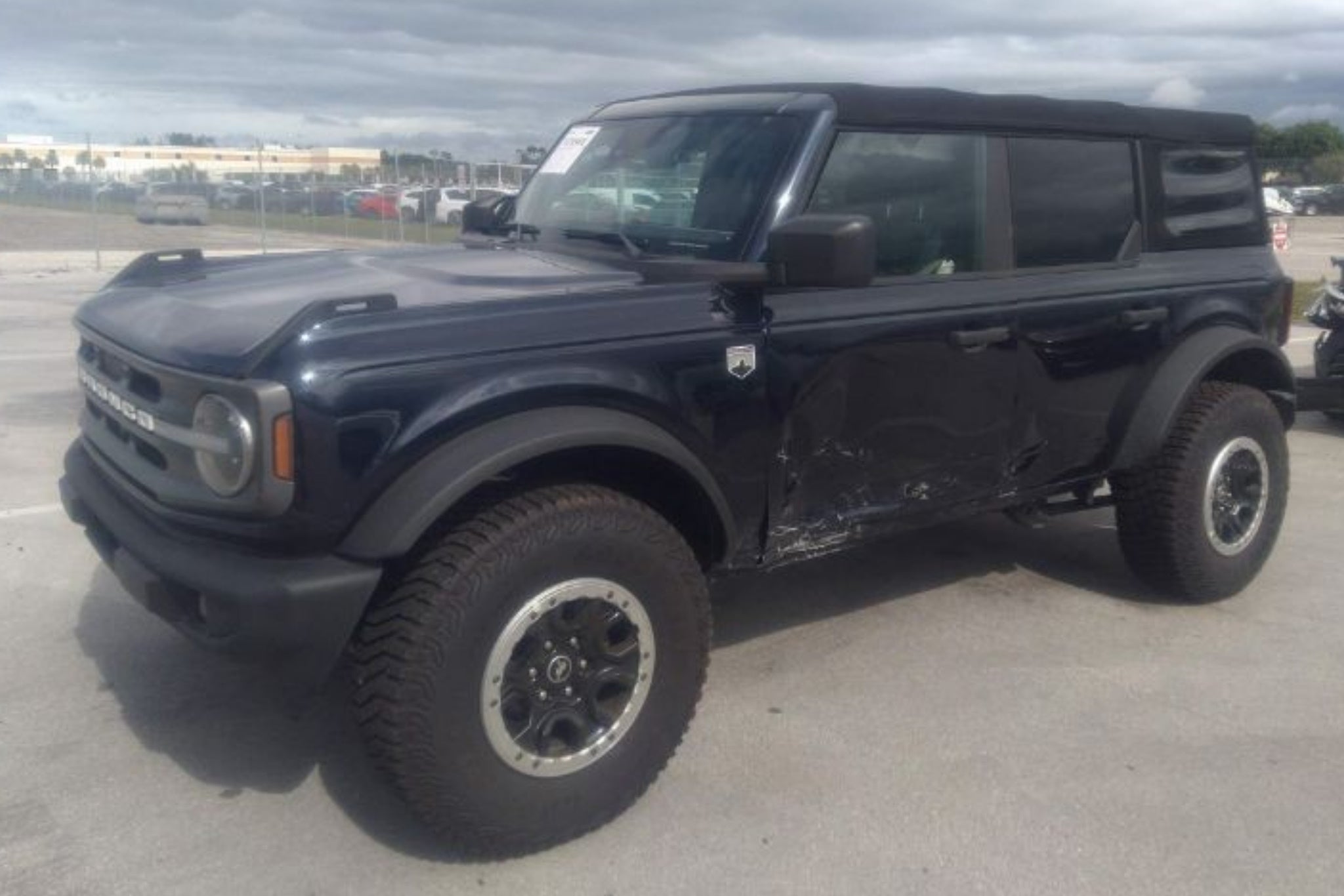 Knowing the value of Broncos right now, it’s almost strange these cars got totaled at all. I could absolutely see somebody with a big fear of missing out in a Bronco Facebook group buying this Big Bend, pictured above, for near MSRP. It has just 2,500 miles, it’s full of doubtlessly valuable parts given the various shortages now, and the damage doesn’t seem that extensive. Although, if it has a bent frame, it’s a different story; it’s listed with a “Rebuildable” title status.

The other Bronco on offer is a lower spec, but the damage seems even less significant. It appears that this base model truck was rear-ended with the external spare tire still mounted on the back. The listing describes it as having damage to the front and rear; however, the only damage I can spot is a bashed-in tailgate. There’s probably more damage associated with the collision, but it isn’t visible in the photos, shared below. This one has a “wait title” status, which means it’s awaiting saleable title documents from the seller or DMV, according to IAA’s website. 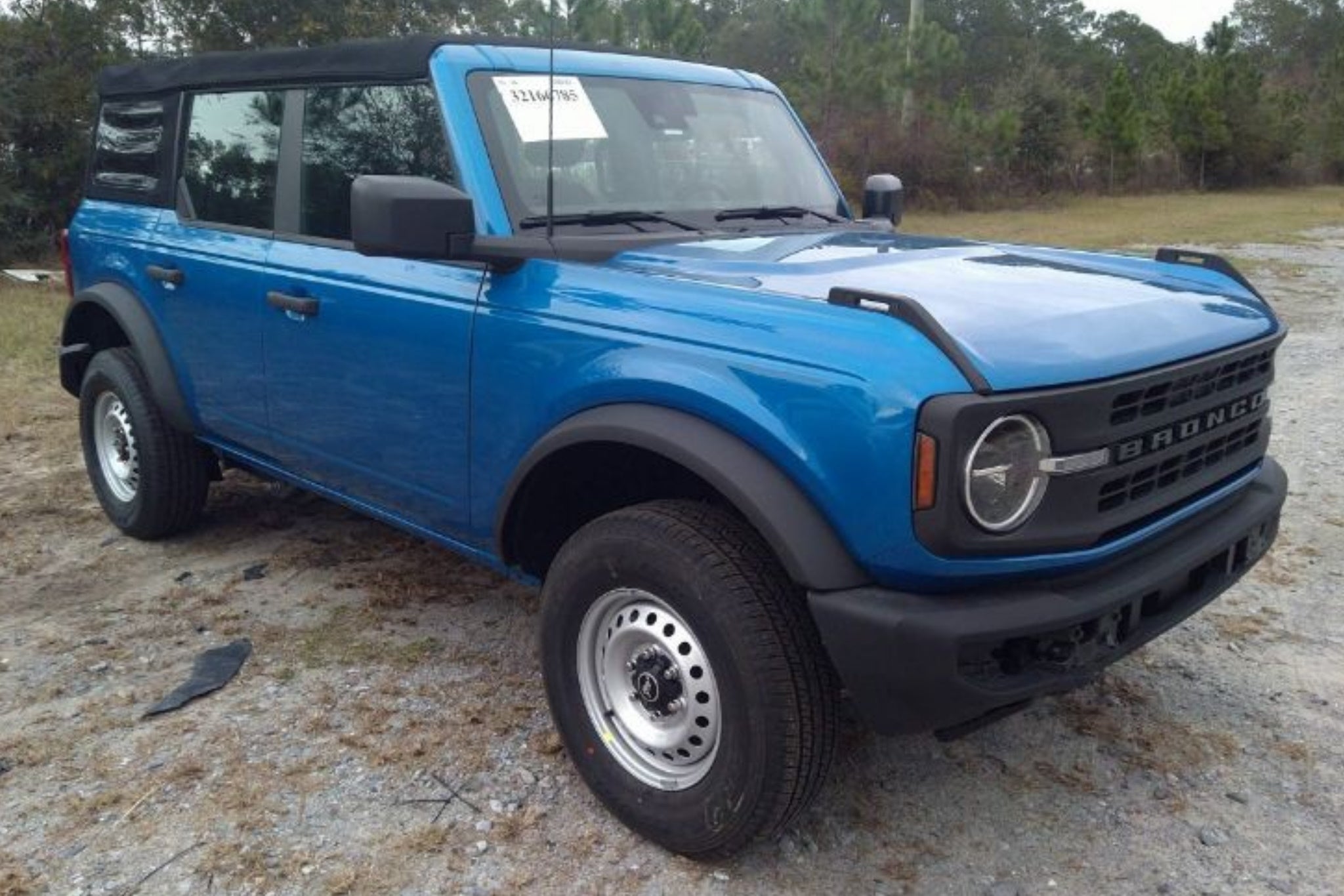 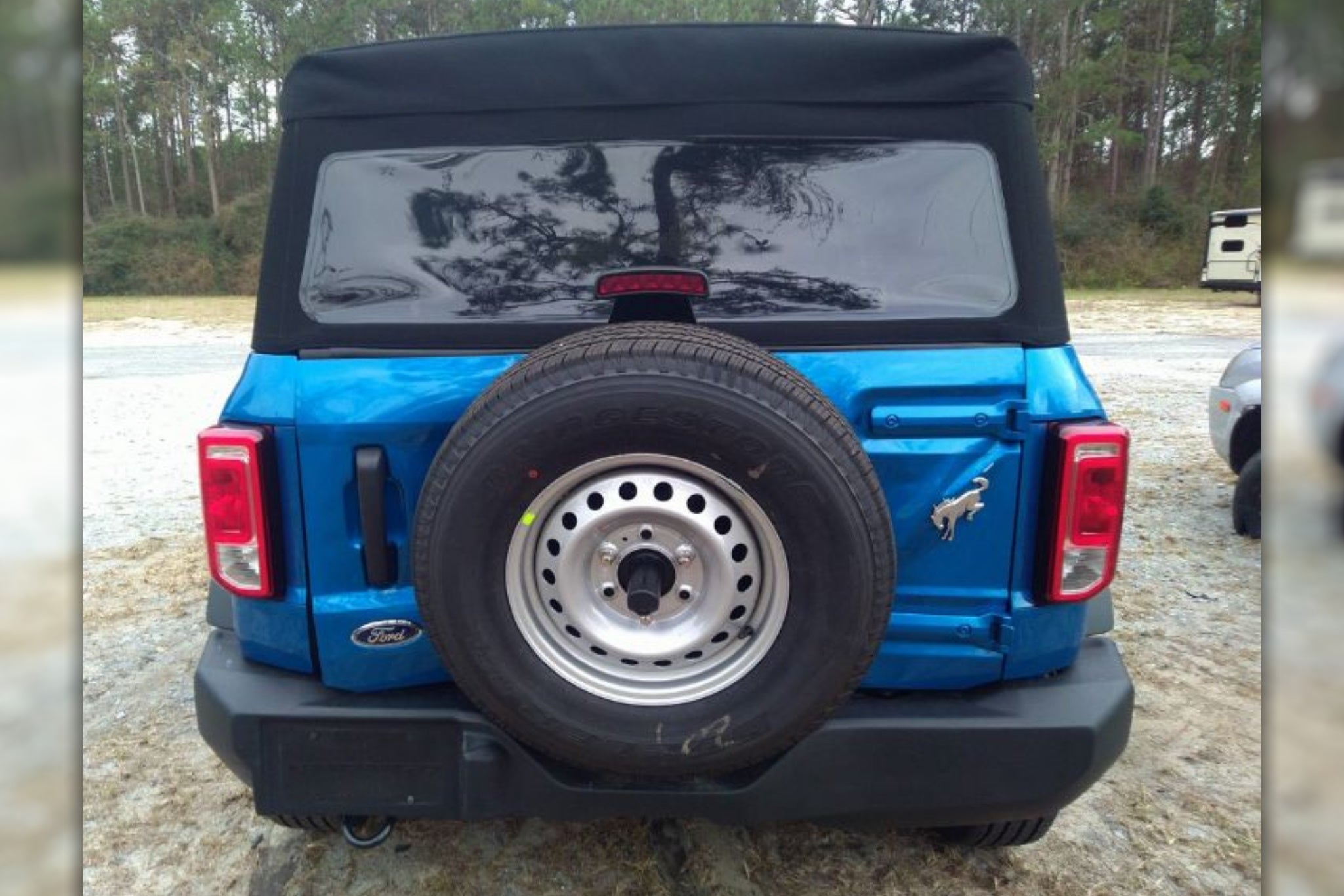 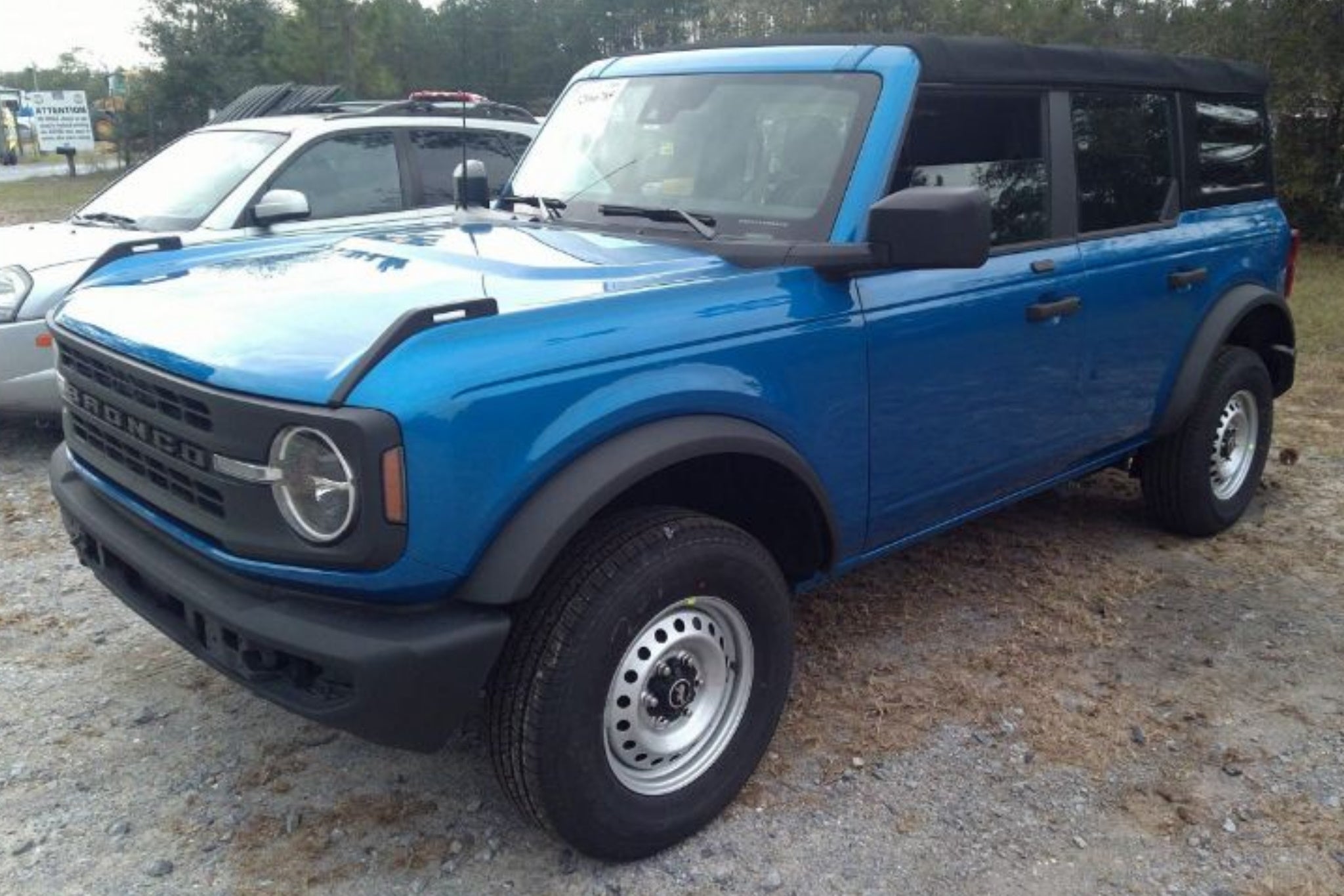 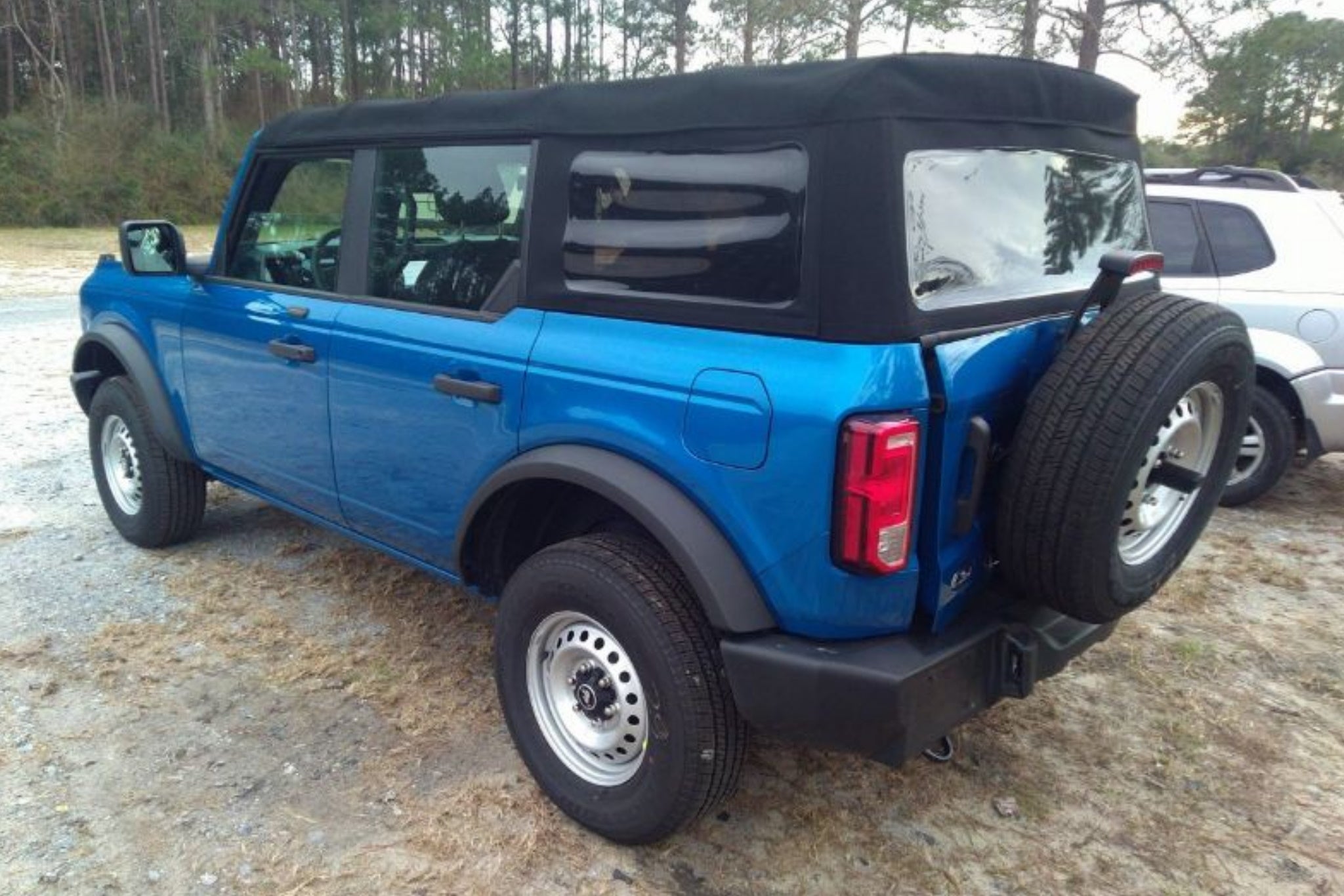 Just the same, the interior is clean from what I can see in the pictures. As anyone who’s bought a used car knows, the photos in the listing can hide a lot of flaws. It’s not like there’s a big stain where somebody expired in the back seat of this thing, though—it’s hard to tell why exactly it was sent to the junkyard based on the photos provided. I say all this well aware of the fact that one random commenter has surely been under this thing with a floodlight and a microscope, ready to absolutely flame me.

As far as where and when these cars will be auctioned, that hasn’t been posted on IAA’s website yet. If you’re interested in one of these trucks, you’ll just have to lurk around the listings until that information is posted.