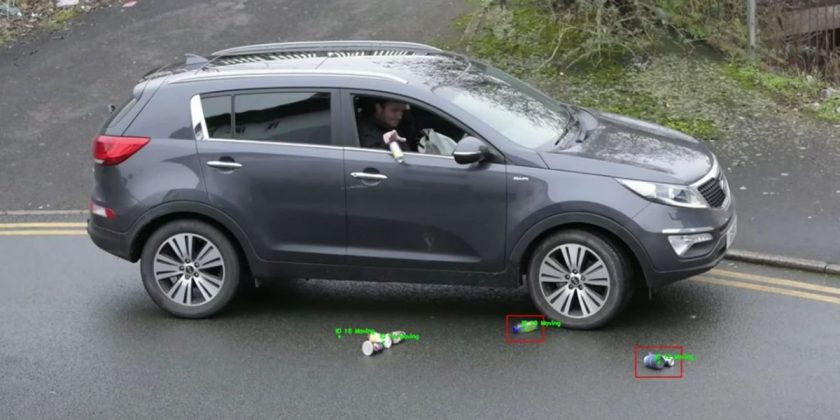 Drivers lobbing rubbish out of their cars has been a problem for years, but amidst the backdrop of Covid-19, it’s only gotten worse.

The Sunday Times recently reported that litter pickers arranged by the local council in Mainstone collected an astonishing 1950 tonnes of litter over 12 months. This represents a 250 per cent rise on the year before, costing the local council £1.2 million.

For those who are contributing to that figure from cars, enforcement is easier said than done. Up until now, this has required someone being caught in the act and slapped with a fixed penalty notice, which very rarely happens. One solution being trialled is a smart surveillance system called ‘Littercam’.

According to the company that makes it, the patent-pending technology “uses Artificial Intelligence to remotely detect vehicle-based littering offences”. It even appears to be able to recognise the kind of litter being unceremoniously hurled out the window by the offender and can detect items as small as cigarette butts.

The footage is securely sent to a human to ensure the machine hasn’t made a mistake, at which point the DVLA is contacted to obtain the details of the car’s registered keeper. A week or two later, they’ll have a lovely fine of up to £120 landing on their doormat.

The cameras will be rolled out first in Maidstone, with Wigan soon following. There are plans to introduce them in Sheffield too, and if these early trials are successful, other regions will no doubt want in. In Maidstone, it’s hoped the technology will help increase annual fixed penalty notices from around 200 to over 1000.