In late Spring the Special Operations Forces Industry Conference (SOFIC) kicks off in Tampa, Florida. Part of the festivities includes a large and rare public display of America’s special operations capabilities. The spectacle, which takes place on Tampa’s harbor, has grown increasingly complex over the years. It now includes assaults from multiple domains, opposition forces, hostage rescue scenarios, and thousands of blanks fired off as part of the mock battle.

This year, from the air the MH-6M Little Bird and MH-60M Black Hawks were the stars of the show. An MC-130 also dropped in operators from on high. On the water, rigid-hull inflatable boats and SWCCs in their Special Operations Craft-Riverine take center stage. On the ground, Flyer-72s and MRZRs rush the bad guys to save a hostage—the Mayor of Tampa. And this demonstration isn’t just limited to U.S. military operators. Polish, Finish, and Colombian special operations forces, along with members of the FBI’s Hostage Rescue Team and others can be seen working alongside their USSOCOM counterparts.

Some may be surprised hearing the ripsaw sound of miniguns opening up in an urban setting here in the U.S., but one has to remember that Tampa has a deep connection with the special operations community. The United States Special Operations Command is headquartered at MacDill AFB that sits in the center of Tampa Bay, and the region is stacked with key military installations, many of which have direct ties to the special operations mission.

It’s also an opportunity not just to show off to convention goers what the U.S. and its allies bring to the table when it comes to special operations, but also to let the public see and appreciate what they do. Above that, it’s training. The stress of a crowd can be a powerful factor, especially when it comes to executing an intricately timed and complex operation in a confined space like this. And it’s not like special operators don’t already train in big cities around the United States, but in those cases, the public isn’t exactly invited to get a clear view of the operation. 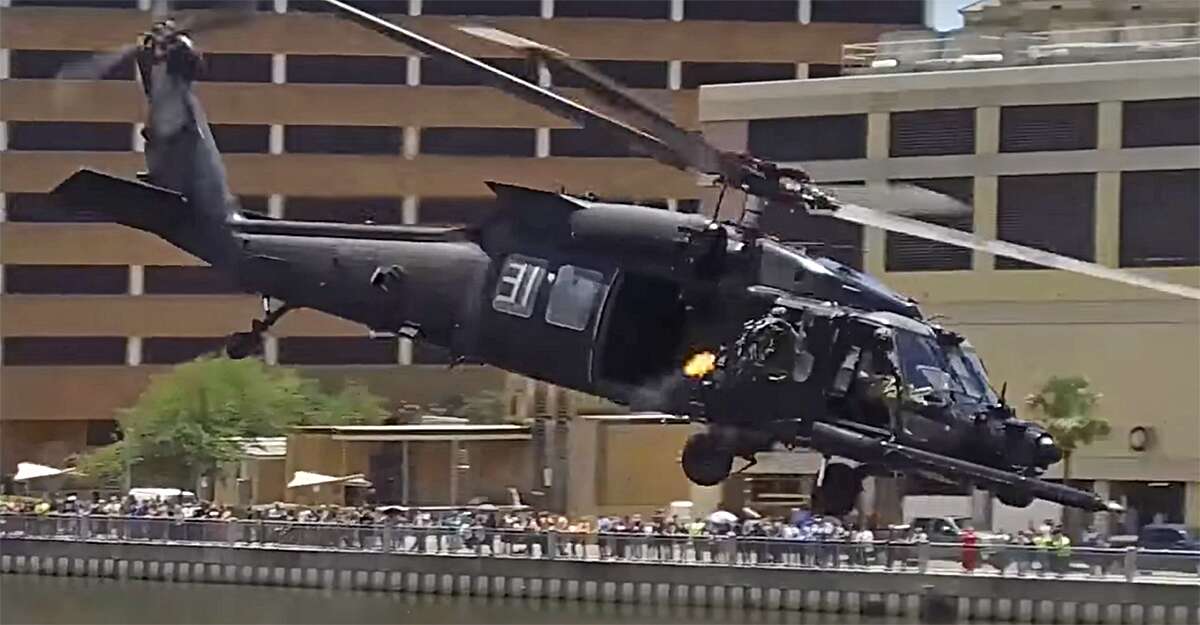 These types of special operations demonstrations are commonplace in many other countries, with the Middle East taking a special affinity to them, and some are far more over the top than the one in Tampa.

Earlier in the month, Jordan held its own special operations convention known as SOFEX along with the 10th annual International Warrior Competition. During these events, Jordan executed demonstrations at its ‘Disneyland-like’ training compound, the King Abdullah II Special Operations Training Center (KASOTC) and at King Abdullah II Air Base. The air base demo included the use of a three-sided, multi-story ‘doll house’ close-quarters battle set, which was quite a novel addition.

With the importance of special operations forces growing around the globe, these demonstrations will only become more elaborate with each passing year.