In 1968, the Ford GT40 won its first 24 Hours of Le Mans under a private team. To mark the 50th anniversary of this occasion, Superperofmance will rollout an honorary car at SEMA 2018.

Called the Future GT Forty, it will combine both the past and present.

On the surface, the Future GT Forty will use one of Superperformance’s GT40 MkI chassis. It’s not a replica either, but rather a continuation of the original.

Built under license from Safir GT40, this car will carry a P-series number. This makes it virtually indistinguishable from the original MkI GT40 from the 1960s. Even most of the parts are interchangeable with the original as well.

There’s one key difference between the Superperformance version and the Ford one though. Instead of the 302 Windsor engine in the original, the Future GT Forty will get the running gear from the Ford GT. 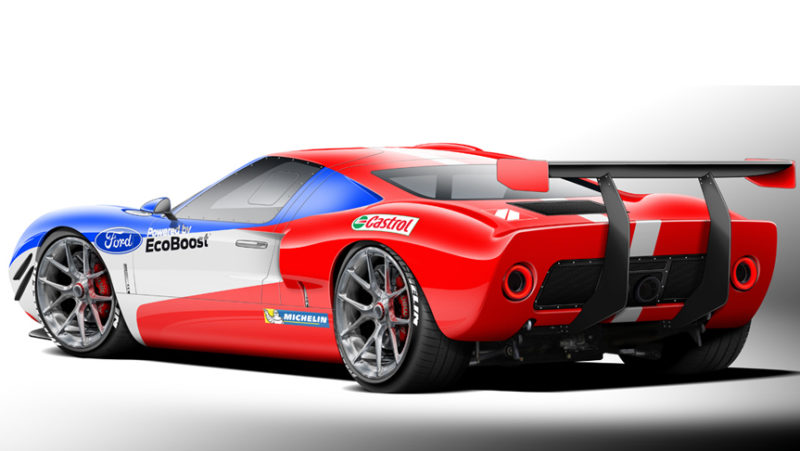 This means a twin-turbo 3.5-liter V6 pumping out at least 647hp and 550lbft of torque. We say at least because according to Superperformance, the V6 gets a custom-made Magnaflow exhaust system and Garett turbos. Depending on those updates, it could boost it over the 700 mark.

Regardless of its final performance number it’s way more than chassis 1075 that won Le Mans. That car made just 425hp.

Other additions to the Future GT Forty include a set of custom HRE wheels and modern lighting. It also gets a robust Quaife five-speed transaxle, Centerforce clutch, and Ridetech air suspension.

The interior is also custom made and features modern seats, gauges, and insulation.

To finish off the Future GT Forty, Superperformance will honor the current Ford GT race car. While not exactly the same, its livery draws heavily on the LMGTE car that finished third in class at this year’s Le Mans.

It’s unclear whether or not Superperformance will offer this as a more permanent part of its lineup. Although, given that most of its vehicles are rolling chassis, anyone could theoretically do something similar.

The Future GT Forty will make its grand debut on October 30 at the Magnaflow booth.