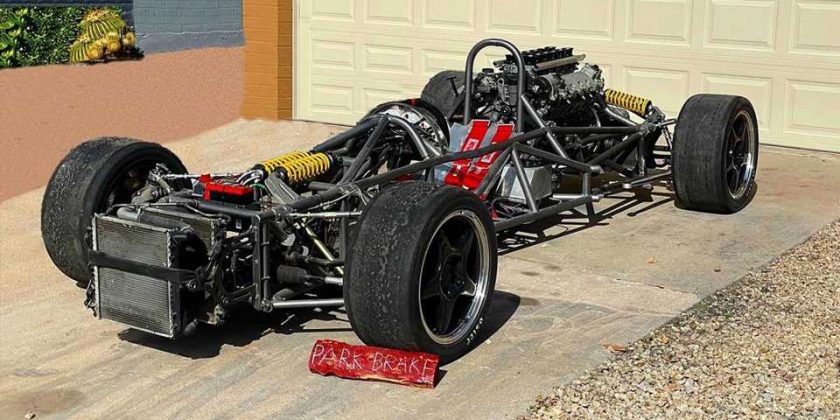 Up until now, DIY engineering mastermind Wesley Kagan’s PorscheKart featured most of a first-generation Porsche Boxster S’ drivetrain, only to do better on the race track thanks to shedding heavy parts like the body and two-seater interior. Since finding more room in his garage for other projects, Mr. Kagan also built a 1973 C3 Corvette originally thought to be powered by a naturally aspirated Mercedes-Benz V12 (M137) derived from the 1998 S/SL 600. However, when he got wind that his Corvette could get a twin-turbocharged Mercedes-Benz V12 instead, the already-built naturally aspirated twelve-cylinder slotted for the ‘Vette quickly found its way into the flat-six open-wheeler.

You know how these things happen. After 3D-printing a semi-functioning V12 designed in just two and a half hours just ahead of making a Freevalve-headed Mazda Miata four-cylinder do its magic, it’s perfectly normal to realize that a fairly-compact 5.8-liter V12 could fit a custom PorscheKart—especially with individual throttle bodies already added and 24 spark plug cables on order. Yep, this briefly produced Benz twelve happens to be a twin-spark unit. 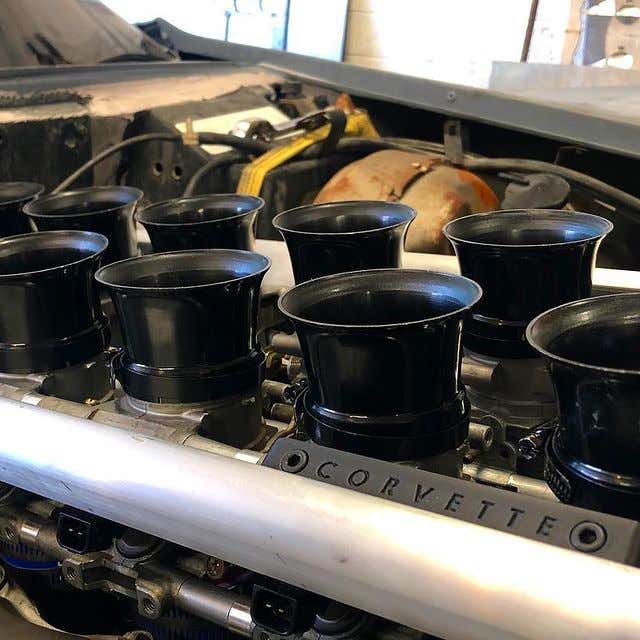 On the other hand, the later, twin-turbocharged Mercedes-Benz M275 is such a great V12 that a dry-sump AMG version of it (the M158) serves as the heart of the mighty Pagani Huayra, which is now tuned to 827 horsepower for the Imola track special. Knowing this, Wesley Kagan now wants to see this V12 in his 1973 Corvette project. As the C3 goes twin-turbo, the PorscheKart ends up with twice the number of its original cylinders, all while maintaining the weight figure of a 1953 Porsche 550 Spyder, the lightest endurance racer built by the factory.

Sure, the exoskeleton of the Porsche-based open-wheeler had to be cut to remove the rear subframe. On the plus side, this 60-degree, all-aluminum SOHC V12 from the other side of Stuttgart features three valves per cylinder to produce at least 362 horsepower and 391 pound-feet of torque, which should be more than enough to make this the sketchiest budget-homage to an early ’90s Formula 1 car. Mr. Kagan intends to use the stock Porsche clutch and gearbox assembly with this significantly more powerful and torquey V12, hoping that the Boxster S was just as overbuilt for its 3.2-liter flat-six as the 911s before it.

The welding master will also construct a firewall this time, along with a much needed taller rollbar. Meanwhile, that 1973 Corvette waiting for its turn should pack no less than 493 horsepower, all while we keep waiting for the cam-less Miata engine to rev beyond our wildest dreams. Stay tuned for that, and remember: all engines fit, eventually.

Except for Cadillac’s twin-turbo Blackwing DOHC V8, that is.