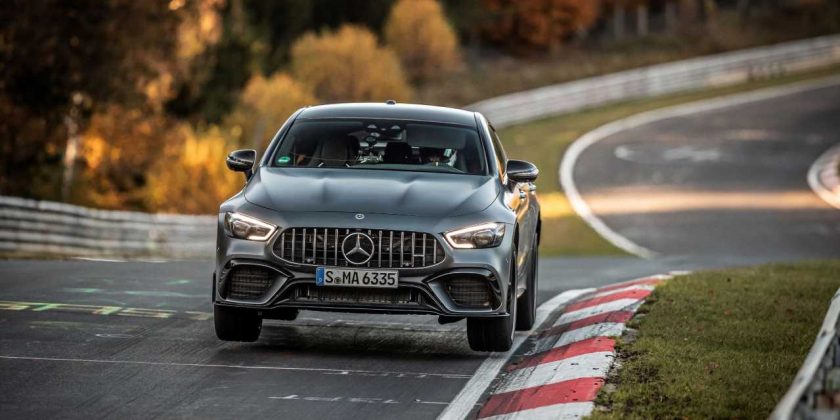 Winter might be just around the corner but before the snow, ice, and misery arrives, Mercedes-AMG is sneaking in what will probably the last Nürburgring record of the season. Surprisingly, it isn’t a confirmation of the GT Black Series’ alleged production car record. Rather, the AMG flagship’s more practical sibling—the GT 63 S 4-Door—is now officially the quickest “luxury class vehicle” to lap the Nordschleife, besting the Porsche Panamera’s executive car record set just three months ago.

Driven by AMG development engineer and former racing driver Demian Schaffert, the four-door GT went around the ‘Ring’s 12.9-mile Nordschleife track in 7:27.80, precisely 2.01 seconds quicker than the aforementioned equally powerful Porsche (and transitively, beating Chevy’s C8 Corvette). Both the AMG and the Panamera produce exactly 630 horsepower according to their respective manufacturers. 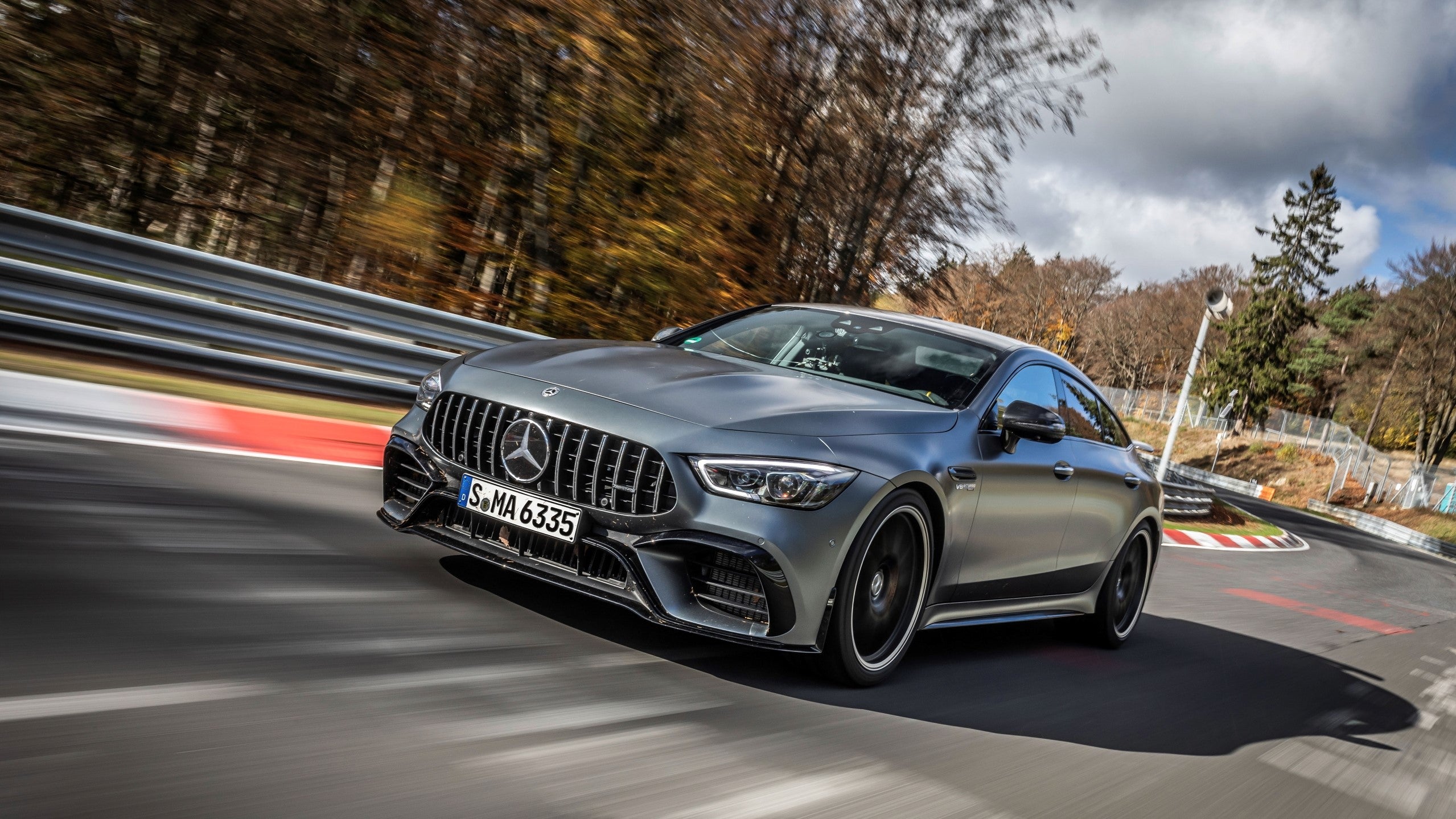 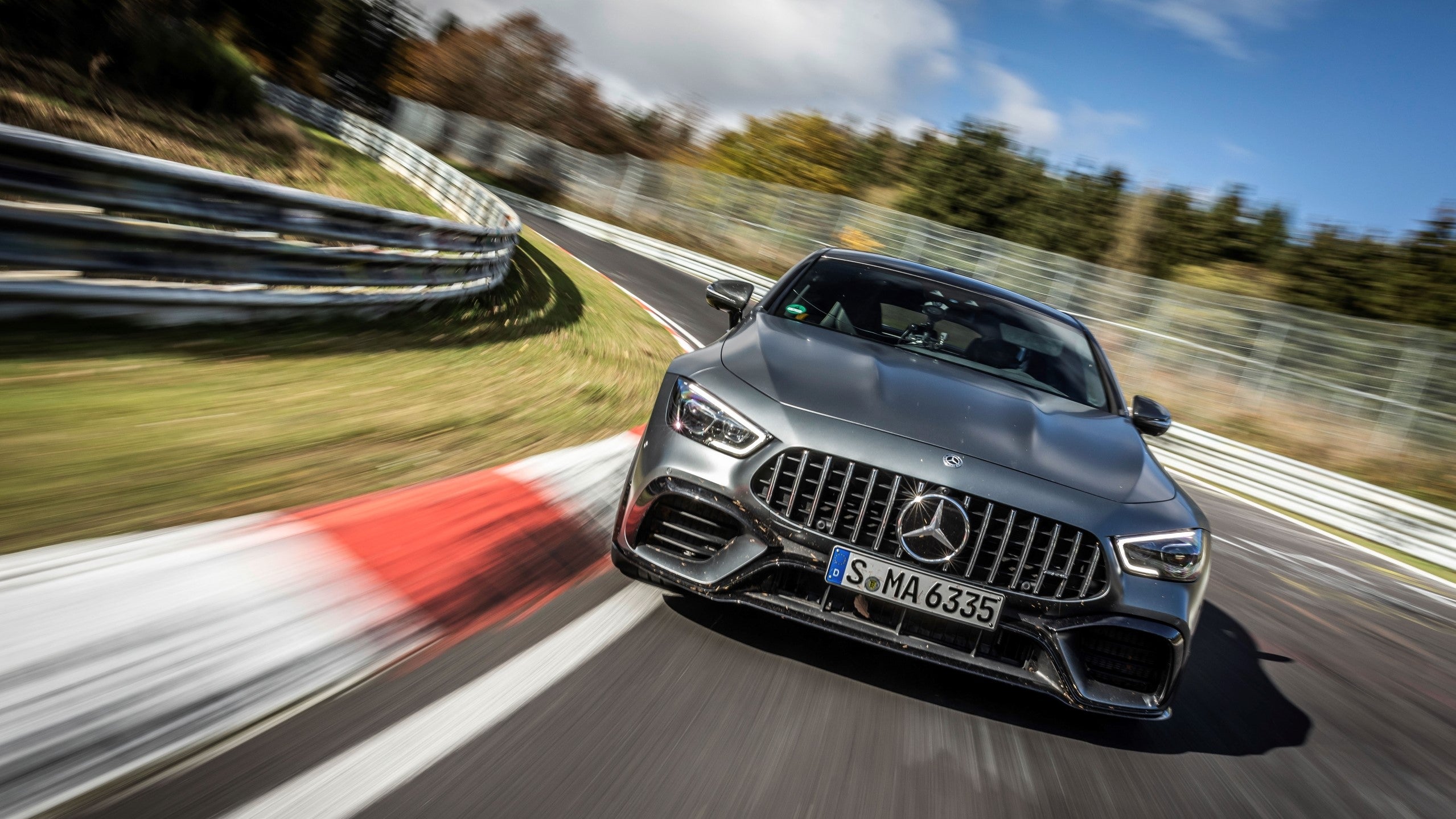 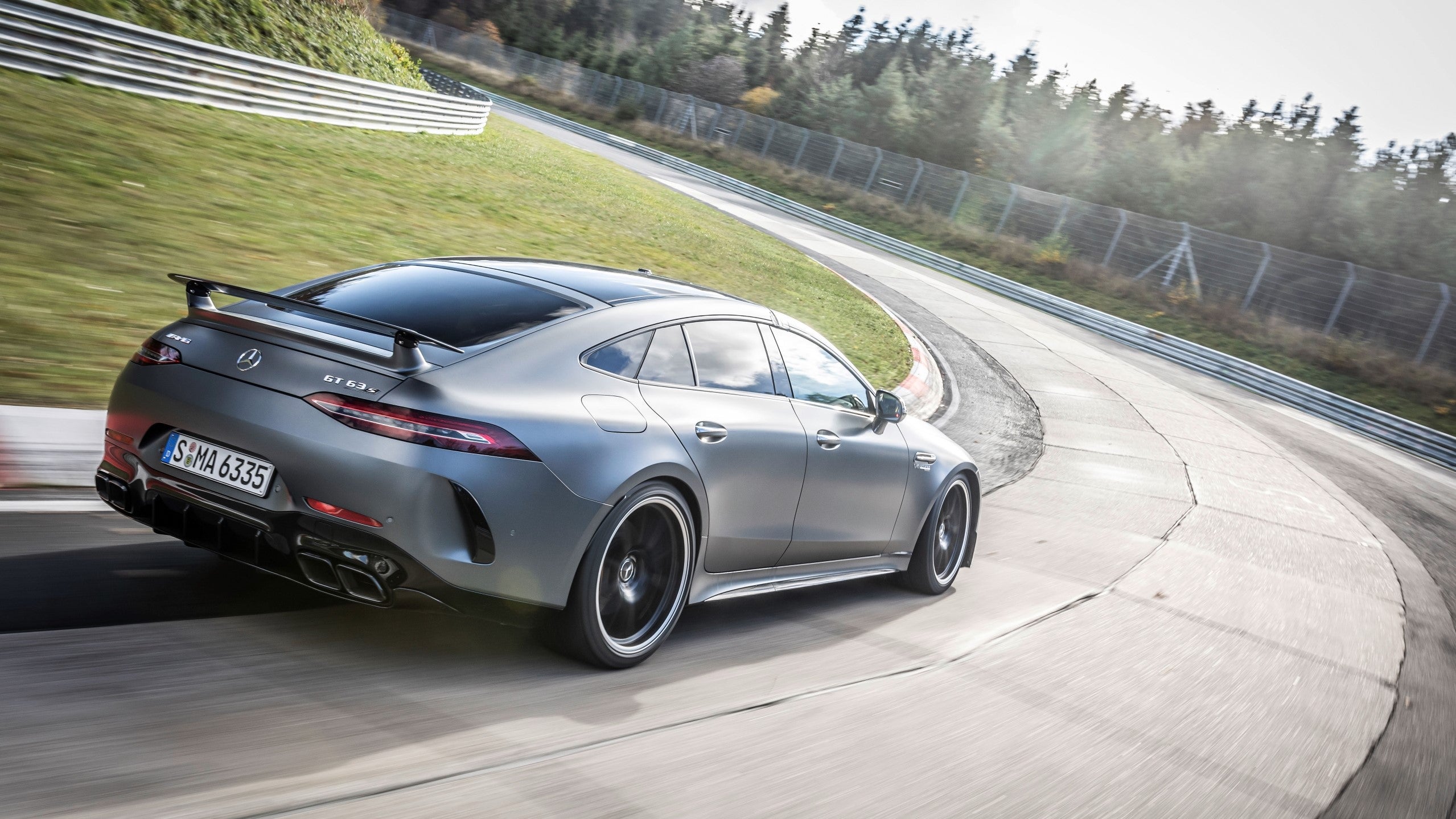 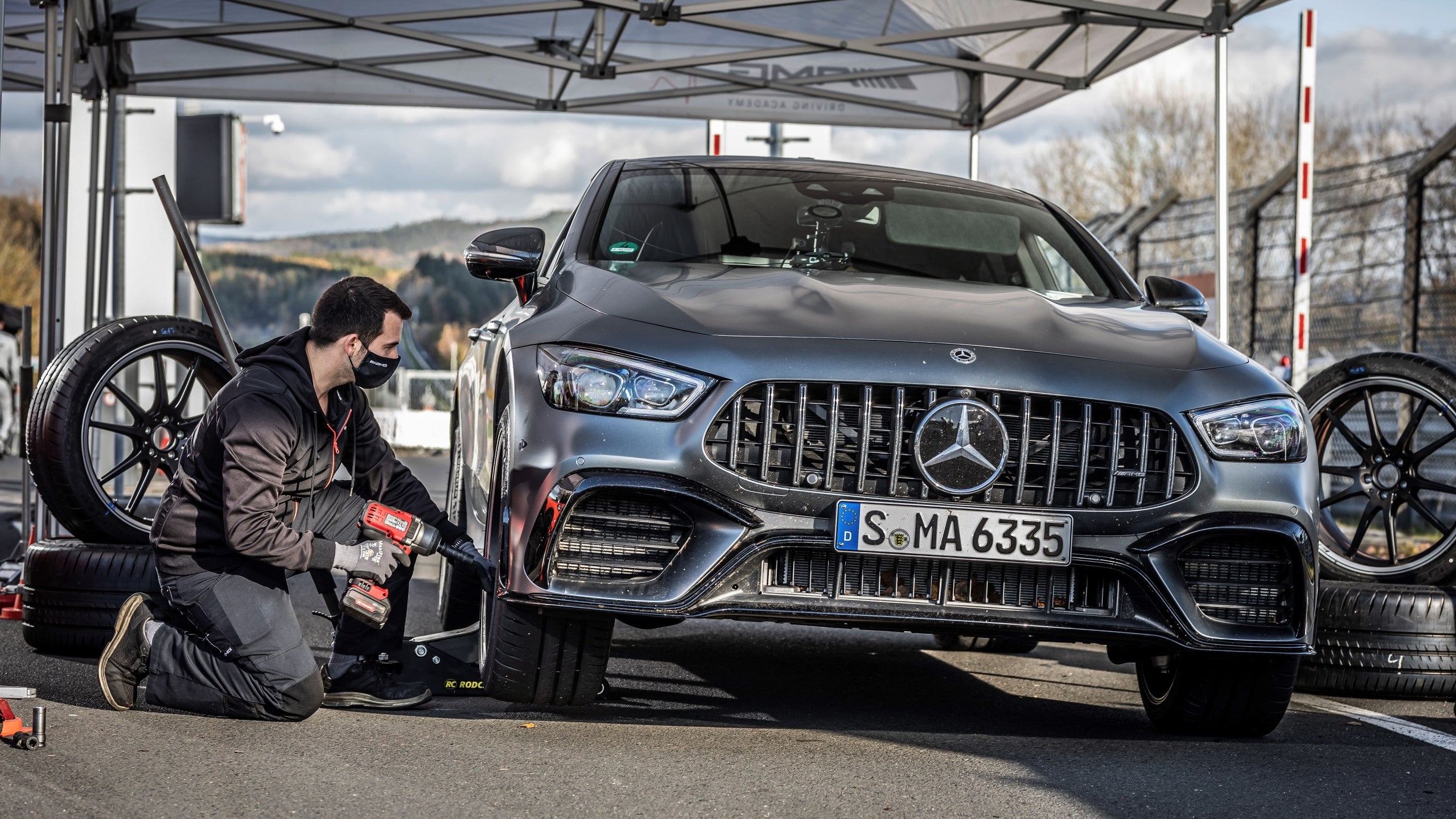 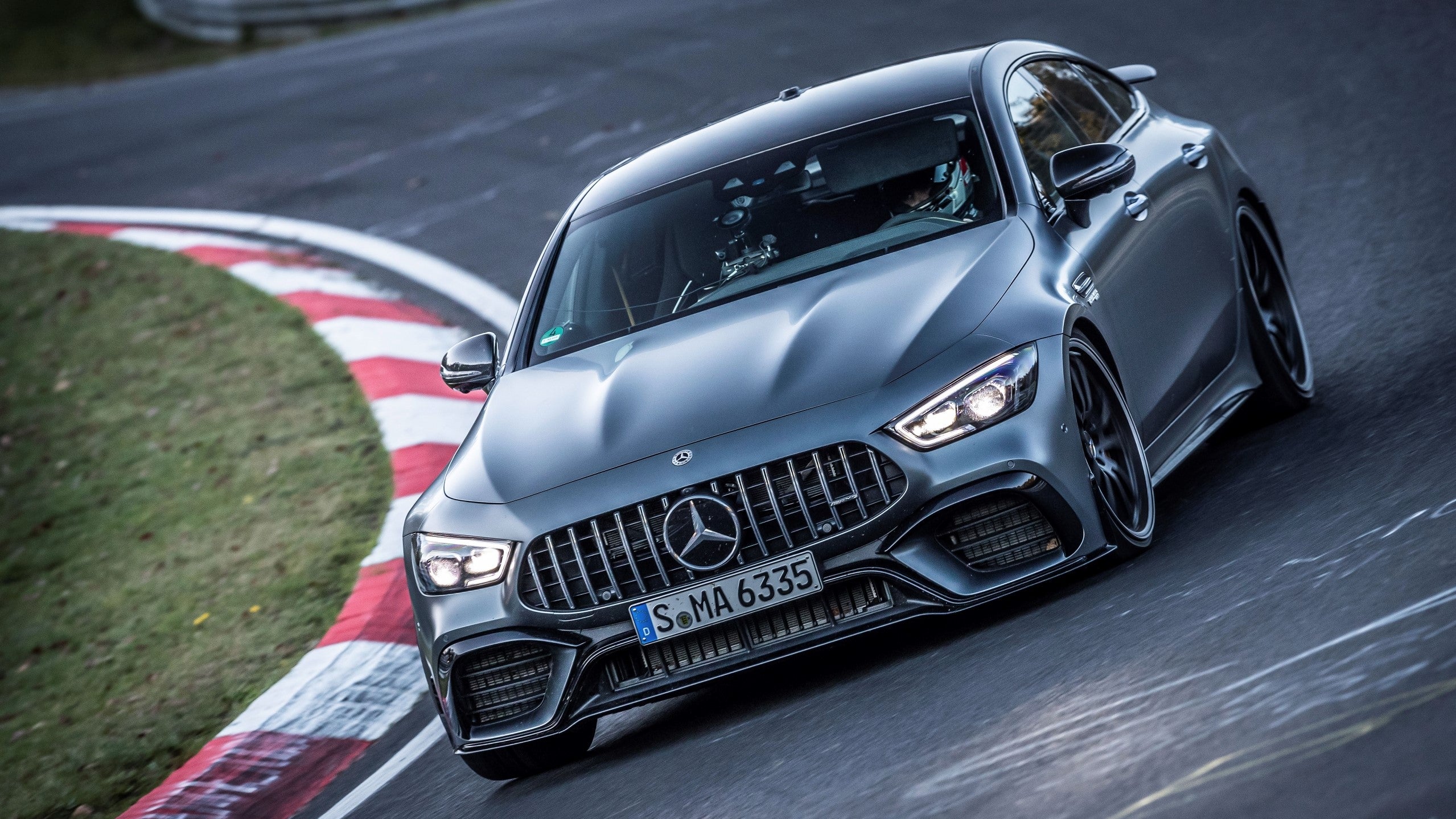 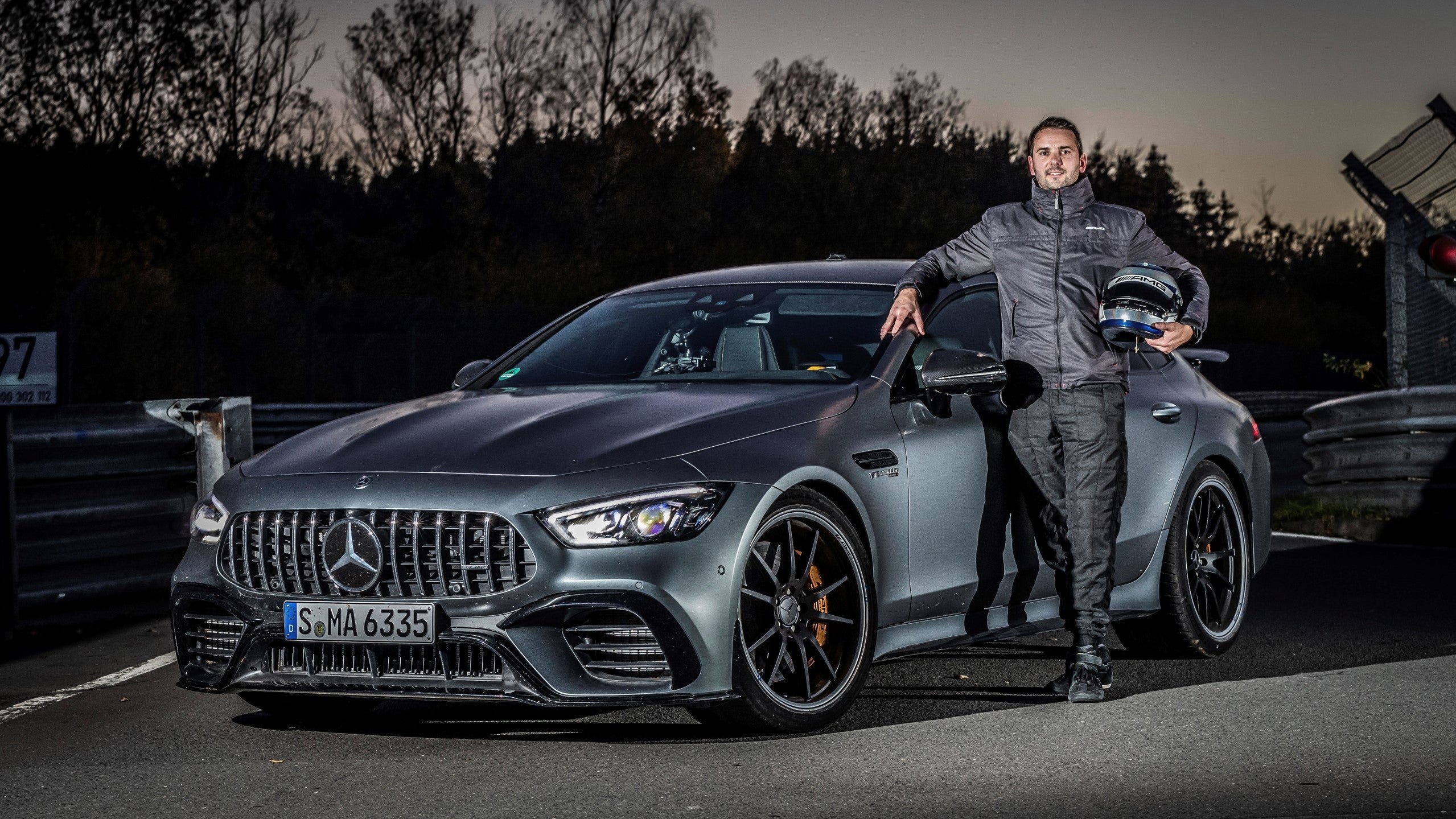 The official length used as the reference point for Nürburgring Nordschleife record times changed in 2019 from a previous length of 12.8 miles. Using the old 12.8-mile, pre-2019 length, this new Mercedes logged a time of 7:23.01, 2.4 seconds faster than its 2018 counterpart that was also driven by Schaffert. When comparing the two AMGs using the current 12.9-mile track distance, that gulf becomes 2.3 seconds. Mercedes-AMG says the 2021 GT 63 S 4-Door’s shorter ‘Ring time is down to its retuned suspension “and other fine-tuning measures.”

Because we know this sort of thing matters greatly to devout Nürburgring record disciples, the GT 63 S in question was “in its completely standard form” as confirmed by a notary. It also ran with Michelin Pilot Sport Cup 2 tires and the AMG Aerodynamics Package, which are two things that can be ordered by the general public as optional extras. For safety’s sake, however, the car was fitted with a bucket driver’s seat and four-point seat belts. In order to avoid any PR fiascos over the record’s legitimacy, the lap was timed by a third party, Wige Solutions, and notarized independently.

As such, it should hop above the Porsche Panamera Turbo S on the Nürburgring’s official list of fastest executive car times. Both of these luxury four-doors fit in the executive car category as defined by the German Federal Motor Transport Authority, thus making the AMG the new record-holder.

That said, the word of all of the notaries in the world can’t beat solid, video evidence so here’s the onboard footage of the 4-Door AMG GT’s record-breaking lap.