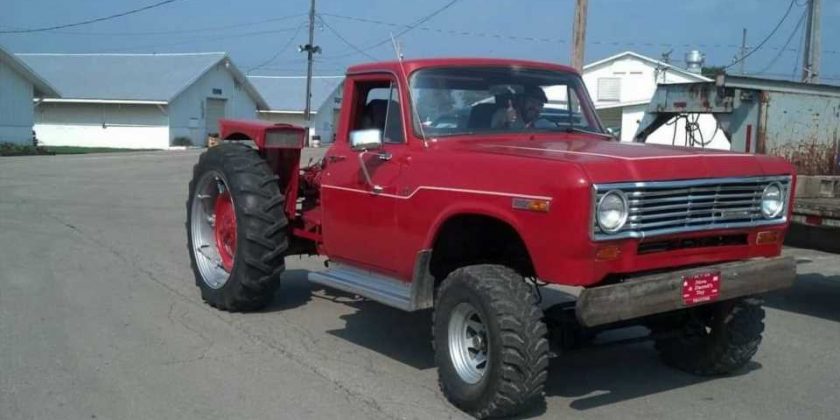 It’s managed to stay out of the limelight for years, but a treasure like the International Harvester “Trucktor” could never really be forgotten. If you’re an Ohio local who wanders through the capital city of Columbus on occasion, you might’ve seen it in the flesh. If you were a subscriber to Farm Show magazine some 30 years ago, you probably saw it in print. Nonetheless, you’ll soon see it online as the wrong-but-right sort of hybrid is up for sale.

The details on this rare beast are a little scarce, but from the outside, the formula is clear. It has a 1974 IH 1210 D-Series cab mounted toward the front with a tractor rear-end. Exactly what kind of tractor underpins the machine is unclear, though the Farm Show article from 1990 claims it to be a Minneapolis Moline 302; others, however, say it’s purebred with Farmall construction. It’s painted red, and it looks as harmonious as a mated truck and tractor can.

One thing’s for sure: It’s a four-wheel-drive. The IH is said to have four transmissions altogether—two for the truck portion and two for the tractor—though it’s usually driven by the front wheels alone. According to the truck’s builder Darrell Foster, he typically cruised with the tractor rear-end in neutral and the truck in “4WD,” which effectively engages the front wheels only. This allows it to cruise at speeds up to 40 miles per hour, which is pretty impressive. 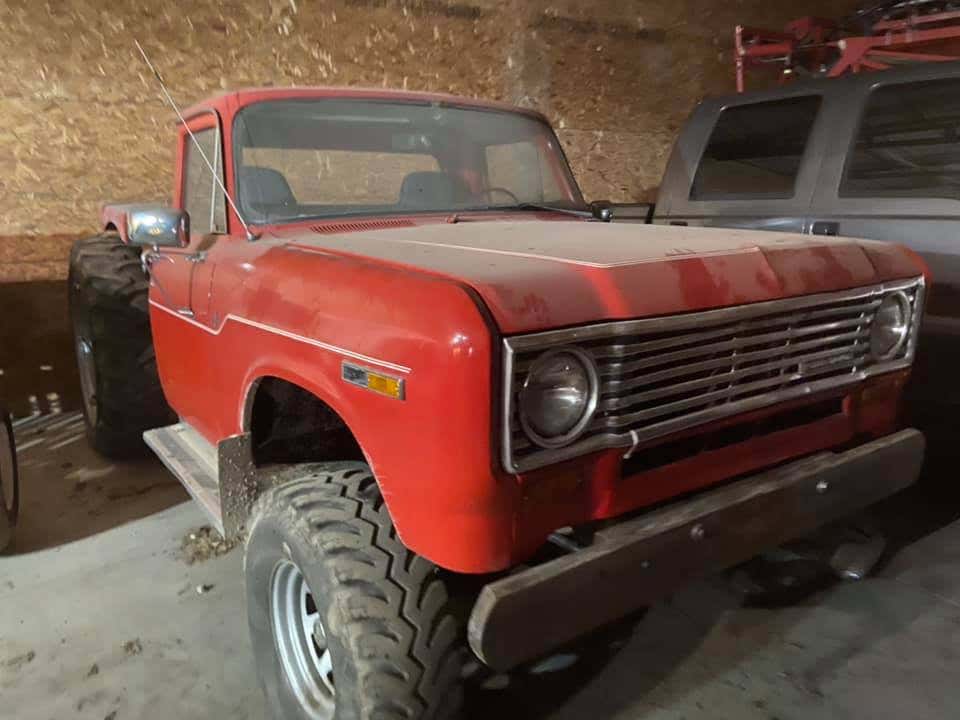 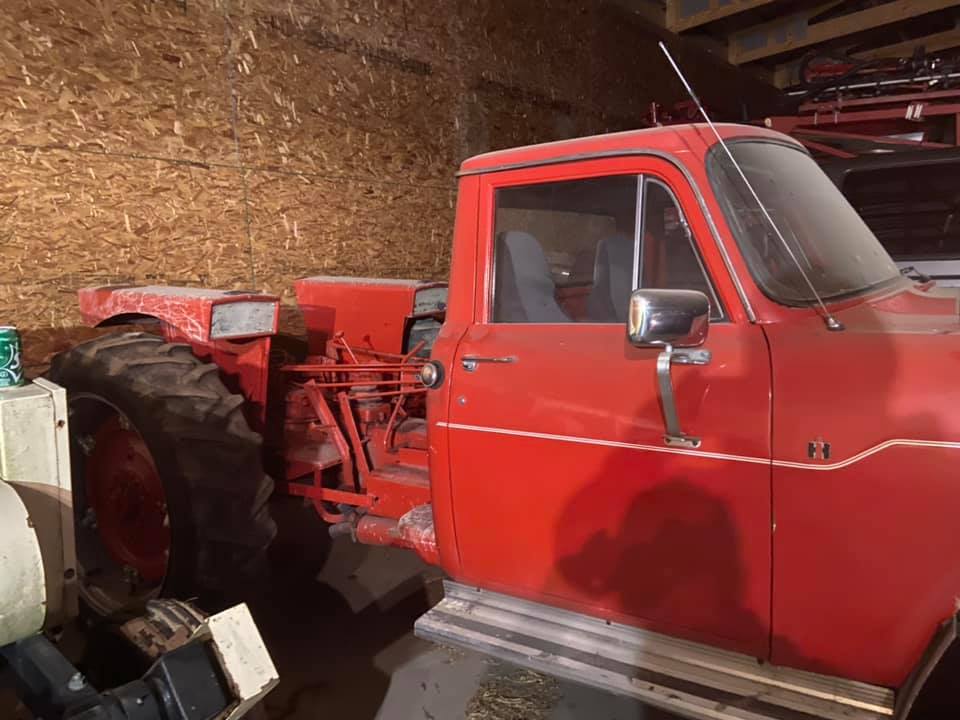 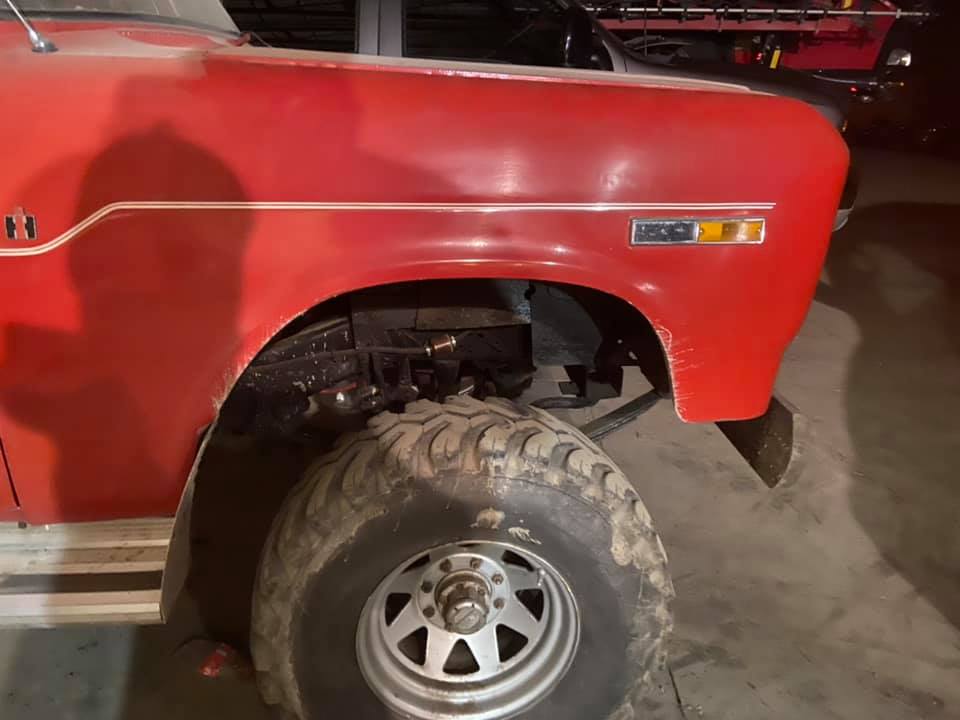 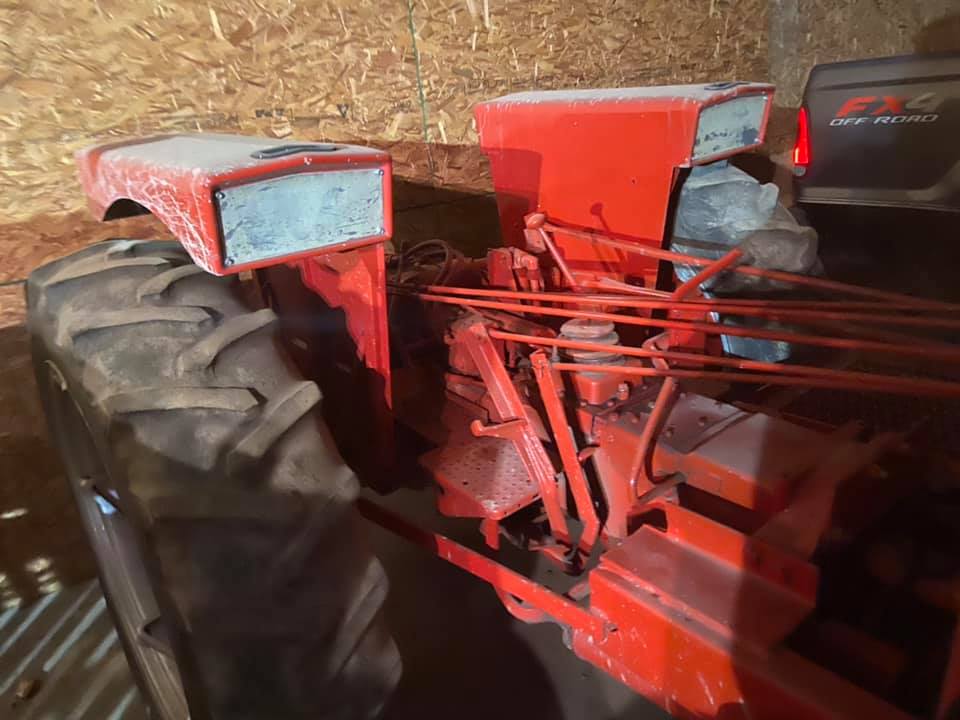 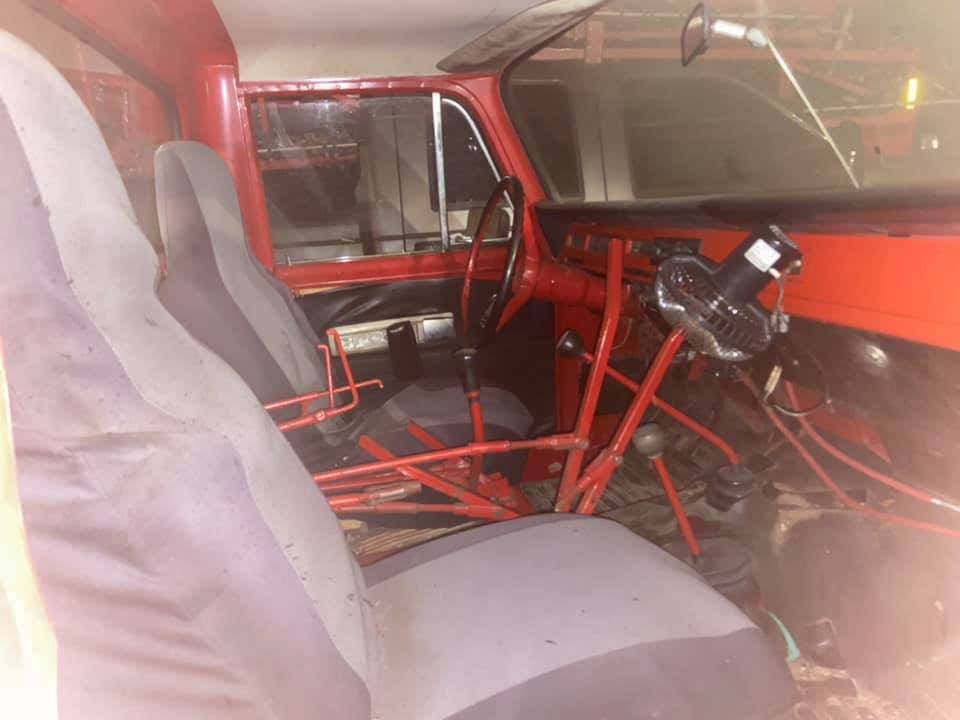 Foster told Farm Show it’s “at least equal to a 100-hp tractor,” and it still sports the usual implement fare like a three-point hitch, hydraulics, and reversible power take-off (PTO). You can imagine, then, how complicated the interior is with all of those levers, plus the controls for four transmissions. In all, the Trucktor has 36 forward and 16 reverse speeds—good luck figuring that out in a pinch.

The IH pickup was said to be damaged from a rollover crash, so Foster decided to use it for the project. He cut the frame directly in front of the truck’s rear axle, then he split the tractor ahead of its transmission. A custom driveshaft was fabbed up to join the two halves, and Foster lifted the truck by eight inches so the transmissions would line up.

“If I could do it over I’d use a 1 1/2-ton truck with a higher frame so I wouldn’t have to raise the pickup,” Foster said way back when to the ag publication. He still used it like a normal tractor, pulling wagons, raking hay, spreading manure and more. 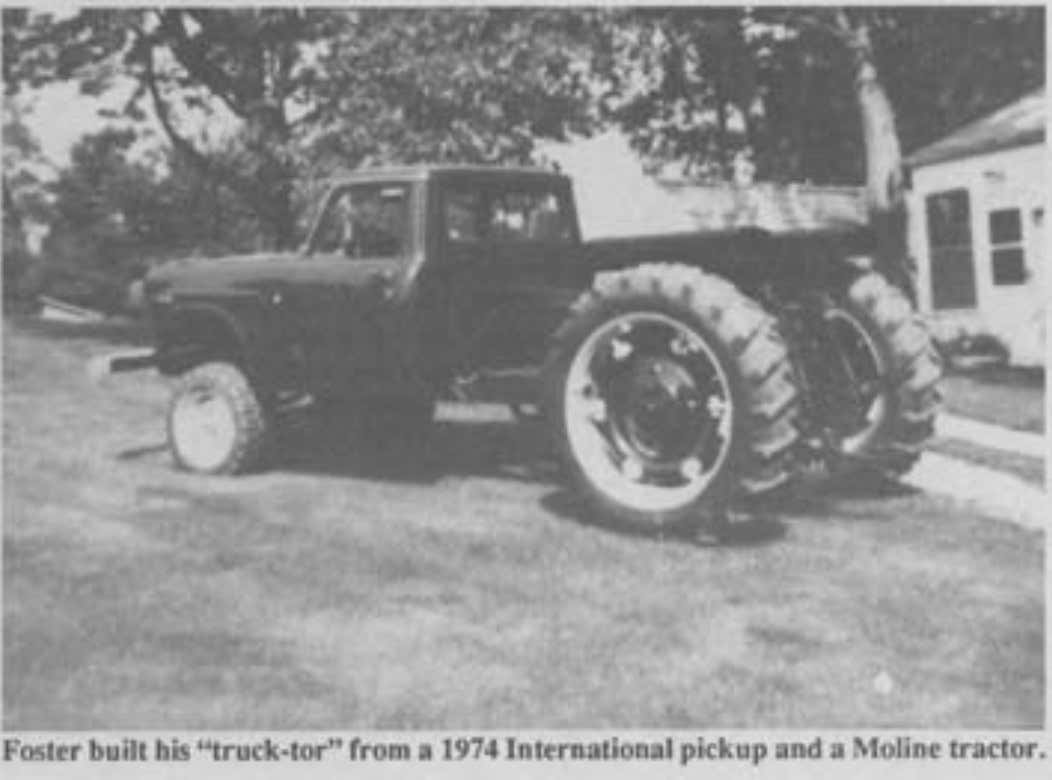 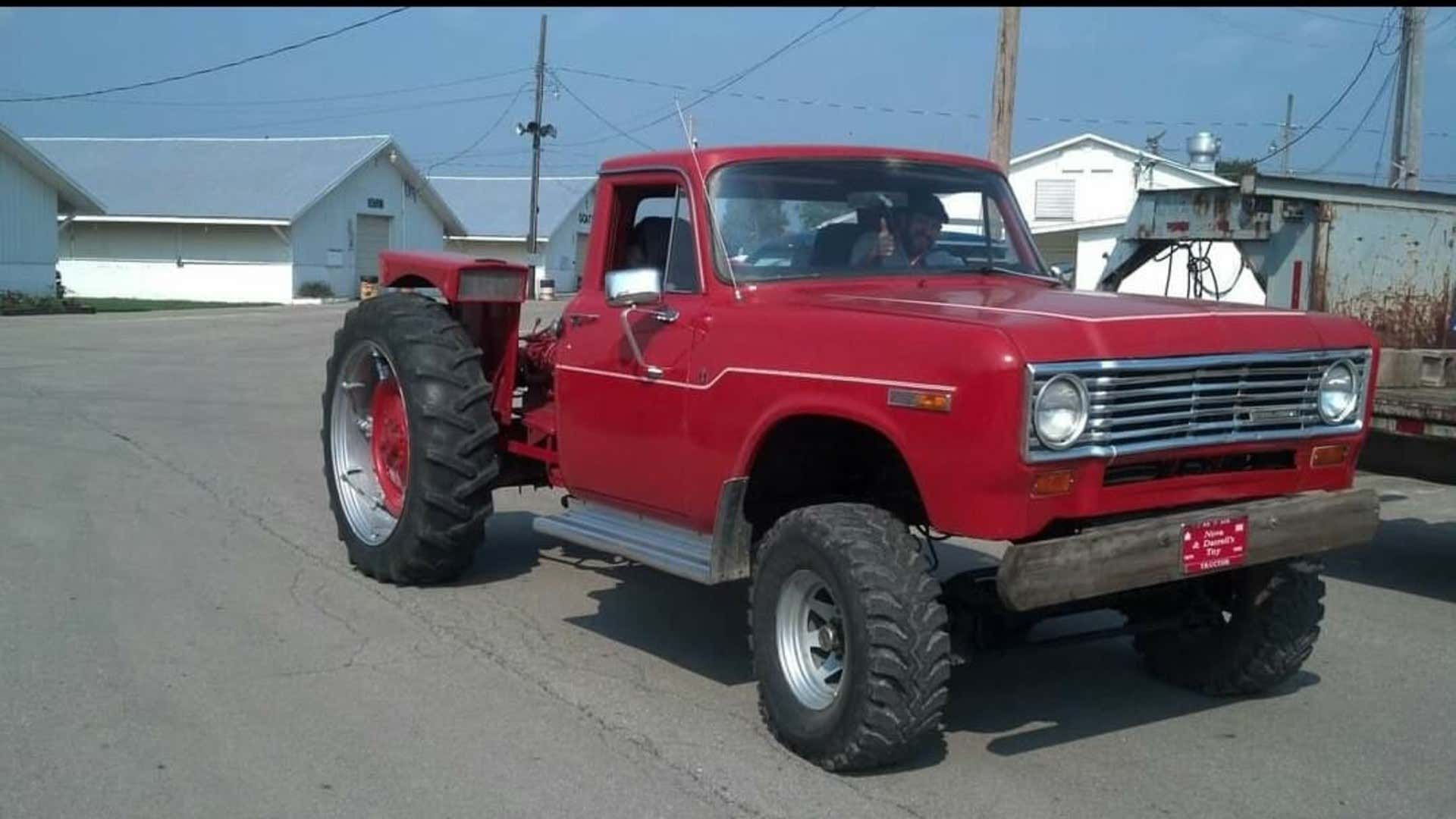 Jonathon Jacukowicz, a local who saw the contraption plenty of times at Ohio shows, mentioned that he actually drove the rig about a decade ago. According to him, “It drove exactly as [sic] you’d think a half truck half tractor would. It bounced and sways and was a total handful to keep straight. It was amazing.” His re-telling of the story also peeled back a few layers, mentioning that it’s powered by an SV-series gas V8 manufactured by International. The engine then turns the truck’s four-speed transmission, which turns the transfer case and then the tractor’s pair of transmissions. It’s all complex, to say the least, and if someone has a proper idea of how it all operates, feel free to shoot me an email.

It’s currently listed in London, Ohio for the seemingly fair price of $6,000. It’s anyone’s guess whether or not the truck still runs, and the for-sale ad’s description is painfully vague. Still, those IH gas V8s are nearly unkillable so even if it needs a tune-up, you could be driving a Trucktor of your own very soon. Just make sure you put it to work like Foster did.

Got a tip about this wonderfully red IH Trucktor? Email the author: [email protected]