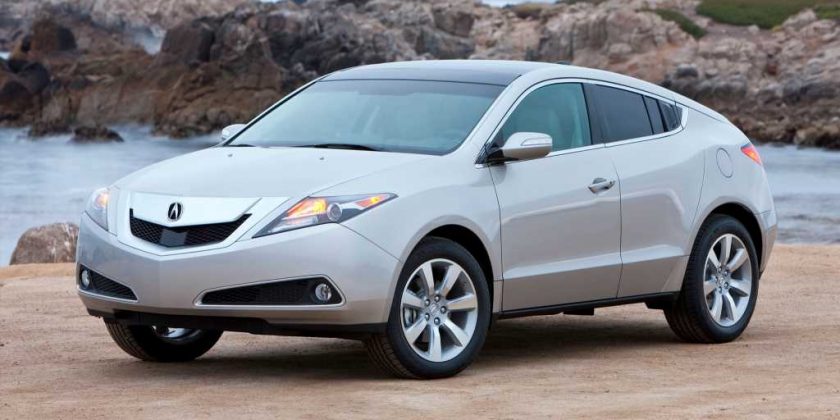 What do the BMW X4, Mercedes-Benz GLC Coupe, Audi Q5 Sportback, Volkswagen Atlas Cross Sport, and Tesla Model Y have in common? All of these sleek-roofed, mid-size, coupe-like SUVs follow a blueprint set by the BMW X6, but the Acura ZDX was the first to take the idea mainstream. That’s right. The ZDX isn’t just a funky-looking Acura MDX with an awkward roofline, it is a coupe-inspired SUV that was well ahead of its time.

The aforementioned quintet of SUVs proves it. These days, Americans are gobbling up sport-utes of all shapes and sizes. There is niche after niche to be filled—heck, automakers have even toyed with convertible SUVs. But the luxury crossover with the sloping roofline owes its origins (at least in part) to an Acura that is virtually forgotten today.

Based on the MDX of the time, the ZDX is about six inches shorter than its SUV counterpart. It also weighs almost 4,500 pounds and has a total of eight inches of ground clearance, just 0.2 inches fewer than a contemporary MDX. Motivation comes from a 3.7-liter V-6 that cranks out 300 horsepower at 6,300 rpm and 270 lb-ft of torque at 4,500 rpm. It even has VTEC, yo. Power is routed to all four wheels via Acura’s Super-Handling All-Wheel-Drive system.

The original press release mentions off-road ability while emphasizing that the ZDX was tuned at the Nürburgring. So what exactly is the ZDX aside from a funky-looking wagonoid? Acura themselves said it “defied categorization,” and of this, we can be sure. Its odd proportions and huge silver beak make it look like a snapping turtle on stilts—and like nothing else on the road.

The ZDX’s roofline meant there is really only room for two adults—and they have to sit up front. The rear seats are best left to the kiddos or no one at all. Behind the cramped back seats is an equally cramped cargo area at 27.5 cubic feet—15.4 fewer cubes than its MDX platform-mate. For childless couples running quick trips to the shop or longer trips to the country, the ZDX’s interior accommodations are adequate. But more importantly, its sleek styling set it apart from every other SUV crowding the parking lot.

It might have looked oddly bulbous in its day, but in 2021 there are thousands of people who will happily take an X4 over an X3 for the sake of its sleek styling. The ZDX buyer, however, cut a little more deeply against the grain. They were getting into something truly unique and, looking back, we think the ZDX was all the better for it.

We think the ZDX is overdue for a little love. It was certainly different, a strange one-off from Acura. But viewed through a retrospective lens from 2021, it represents an early attempt at a crossover that stands out from the crowd—a trend that took off in earnest years after the ZDX disappeared from showrooms after a short four-year run. Because Acura never sold that many, they’re surprisingly rare. A quick look at car-buying sites reveals that there are fewer than 25 ZDXs for sale in the entire country.

Not only are they uncommon, but they’re also trading hands for considerably less right now than when they were new. In 2010, a brand-spanking-new ZDX would cost you well over $50,000. Now even the priciest examples aren’t listed for half that. In a world where swoopy SUVs are more acceptable than ever, the Acura ZDX is both a bargain, reliable, and still a bold statement. How can you go wrong?