The U.S. Marine Corps has taken delivery of its first CH-53K King Stallion heavy lift helicopter. After years of setbacks and delays, and amid new concerns about schedule slips, the service is still hoping to eventually buy as many as 200 of the choppers to replace its fleet of aging and increasingly unreliable CH-53E Super Stallions.

On May 16, 2018, the initial Marine CH-53K touched down at Marine Corps Air Station New River in North Carolina. Sikorsky, now part of Lockheed Martin, built the helicopter, which is now set to begin a so-called “Supportability Test Plan” to help determine the logistical requirements to maintain and sustain the aircraft. The Marines expect to reach initial operational capability with the type by the end of 2019.

The first operational element will be a CH-53K detachment assigned to Marine Heavy Helicopter Squadron Three Six Six (HMH-366), which will be large enough to deploy as part of the air combat element of a Marine Expeditionary Unit aboard U.S. Navy amphibious assault ships. It will take approximately four years for that unit to fully transition from the older CH-53E Super Stallion helicopters to the new King Stallions. The service hopes to have completely divested the Super Stallions by 2030, according to its 2018 Aviation Plan.

The delivery is an important milestone for the CH-53K, which has been in development since 2006. At the beginning of the program, the Marine Corps’ goal was to reach initial operational capability, or IOC, by 2015 and have more than 150 King Stallions on hand by 2021. Delays and difficulties in testing pushed the IOC date first to 2018 and then to 2019. This latest revised timetable has been in place since 2014.

In April 2018, however, Bloomberg reported that a review of the program’s progress had identified more than 1,000 deficiencies and raised concerns about whether the aircraft’s IOC schedule could slip by as much as eight months. The outlet did not give a date for the report or what time period its data covered. At the time, Naval Air Systems Command, which manages the program on behalf of the Marine Corps, told the outlet that the timeline had not shifted, but that it was conducting a new risk analysis.

“Persistent problems with the [CH-53K’s] main gearbox have required the program to delay the planned completion of system-level demonstration tests by four months – now scheduled to be completed in May 2019,” another previous report from the Government Accountability Office, a congressional watchdog, said. “Program officials reported that since the latest redesign, the program has successfully tested the main gearbox.” 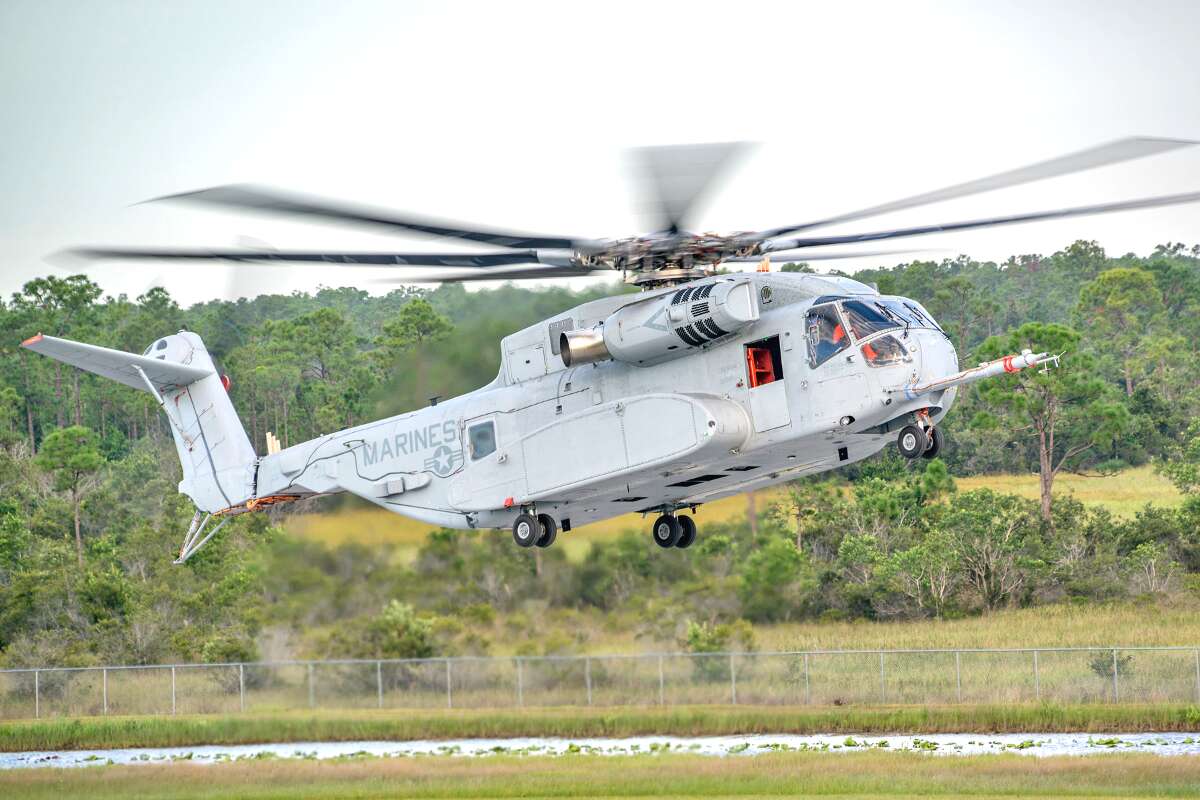 In its own annual review of the program’s activities during the 2017 fiscal year, the Pentagon’s Office of the Director of Operational Test and Evaluation raised main similar concerns, noting that at September 2017 Sikorsky had not yet even finalized the CH-53K design. In addition, at that time, the flight test plan was only 10 percent complete and continued to slip due to technical issues. Beyond that, the Marines do not even plan to submit the aircraft to initial operational test and evaluation until after the IOC date, similar to the controversial decision to put the F-35B into active service without putting it through that process to determine whether or not it is actually ready for combat.

“Pressure is increasing to meet a late December 2019 Initial Operational Capability (IOC), but current projections estimate that the planned 6-month IOT&E [Intiaial Operational Test and Evaluaition] will have started 1 month prior to this desired IOC,” the Director of Operational Test and Evaluation’s report for the 2017 fiscal cycle noted. “Schedule compression has the potential to adversely affect training for the IOT&E aircrews and maintainers.

After the Berlin Air Show later in April 2018, which was the international debut for the King Stallion, the Marine Corps dismissed the concerns in the Bloomberg report, saying they were out of date, but did not specifically address any other reports. “You saw the CH-53K fly. Did it look like a helicopter that has a thousand problems with it?” U.S. Marine Corps Colonel Hank Vanderborght, the program manager for CH-53-series helicopters, asked reporters rhetorically. 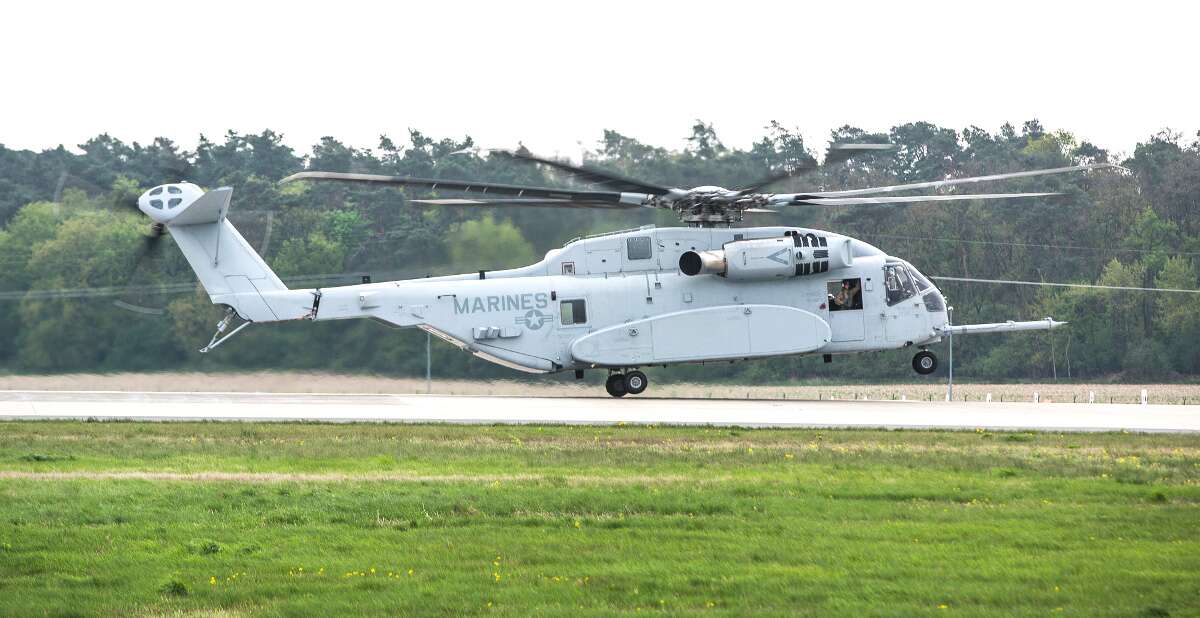 A Sikorsky CH-53K, in Marine Corps markings, touches down at the Berlin Air Show in April 2018.

The Marines are heavily invested in the CH-53K, having determined years ago that it was critical to replace the older E models. The King Stallion has the same physical footprint as the Super Stallion, but is significantly more capable and features a glass cockpit and fly-by-wire technology to further improve performance and reduce pilot workload. The three General Electric T408 turbines provide approximately 50 percent more power to drive an all-new transmission and a rotor assembly with improved, more efficient blades.

This allows the CH-53K to reach a maximum speed of around 230 miles per hour and have a maximum, gross takeoff weight of around 85,000 pounds. It can carry external loads up to 27,000 pounds across distances of more than 100 miles. The CH-53K has increased internal volume, as well, to better handle oversized cargo and small vehicles.

“It gets the Marine and naval force off our amphibious ships or wherever you are in a manner which cannot be accomplished by any other aircraft in DOD [the Department of Defense],” Lieutenant General Steven Rudder, the U.S. Marine Corps’ Deputy Commandant of Aviation, told members of Congress in March 2018. “We are able to dual lift Humvees, full-up armored Humvees. So that capability allows maneuver on the battlefield.”

The King Stallions can also lift the significantly larger Joint Light Tactical Vehicle (JLTV), which will eventually replace many of the older Humvees. “It’s the most advanced logistics support platform to warfighters,” U.S. Marine Corps Captain Sarah Burns, a service spokesperson, boasted to Marine Corps Times earlier in May 2018.

But in addition to the added complexity, and subsequent delays, this capability increase has come at a significant cost. The initial estimated unit cost for the CH-53K was approximately $122 million, the same as a stealthy fifth-generation F-35B Joint Strike Fighter. If the service proceeds with the full purchase order of 200 aircraft, this could drop to around $80 million apiece. This would still be more expensive than the MV-22 Osprey tilt-rotor and around the supposed target price point for later blocks of F-35s.

Foreign purchase orders might help further reduce production costs. The Marines’ Supportability Test Plan for the initial CH-53K will likely incorporate efforts to identify other ways to save money on operating and sustaining the new helicopters. 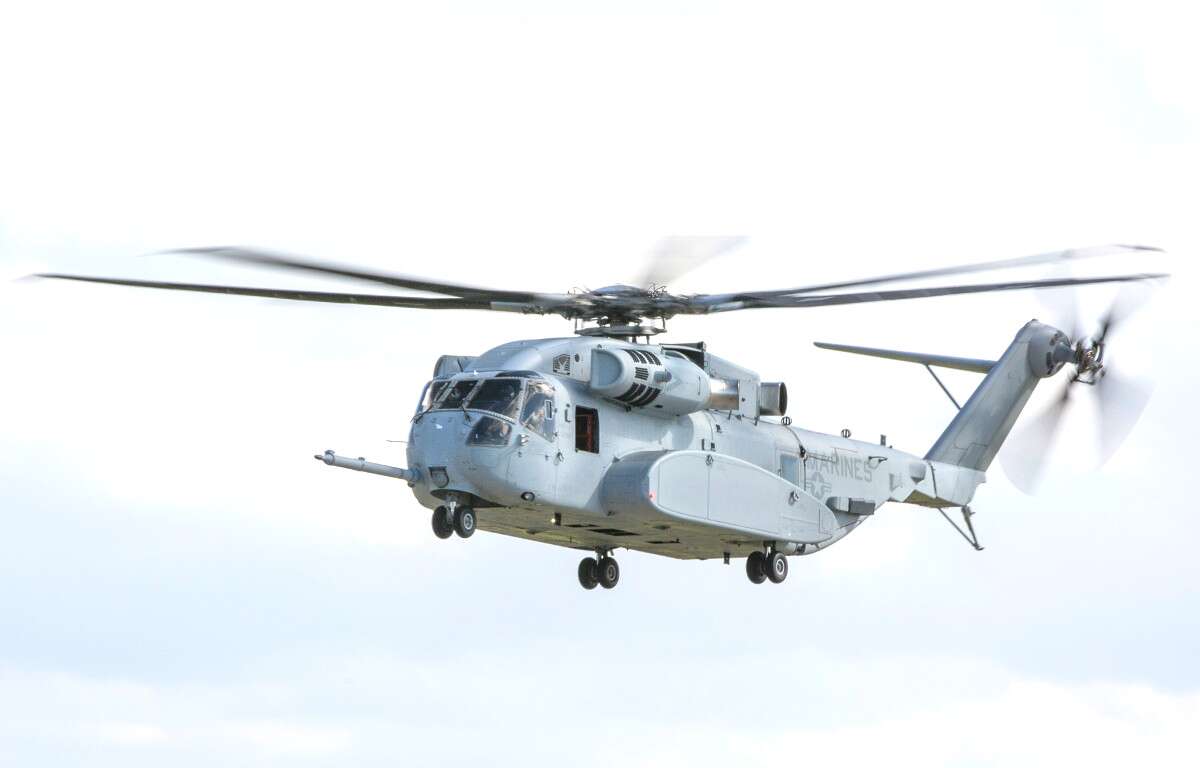 The CH-53K performs a demonstration flight at the Berlin Air Show. Germany is looking at the King Stallion as one option to replace its own aging CH-53G helicopters.

And the CH-53K provides capabilities that are and will continue to be essential to the Marines expeditionary operating concepts. On top of that, the need to replace the older and finicky CH-53Es, which have one of the most abysmal availability rates of any aircraft in the U.S. military, has only become more serious in the past decade.

In November 2017, Marine officials informed lawmakers that it only had 143 CH-53Es, despite having a requirement for 200 heavy-lift helicopters, and that, on average, only 37 percent of them were flyable at any given time. Difficulties in keeping the aircraft airworthy, and in turn making it hard for pilots to get in adequate flying hours to remain proficient in the various tasks the helicopter performs, have undoubtedly contributed to a string of deadly accidents with the type.

Most recently, in April 2018, a Super Stallion crashed at Naval Air Field El Centro in California, killing all four Marines on board. You can read more about the CH-53’s past and future in this previous War Zone feature.

But now the Marines are starting to write what will hopefully be a bright new chapter in the H-53’s long story at Marine Corps Air Station New River with the King Stallion.