His twilight years about him, Rick Treworgy was already considering parting with his pristine, 200-strong collection of vintage American vehicles, regarded as one of the best in the world. So when the pandemic all but ended visits to his Muscle Car City museum in Florida, Treworgy moved the museum’s shutdown to the front burner and later this month will sell off most of the cars at no reserve though Mecum Auctions.

Taking place January 22-23 in Punta Gorda, Florida, this grand GM shopping spree encompasses truckloads of American automobilia and almost 200 vehicles ranging from a 1902 Oldsmobile to a 2020 Chevrolet Corvette Z51. There are more vehicles than many people have time to even browse through, which is why we’ve selected a sampler of our favorites oddballs of Treworgy’s collection that will cross the auction block. You don’t need us to tell you stuff like a time capsule 1970 Pontiac GTO Judge is cool. But these, these are something else. 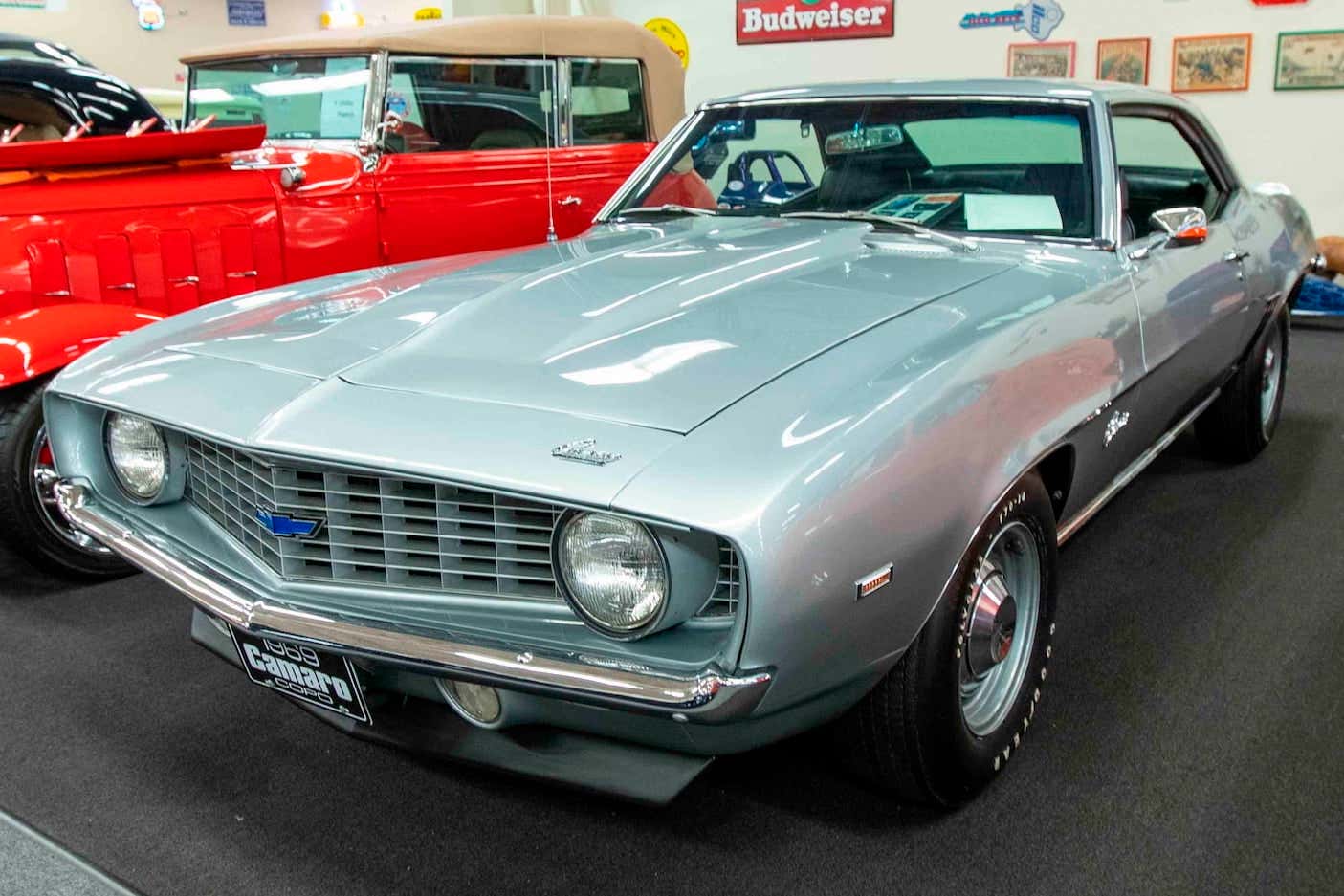 For the first few years of the Chevrolet Camaro’s life, GM’s infamous brand politics forbade Chevy from equipping it with any V8 bigger than 400 cubic inches—6.6 liters. But when dealers like Don Yenko showed there was money to be made from stuffing 427 cubic-inch (7.0-liter) V8s into the Camaro, GM at last hopped on board, commissioning two short production runs of 427-powered Camaros through its Central Office Production Order system, or COPO.

This example hails from the larger of the two orders, COPO 9561, and features a 425-horsepower, numbers-matching V8 and a four-speed manual. With just 43,000 miles shown on the odometer, this is undoubtedly one of the finest COPO Camaros on the market today. 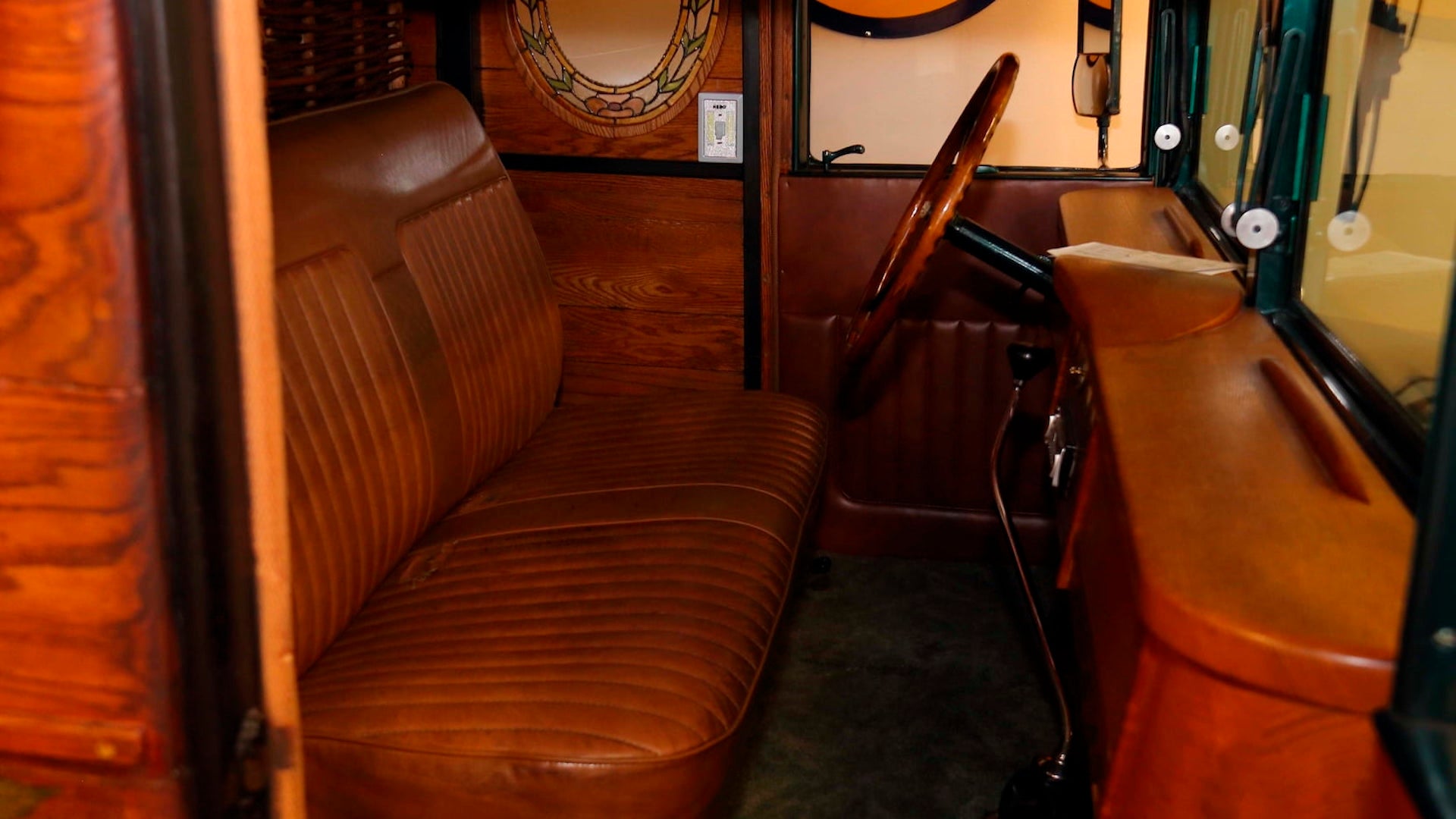 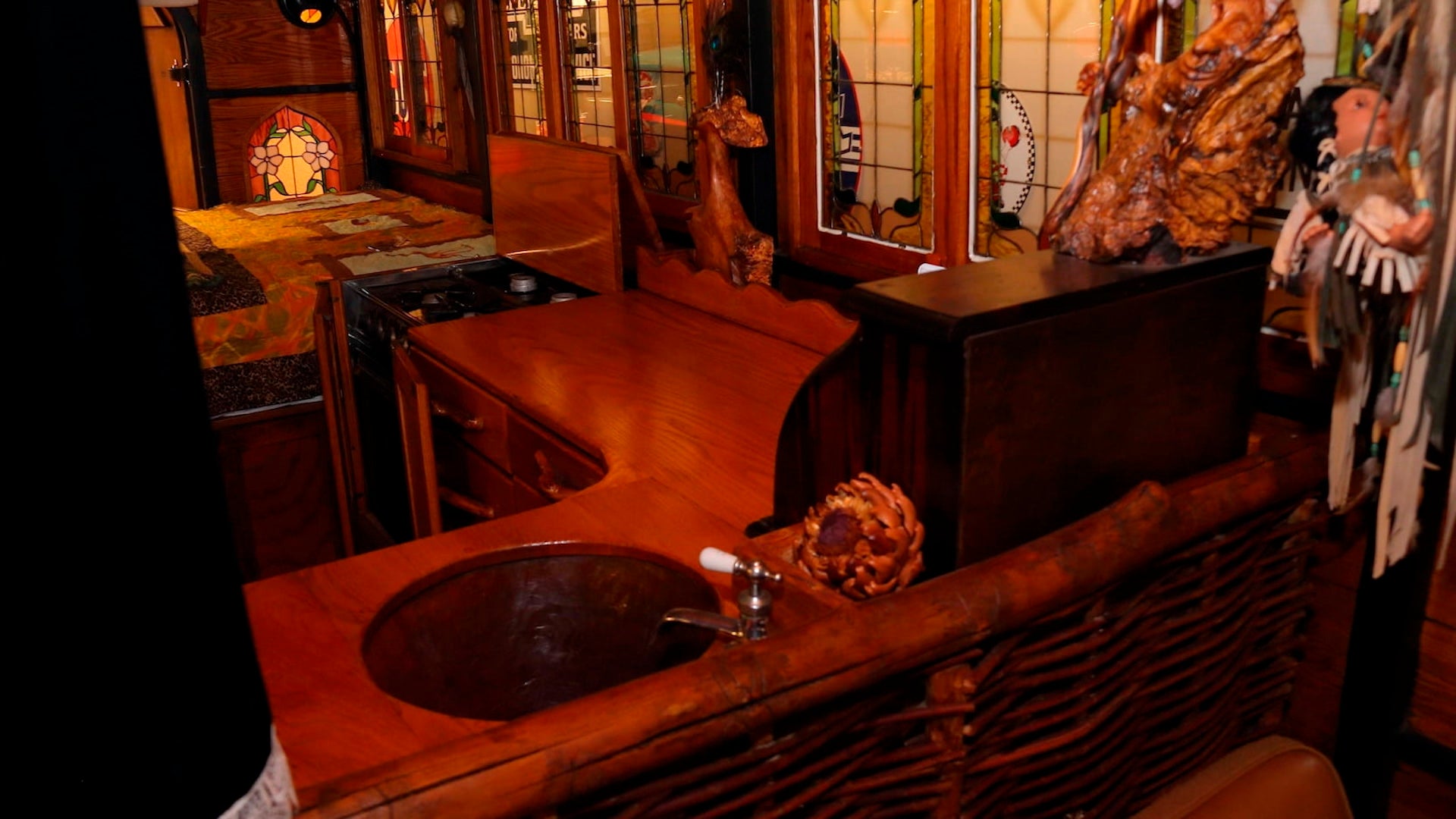 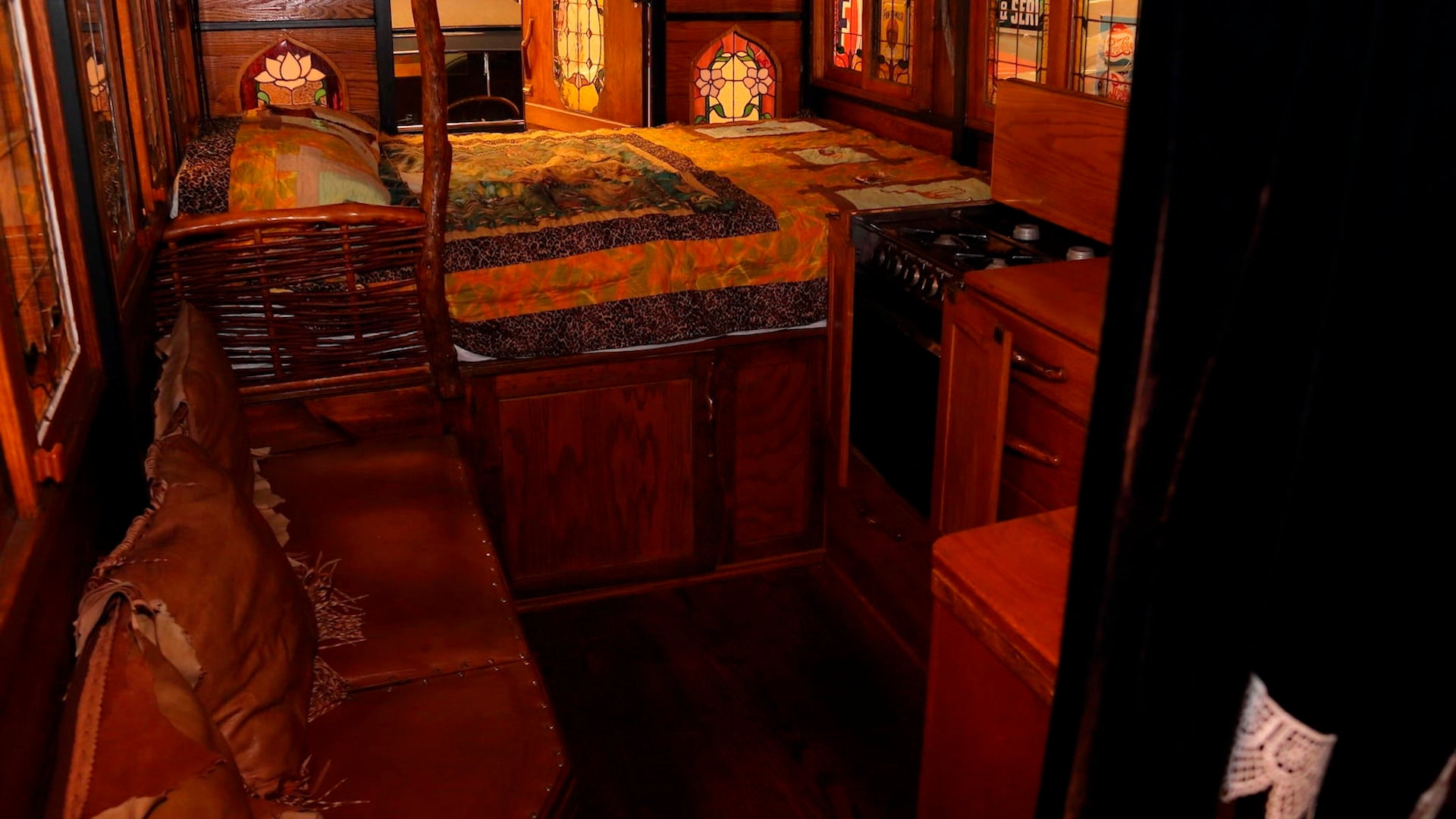 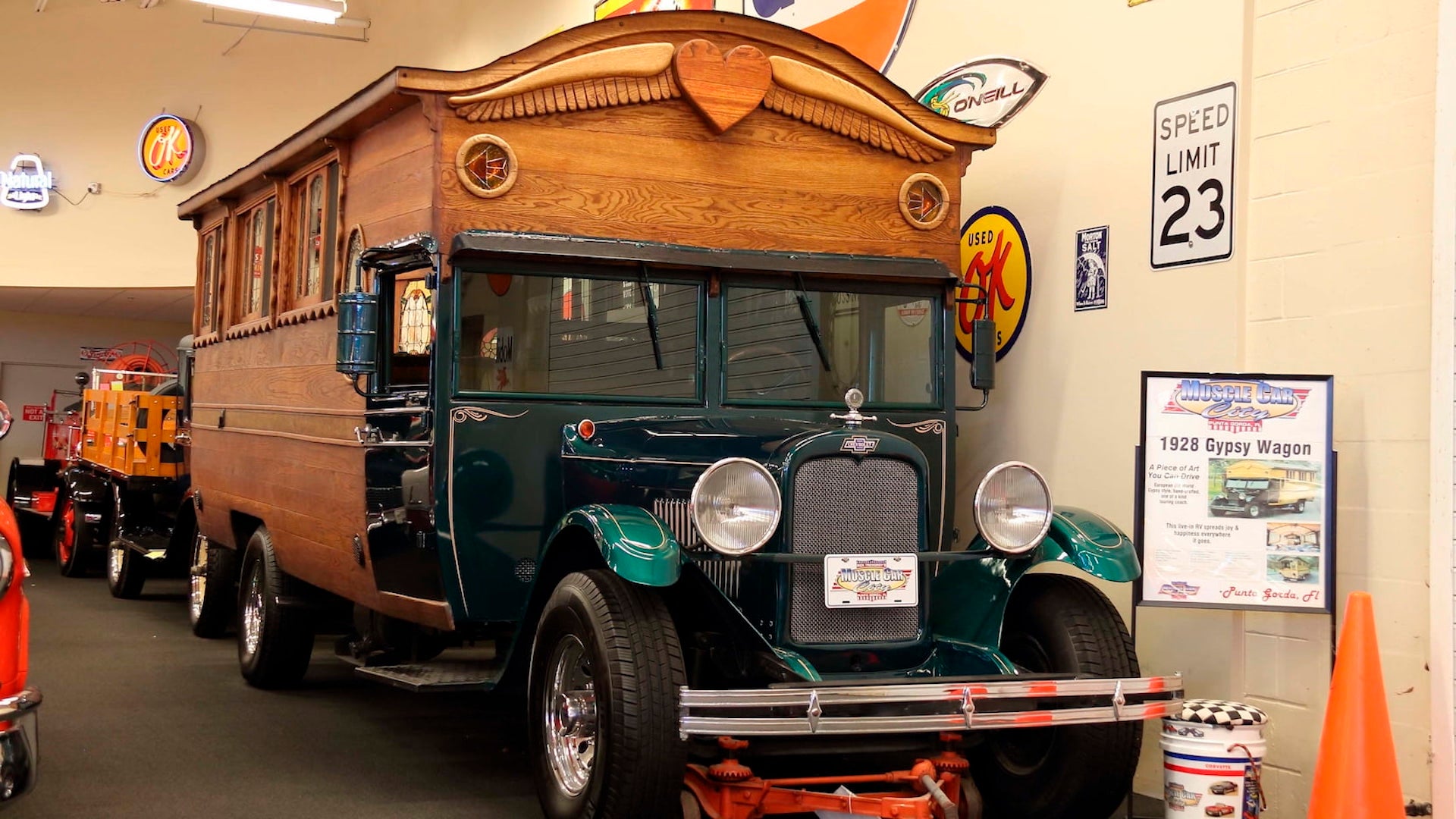 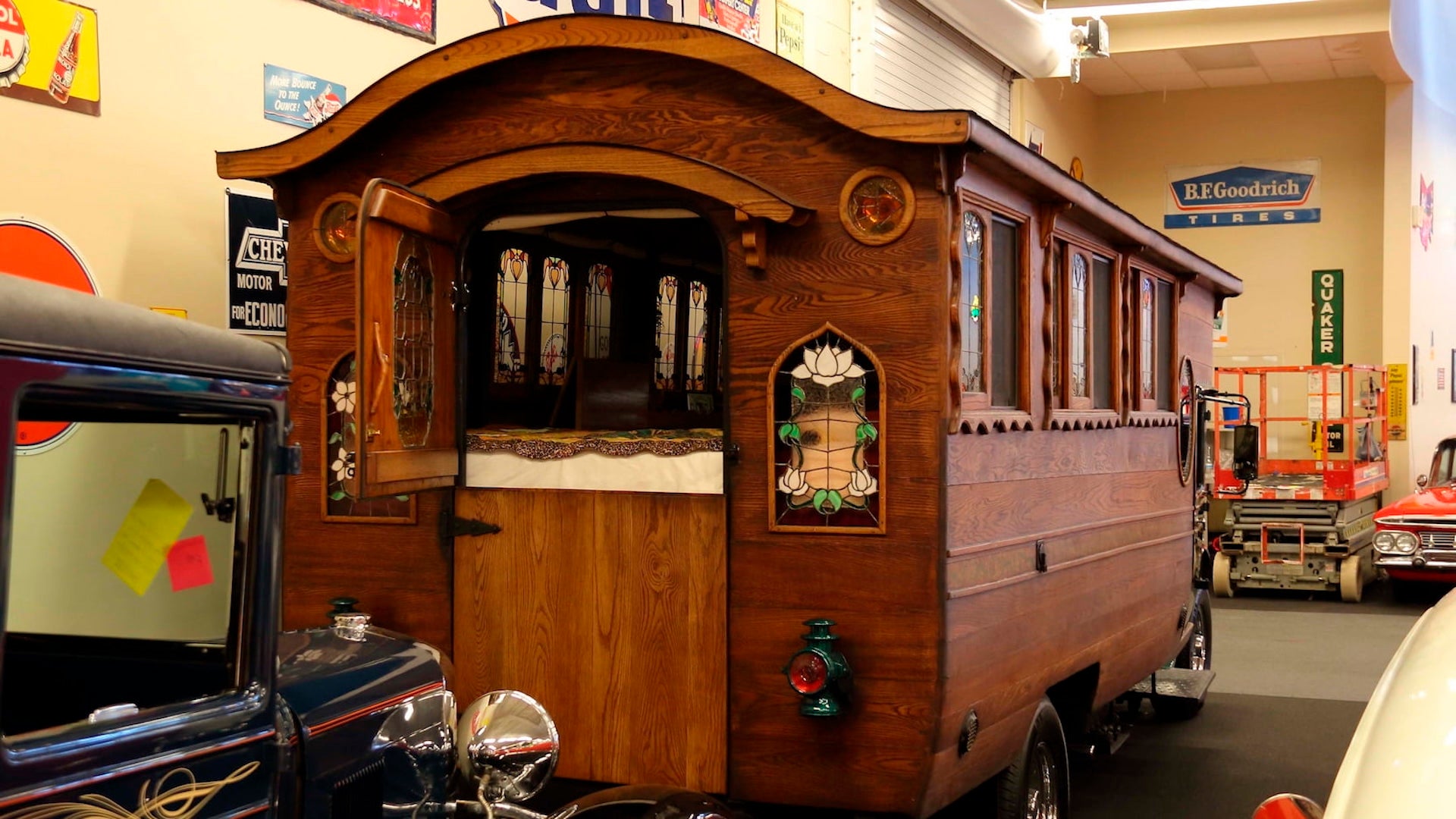 There are show cars, and then there are pieces of automotive artwork like this 1928 Chevrolet. Thoroughly restomodded at some point, its powertrain consists of a 4.3-liter GM V6, a four-speed automatic, and a rear axle from a Ford F-250, all of which are evidently stout enough to haul around that Romani-inspired wooden living space.

Within it is not just one of the prettiest interiors you’ll ever see in a camper, but also a functional kitchenette, with a propane-powered stove and oven, plus a sink hooked to a 30-gallon water reservoir. If there’s a more stylish way to live the van life, I’m not aware of it. 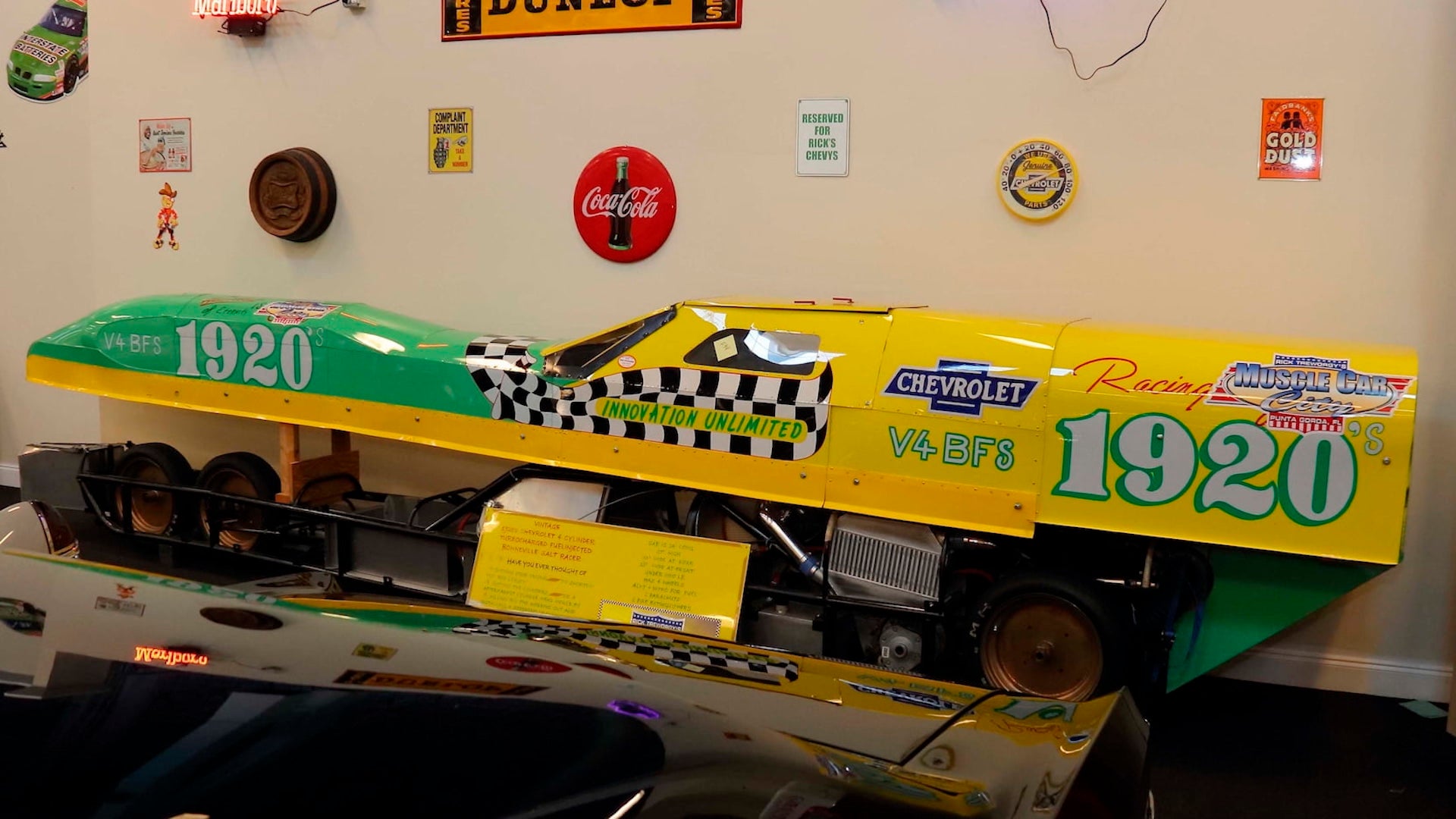 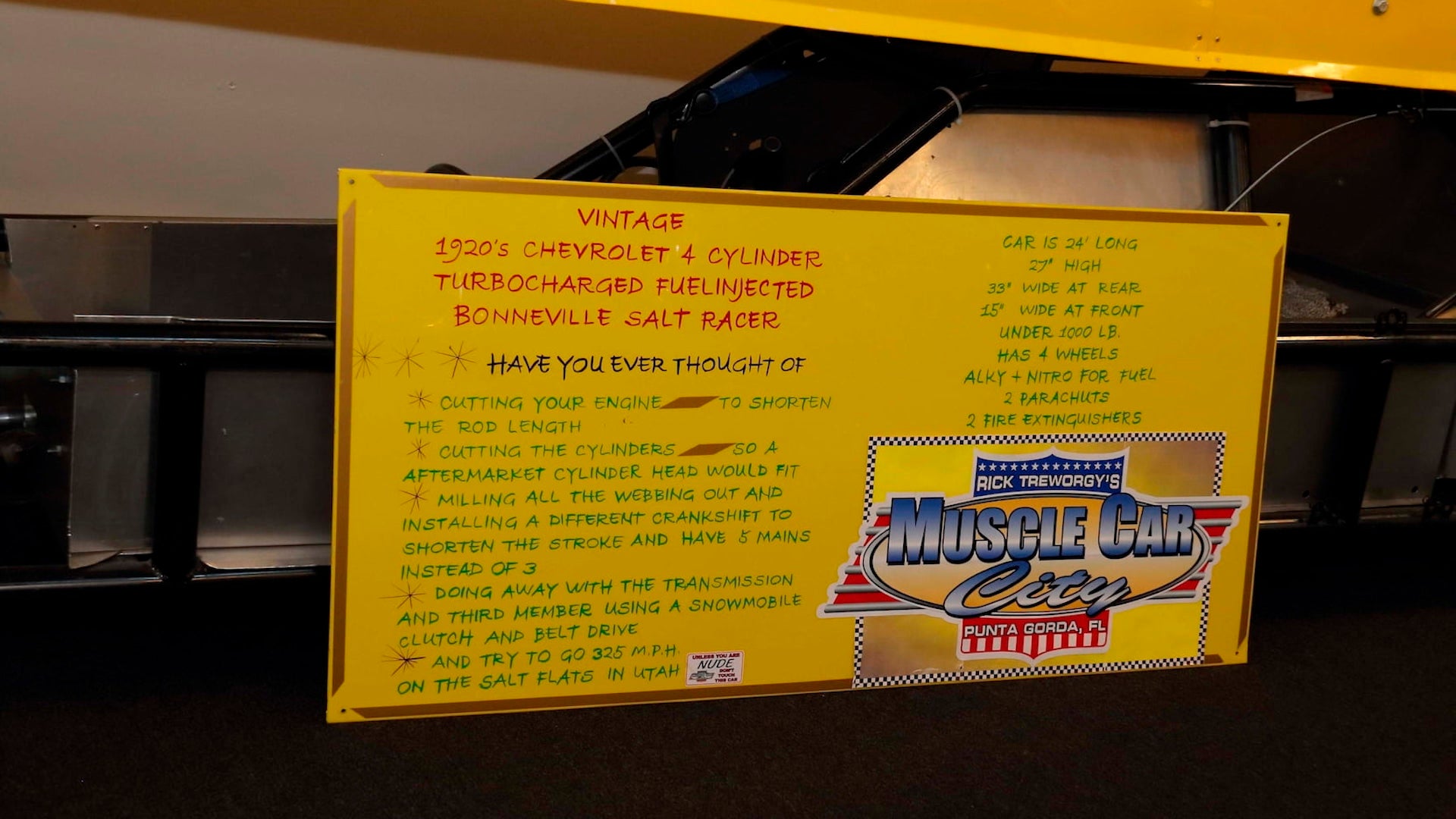 Land speed record racing is an odd category of motorsport, one with more classes of vehicle than you have cells in your body. Many of them are odd Frankenstein’s monsters of machines, like this ill-documented car, which runs on a highly modified inline four from the 1920s. Its builder de-stroked the engine, plumbed it with some serious turbocharging, and fueled it on alcohol and nitrous oxide, all in the hope of hitting 325 mph. Mecum, however, offers no information on whether it ever achieved that goal. Just means whoever buys it has to find out for themselves. 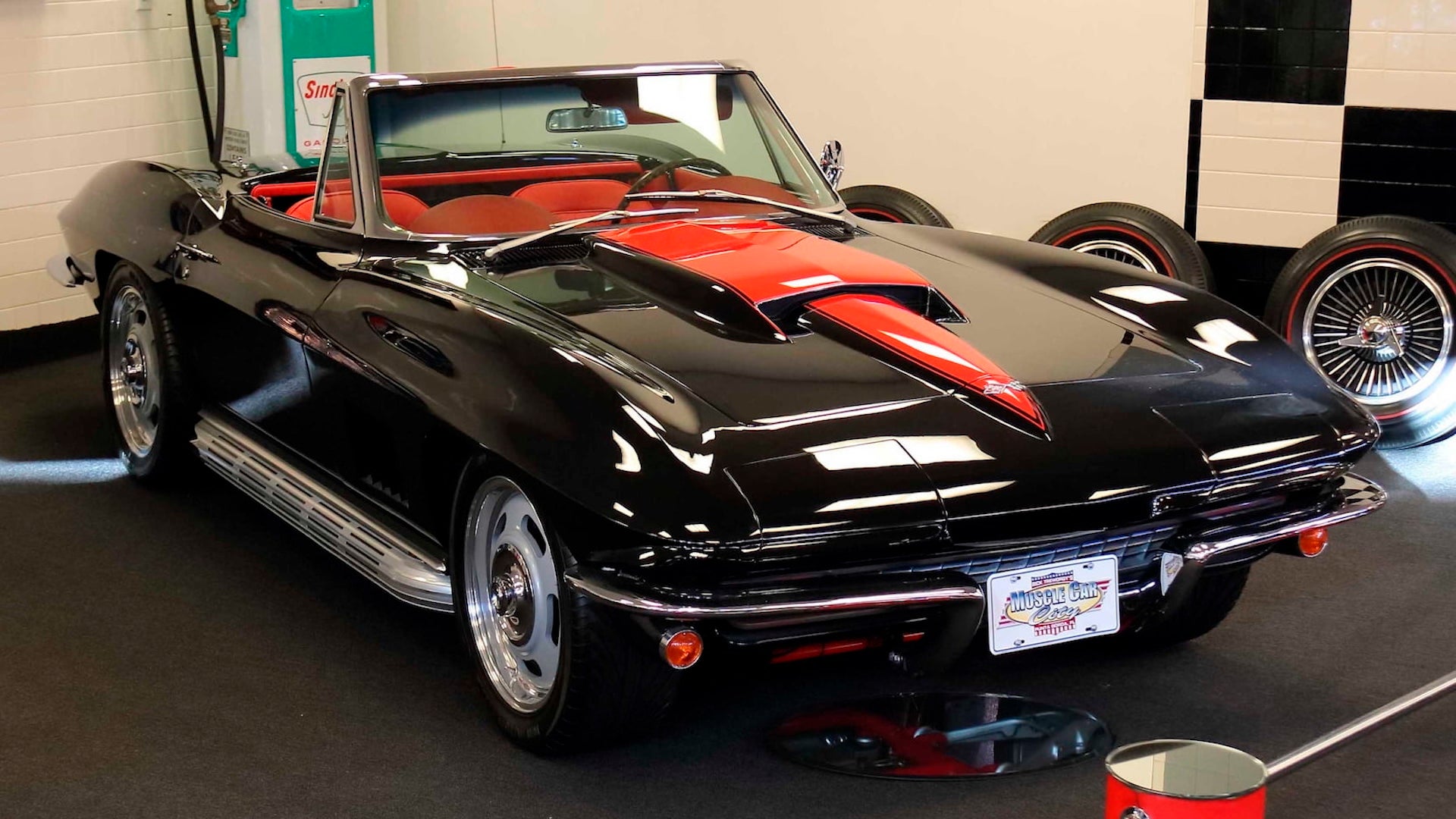 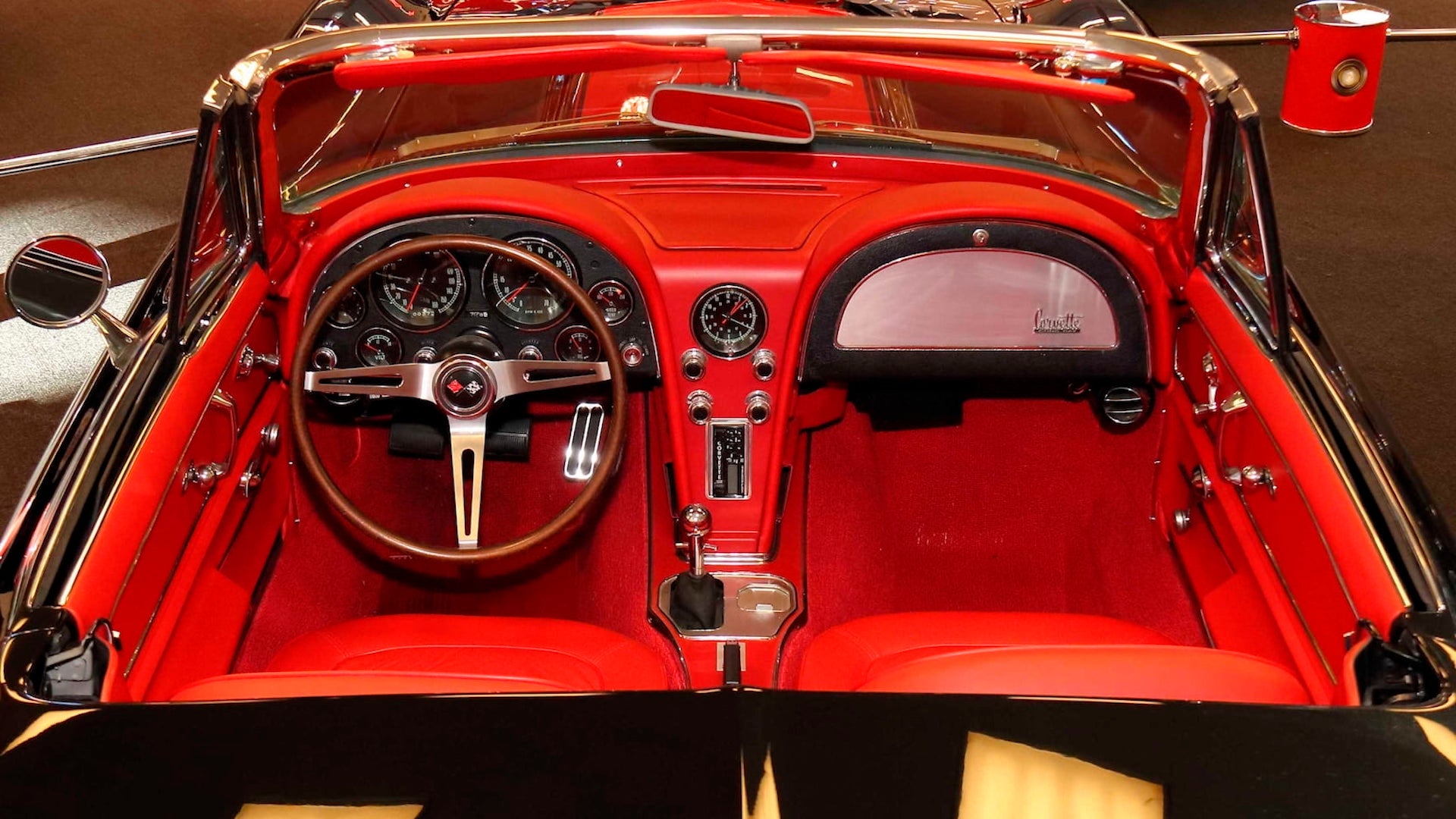 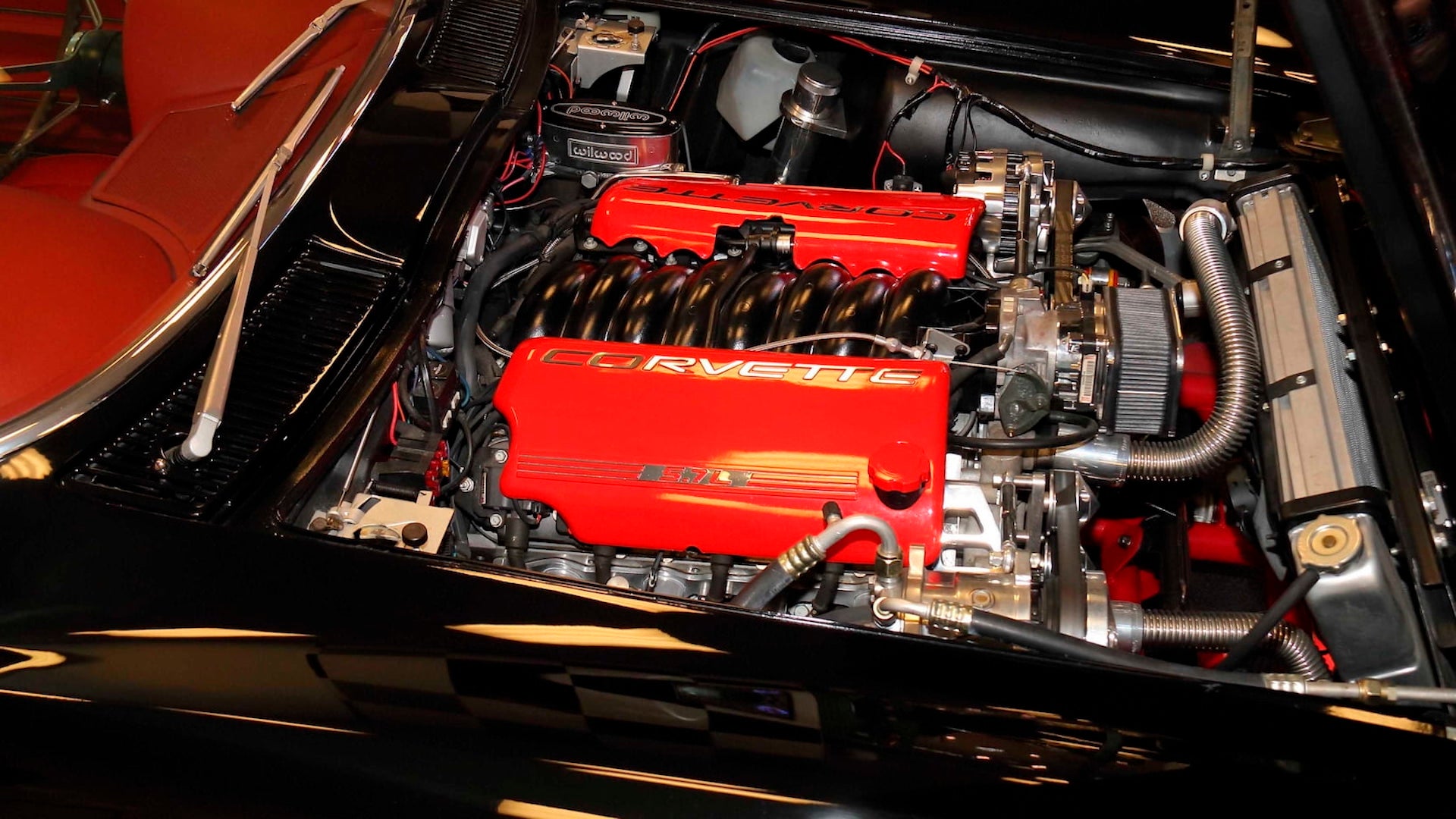 Tastefully modifying their car is something many Corvette owners struggle with, but Treworgy isn’t applauded for his taste without reason. This restomodded C2 was built around a tubular spaceframe supplied by Jamison’s Custom Corvette out of South Carolina, and is suspended on factory C4 suspension. A 6.2-liter LS1 V8 rams 350 horsepower and 400 pound-feet of torque into a five-speed Keisler manual, all the while bellowing out stock side pipes. Those blushing and fanning themselves over this will also be glad to hear it has modernized air conditioning. Also, nice wheels. 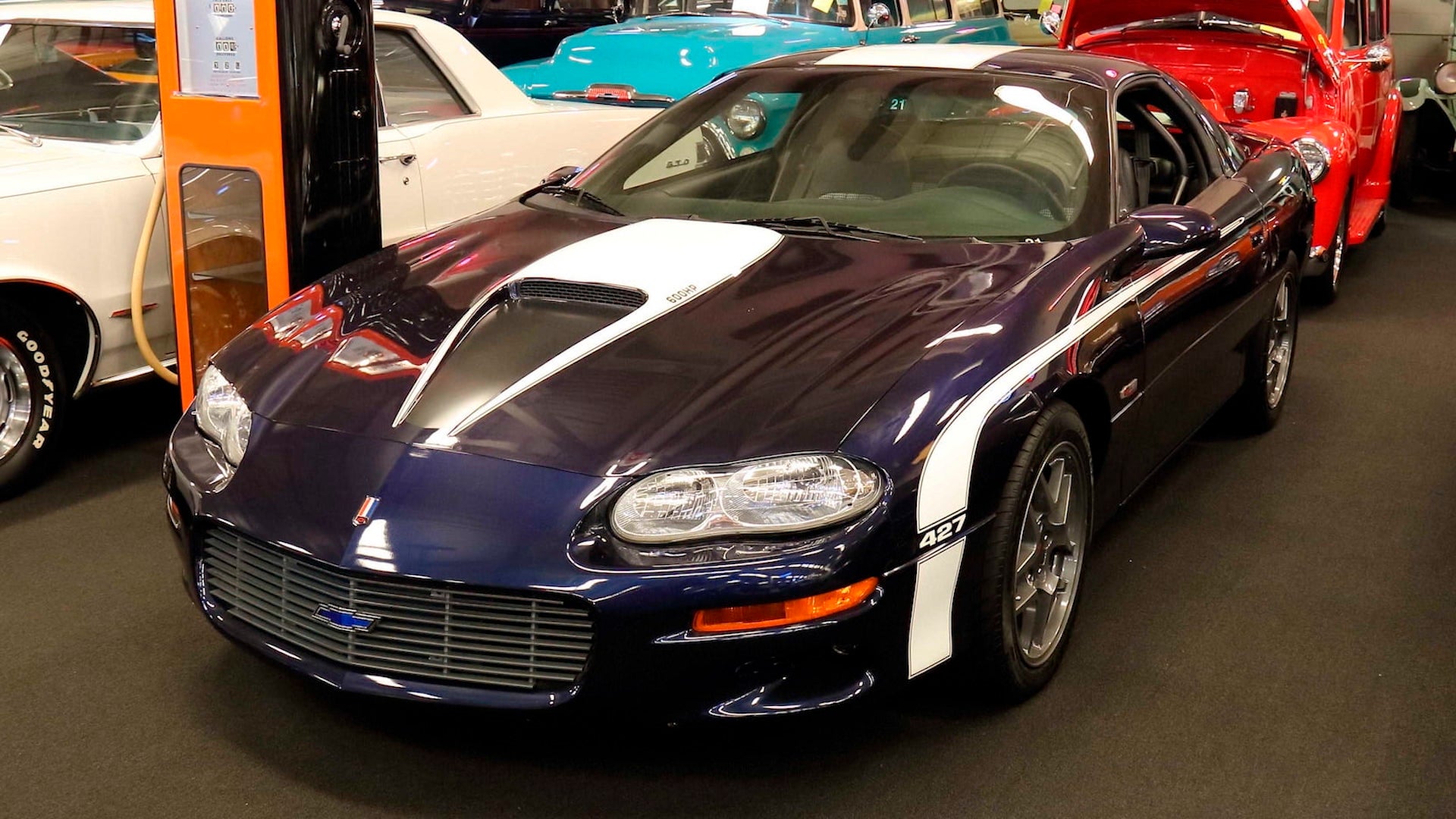 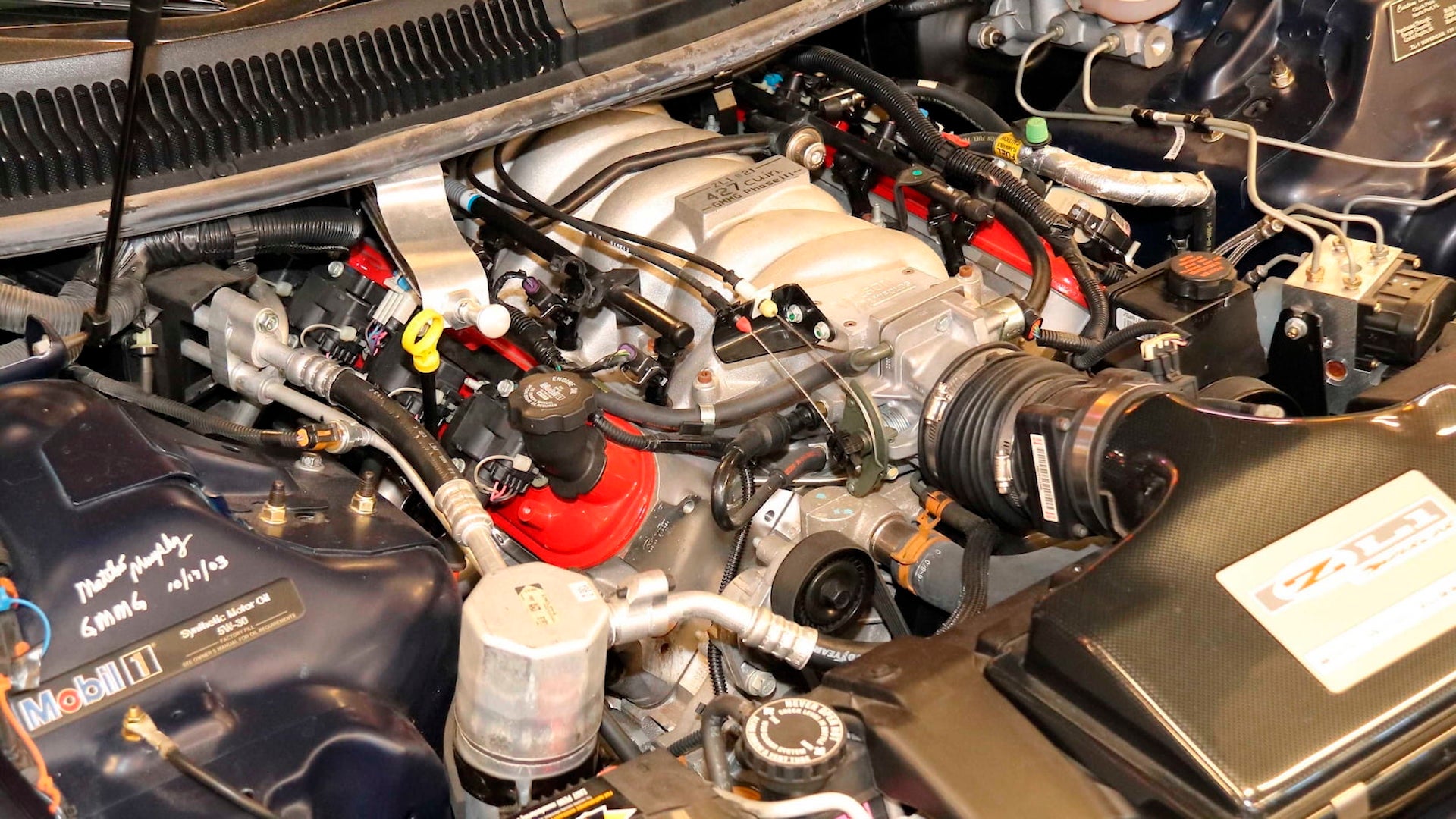 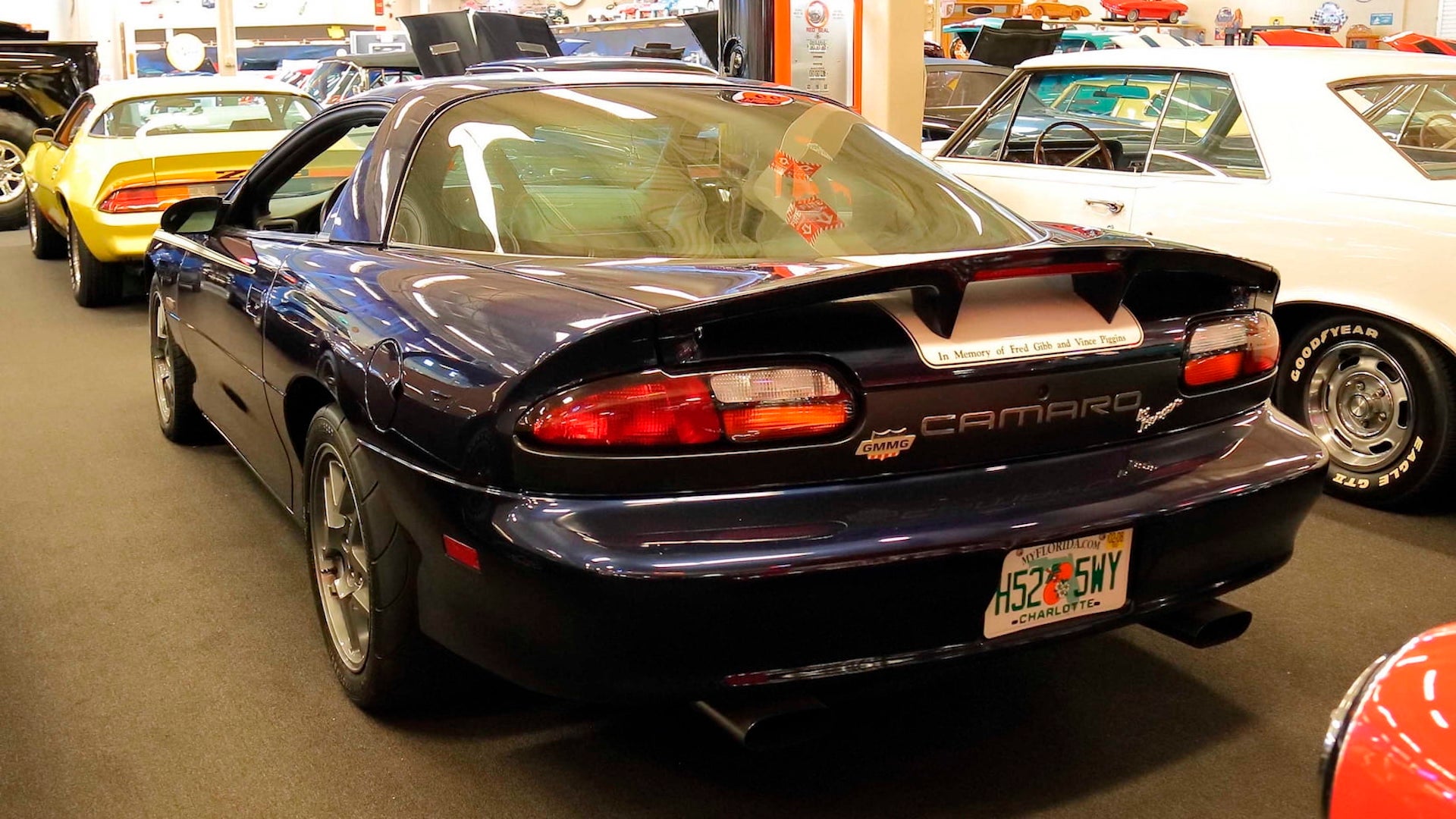 You’re not remembering wrong; there was no F-body ZL1. Not from the factory, anyway. This unofficial ZL1 was the product of Chevrolet tuner GMMG, which built 69 such Camaros, some of them with 7.0-liter, apparently Corvette C5.R-derived V8s producing up to 600 horsepower. Their chassis were upgraded accordingly, too, with C5 Corvette Z06 brakes, and Penske adjustable shock absorbers. Clearly, GMMG wasn’t overselling these 11-second Camaros by calling them a “Super Car.”