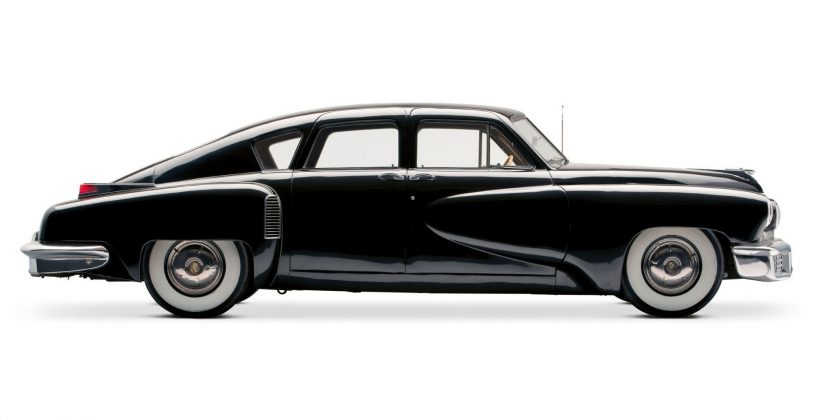 Some people have likened historic automotive industry figure Preston Tucker to Elon Musk. Tucker has been described with words like “a gifted entrepreneur and technological visionary who challenged the automotive establishment” (when Tucker was inducted into the Automotive Hall of Fame in 1999) and “an egomaniac who insulated himself from criticism by surrounding himself with acolytes” (The Drive 2016).

Either way you see it, Tucker made a big splash with his fantastical Tucker 48, powered by an overhead-valve, 5.5-liter naturally aspirated six-cylinder engine. Shaped like a bullet and striking a pose that looked fast even when it was standing still, the Tucker Torpedo was poised to succeed. But in a flurry of drama and intrigue, Tucker and his car went down in history in a revolutionary spectacle. 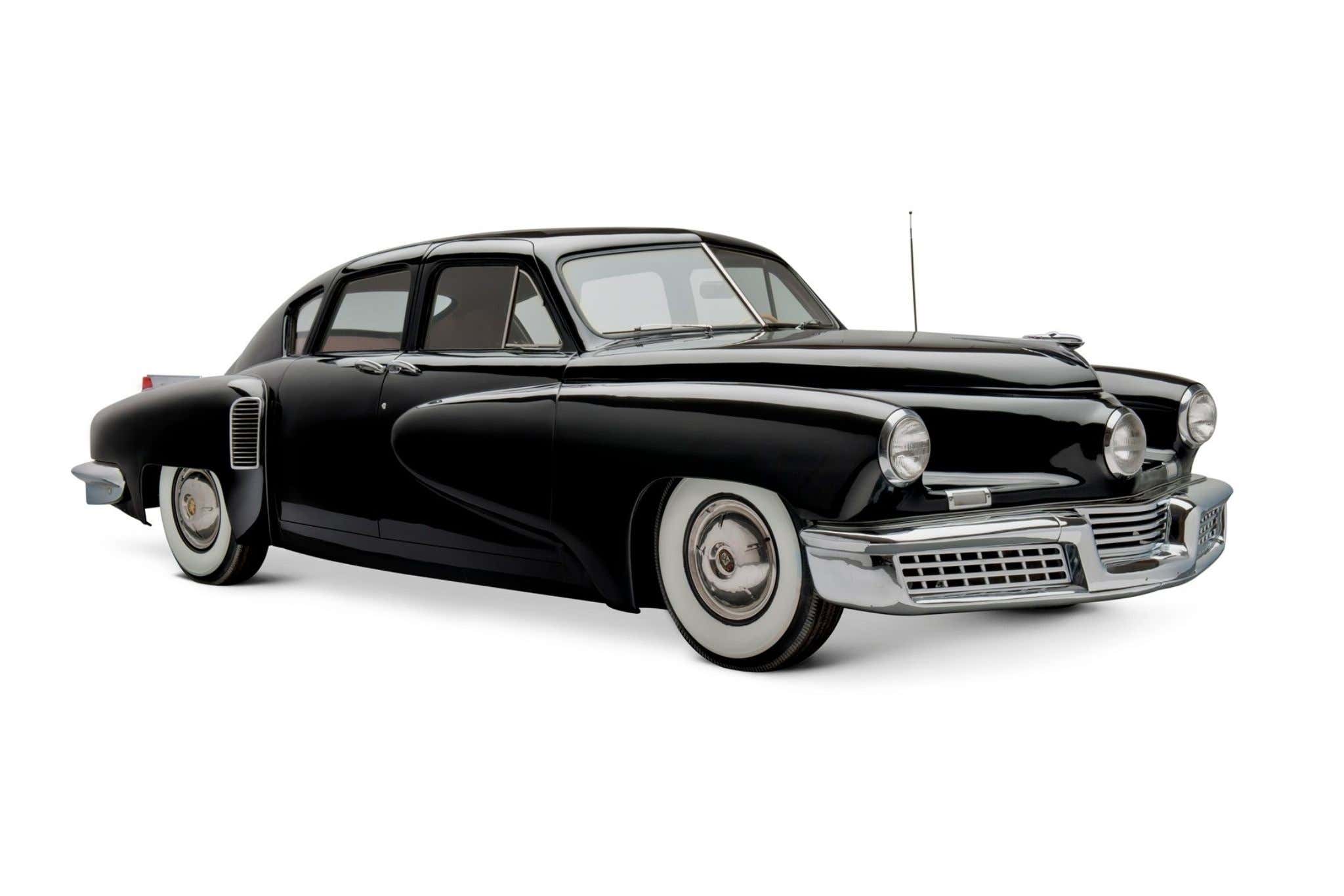 This post is part of our ongoing museum series, which was created to bring the stories from museums around the world to The Drive readers. Check out our previous posts in the series about a restored 1921 Duesenberg Model A, a drag-racing 1937 Willys, and James Hetfield’s Art Deco hot rod.

Asking a museum curator about their favorite car may be akin to asking a parent about their favorite child. But if you ask Henry Ford Museum curator Matt Anderson, his answer is the 1948 Tucker 48. He was 12 years old when the movie Tucker: The Man and His Dream came out, and he says he fell in love with it. He insisted on seeing the movie several times and is thrilled to have a real-life version of the car at the museum now. (Anderson also told me the incredible story of Stanley Tucker–no relation to Preston Tucker–the pilot who bought the first stateside Mustang three days before its launch.)

Today, the Tucker on display at the Henry Ford Museum is number 16 of 51 built (including a single prototype, nicknamed the Tin Goose). It has not been restored or even operated since 1958, Anderson says.

“Of the 47 or so Tuckers still surviving, we think ours is the most original version,” Anderson told me. “It represents the best of what we should be doing: preserving the cars as they were.” 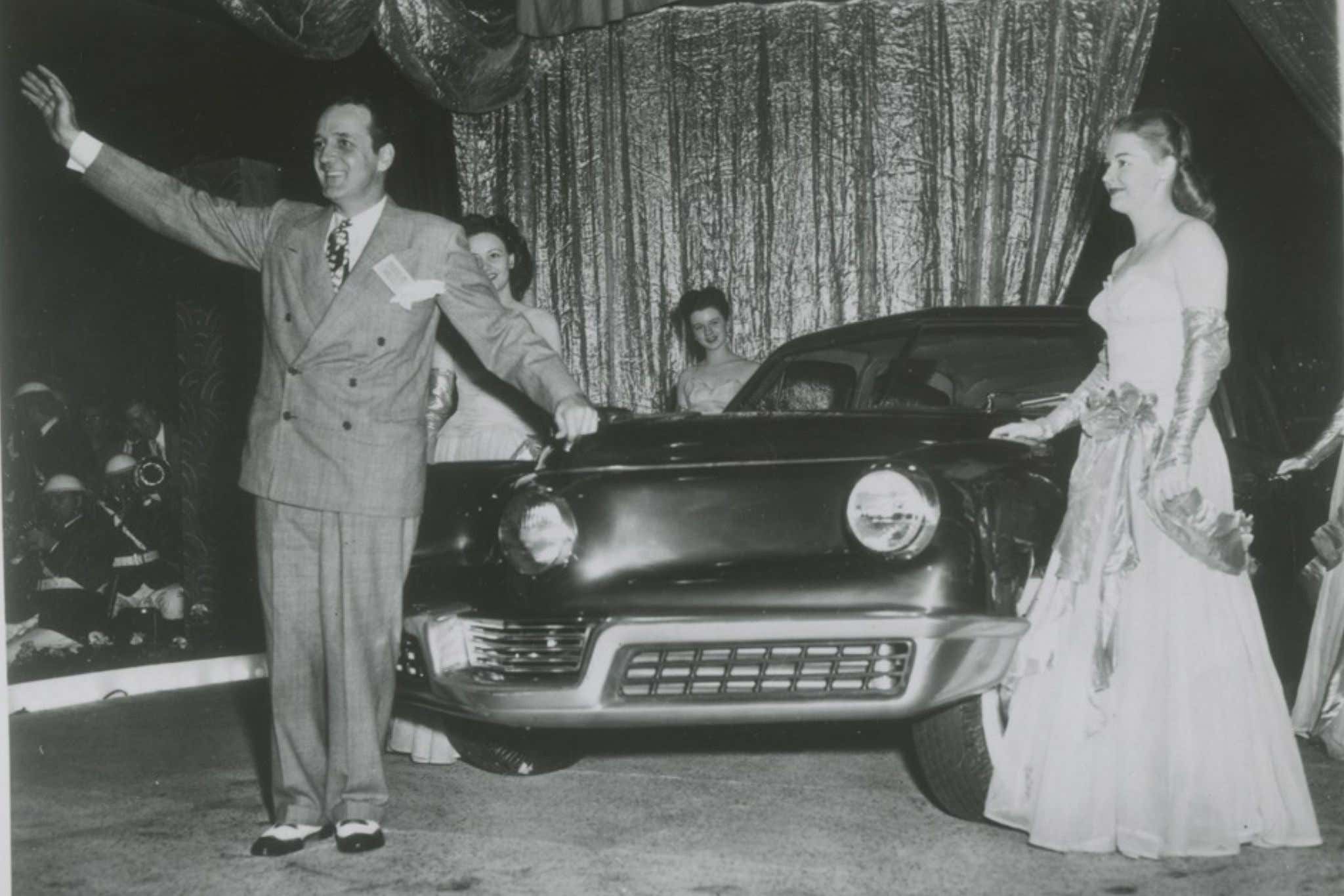 The curator believes the Tucker was ahead of its time, and it was definitely unusual. Protruding from the center of the front end was the “Cyclops eye” headlight, which turned with the steering wheel to illuminate corners. A pop-out windshield was designed to eject during a crash to protect passengers’ heads. As though the car was a prizefighter, it rotated its front fender toward the turn to fend off any unwelcome bumps and bruises.

Francis Ford Coppola, who was given his middle name to honor family friend Henry Ford, was fascinated by the Tucker. And later, he directed the Tucker movie that Anderson loved so much as a kid.

“As a child, my father told me about the new Tucker,” Coppola told Smithsonian magazine in 2012. “He had ordered one and invested in the Tucker stock. He took me to see the car when it was on exhibit and I was very excited. I remember the details very well and for months kept asking, ‘When is the Tucker coming?’ Finally, he said it was never coming, and that the big companies didn’t want it to exist, and wouldn’t let Mr. Tucker buy steel or the supplies he needed.” 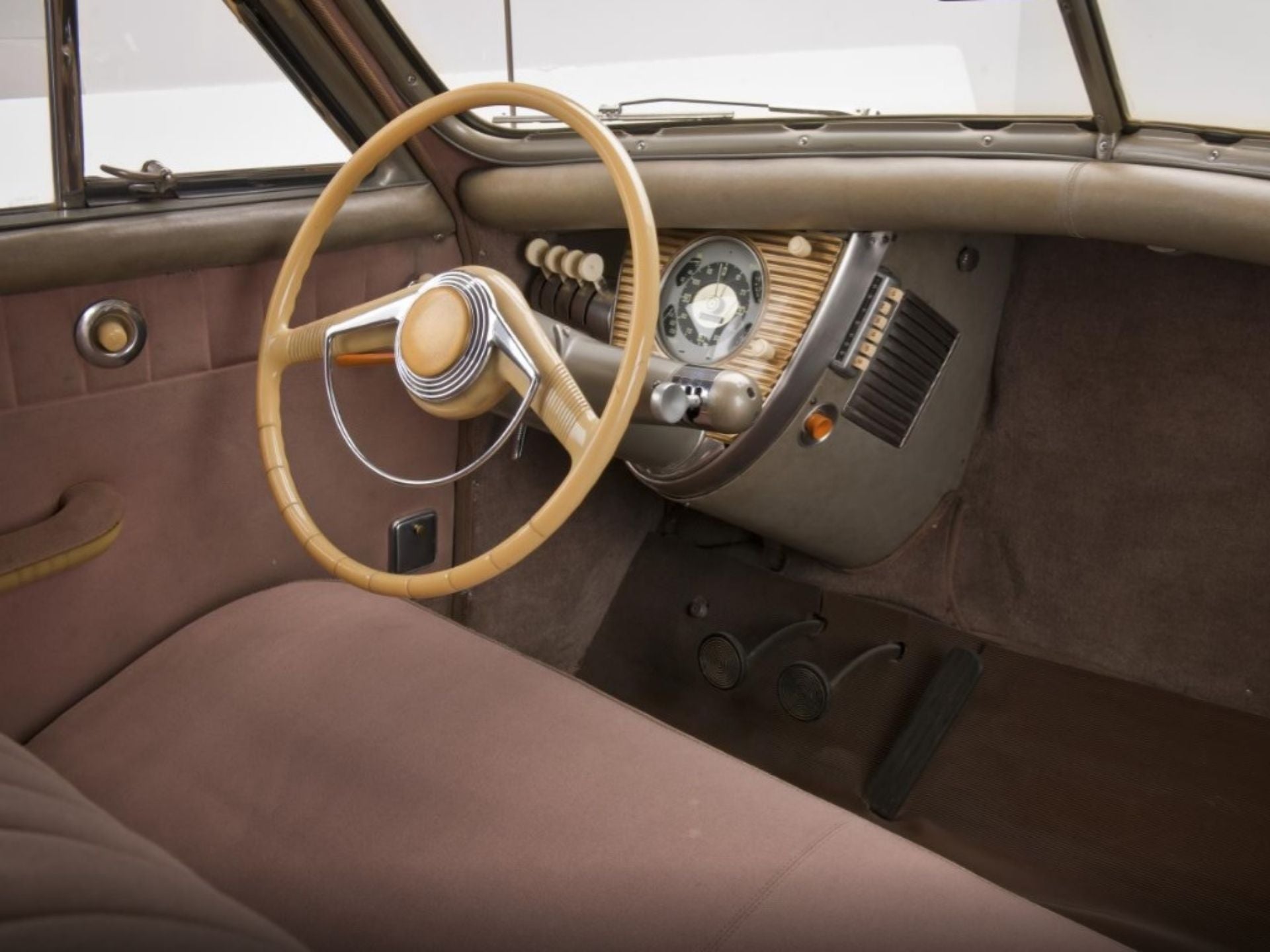 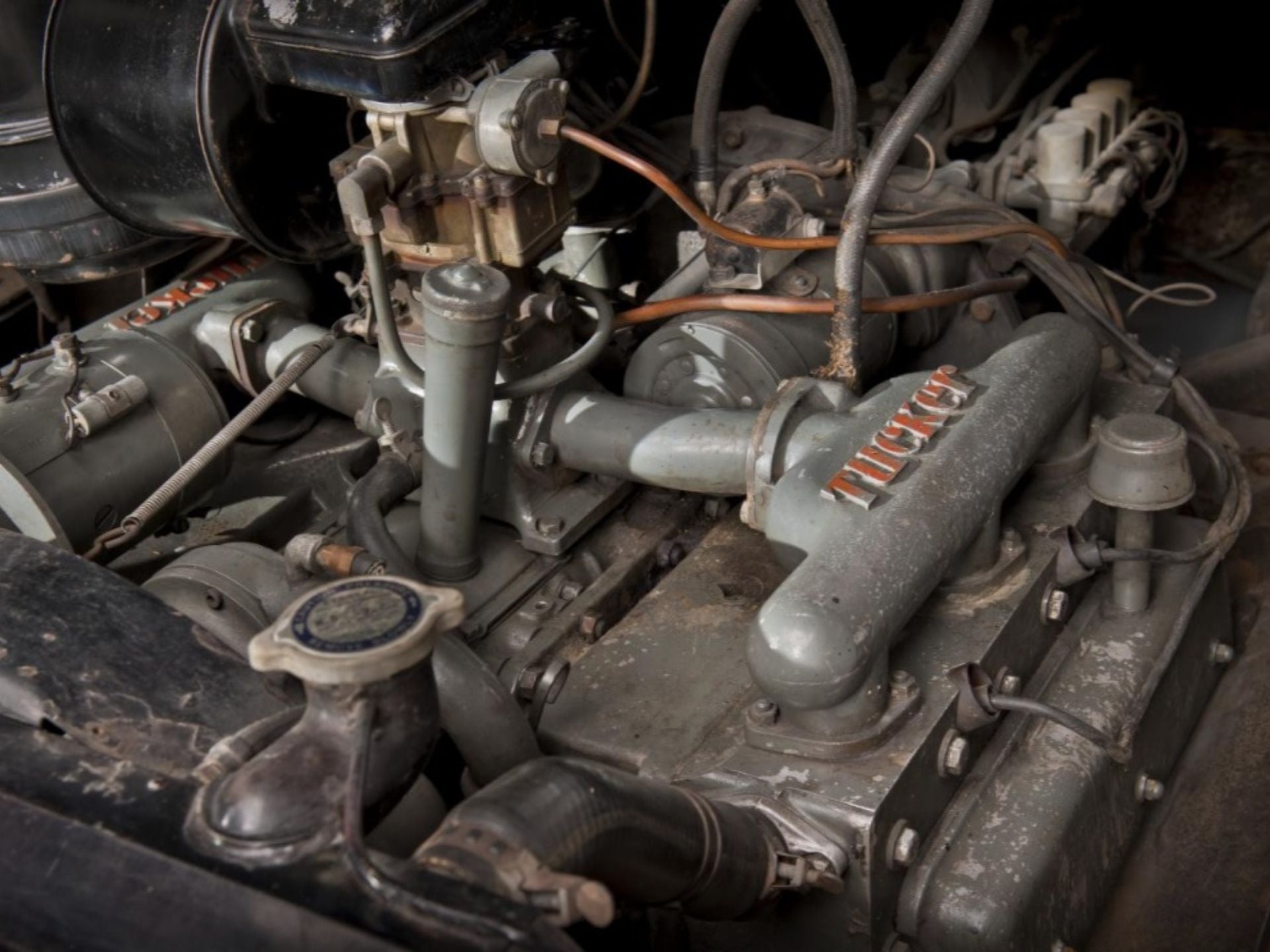 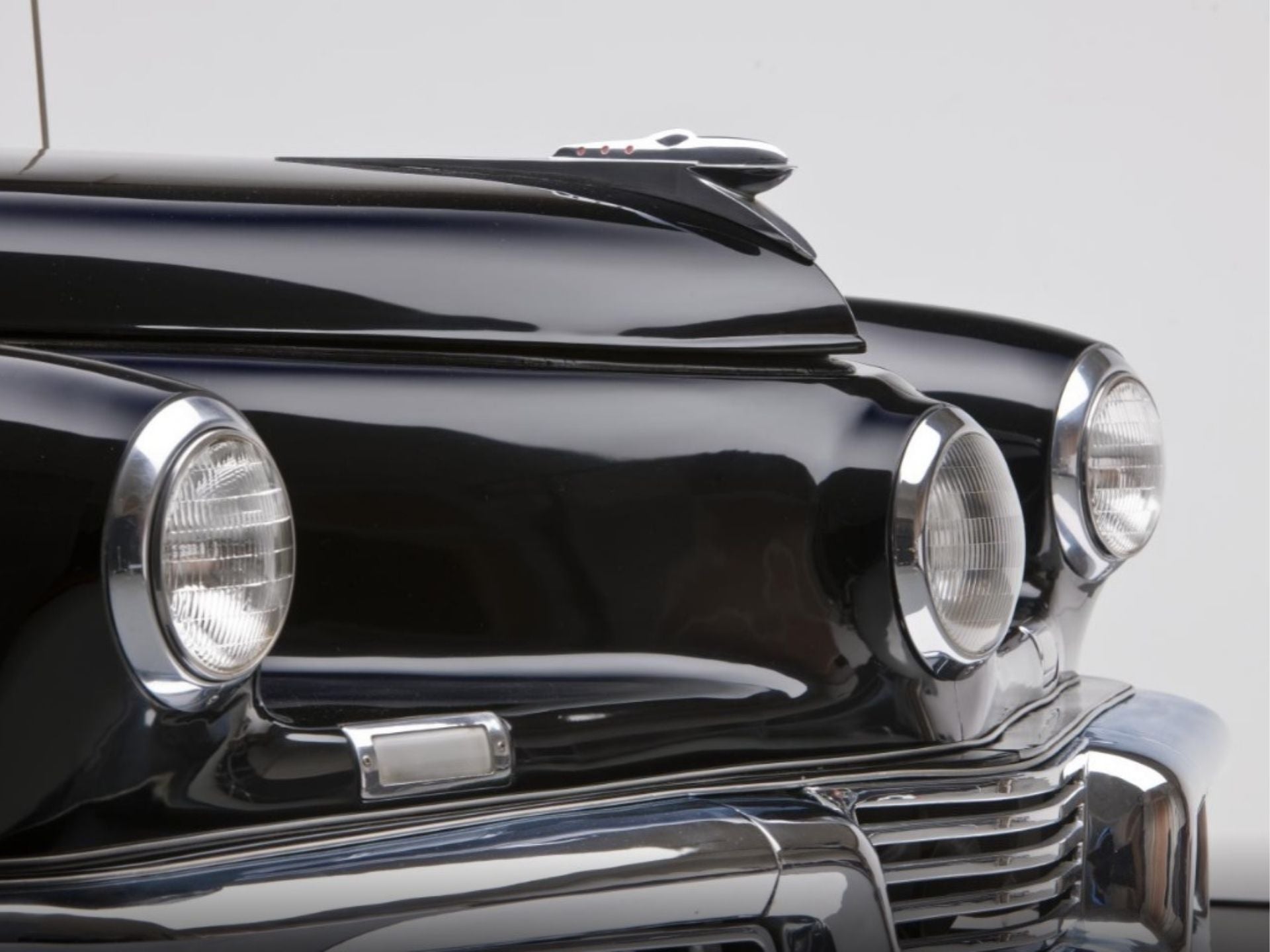 Historians tell the ending of the brief and tumultuous Tucker story in different ways, and the Ford Museum says Tucker’s company may have been a casualty of a bureaucratic war between the housing agency and the War Assets Administration. Tucker, a prolific salesman, raised millions of dollars in capital and caught the eye of the Securities Exchange Commission, which ultimately sent a team to descend upon Tucker’s manufacturing plant and shut it down.

Tucker was found not guilty in court, but the damage was done. Tucker had been forced by the SEC to lay off 1,600 workers and the resulting news reports, some including illegally leaked information from an SEC investigator, sunk him for good. Tucker launched a series of civil suits against the Evening News Association, but before the suit went to court, Tucker died of lung cancer. The very Tucker Torpedo that sits in the Henry Ford today had been acquired by the Evening News Association as evidence and donated to the museum.

You can’t buy a Tucker anymore unless one happens to go up for auction and you have a zillion dollars to spare. If you have a little less cash and you can convince Rob Ida Concepts to re-create a version for you in carbon fiber like the one he built for SEMA in 2017, then you can drive a solid facsimile. For now, you can see one beautiful original in the Henry Ford Museum and imagine what could have been.