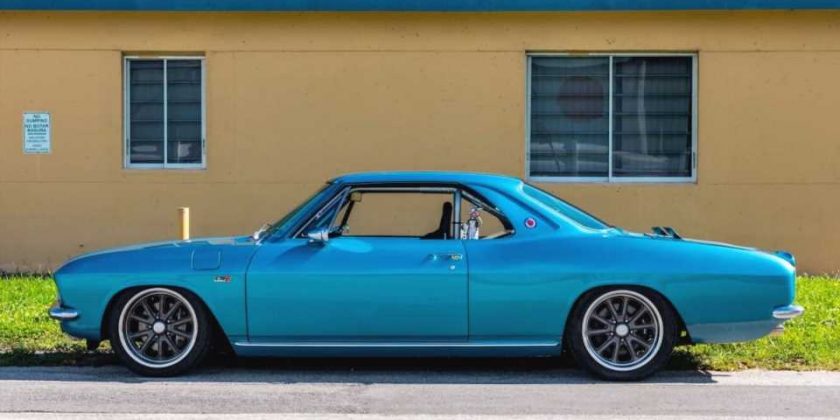 Named for the slick Corvette and elegant Bel Air, the Chevrolet Corvair has a storied history. With its appearance in January of 1960, it was apparent that Chevrolet’s then-General Manager Ed Cole had put his heart into this car. It was (and still is) the only American-designed, mass-produced passenger car with a rear-mounted, air-cooled engine, and it was widely advertised to appeal to a variety of buyers in two- and four-door versions.

The second generation of the Corvair (starting in 1965) included a rear-mounted 2.7L flat-six engine that hauled nicely. Jeff Moore of The Automotive Archeologists took that a step further, reportedly investing $100,000 into a 1965 Chevy Corvair Super Stinger to turn it into a 385-hp LS6-stuffed beast. All 2,850 pounds of it will cross the auction block at Mecum Auction’s Orlando, Florida event at the end of this month, and it should command much more than that number. 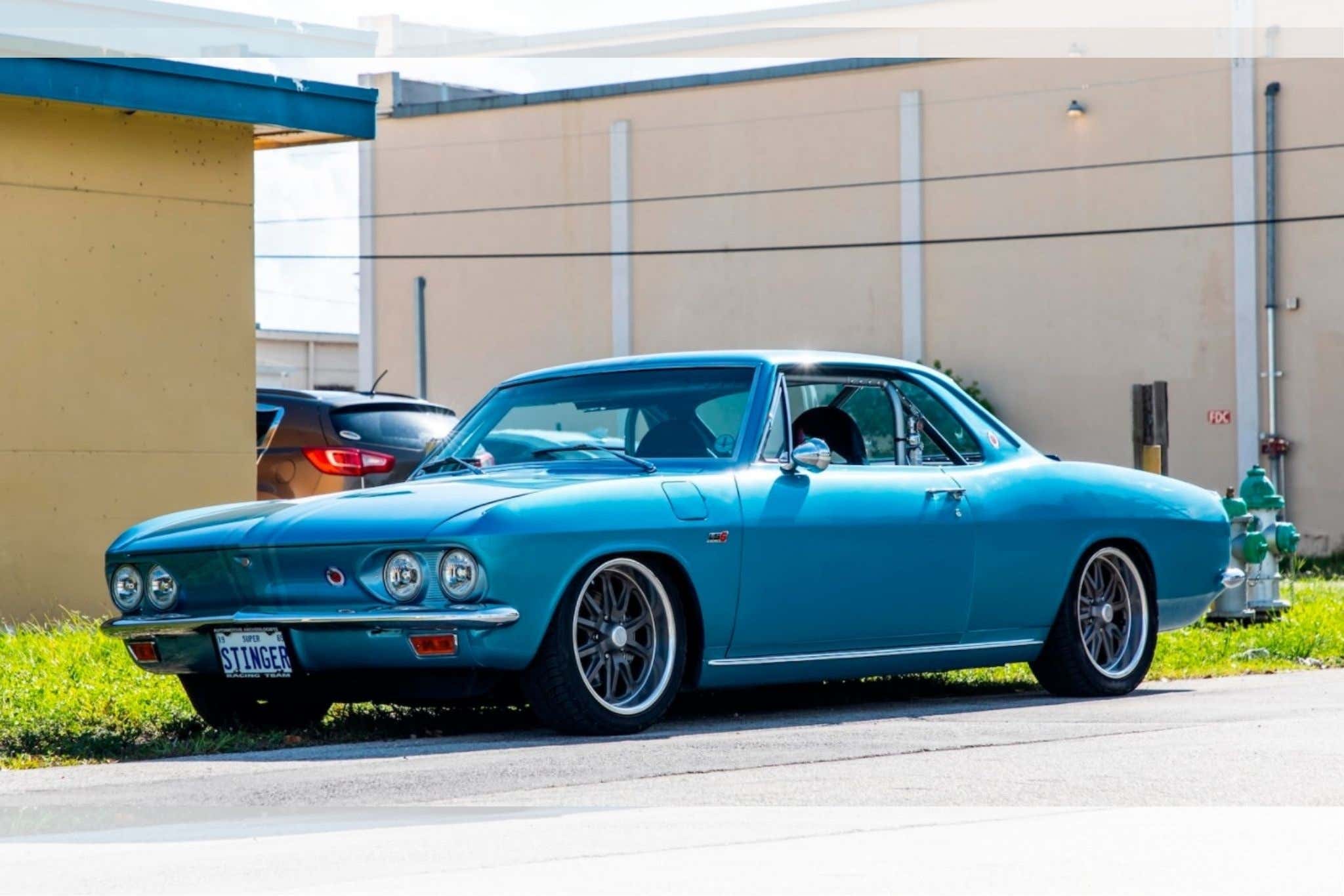 An early ad for the Chevrolet Corvair proclaimed it was “the only American car with an airplane-type horizontal engine.” Dubbed “the American Porsche 911” by some, the Corvair was designed to be a lightweight, sporty car that was fun to drive. It gained a boatload of negative publicity with Ralph Nader’s whistleblower book Unsafe at Any Speed, which debuted in 1965. But by the time the book was released, the 1965 model had launched with the safety concerns addressed. By 1969, the Corvair faded away.

This particular Corvair is better than any that were available back then, as it contains the LS V8 from Moore’s 2001 Corvette Z06 SCCA T1 race car. As reported by GM Authority, Moore fabricated a custom firewall to separate the seats from the engine and positioned the LS6 just behind it, which helped to attain a 50/50 weight distribution. Then he topped it off with a hinged plexiglass cover to allow access to the powerplant. 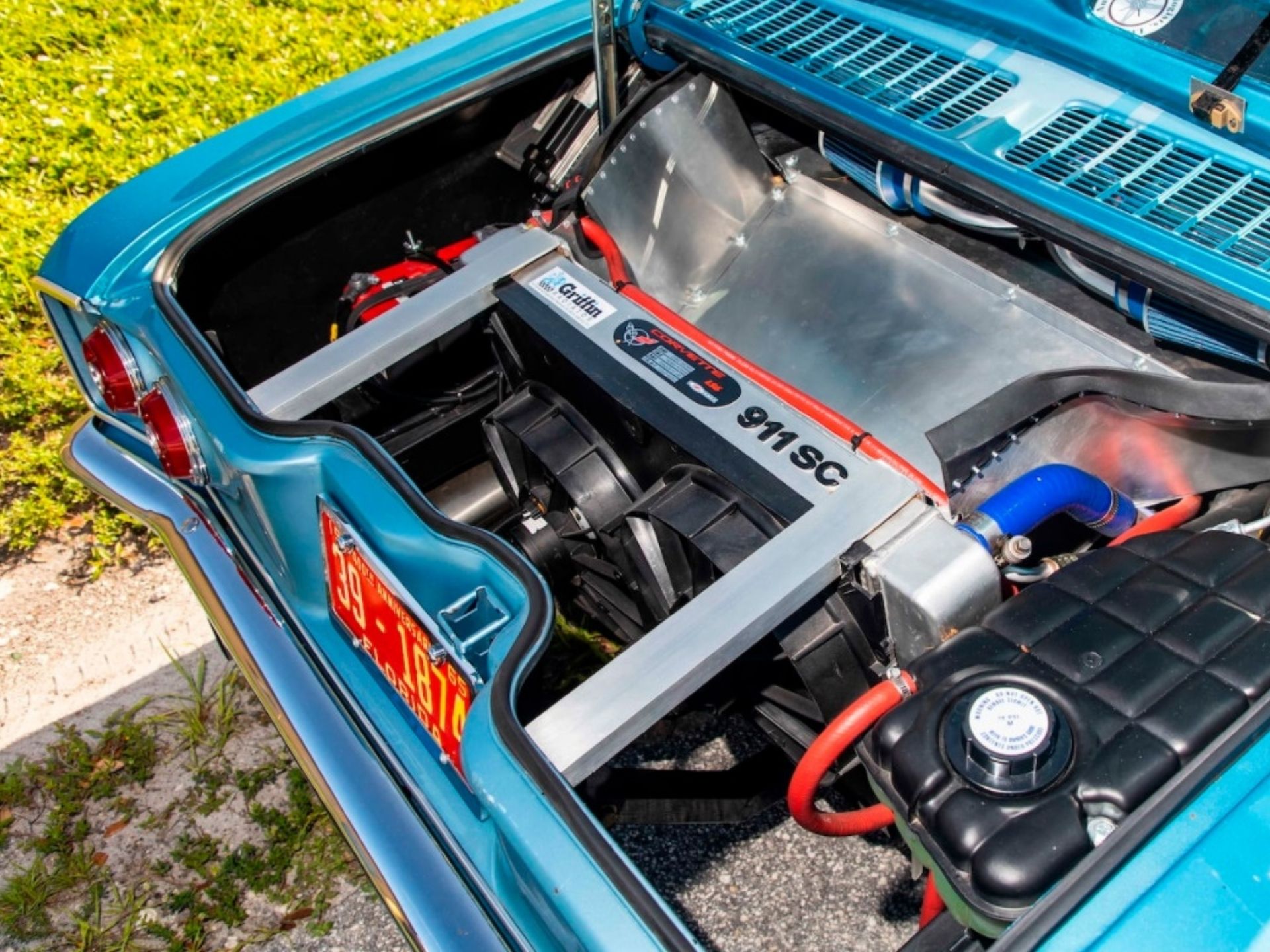 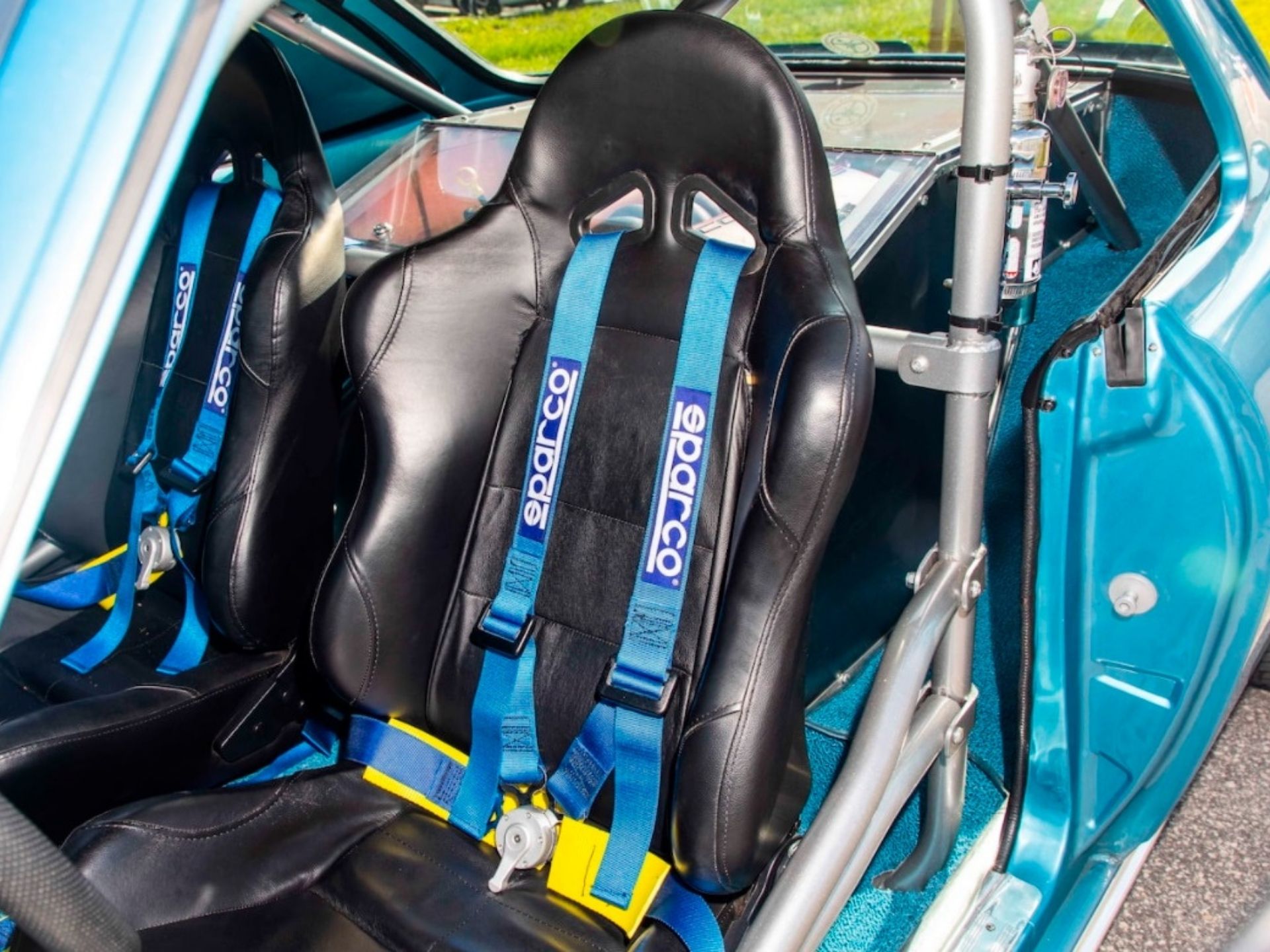 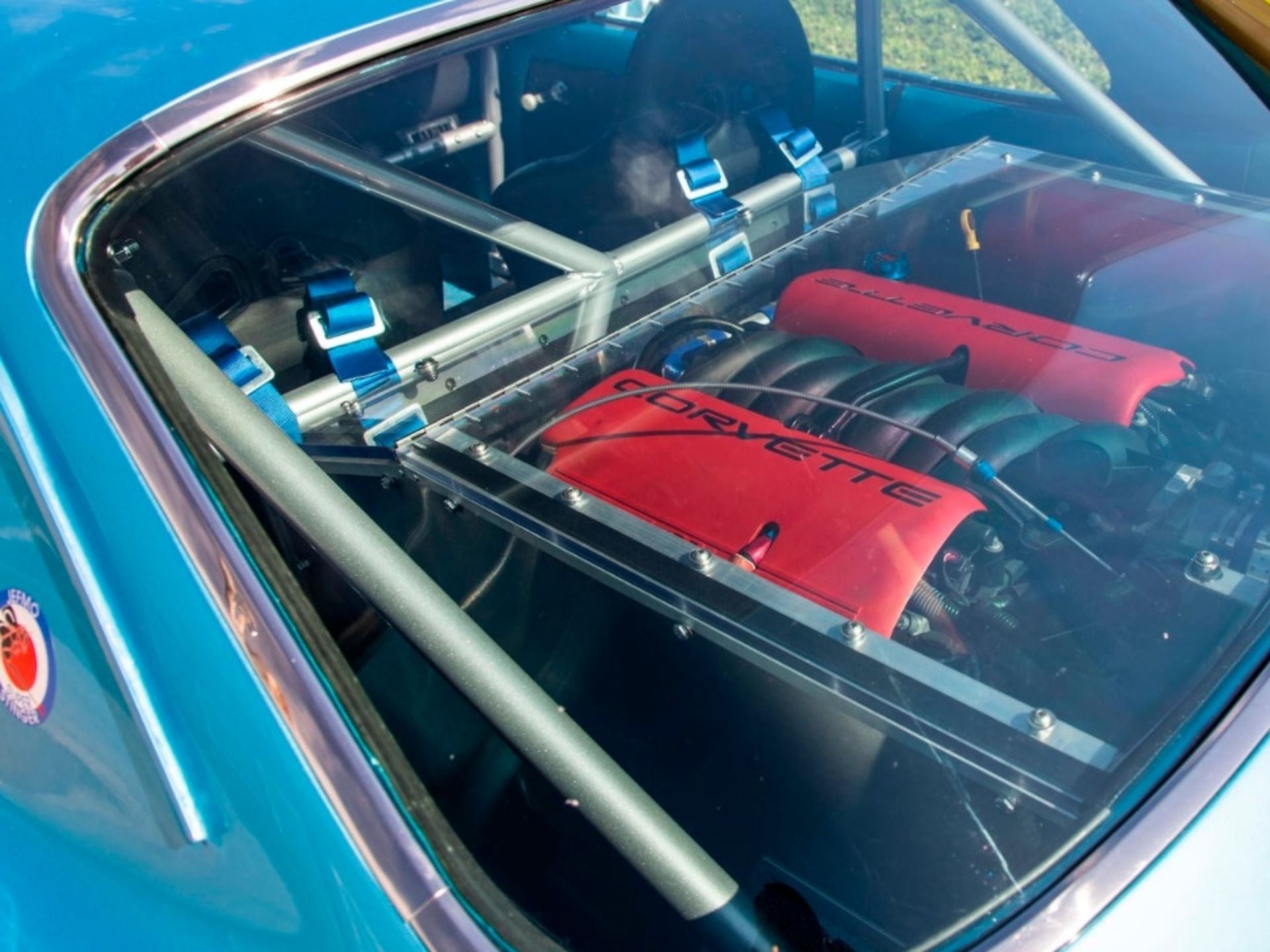 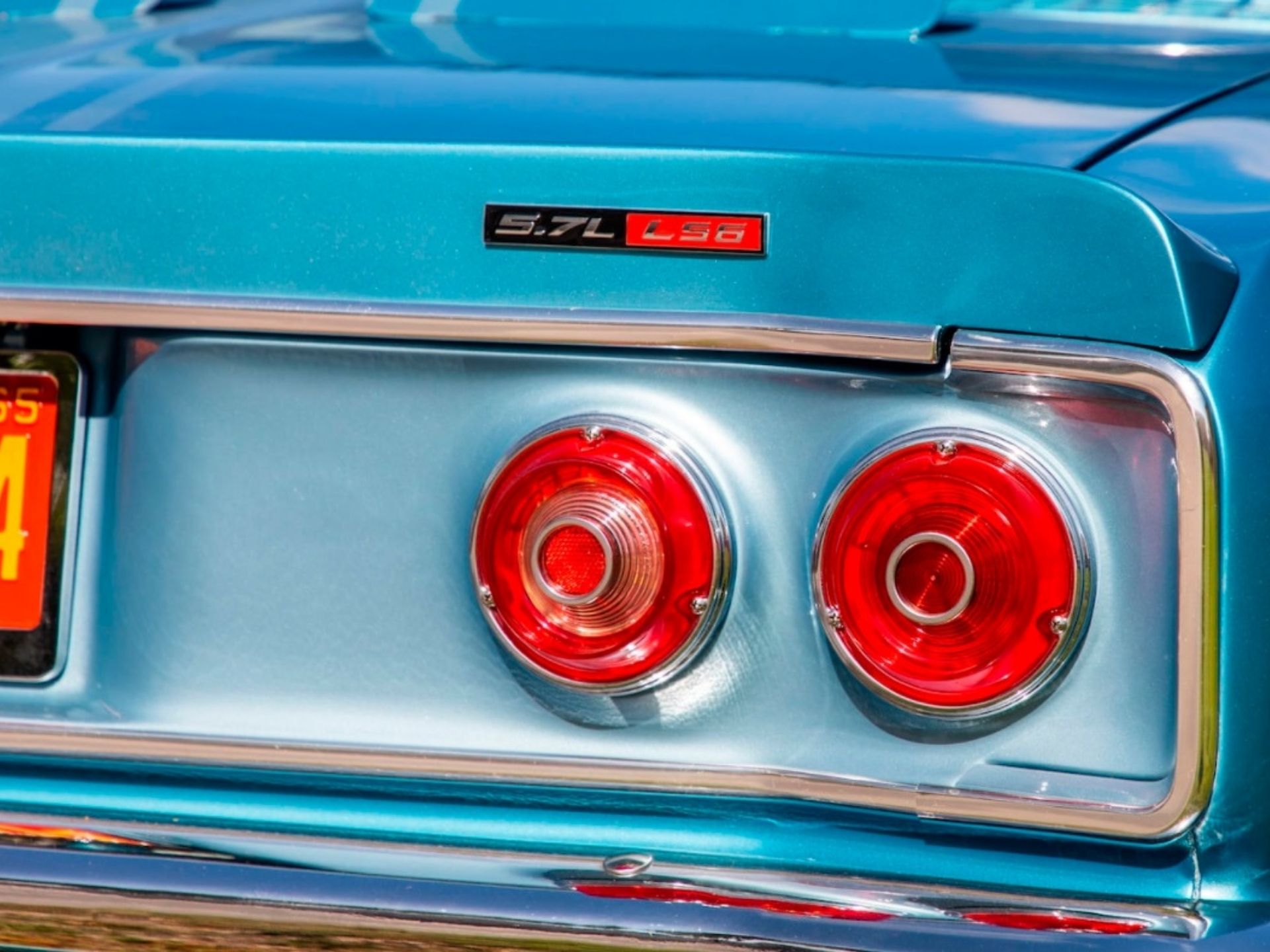 Fashioned in the style of a Don Yenko Stinger (which first appeared on the track in 1966) this Corvair has a full cage, four-wheel power disc brakes, Vintage Air components, and a five-speed Porsche 911SC transaxle. Inside, black leather racing seats with bolsters and five-point harnesses keep the passengers glued in during fast corners. It’s even equipped with Bluetooth connectivity, which the Corvair certainly didn’t have in 1965.

Throw away any negative perceptions you have about the Corvair with this 1965 model, because it’s a fierce specimen. And it’s exponentially better-looking inside and out than this bizarro Corvair-bodied Sebring with creepy skeleton-hand side mirrors.