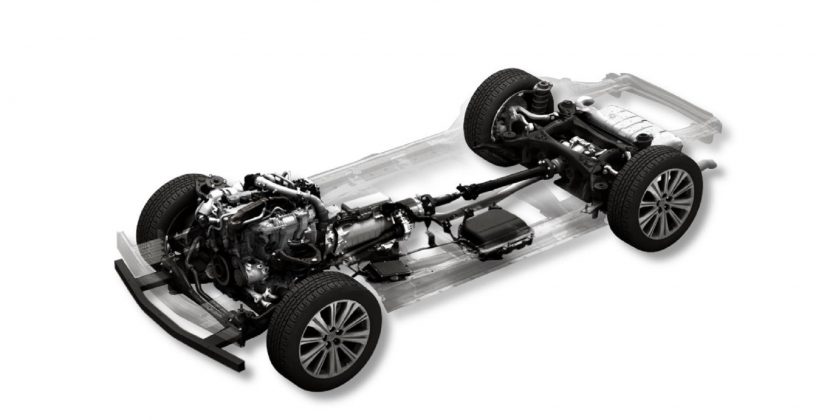 Yesterday, Mazda announced plans to have a quarter of its cars be fully electric and all of its cars be offered with some degree of electrification by the year 2030. As part of that announcement, it also showed off a picture of what looked like its long-promised, straight-six, rear-drive platform, arguably the most interesting part of Mazda’s future apart from the inevitable all-electric (NE?) Miata.

Thanks to Road & Track, a couple of details have been discovered concerning this powertrain. Merely billed as a “large gasoline engine” with a 48-volt mild hybrid in Mazda’s press materials, the powertrain was confirmed to R&T by a Mazda rep as the company’s straight-six. The publication also spotted a shaft connecting the gearbox to the front axle, indicating rear-biased all-wheel drive. Look closer at the front suspension, meanwhile, and you’ll discover a set of double-wishbones. All good ingredients for a genuinely sporty, luxury-ish sedan. 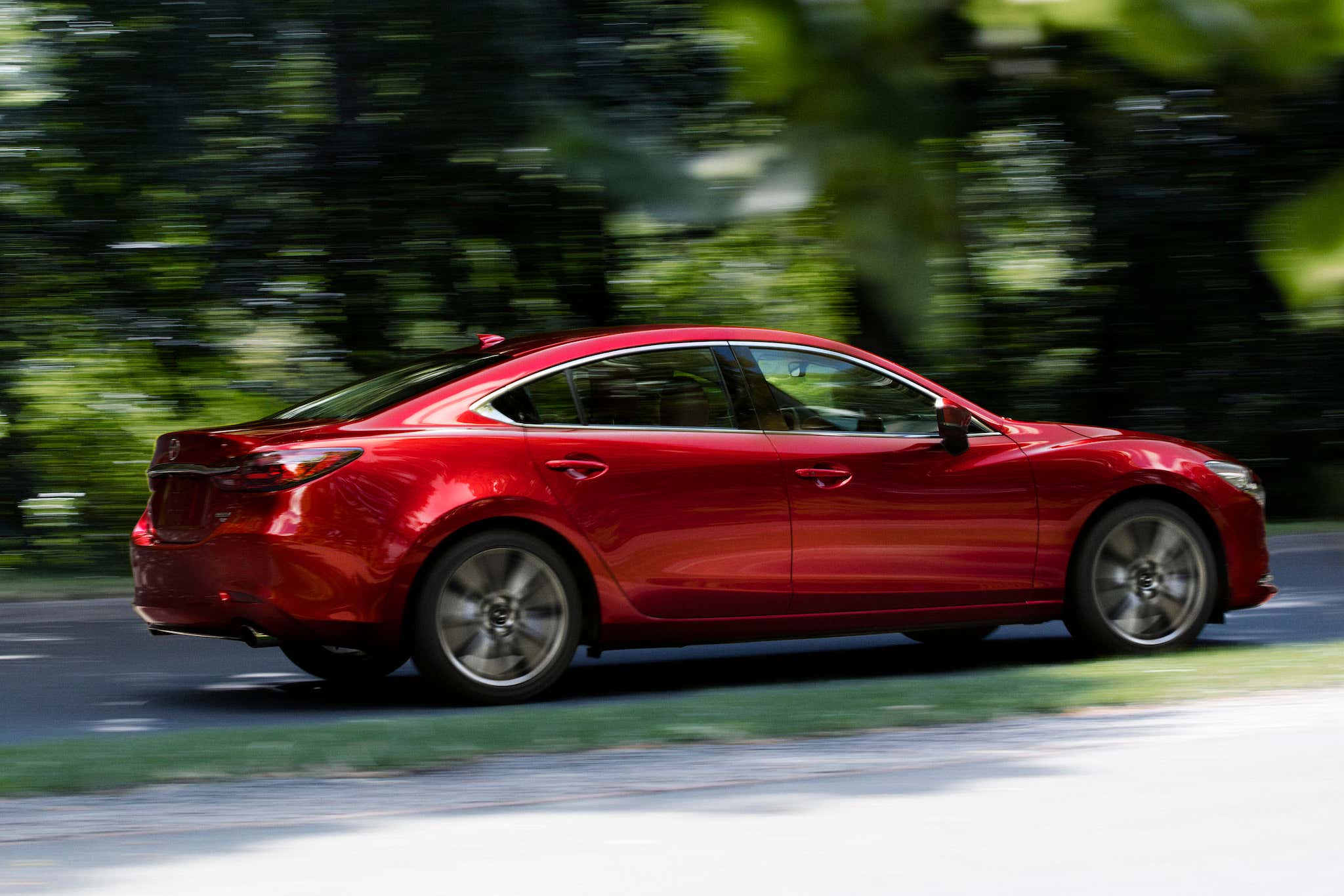 This straight-six could power the next-generation Mazda6 mid-size sedan, which was recently discontinued in the U.S., or at least its spiritual successor. That last-gen 6 was front-drive-based and powered exclusively by four-cylinder engines, but if it does come back, it’s expected to move upmarket with those extra two cylinders and that new rear-biased layout.

Additionally, Mazda also showed off a future four-cylinder plug-in hybrid powertrain, a diesel mild-hybrid straight-six, and a new EV platform with rotary range extender compatibility, just like in the MX-30.