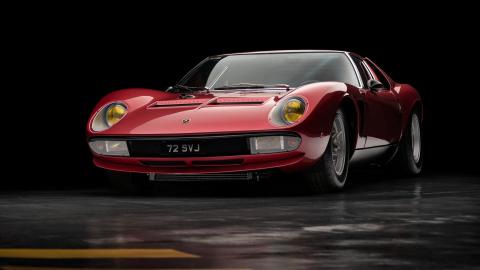 The Miura SVJ was produced thanks to Lamborghini’s then test driver, Bob Wallace.

The Lamborghini Miura is considered to be one of the most iconic offerings from the Italian brand. While the Miura itself is rare with its production number limited to 700 units, there is an even more rare ‘SVJ’ version with only 3 examples built.

One of them has now surfaced and has been listed for sale at Kidston. The Miura SVJ was produced thanks to Lamborghini’s then test driver, Bob Wallace – who wanted a motorsport-inspired version of the car.

The story goes that the original Lamborghini Miura SVJ was built as a prototype from the ground up. It came with distinctive headlamps, stripped-out interiors, a tweaked V12 engine and a free-flow exhaust. However, the car was sold to a VIP client and was destroyed in a high-speed accident before delivery.

Over the years though, a lot of interest was generated in the new variant and Lamborghini finally deciding to build three examples of the Miura SVJ. The car currently up for sale, is said to be one of the three examples, carrying chassis no. 5090.

The car has been christened ‘The Corsican car’ and was built for a French customer. Over the years, the colour of the car was changed to Silver, before being returned to the original ‘Rosso Granada’ paint scheme, through a three-year restoration period, which was completed in 2012.

The Lamborghini Miura SVJ has clocked a little over 19,000 km over the years. Kidston hasn’t mentioned the price for the car. However, considering its history and rarity, a seven-digit figure can’t be ruled out.