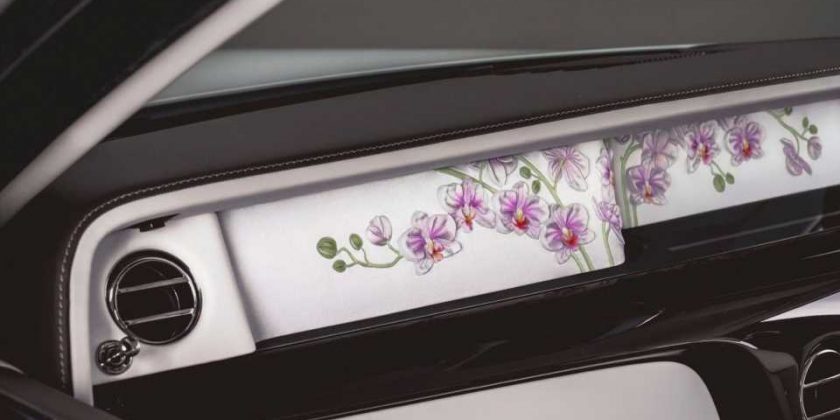 As if a Rolls-Royce Phantom isn’t stunning enough as is, the British company has one-upped itself with a one-off work of art for a commission in Singapore. Artist Helen Amy Murray and her team of six spent more than 200 hours on it, fashioning orchids from silk crepe satin and incorporating it into the “Phantom’s Gallery” in front of the passenger. Two years later, the car is finally complete, and it’s breathtaking.

Even the exterior paint is unusual on this car, starting with Arctic White as the base with a tint of orchid-themed violet. Fine glass particles add a pearlescent appearance, which creates a shimmering effect. Fair warning: if you were to see this car on the road, you could be temporarily frozen in place from the sheer bedazzlement. 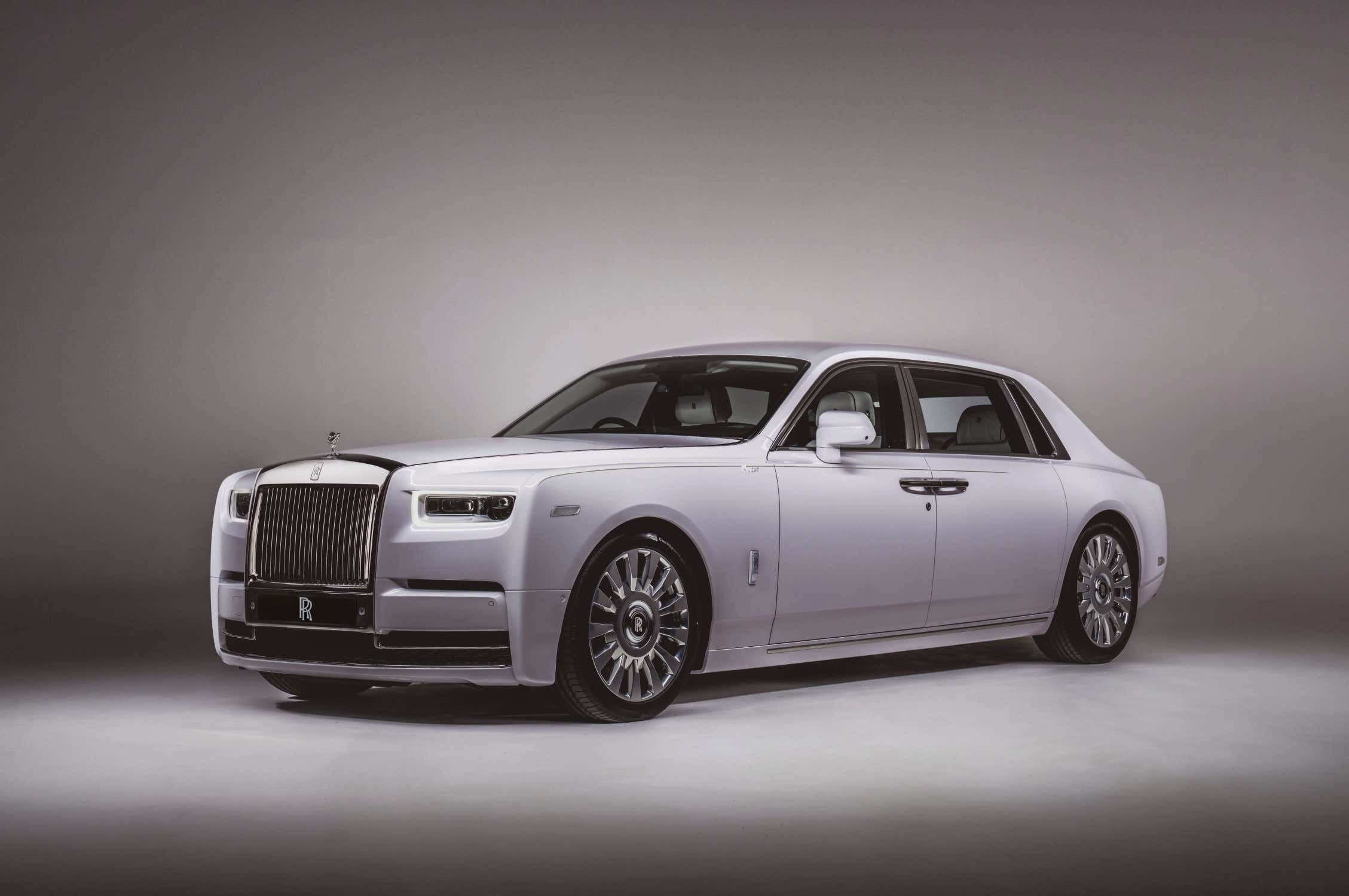 Stop and imagine, for a moment, what this one-of-one Phantom might cost. A typical Phantom starts at about $450,000, and the extended wheelbase version bumps it up by $100k. On top of that, add artwork that includes silk and glass to the equation plus hundreds of hours and two full years to complete, and you could be looking at multiple millions of dollars.

Named Phantom Orchid, the car features hand-sculpted silk artwork protected behind glass that runs across its fascia. Inside, it’s finished in Grace White, Havana, and Smoke Grey with Dark Olive stitching, and I have a feeling angels sing when you slide behind the wheel. Or, as it may be, in the back seat after the chauffeur opens the door. 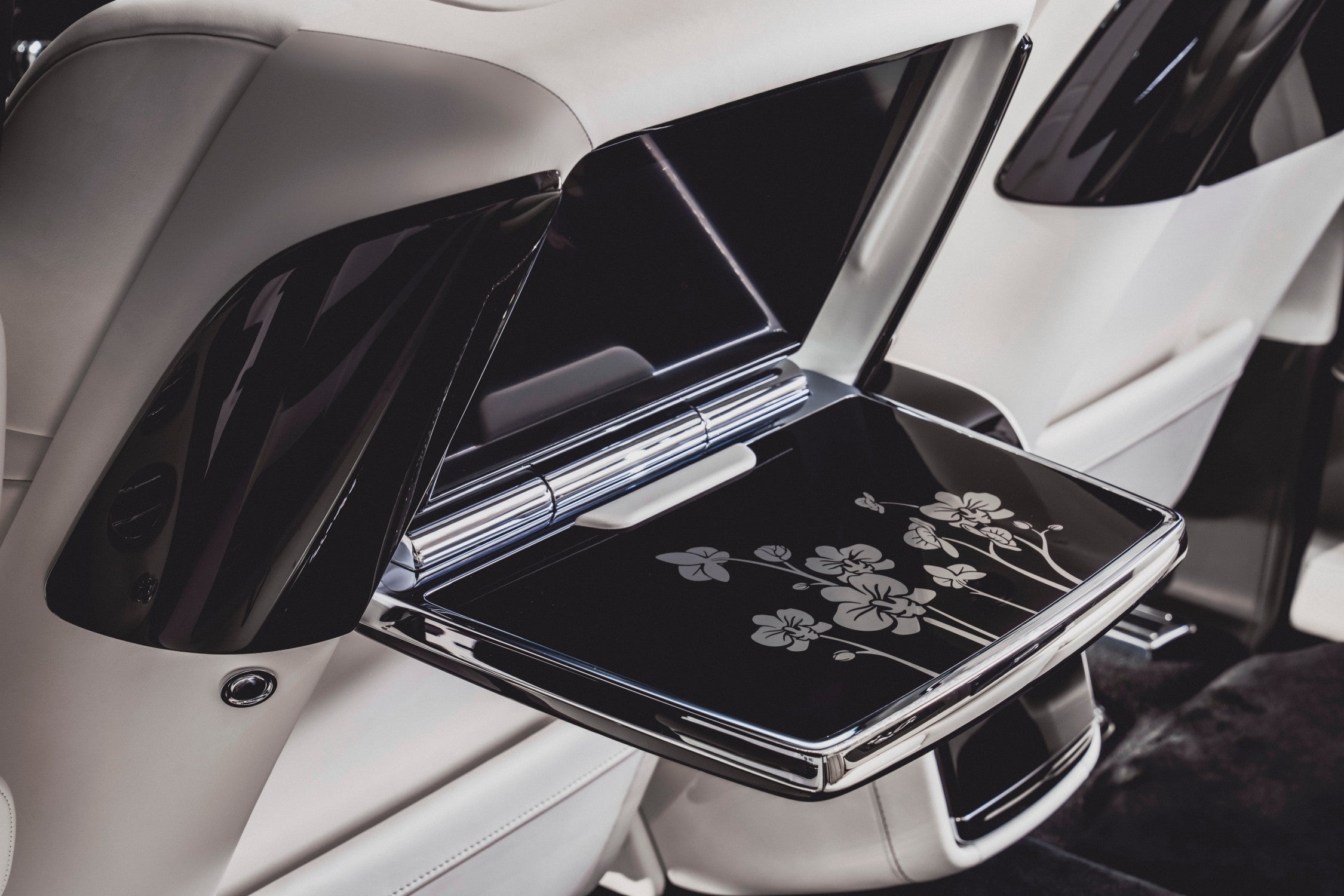 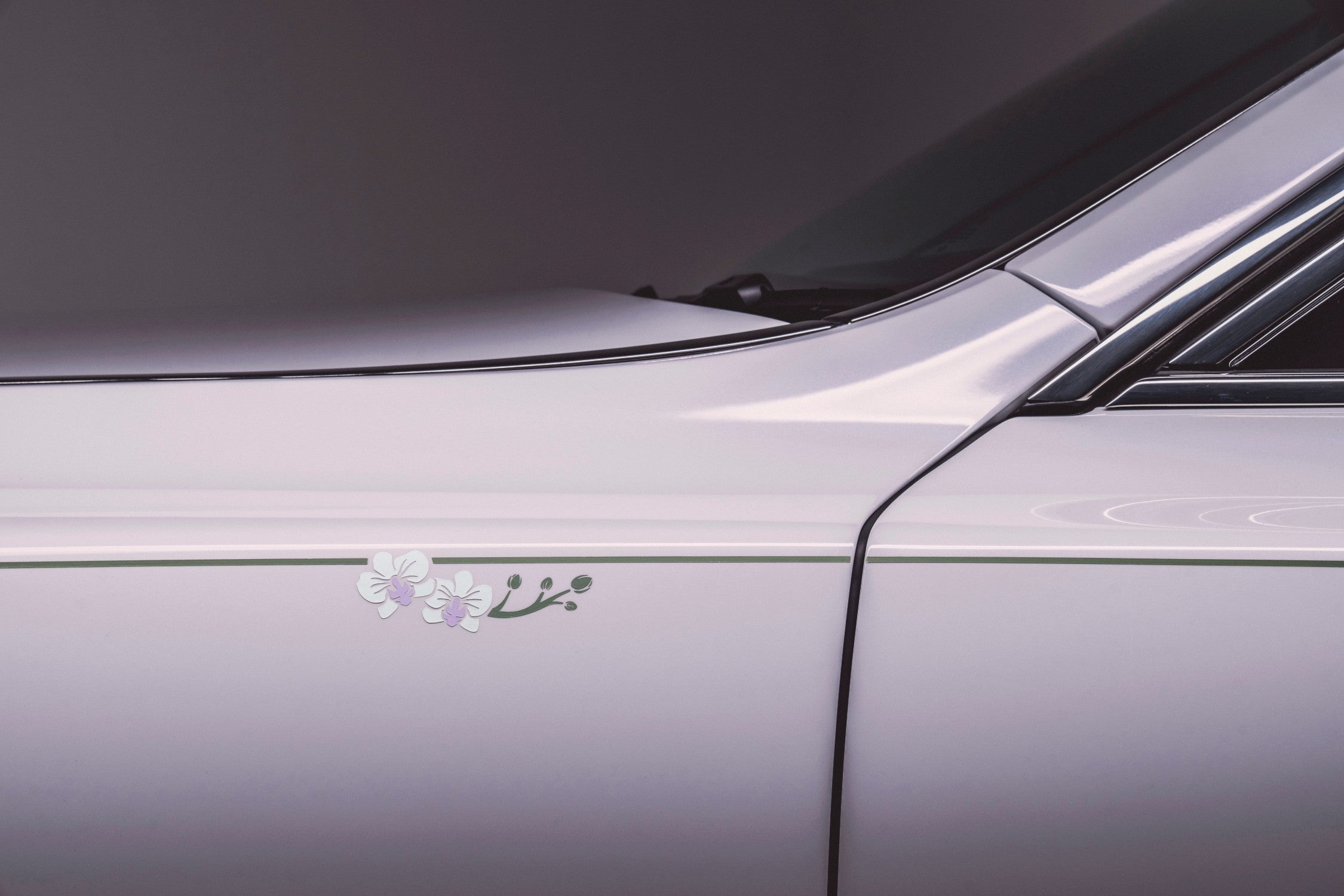 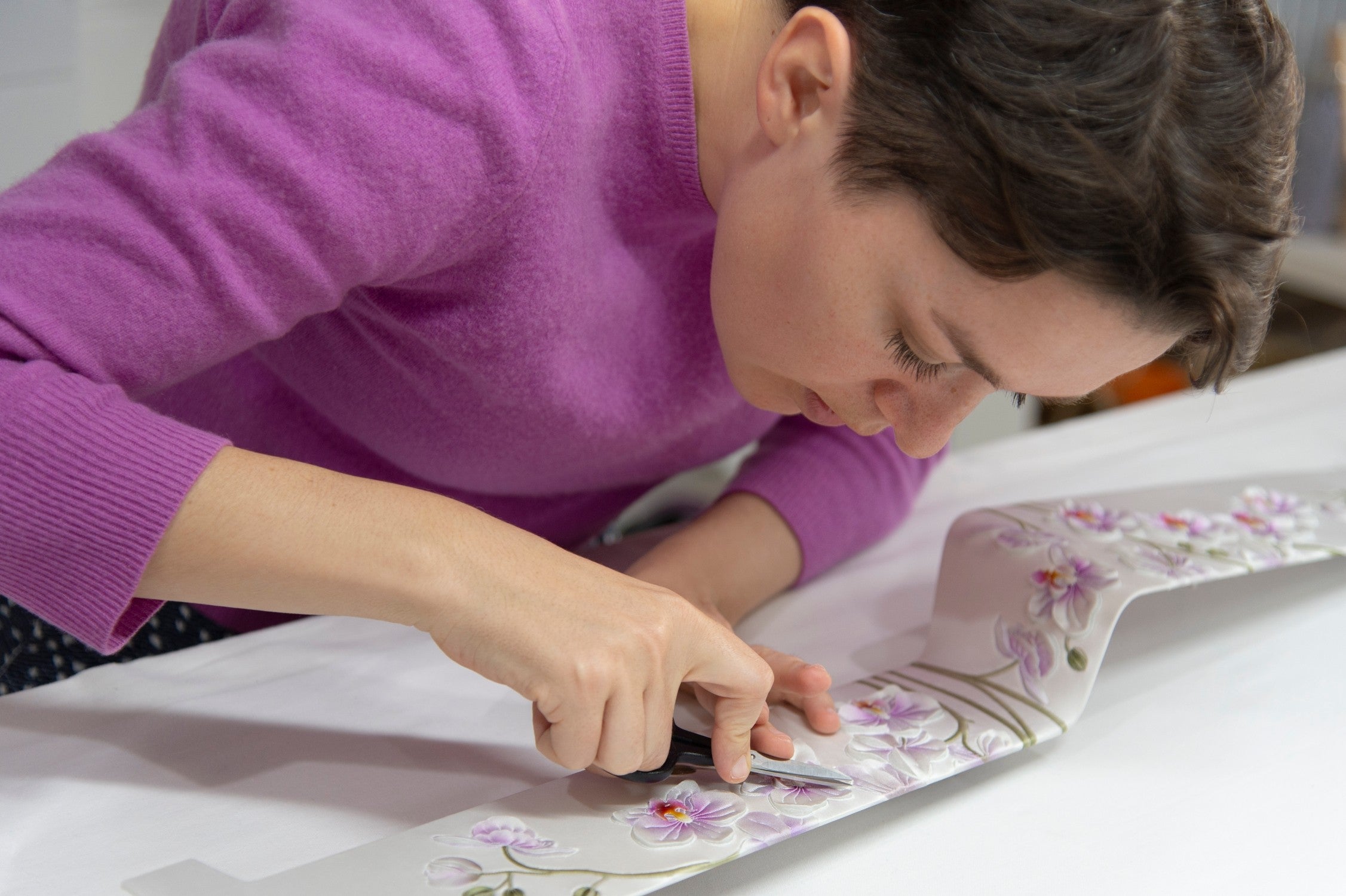 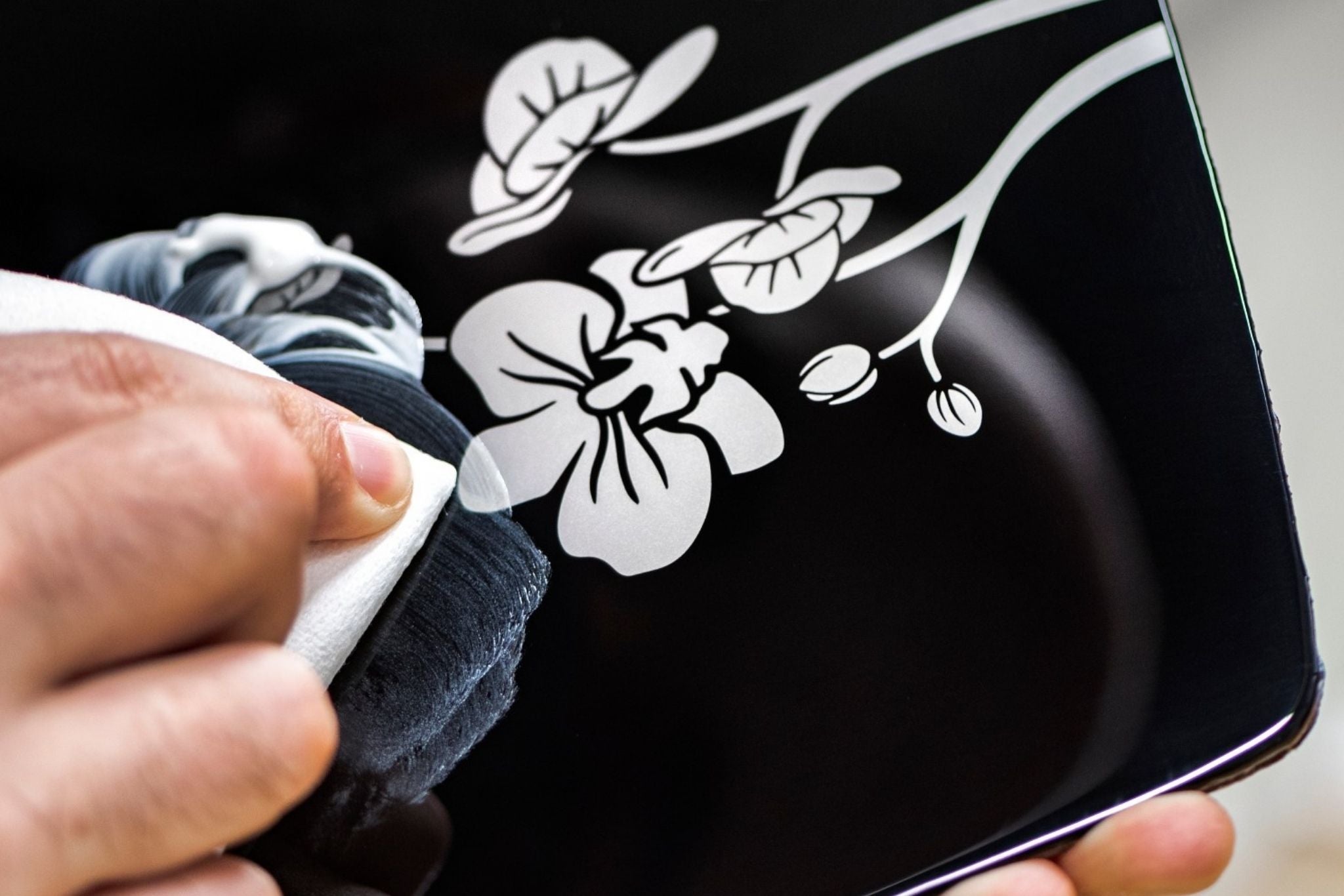 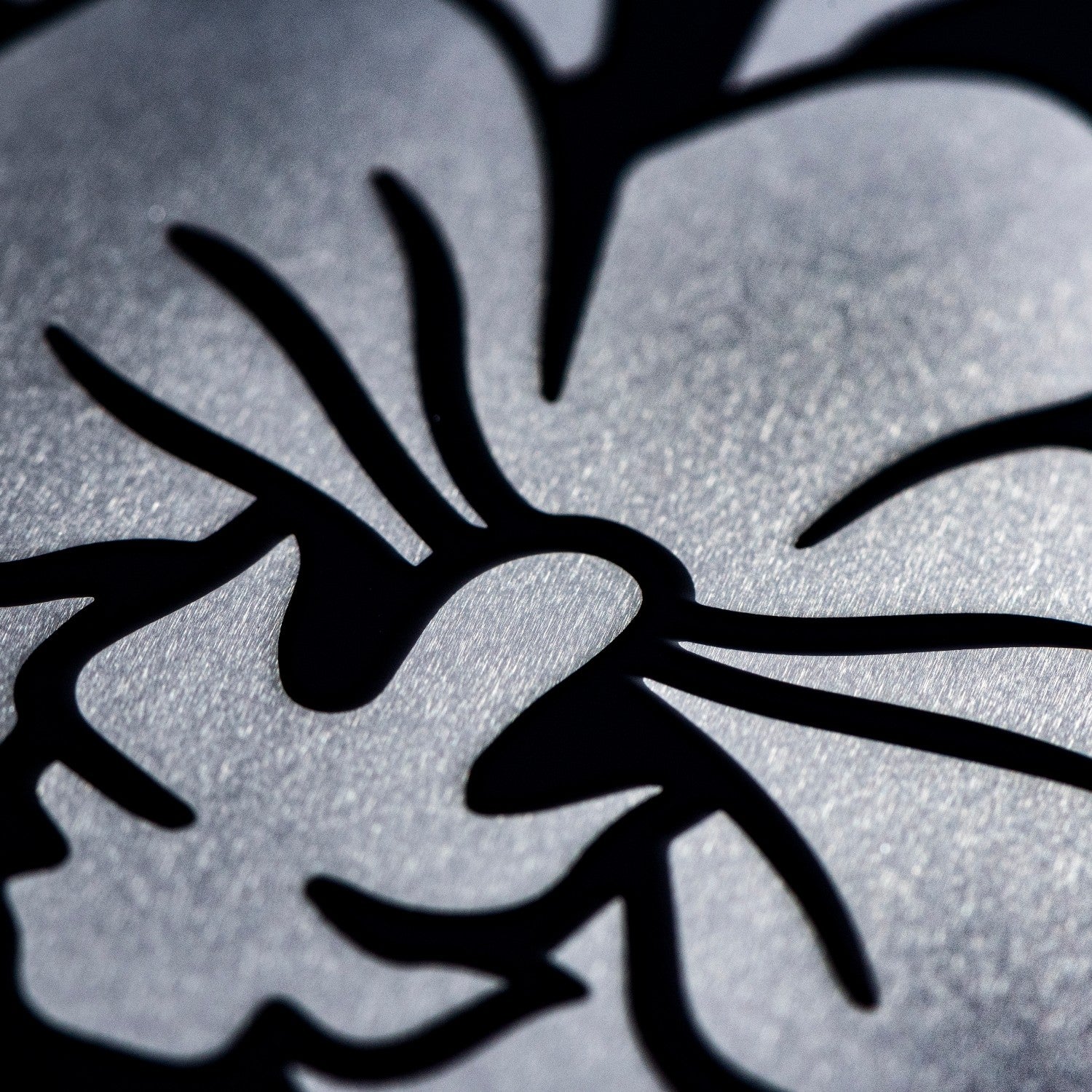 Rolls-Royce Designer Yohan Benchetrit added orchid-inspired picnic table inlays behind the front seat with a layer of orchids set into Piano Black veneer. Even the treadplates are unique, deleting the text in favor of artwork.

I don’t know about you, but right now I’m imagining myself wearing a silk scarf, Rolex, and designer clothes and rolling down the roads in Tuscany in this beautiful beast. One can dream, right?