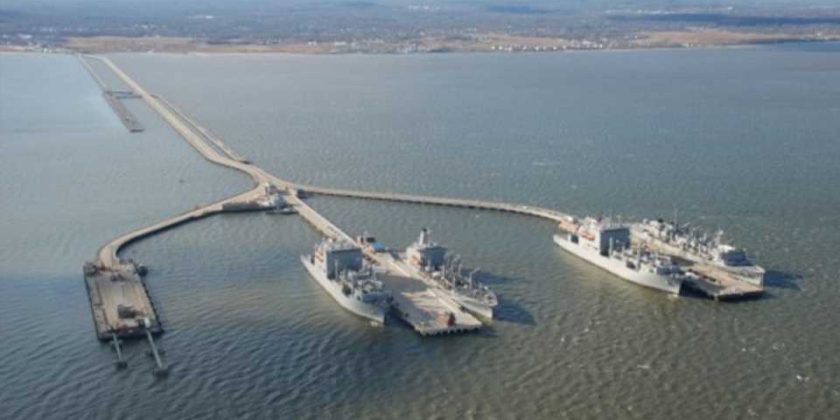 Jutting into the demarcation line between Sandy Hook Bay and Raritan Bay off the coast of New Jersey, an odd trident-shaped structure caught the attention of a student at nearby Rutgers University. Turns out it’s not a relic of myth but an important rail infrastructure for Navy munitions and it keeps explosives from our shores.

A self-described ferroequinologist (one who studies trains), Jeremy Zorek detailed the nearly three-mile-long pier that shuttles ammunition from Naval Weapons Station Earle to warships at the monolith. The unusual structure is packed full of incredible details and Zorek broke it down for his Twitter audience with the help of Google Maps. 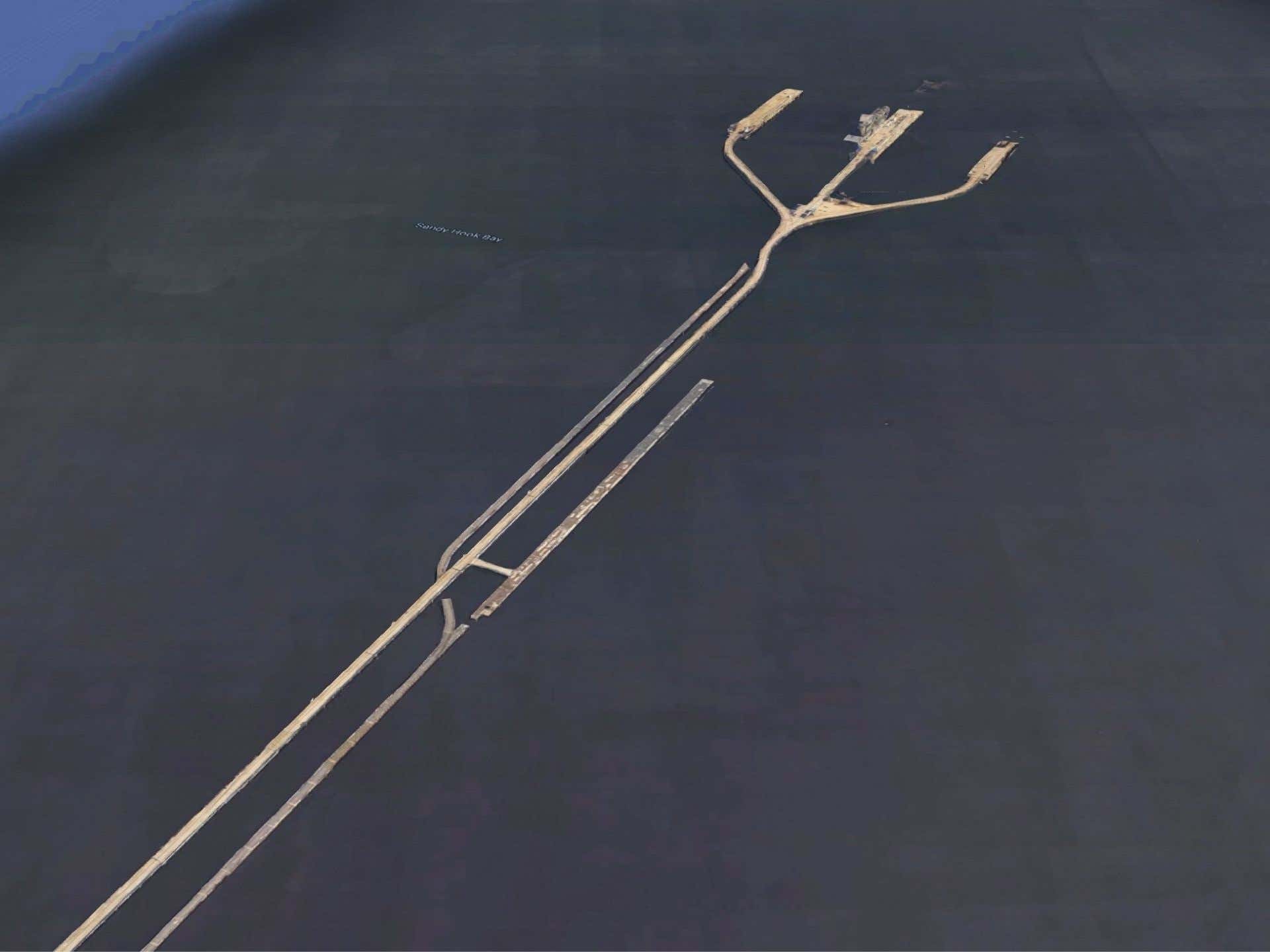 The weapons station’s mainside sits on about 11,000 acres between Philadelphia and New York City 15 miles inland. Normandy Road, which connects the base to the waterfront, is a rail and road corridor controlled by the Navy. The complex provides ammunition for nearly every class of ship the Navy and Coast Guard operates and more; construction started on the station in August of 1943 and completed by the end of the year for use during WWII.

The U.S. learned a critical lesson from the Halifax, Nova Scotia explosion of 1917, when a French cargo ship loaded with explosives crashed into a Norwegian ship in the Canadian harbor. A fire onboard the SS Mont-Blanc caused a huge explosion, killing 2,000 people and injuring 9,000 others. The equivalent energy output was nearly three kilotons of TNT, which was largest human-made explosion of the time; the blast leveled buildings for at least a half-mile around it and created a tsunami that wiped out even more of Halifax.

Naval Weapons Station Earle used those insights to create some safeguards to unload and load ammunition from warships away from the population. A two-mile trestle pushes the activity out to sea and three finger piers are sufficiently spaced out to support docking.

The munitions storage facility is in a heavily forested area, and Zorek’s Google Maps zoom-ins show low-speed track sections (sidings, in rail terminology) that have a unique feature: they lead to a sunken track designed to absorb the impact of an explosion. Nearby, bunker storage sites are built into the ground, peeking out like a multiple-eyed creature secreted underneath. 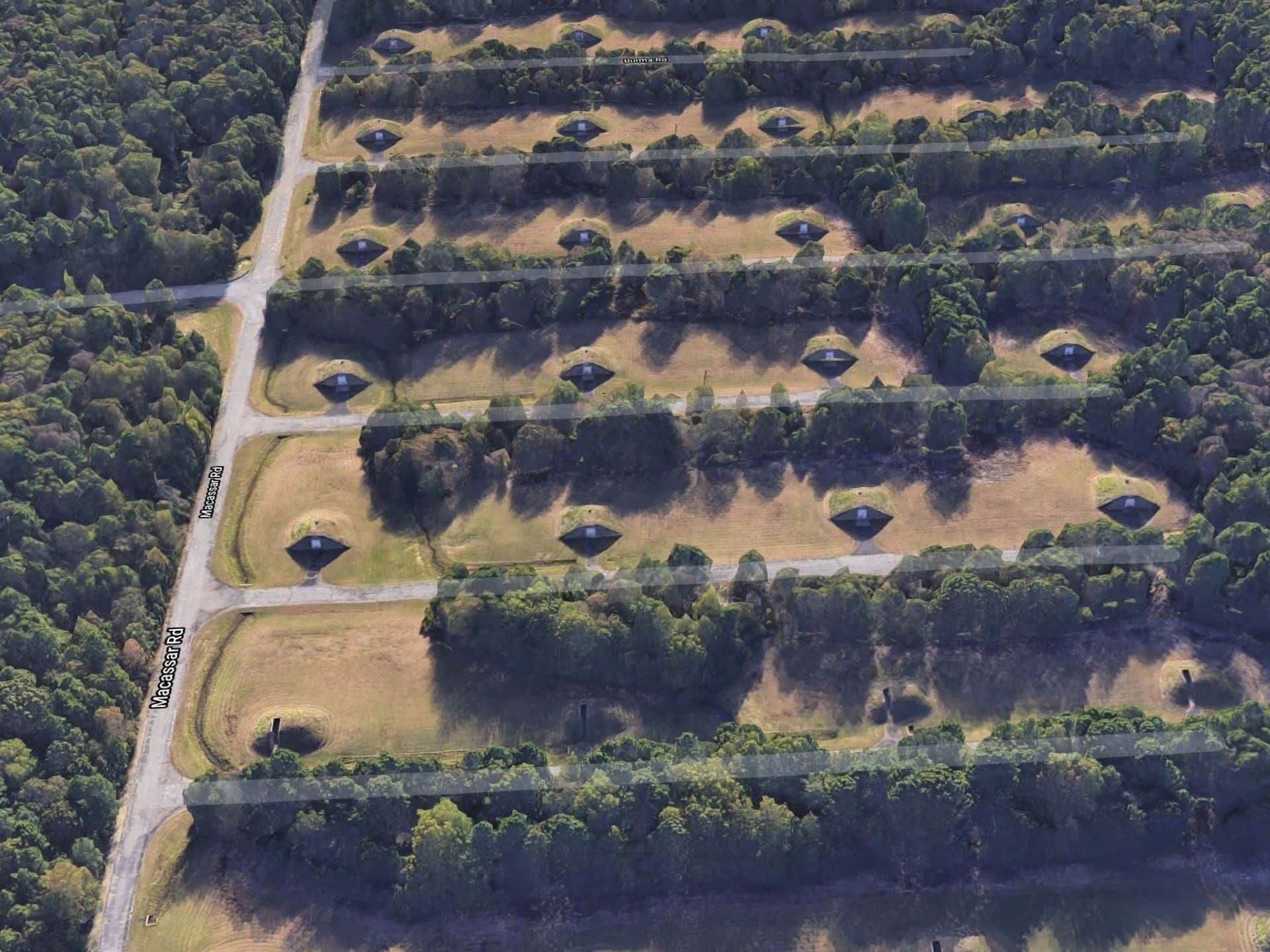 “You can see it bears a striking resemblance to a standard warehouse loading dock that’s designed to receive carloads,” Zorek says. “…other than being built into the ground in the middle of the woods, that is.”

These pictures are about as close as you can get to the station; Twitter commenters noted that you’ll get a friendly armed escort from the Navy if you try to drive down Normandy Road or try to approach via boat. Better to read Zorek’s thread on Twitter instead.