PHers have been compiling some of the best pictures of celebs with their surprising cars – but which is best? 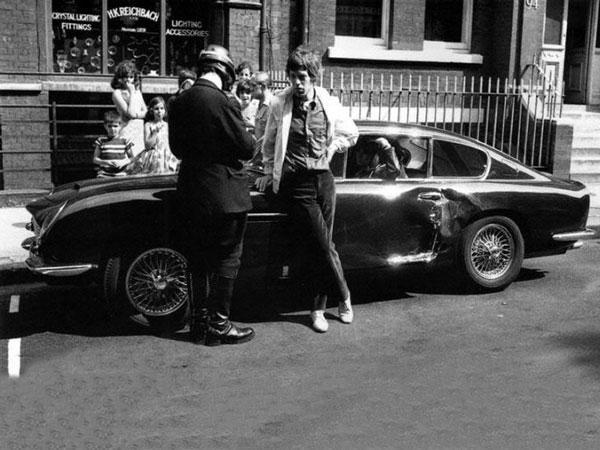 The legend of Keith Moon driving his Rolls-Royce Silver Shadow into a swimming pool, Jay Kay dedicating an entire song to his ‘Black Devil’ Enzo and Rod Stewart racing off in his Miura for a clip on his upcoming record. Those are just a trio of celebrity stories intertwined with cars, but of course there are many more, particularly from the heyday of rock ‘n’ roll. Hence the topic of our Thread of the Day: Interesting celebrity cars, which is packed full of a diverse range of celeb-car pictures primarily from the second half of the 20th century.

Can you imagine a Premier League player posing with the equivalent of a Rover 218 Coupe? Or one actually buying a new Citroen with their own cash? See the pictures of Michael Owen and Johan Cruyff in the thread for proof that these things used to happen. As did the hand painting of George Harrison’s Rolls-Royce and Mini, before he got done for speeding in Putney in one of the above and was promptly fined £6 for the crime.

Here’s another one – did you know that Enzo Ferrari had three Mini Coopers? Or that Mick Jagger smashed up his DB6 not long after taking delivery back in 1966? Well done to PHer P5BNiJ for providing the evidence for both in the thread. There is, of course, much, much more, from several other PHers as well, who you can blame for losing the hour as you scroll through the pile of snaps. We could talk about them all, but you should probably just see for yourself…