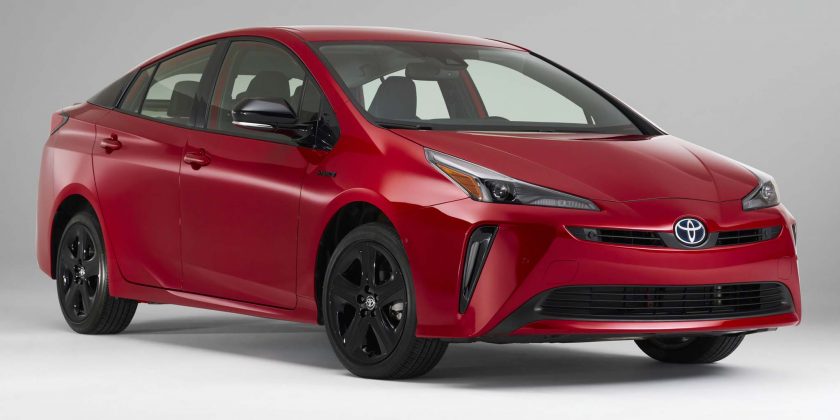 Toyota’s tempered approach to electric vehicles will pick up with plans to introduce two new battery-powered vehicles and a plug-in hybrid this year. That is on top of the new 2021 Toyota Highlander hybrid and hybrid-only 2021 Toyota Sienna minivan and Venza crossover that recently entered the market.

The fresh trio of electrified models will debut this year and hit the market in 2022, Toyota Motor North America executive vice president of sales Bob Carter says. Being coy, he says one of the pure electrics is a crossover and at least one is for the Toyota brand, suggesting the other is a Lexus and has a sexier body shape. He would not offer us any details about the plug-in hybrid.

The new electrified vehicles are specifically for the U.S. market, but initially will be built in Japan. Toyota is developing a dedicated electric vehicle platform it calls e-TNGA, that is flexible enough to underpin front-, rear-, and all-wheel-drive vehicles.

The larger message Toyota executives wanted to impart during a media roundtable, is that while Toyota believes in an electric future, it sees the most effective path is selling a mix of hybrids, plug-in hybrids, and pure battery electric vehicles.

“I want to be the Macy’s department store of powertrains, and by doing that, we can continue to reduce the greenhouse gas emissions of our customers,” Carter says.

Toyota Motor Corporation chief scientist Gill Pratt laid out four scenarios. For a customer with street parking only, who lives in an area with high-carbon electric power and few chargers, a hybrid makes most sense for both the customer and the environment.

A customer who lives in the suburbs, has a garage and commutes from an area served by power with an average power-generation carbon footprint, is best served with a plug-in hybrid.

A customer living in an area with a large amount of renewable energy with many chargers would do well with a battery electric vehicle.

And a fast-charge, long-range fleet vehicle owner can opt for a vehicle with a hydrogen fuel cell.

An Unused Big Battery Is a Heavy, Expensive Brick

The way Pratt sees it, when the average U.S. commute is 16 miles, it is wasteful to pay for a vehicle with a 300-mile range battery. It is a “heavy expensive brick” made with precious metals that may never be used to capacity and raises the question as to whether the customer is buying something that won’t be used much.

A hybrid might make more sense, Pratt says. Factoring in manufacturing and operating emissions, a plug-in hybrid can have roughly the same carbon footprint as a pure electric vehicle, cost less, require less battery, cause less range anxiety, and have more recharge options. In a different part of the country, with more renewable energy, the BEV makes more sense.

Not one size fits all, Pratt argues. There are different vehicles for different needs and circumstances and rightsizing might make for a larger impact in reducing harmful emissions overall if more people are in a vehicle with some degree of electrification. Which is a long way of saying Toyota is not following the lead of General Motors and others who have made big sweeping pronouncements about switching to all-electric lineups. GM, for example, aspires to sell only EVs after 2035.

Carter says Toyota has been a pioneer since it began researching electric vehicles in the late 1960s and developed its first hydrogen fuel cell vehicle in 1996; an electric Toyota RAV4 in 1997 and its follow-up in 2012 that was handled in collaboration with Tesla.

And, of course, the Toyota Prius that came out in 1997 and became the punching bag of the industry—you got a speeding ticket in what? Four generations later, Toyota has sold almost 1.9 million Priuses and Carter says the current sales decline is part of the natural evolution of the brand that keeps marching with new vehicles such as the Toyota Mirai fuel cell vehicle.

Today, Toyota has 17 electrified vehicles on sale in the U.S.; the 337,000 sold last year—up 22 percent—accounted for 16 percent of its sales. With the new Highlander, and the Sienna that is only offered as a hybrid, and the 2021 Lexus LS 500H hybrid coming soon, that figure will grow to at least 20 percent this year and the goal is to have 40 percent of new vehicle sales be electrified models by 2025 and increase that to 70 percent by 2030.

As for the good old V-8 gasoline engine, we are told it still holds a special place but will transition out eventually. What we are not told: whether the next-generation 2022 Toyota Tundra full-size pickup truck and Toyota Land Cruiser SUV will still rumble with eight cylinders. Rumor has it they will get V-6s.