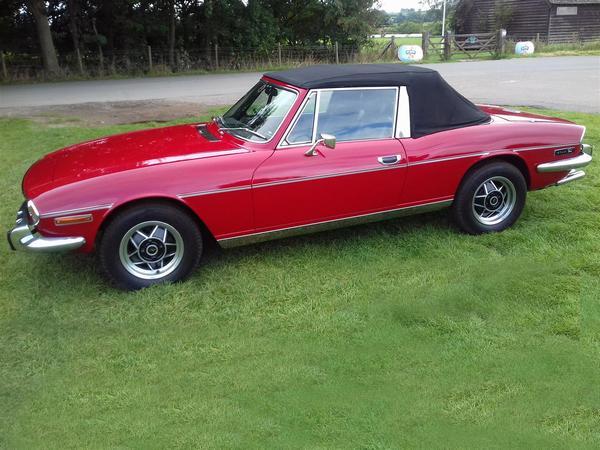 The Triumph Stag is the other, less well known, Sean Connery Bond car from the film Diamonds are Forever. It was only on screen for a few seconds which could either be down to the Triumph’s propensity for breaking down (more on that later) or the fact that this open-top sports car would have played havoc with Scottish 007’s toupee. Anyway, let’s not split hairs for now and instead concentrate on the much maligned but very handsome Triumph Stag.

Penned by the deft hand of Giovanni Michelotti, the Triumph Stag was based on a 2000 platform but with around six inches lopped out of the middle. Strengthening was provided by the bigger sills, additional bars on the floor and the obvious Targa-style tee-bar that’s above the driver and front passenger. It’ll also provide additional occupant protection in the event of a roll-over – never a good idea in a 1970’s car, but you should at least have a more sporting chance in this one.

Ambitiously, the Stag was intended to be more of a luxury car than the smaller Triumph sports cars that went before it. Given the success Mercedes was having with the SL, this seemed like a good idea. One of Triumph’s biggest markets was America and due to their love of V8s, the new car had to have one over the initially intended in-line six that the car was developed for. This, sadly, would come back to haunt the Stag. 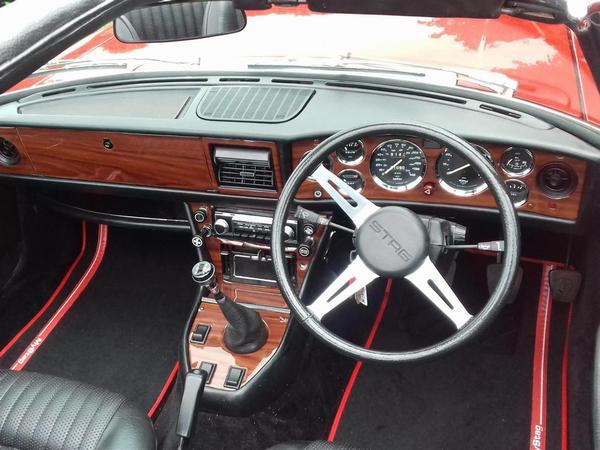 Instead of the Rover V8 that was busy doing sterling service in the Range Rover and various Rover saloons, the Triumph Stag had its own V8 made out of essentially two slanted Saab four-cylinder engines joined together. Power was modest at 145hp but a decent torque figure of 170 lb ft meant it was an effortless cruiser. Plus, there was that inescapable exhaust burble that no doubt sounded amazing whilst wafting down a country lane. Until it overheated, of course.

Now, there are a lot of reasons why these cars got a reputation for unreliability, not least of which was the industrial unrest that was a near daily occurrence at British Leyland in the 1970s. There were some engineering flaws, too, mostly brought about by the last minute decision to fit a different motor. The placement of the water pump didn’t help and neither did the use of dissimilar metals in the engine that inevitably lead to corrosion and ‘silting’ in the coolant system. However, with the passage of time, most of these issues have been fixed by the diligence of enthusiastic owners. 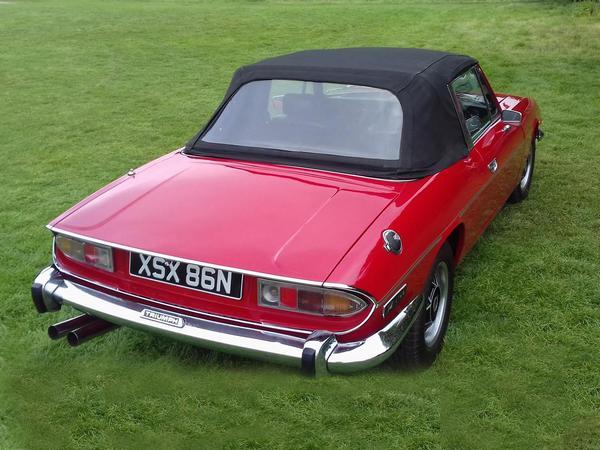 This 1974 example has a larger radiator, for example, to help with the silting issue and, as long as you change the coolant on a regular basis with corrosion inhibiting anti-freeze, you should be alright. With the advances of modern technology, you can get an impressive waterless replacement that should cure the issue. Then all you have to concentrate on is the possibility of a stretched timing chain…

But, since most owners will only use their cars for high-days and holidays you’re unlikely to lose sleep over it. And when you do get to drive a Stag, you’ll appreciate the smoothness of its drivetrain. All the controls are light and easy to use, and this is mirrored in the gearbox that prefers lazier, slower changes as you ooze your way down the road listening to that sumptuous V8. Even the ride is supple thanks to its long travel and excellent damping that deals with lumpy Tarmac easily without becoming floaty. There’s even power steering to make the Stag as easy to drive as possible.

Our Spotted is probably a Mk.III due to the stainless steel sills (although it has been restored in the not too distant past, so these could have been added later) and the engine was rebuilt 6,000 miles ago. The wood appears to be in good order and the tyres are relatively new around the recently refurbished alloy wheels. All of which means this very straight example is ready to go at £16,750 – not bad when a number of Stags are fetching over £20,000 these days.