The U.S. military says it has killed at least 50 members of the Taliban in a strike on a single target in Afghanistan using the High Mobility Artillery Rocket System, or HIMARS. The strike highlights the weapon’s continued importance in various limited conflicts and points to its potential value, especially with upgraded capabilities, in more high-end fights against a conventional opponent.

U.S. Army Lieutenant Colonel Martin O’Donnell, a spokesman for the NATO-led coalition in Afghanistan, offered the new details on May 29, 2018, according to The Associated Press. A total of four rockets reportedly hit the compound. The U.S. military had previously announced the strike on the meeting place in Helmand Province’s Musa Qala District, which occurred on May 24, 2018, but without providing an estimated body count.

The insurgents are likely to lose some ability to plan operations and otherwise organize their activities “beyond Helmand province” after the loss of so many senior individuals, O’Donnell told AP. He added that the strike was a direct product of expanded authorities President Donald Trump had given the U.S. military in Afghanistan as part of his administration’s strategy for the conflict.

Separate reports said that the Musa Qala strike had been part of a broader effort that killed at least 70 Taliban leaders in total. In 2017, the United States stepped up its operations in the province, which has long been a Taliban stronghold.

The video below shows the strike as seen from an unspecified intelligence, surveillance, and reconnaissance aircraft flying overhead.

The Army officer did not elaborate on how the authorities enabled the operation. American special operators have been working together with conventional HIMARS units to target specific terrorists and small groups of individuals in Afghanistan since at least 2007. In addition, U.S. special operations forces remained active in the country conducting these types of missions after President Barack Obama announced an end to major combat operations there in December 2014.

Regardless, the operation is only the latest example of HIMARS’ utility in low-end conflicts. The system consists of a truck-mounted launcher that can fire up to six 227mm GPS-guided rockets or a single Army Tactical Missile System (ATACMS) quasi-ballistic missile before needing to reload. 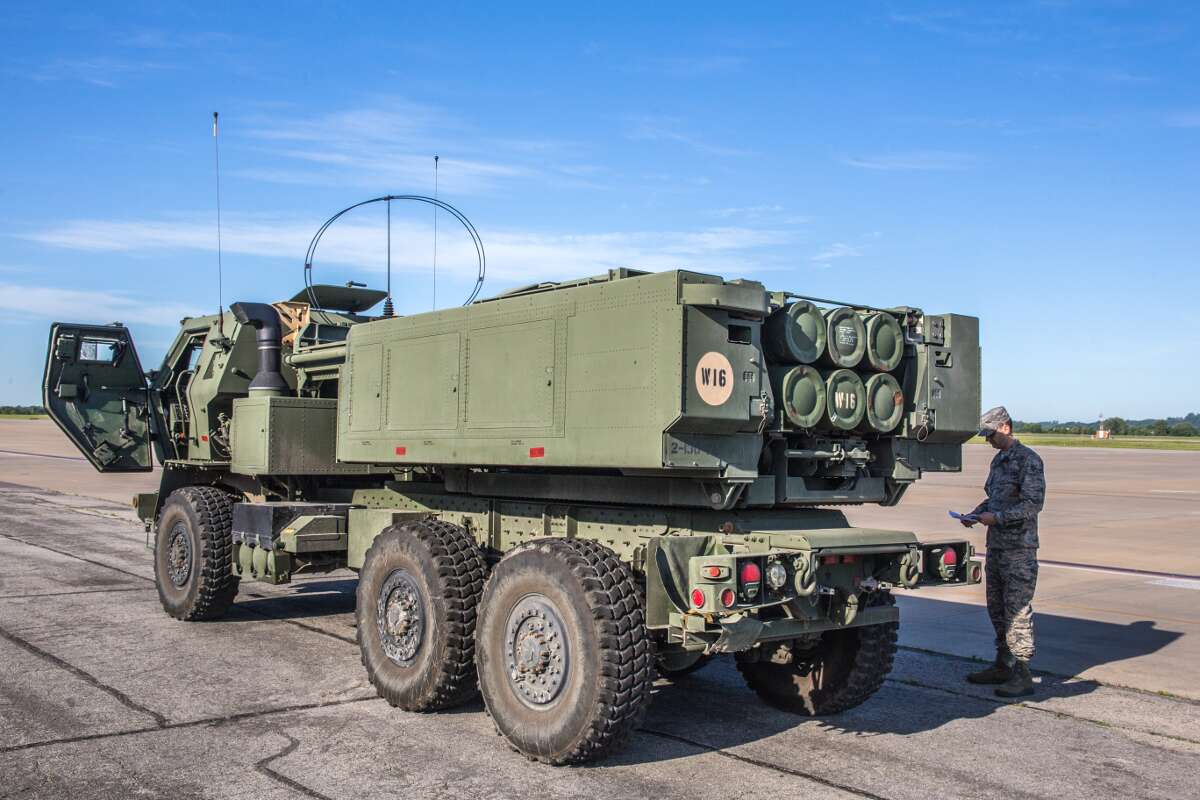 The precision-guided rockets can hit targets more than 40 miles away and fly in a ballistic trajectory that allows them to fall nearly straight down on their targets, focusing their blast right on top of them. This latter capability is especially important for targeting specific buildings to get at particular individuals or groups of militants as it helps reduce the likelihood of collateral damage to nearby structures or individuals.

Road-mobile, air-transportable, and with limited off-road capabilities, HIMARS can readily get into range of a target area and then relocate again if necessary. The concept of flying one of the launchers to a certain location on board a C-130 or C-17 transport plane, rolling it off, and having artillery troops quickly set up and conduct a fire mission has become such an established doctrine that the Army has even given it a name. This is now known as HIMARS Rapid Infiltration, or HI-RAIN. It’s a tactic the U.S. Marine Corps employs, as well.

HIMARS, as well as howitzers firing guided shells, provide other benefits, as well. Unlike airstrikes, the artillery systems can conduct missions even if there’s poor weather over the target area.

Unless there are aircraft already on station, these weapons can typically respond to requests for fire support much faster, too. And depending on the exact nature and location of the target, artillery fire missions may be better suited for engaging time-sensitive targets and giving the enemy less time to react.

It is these capabilities that mean HIMARS is a core part of the Army’s future artillery plans, as well as those of the Marine Corps, including during high-intensity conflicts against near-peer opponents, such as Russia or China. At the Association of the United States Army’s Global Force Symposium in March 2018, U.S. Army Brigadier General Stephen Maranian presented a briefing that showed “command posts” as part of the target set for a still-in-development extended-range 227mm Guided Multiple Launch Rocket System rocket, or GMLRS-ER.

Maranian is head of the Army’s so-called “cross-functional team,” or CFT, for Long Range Precision Fires, or LRPF. This group is charged with exploring a host of new artillery weapon concepts. 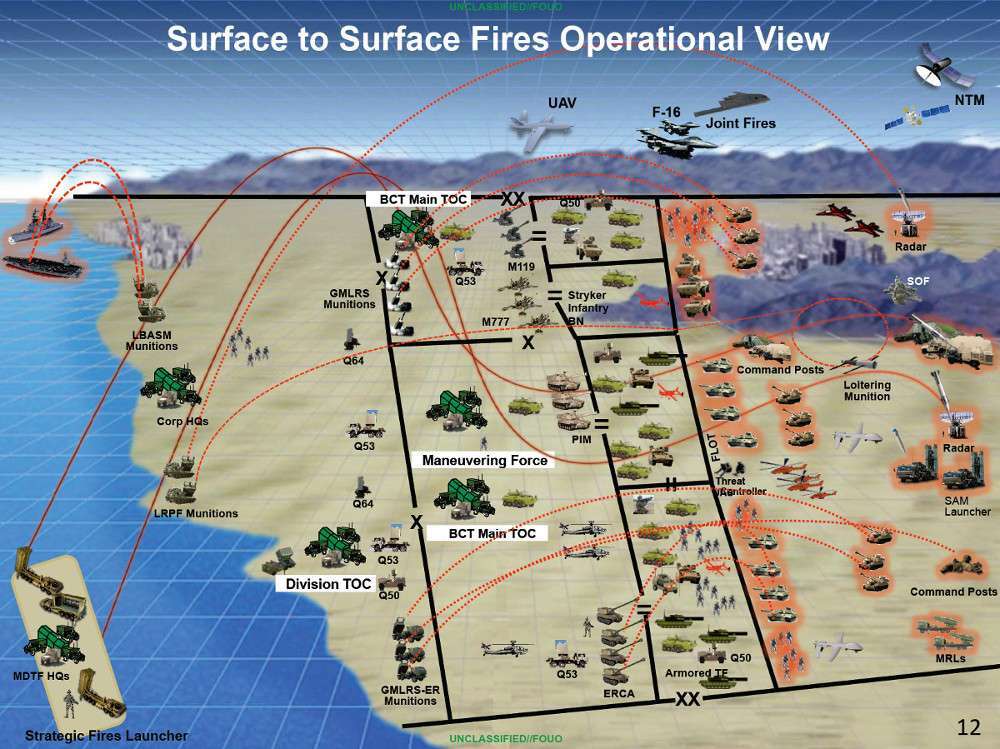 “We’ve got to push the maximum range of all systems under development for close, deep and strategic, and we have got to outgun the enemy,” U.S. Army General Robert Brown, head of U.S. Army Pacific Command, said during a separate panel discussion at the Global Force Symposium. “We need cannons that fire as far as rockets today. We need rockets that fire as far as today’s missiles, and we need missiles out to 499 kilometers.”

GMLRS-ER is a joint program the Army is running with the Marine Corps and both services would likely deploy it when it becomes available. The Marines are also separately exploring new methods of employing HIMARS and the 227mm guided artillery rocket, including from ships, to support expeditionary and other distributed operations. 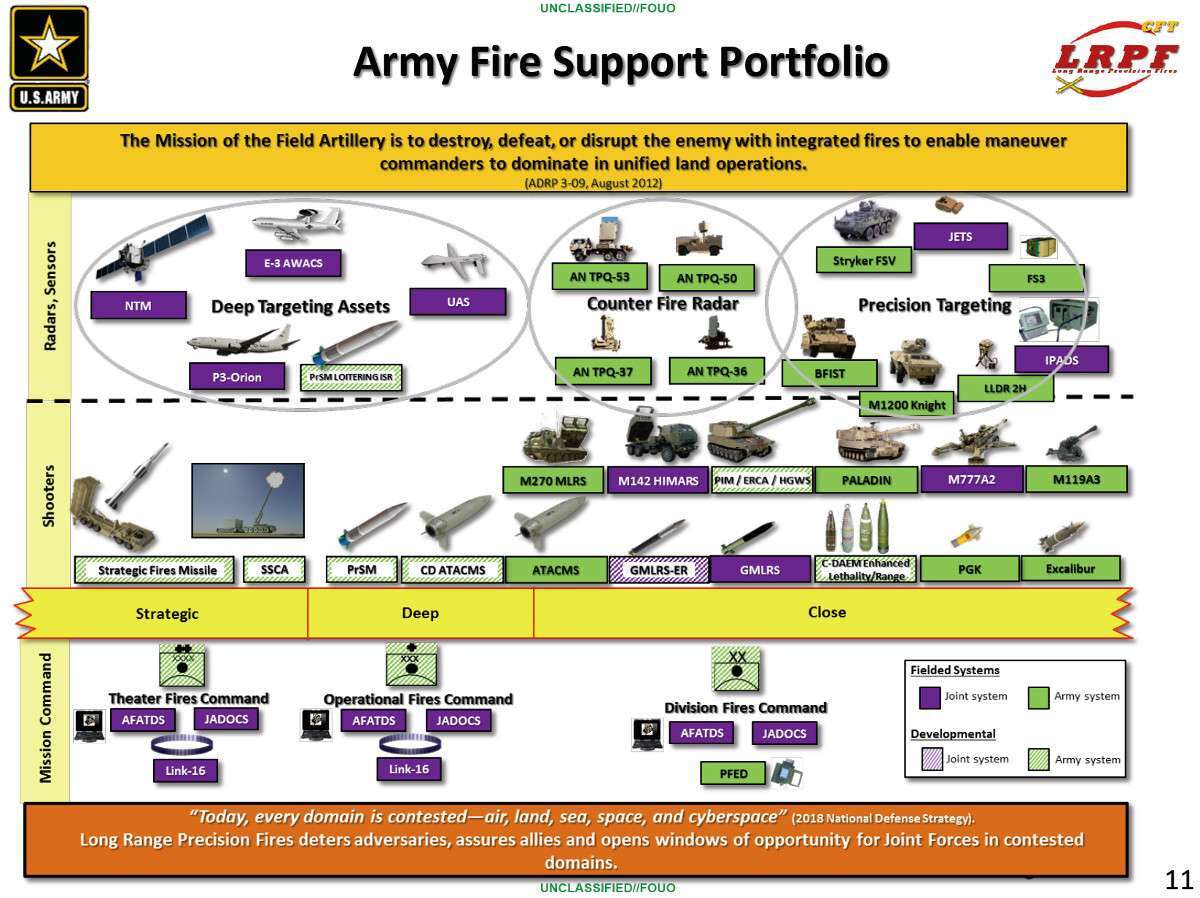 It is also very likely that the guided artillery rocket strikes will be a component in increasingly multi-domain operations focused on neutralizing an opponent’s command and control nodes and other critical elements. Earlier in May 2018, U.S. Army General Stephen Townsend, who was in charge of the U.S.-led coalition fighting ISIS in Iraq and Syria in 2017 and is now in charge of the Army’s Training and Doctrine Command, revealed that his forces had ferreted out terrorist hubs using space and cyberspace assets.

“We knew that the enemy had alternate command posts, but we didn’t know where they were,” he explained at the Association of the United States Army’s LANPAC Symposium and Exposition in Hawaii, according to Military.com. “So rather than strike the primary command post and then have the enemy be unknown to us for a while, we reacquired where he went to, one of the subordinate units proposed that we use … capabilities from space and cyber to deny the enemy’s primary command post, forcing him to move to and unveil his alternate command posts.”

Townsend didn’t say what units had actually struck the command centers, but noted that the operation involved forces on land, at sea, and in the air, as well as in space and cyberspace. HIMARS would have been ideal for finishing these targets once other forces had identified them.

Unfortunately, that operation took weeks to plan and coordinate. The general said this process would be far too slow in a high-intensity conflict against a conventional adversary. 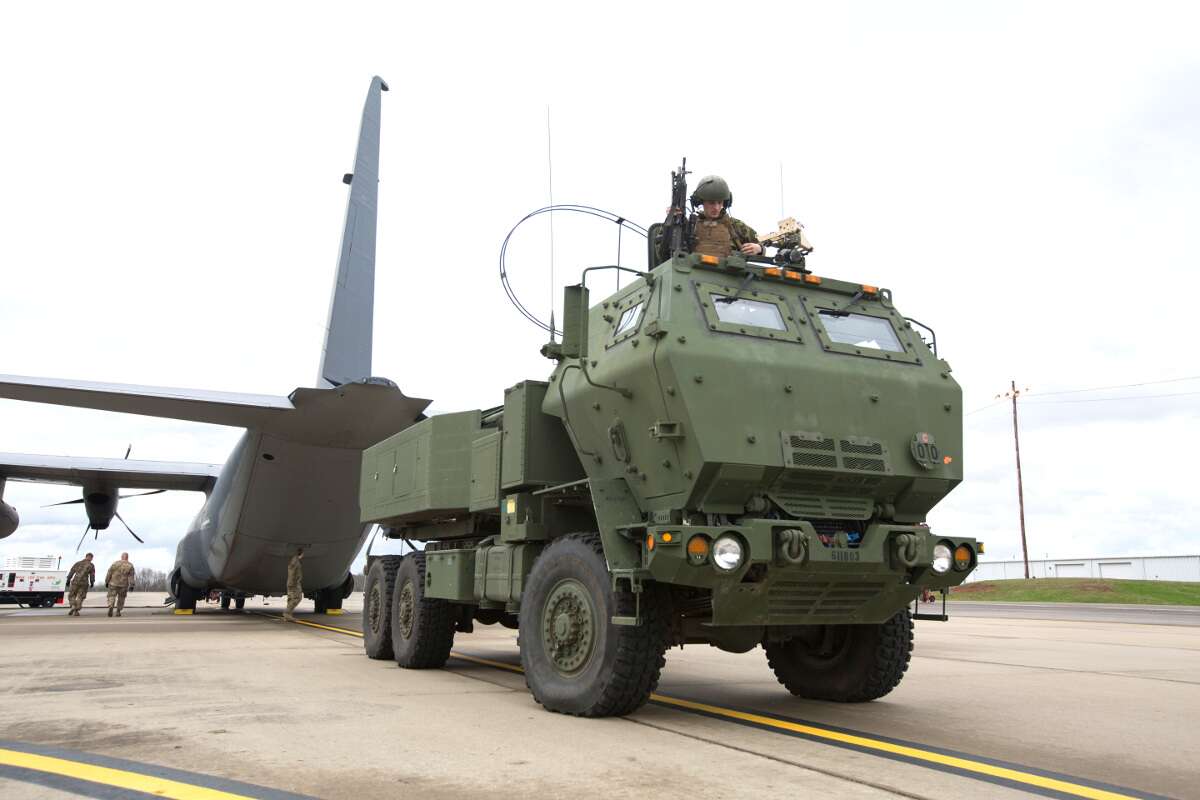 A US Marine Corps HIMARS launcher.

“Let’s look to future war against a near-peer threat that can contest us in one or all of the domains. We are going to have to do better,” Townsend said. “When the adversary’s combined arms armies come rolling toward our alliance, we are going to have to generate … sophisticated multi-domain operations in minutes or hours and those operations will have to last days and weeks.”

It’s unclear how long the impact of the latest HIMARS strikes in Afghanistan will actually last. The Taliban have significantly expanded their operational capability as of late, conducting major operations even in various provincial hubs, as well as the country’s capital Kabul.

Earlier in May 2018, the group’s fighters launched a large-scale operation into the capital of Farah Province, threatening to overrun government forces. In the end, a massive American-assisted counterattack, including a large number of airstrikes, beat back the attackers.

The United States is hoping to push the Taliban to negotiate a settlement of some kind and has been stepping up its own operations against the group. The insurgents, however, seem emboldened by their recent victories and are disinclined to consider any sort of peace talks.

Whatever happens, it seems clear that HIMARS will continue to be an important part of the NATO-led coalition’s campaign in Afghanistan. Beyond that, the system looks set to continue being a significant force multiplier for American operations in general, whether they’re against terrorists and militants or conventional opponents.