In a far-off conflict zone, a U.S. military plane flies overhead, releasing leaflets imploring militants to abandon their cause and warning civilians to avoid certain areas that may come under attack. Individuals below catch the notes and turn them over in their hands when, suddenly, the sheets begin to speak to them.

This may sound like the opening scene in a near-future, sci-fi war movie, but it’s an actual project that U.S. Special Operations Command (SOCOM) has been working on, according to a report from Defense One. They’ve even developed a prototype and are hoping to find a company who can improve on the design and have a product ready for a combat evaluation as soon as the end of 2018.

The speaking leaflet is reportedly about the width of four typical sheets of paper that you’d find in your printer. Inside there are the electronics and speaker necessary to store and playback the message, along with solar-powered photovoltaic batteries.

SOCOM won’t say whether it’s using graphene or some other advanced material, but the entire arrangement remains flexible and the goal is for the final product to be “printable” just like any other piece of paper. This would allow U.S. military psychological warfare specialists to quickly add traditional textual and graphical messages to a 4-by-6-inch writeable surface on the outside to go along with the recorded speech. 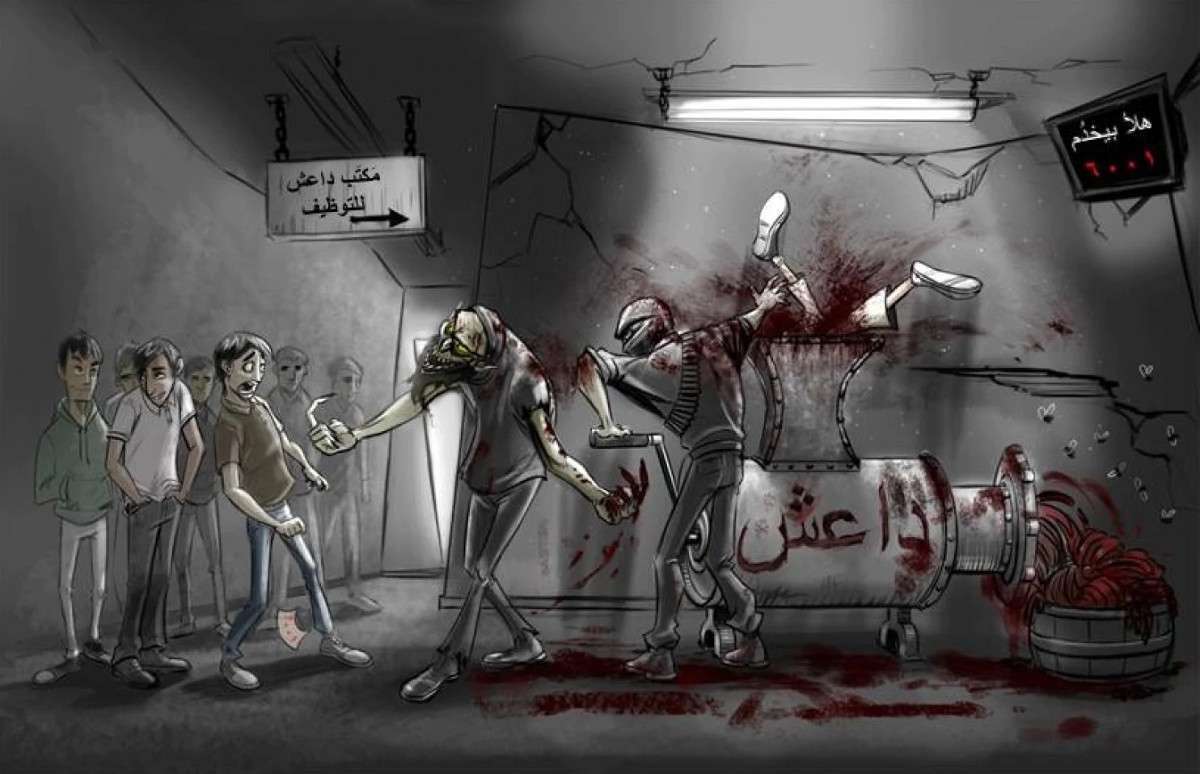 This is the kind of leaflets that the U.S. military is dropping now.

There are a number of immediate benefits to this concept, the most important of which is getting around the issue of illiteracy in the target population. Text on a leaflet is worthless if the intended audience can’t read it.

This is hardly a new issue. While the U.S. military has leaned heavily on planes dropping leaflets to quickly and cheaply spread propaganda or other informational messages across a desired area for decades, studies have repeatedly questioned how many people are actually reading them. In the past, American forces have gone so far as to drop notes that instruct individuals to tune into specific frequencies for propaganda radio broadcasts. 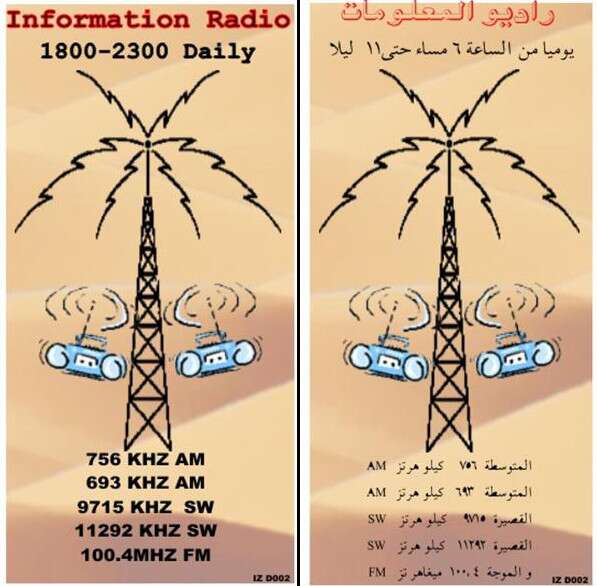 A leaflet that U.S. forces dropped over Iraq in 2003, with a translated version on the left, listing radio frequencies broadcasting informational messages.

Graphical themes don’t always get the message across properly, either. In September 2017, the U.S. military had to publicly apologize for one leaflet it dropped in Afghanistan, which superimposed the Shahada, the profession of faith in Islam, in Arabic on a dog. Many Muslims see this animal as unclean and saw the combination of symbolism, which was meant to be a jab at the Taliban, who use the Shahada as their flag, as highly offensive.

Audio messages can be a good alternative to printed leaflets, but it has historically been even harder to focus them in the right places. Aircraft with huge speakers are probably the most effective means of doing so in a way that people on the ground can’t ignore, but those planes also have to fly low- and slow-enough to broadcast clearly, making them vulnerable to hostile forces on the ground.

Dropping cassettes, CDs, or other media, means an individual has to find an appropriate device to play the messages on. The aforementioned notes to tune into U.S.-government run radio stations also require some form of receiver. During the Vietnam War, the United States dropped physical radios into North Vietnam, but found out that locals, wary of state security forces finding them with a foreign luxury item, turned them in for rewards instead.

A talking piece of paper doesn’t need a player and an individual who is amenable to the message can more readily conceal it from their comrades if necessary. If it’s pliable enough, the U.S. military might even be able to load them up into existing leaflet bombs, in addition to the other delivery method of simply pushing boxes out of the back of a plane or helicopter.

Of course, there’s no guarantee a recorded message would be any more sensitive to cultural considerations than a paper leaflet. So, the U.S. military would still need to work hard to ensure that the content isn’t offensive.

The United States is painfully aware that any propaganda message can be a double-edged sword if it comes off wrong. Thanks to the Freedom of Information Act, we’ve actually obtained a list of approved “themes” for leaflets and other broadcasts in Iraq and Syria as part of the American-backed campaign against ISIS terrorists, also known as ISIL and by their Arabic acronym Daesh. Censors completely redacted the section on “themes to avoid,” which is nearly twice as long. 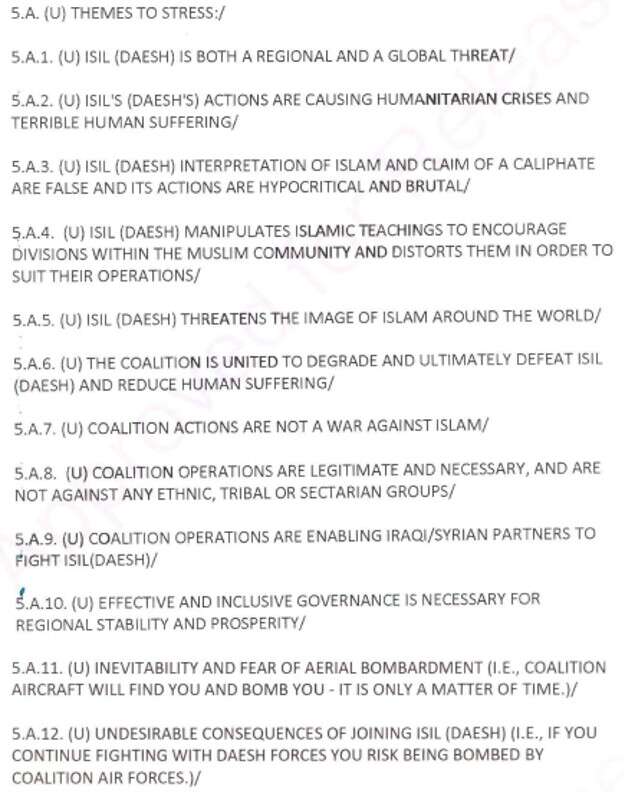 This is how we’re trying to sway individuals away from supporting ISIS in Iraq and Syria.

Depending on how small, loud, and innocuous the final product is, the U.S. government might also be able to employ it to conduct more active psychological warfare against small groups of terrorists or militants or even specific individuals. If they went unseen, the talking notes could play disconcerting sounds, bizarre messages, or other audio to unsettle or confuse opponents. They might, in turn, begin to question their own sanity or suspect some form of divine intervention.

This was the exact goal behind the “Screeming Meemies,” a “psychoacoustic weapon” the U.S. Air Force tested during the Vietnam War. However, the service never conducted any field trials or operational missions with the large, air-dropped speaker boxes. 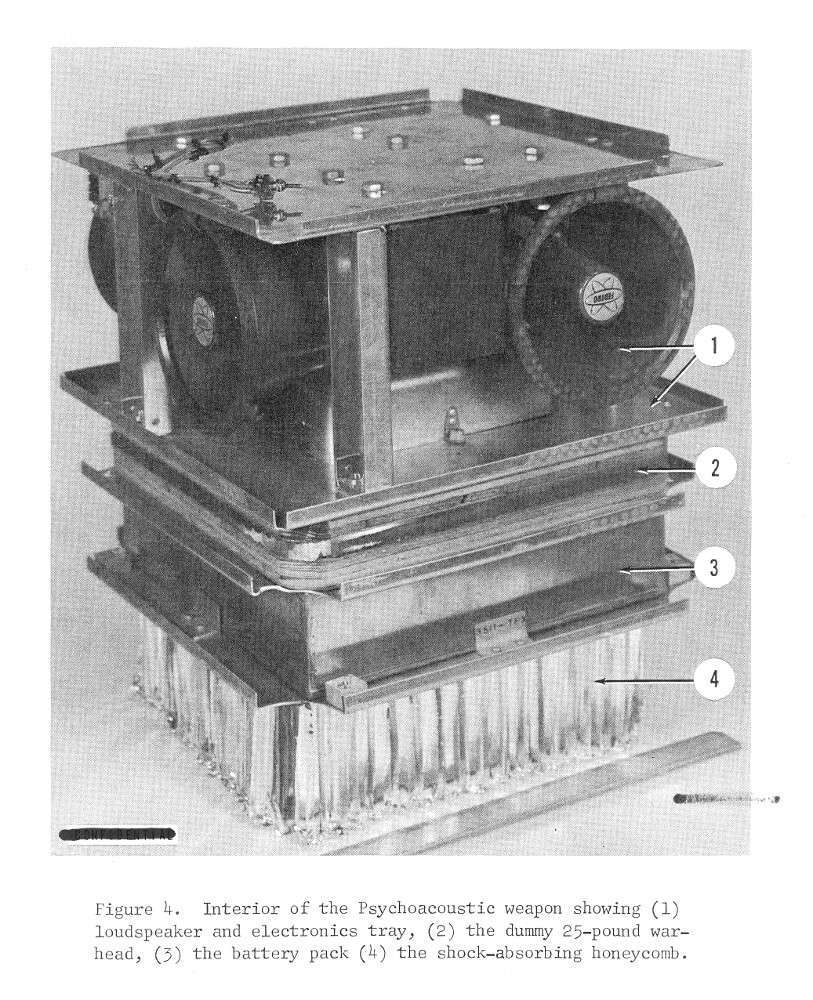 The guts of an experimental “Screeming Meemie” psychological weapon.

The system could have an intelligence gathering potential in the future, as well. According to Defense One, SOCOM is already working on a version that listens back, ostensibly to try and gain feedback about the effectiveness of the messages. But depending on the range of the transmitter and the capabilities of its microphone, this setup might allow U.S. military forces to discreetly listen in on enemy conversations.

Combined with an unmanned aircraft, especially a small or low-observable type, American psychological warfare personnel could potentially insert these systems deep into otherwise denied areas, as well. This is something that might already be happening with conventional leaflets.

In October 2016, Donald Cattell, a vice president at General Atomics, said that his company’s stealthy Avenger drone had dropped leaflets over Syria on at least one occasion. In 2017, Naval Air Systems Command (NAVAIR) also revealed that either Navy or Marine personnel, likely special operators in either case, had used the much smaller, shorter-range RQ-20 Puma to release paper messages in unspecified conflict zones. 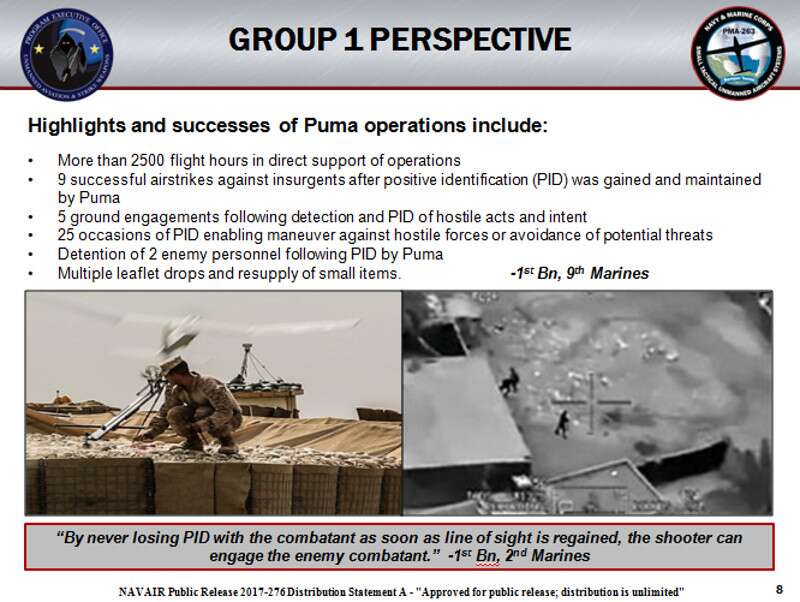 An official briefing slide from 2017 describing the various missions that RQ-20 Puma drones had conducted operationally.

But turning the talking paper project from an experiment into an actual operational tool will be easier said than done. “One of the downsides of making something new… the first-time articles and prototypes are expensive,” Ryan Brown, a SOCOM acquisition official, told Defense One.

Cost is a factor in almost any military program, but when it comes to leaflets, the issue is implicitly magnified exponentially. You’re not dropping one or two of the notes at a time. You may be releasing hundreds of thousands at a time to increase the chances that they’ll reach the intended audience.

A single PDU-5/B leaflet dispenser can carry approximately up to 60,000 leaflets, depending on their size. For SOCOM’s project to be viable, it will have to find a company that can manufacture the flexible speaker systems in these quantities, but at a reasonable cost. Even if the unit price is just $1, a fully-loaded PDU-5/B would suddenly cost around as much a small guided missile, such as Javelin. 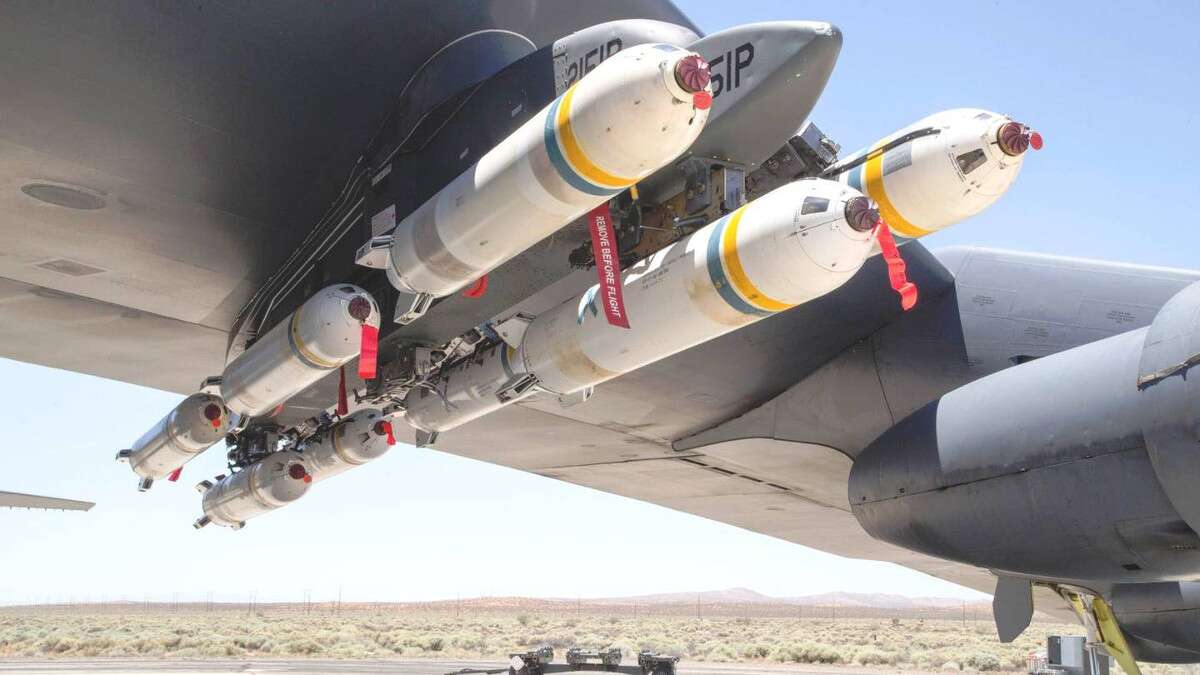 PDU-5/B leaflet bombs under the wing of a B-52 bomber during a test.

Even if the system proves much more effective in encourage enemy fighters to desert or swaying civilians to be more supportive of America’s interests, the U.S. military might be hesitant to employ such a costly system with any regularity. This could easily push the talking paper into more niche roles, such as the aforementioned psychological manipulation and spying missions.

Another possibility is that U.S. forces could mix regular leaflets with a small number of the more advanced systems together to try and keep costs low. One speaking sheet might be loud enough that a small group of people could listen at once.

Whatever happens, it seems unlikely that the U.S. military will stop using existing paper messages any time soon. But finding a way to easily add audio to those missives could significantly improve their effectiveness.