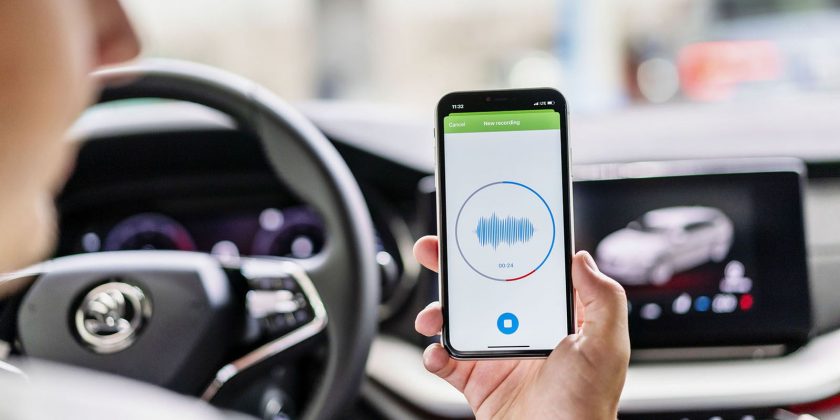 It’s no coincidence that Tom and Ray Magliozzi, better known as Click and Clack, the Tappet Brothers on NPR’s Car Talk, would often ask their radio show call-in guests to describe or replicate the sounds their car made in order to try to diagnose problems. Before the age of digital diagnostic tools and fault codes, that’s what mechanics relied on as the first step in diagnosing common engine, suspension and transmission issues.

But the concept behind the practice isn’t as outdated as it seems.

Škoda, celebrating its 125th anniversary this year, has just successfully completed real-world tests of a new vehicle-health diagnostic app that uses a sound library and artificial intelligence to analyze sounds the car makes to detect the smallest irregularities in its operation. Called simply the Skoda Sound Analyzer, the automake developed the app in-house. It records noises from a car’s running engine and then compares them with stored sound patterns to detect differences. The app can then use an algorithm to diagnose possible issues, and suggest solutions.

And it’s not just the engine that the app can listen to for irregular operation.

“The software is already able to recognize ten patterns – with an accuracy of over 90 per cent – including for components such as the steering system, the air conditioning compressor, and the clutches in the direct-shift gearbox (DSG). The app is also set up to recognize other sound patterns and will be expanded to include other service items,” the automaker says. 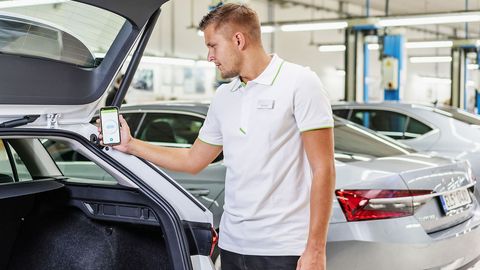 Škoda has been testing the app in its service departments in 14 countries since June last year, with 245 dealers taking part in the program. The app was able to compile a vast library of audio files which it converts into spectrograms that depict the acoustic signals. Using the library, the software has been able to learn the various problem signs of vehicle systems even when a car’s onboard software might miss crucial warning signs. One advantage is a quicker diagnostic time, especially when a suspected problem isn’t manifested by a dash warning light.

“Sound Analyzer is a prime example of the new opportunities digitalization at Škoda can create, even in terms of after sales,” said Stanislav Pekař, head of after sales at Škoda. “We will continue to consistently use artificial intelligence technologies to offer our customers an even more personalized service, thus enhancing the customer experience even further.”

The app is a good example of how crowdsourcing mechanical noises from thousands of cars can be used to create a collection that an app can rely on in diagnosing vehicles. But as useful as it could be in relatively fresh Škodas, which we don’t have here in the U.S., we think the technology’s potential lies with diagnosing problems in much older vehicles, especially by the roadside rather than in a service bay setting. Perhaps there could be demand for such an app in the classic car community, categorized by make and model, when it comes to diagnosing engine operation.