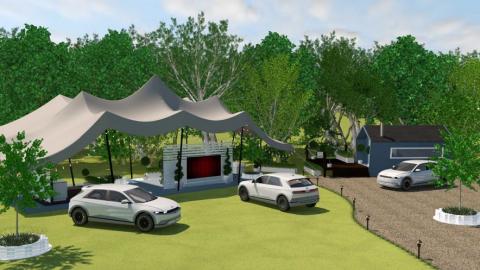 The pop-up hotel is said to be operational for three weeks, starting from October 19th

According to media reports, Hyundai has started taking reservations for a new pop-up hotel in Essex, UK, which is said to be powered entirely by an electric vehicle.

Hotel Hyundai – as it is said to be called, will have a cabin, a restaurant and a private cinema all powered by the Ioniq 5 EV. The hotel is said to be a way to showcase the Hyundai Ioniq 5’s V2L (vehicle-to-load) technology. Reports state that Hotel Hyundai will offer visitors a high-end luxury cabin experience packed with amenities, all of which will be powered by the Ioniq 5 EV. The hotel will also get a restaurant with a menu, which Hyundai describes as “innovative & sustainable as the cars powering it, with ingredients sourced locally”.

In addition to this, the pop-up hotel will also feature a private cinema with a car-powered projector and a popcorn machine, also powered by the EV.

Residents of the UK can enter to win a free one-night stay at the hotel. The pop-up hotel is said to be operational for three weeks, starting from October 19th, with a select group of winners being given a chance to experience it first-hand.