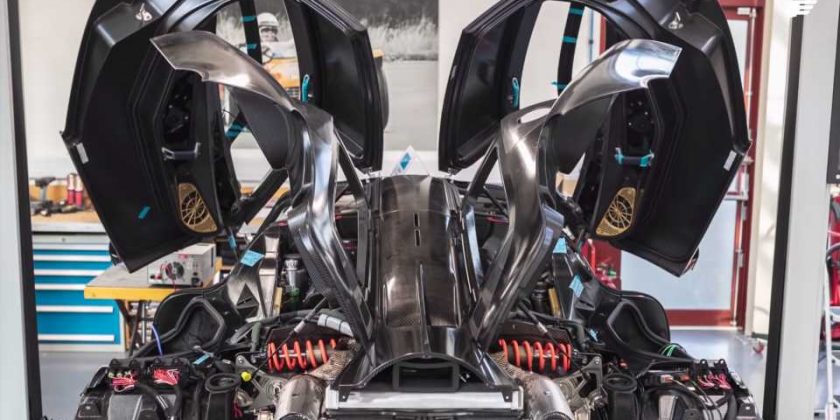 Gordon Murray’s follow-up to the McLaren F1, the Cosworth V12-powered GMA T.50, is just 12 months away from series production right now. In order to get through the development process as efficiently as possible, GMA will be running all of its XP cars throughout 2021, along with the first mule known as George. Interestingly, because of the timing, XP2 is getting assembled and fired up before XP1, since this prototype is scheduled to do cold-weather testing and ABS/ESC calibration on ice instead of a wet road. Now, we can witness all of its carbon fiber and titanium goodies in these photos and video blog from Gordon Murray Automotive.

The T.50 is a three-seater supercar weighing just 2,173 pounds, built around a carbon-fiber monocoque that’s just 220 pounds and with a six-speed manual transmission that’s still rubber-mounted, yet also semi-structural to make the package work without a heavy rear subframe. As for the fan-based active aero system, that may be best explained by Gordon Murray himself. As T.50 XP2 is getting ready to be fired up for the first time, only to be driven to the track by Murray, GMA has also revealed that the even lighter and track-only T.50s will be launched next Monday, on Feb. 22. 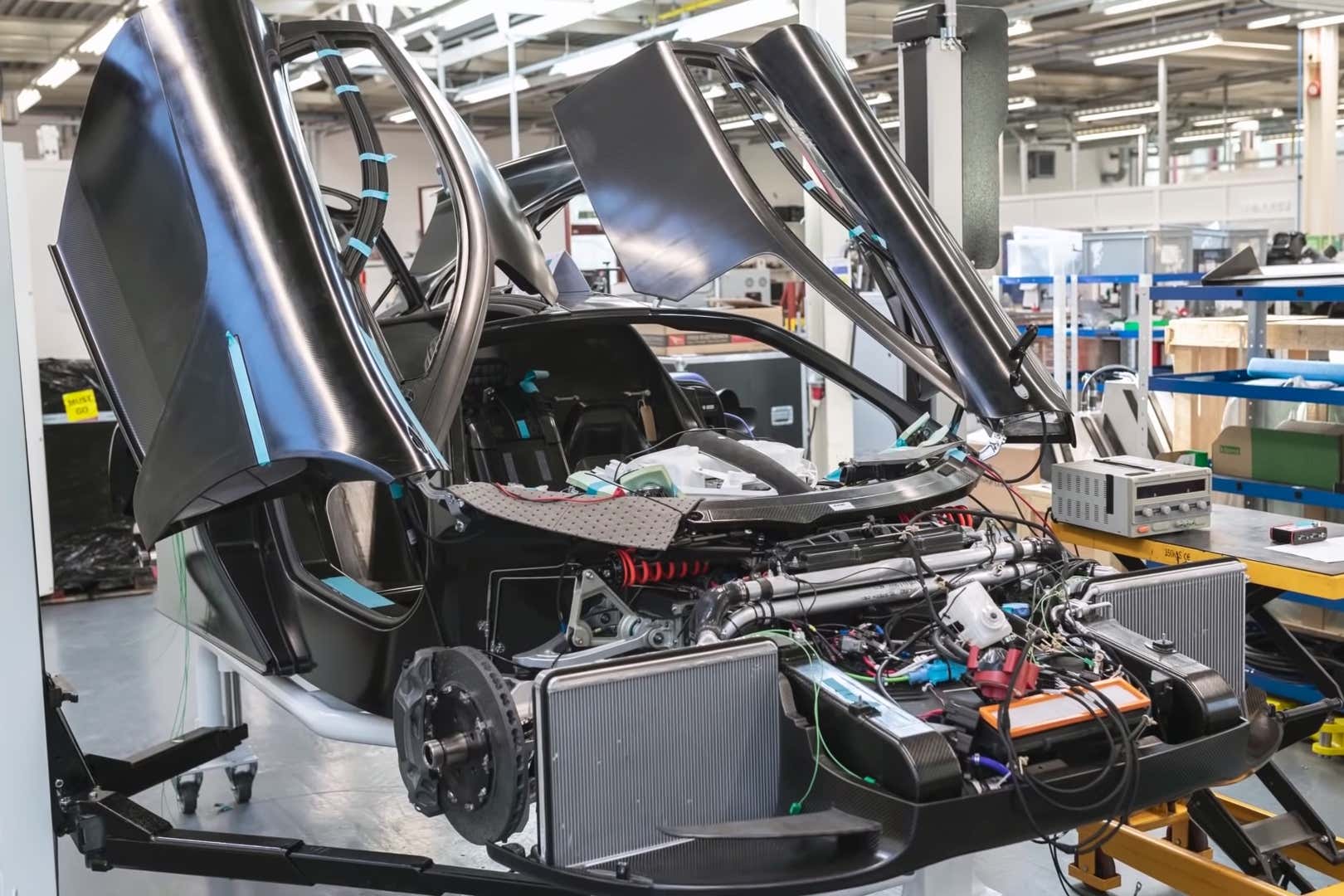 Meanwhile, once XP2 is ready to roll, the team will continue to work as Gordon Murray Automotive needs to produce 11 prototypes in total, starting its pre-production as early as October.

Of course first out of the gates was George, the Ultima-based Cosworth V12 mule: 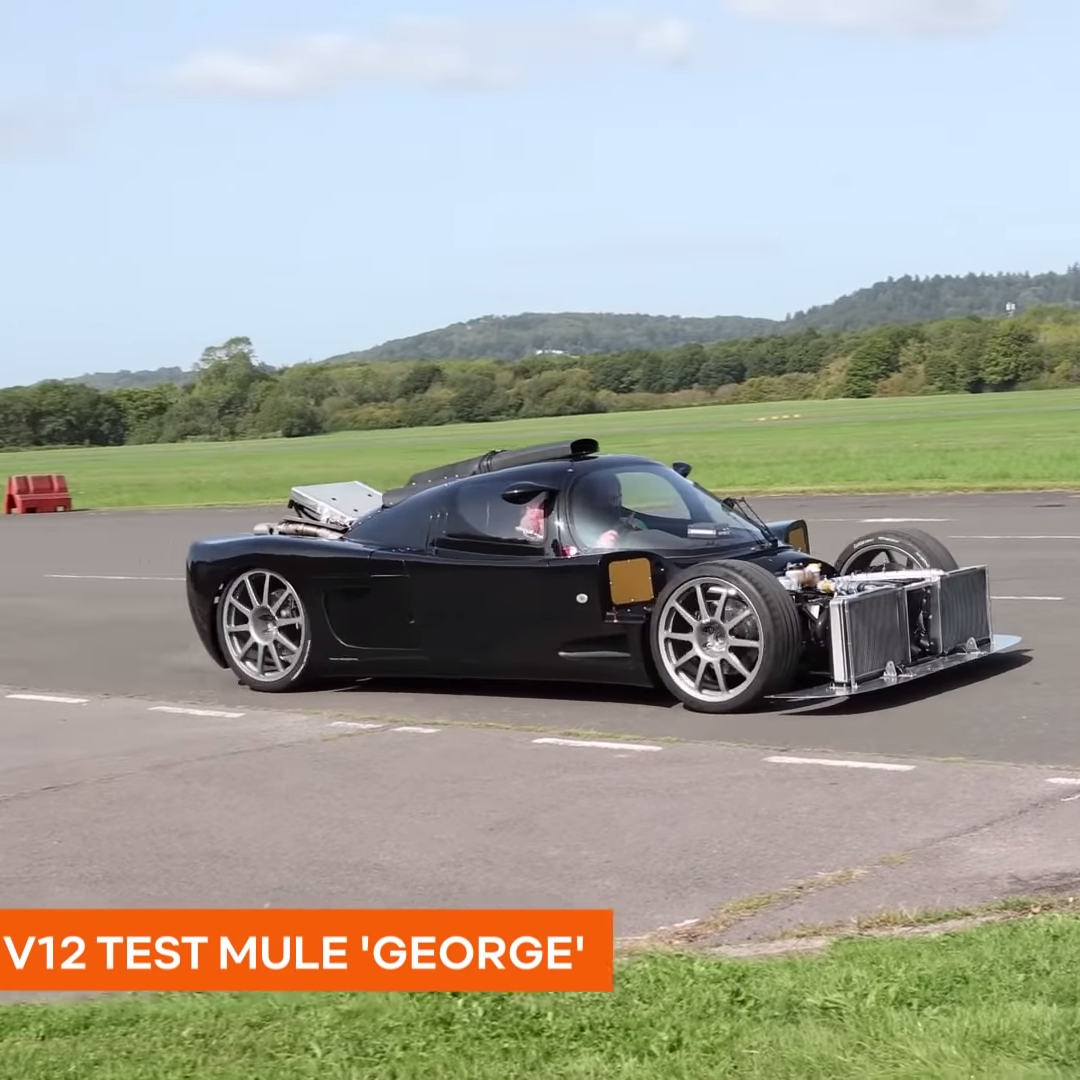 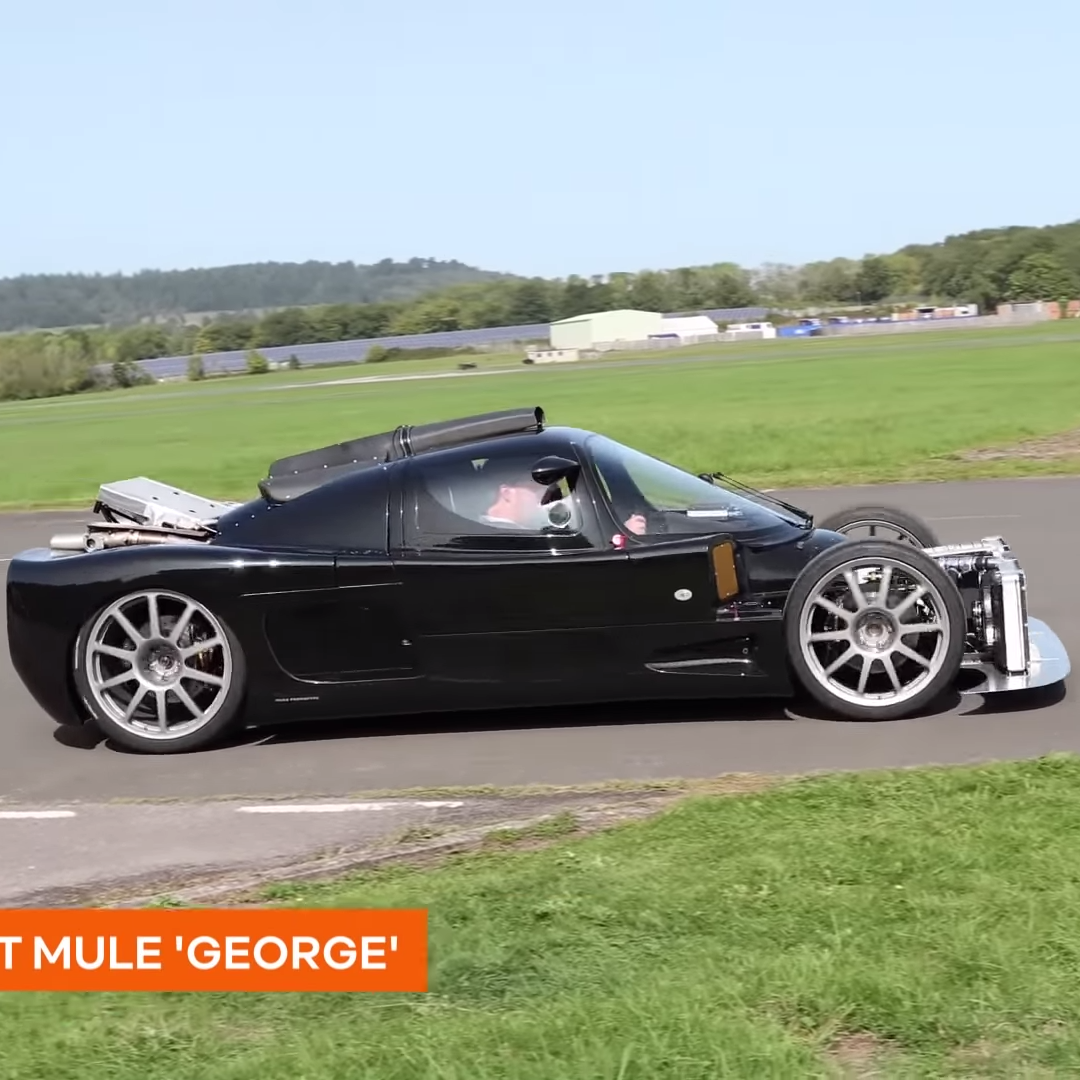 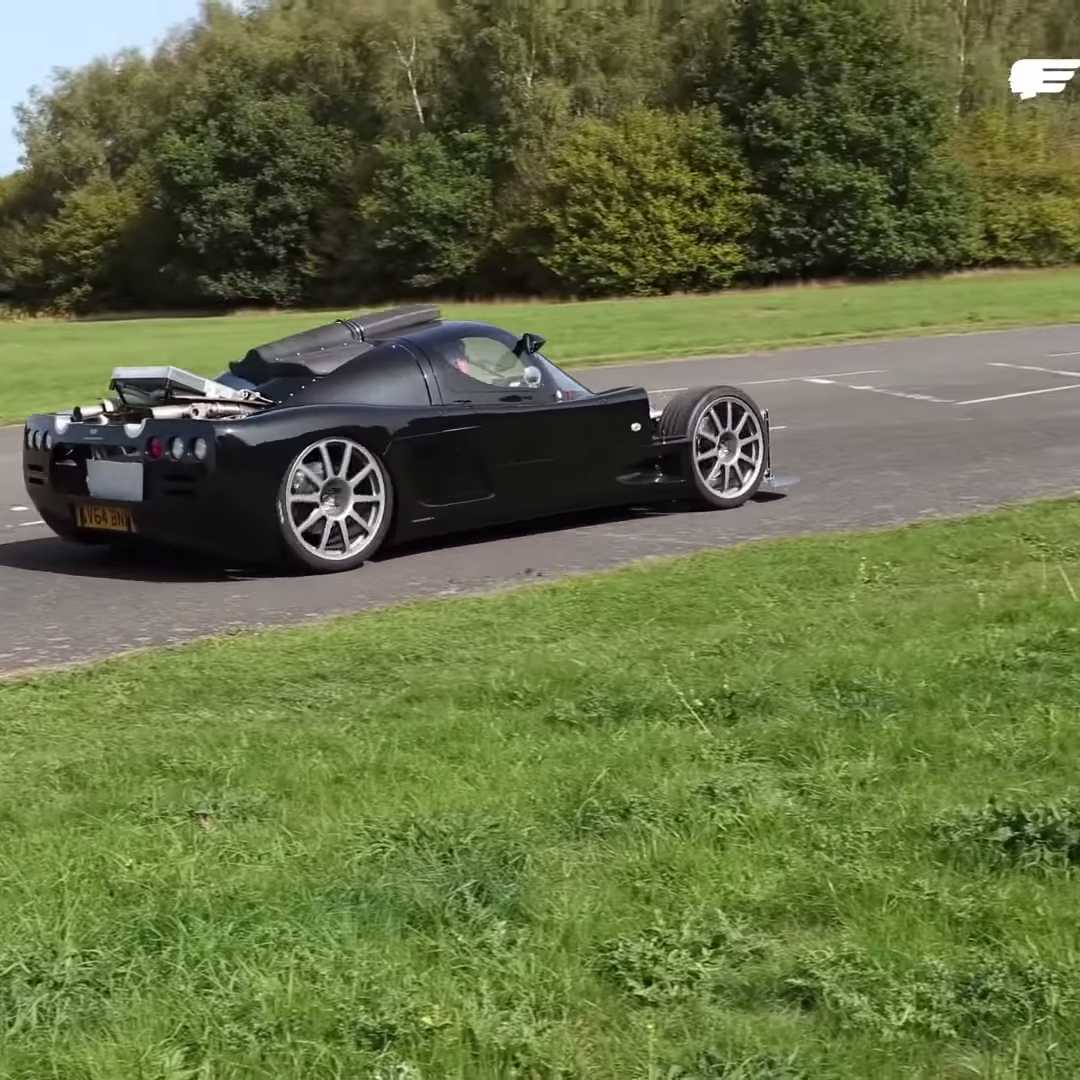 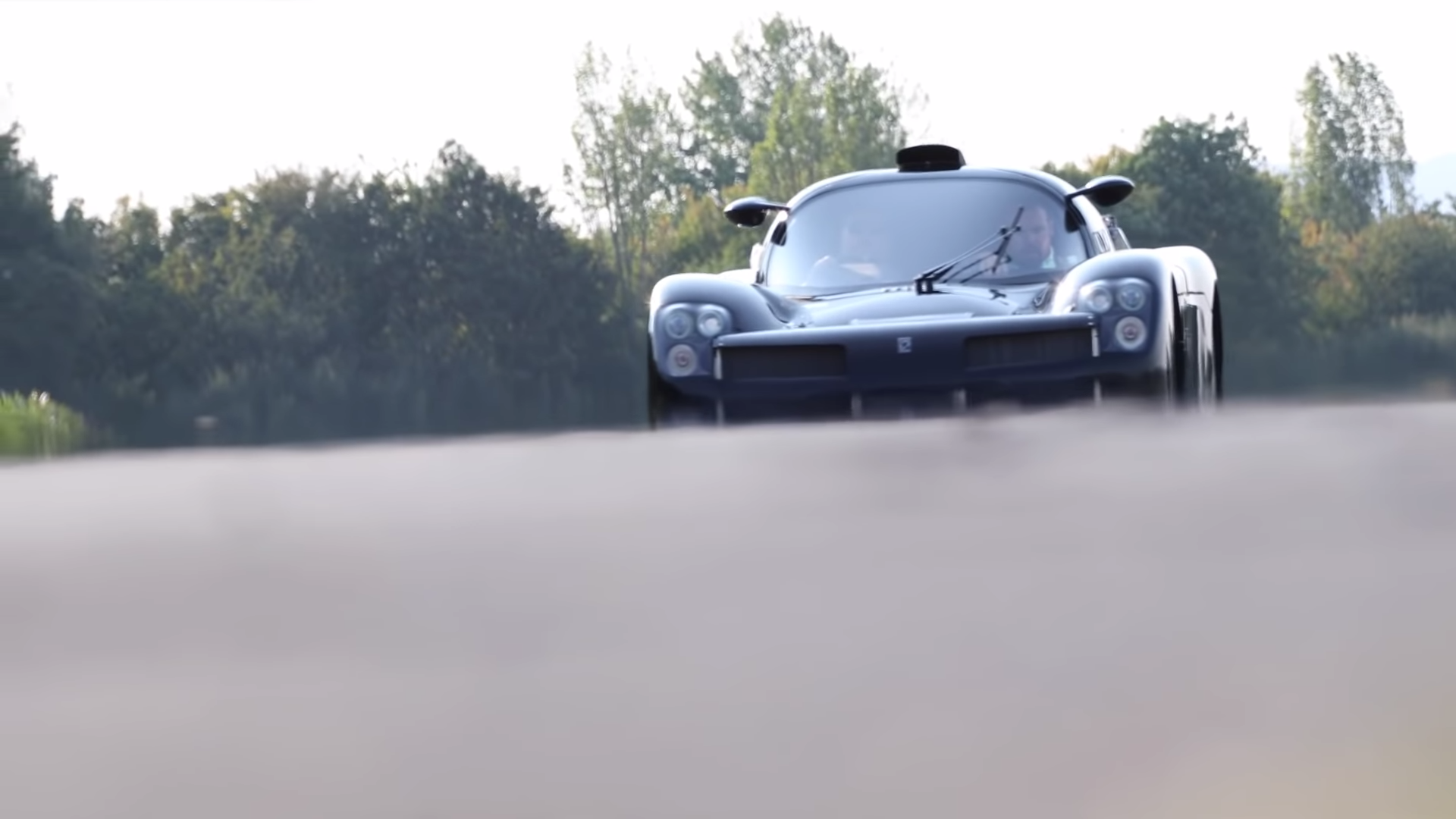 XP2 is our best look yet at a completed T.50 rolling chassis, and the packaging involved is truly unique in the road car world. Behind the three-seater cockpit is a twelve-cylinder engine paired to a manual gearbox, along with active diffusers, a spoiler, and a carbon-fiber fan system that’s 15.74-inches in diameter. Needless to say, the T.50’s rather short exhaust behind the 12,100-rpm Cosworth V12 is made of titanium, featuring active flaps to keep drivers from pissing off their neighbors.

By the time the next vlog episode hosted by Dario Franchitti, we shall hear it warming up as well. We can see quite a few XP chassis already in that workshop…