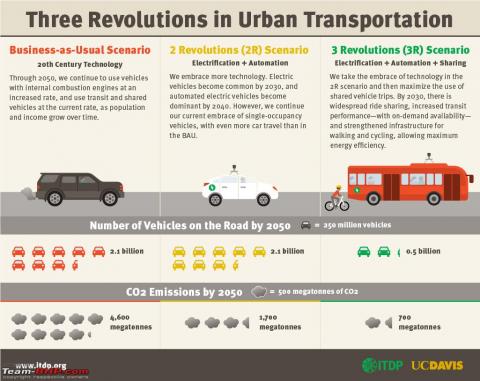 With the advancement of electronics and software, the days of good old plain and simple mechanical and electrical systems in our daily commuters and dear touring vehicles were ended and most of the modern cars that we use are controlled with electronic control units via sensors and actuators. But till this day, for an average car, they just translate the action of the user.

Now, with even more advancements made in the field of Artificial Intelligence and complex electronic hardware, we are witnessing the start of the penetration of autonomous technology into our daily cars (even though currently a niche segment).

What started as driver assist systems for reducing the accidents on the road, have come a long way and extended to autonomous driving even without human interference. But the words driver assistance, automated, autonomous, self-driving which we discuss a lot, look similar but are quite different. There is a widespread misunderstanding of the features and with OEMs now starting to launch these advanced systems in the Indian market (MG Gloster and upcoming Mahindra XUV5OO), we must be a little aware of the technicalities to not get mislead by their marketing and ads.

This thread can be used to discuss all upcoming technologies & features related to ADAS and autonomous driving.

Benefits of autonomous transportation: The potential for dramatically lowering CO2 emissions and others. But when a recent study by ITDP was conducted, combining autonomous technology with EVs and ridesharing will have greater benefits in 2050.

Before going further, let me try to put some clear differences between the technical jargons that I used earlier, and with the basic requirements and feature explanation.

Self-driving: self-driving car can drive itself in some or even all situations, but a human passenger must always be present and ready to take control.

Autonomous driving: A fully autonomous car would be self-aware and capable of making its own choices.

To identify and have some regulations, the SAE (Society of Automotive Engineers) has classified the autonomous technology into different levels. From level 0 (no autonomy) to level 5 (full autonomy) and in each level, what will be the expectation & responsibility from driver or the system.

The driver is responsible for all the actions like in today’s cars which we drive. But where these cars vary from our cars is that the system will alert you. For example leaving the lane or collision warning, autonomous emergency braking (this comes here because it’s not a driving function).

This is the first step for some automation, driver is very much involved but the systems can complement few driver actions but not complete functionality. Cruise control and ACC are examples as the car is just controlling accelerator variation and driver is doing everything else from steering to braking.

This level is the beginning for autonomous control, based on basic input from driver the car can do steering, acceleration and braking all by itself with driver still in control if he needs to. ACC stop and go, Autonomous emergency steering, lane keep, and change assist comes under this level.

Level 3 is where the real differentiation stars, the feature can work on its own when requested in most conditions (mapping environment) and need driver in exceptional cases. Example traffic jam pilot, where the car can follow another car changing course and even overtaking if free space is detected.

These are called self-driving vehicles using a wide variety of functions to drive by themselves without human interference but allow the human driver to take control if he needs to.

There is no human driver requirement for this level, can eliminate all controls related to driving like steering wheel or brakes. These are the vehicles where you can sleep and wake up in another place.

Since full autonomous vehicles are beyond the timelines of basic ADAS featured vehicles, I will address the technical structure and content in ADAS section.

Now this is what most of us are interested in and more relevant to India as we are seeing the products on road now. Basically, one or two features creeped into the vehicles here and there before but the latest entrant in D2 segment MG Gloster had launched it as a package.

ADAS itself is very vast and has dozens of features in it but mostly we can segregate into in my own view.

We shall come back for feature explanation, but before that let me list down certain key points

Everyone will have queries on which additional parts are needed for ADAS, so let me just show it with a picture and the functions possible with each sensor.

So, from the above pictures we can get an idea how a manufacturer can choose the hardware required for the features as some components can perform to provide multiple functions and some functions need multiple sensors to give a proper result.

If multiple sensor inputs are combined for a feature, then it is called sensor fusion. Sometimes all the sensors can be connected to a single powerful controller to perform all decision making. It depends on various factors including the cost and development strategy.

Camera: Vision based, so the weather and dust will affect its performance. Usually good for object classification with range up to 150 meters. Even the low light performance is good now. Can perform many functions.

Radar: Radio frequency based in mm range. Less affected by weather and has longer range. More accurate on distance and speed analysis. Poor border definition so object classification is not so good.

Now let us get down to features and their explanation. I will just stick to high level and the 5 sections mentioned above as explanation for regular features is vast and repetitive with a ton of material available online (links will be shared). And one example on how sensors get the information, processed and actuation is done.

These help by freeing up the driver to make only important controls. Most of the features need Lane markings, road edge detection and free space calculation
Some notable features are

a. Cruise control – There are multiple levels from simple acceleration control (fixed speed), to Adaptive cruise (maintaining a headway with the vehicle in the front).

Some even recognize the speed limits of the road and vary the set speed themselves so that the driver will not get a speeding ticket.

b. Lane Support systems – Again, there are many levels.

First is the lane departure warning, where only warning is given, and driver needs to act. Secondly, Lane keep assist, where the system keeps the vehicle in lane.

Third, Lane centering assist -this is for perfectionists and I can be sure that Germans would have come up with this feature. Maintains the vehicle equidistant between two lanes.

Fourth, Lane change assist, you just must turn on the indicator and the vehicle will move to the next lane if there are no vehicles in the path.

c. Blind spot detection system – This can be helpful for both lane changes and even collision avoidance or parking.

These features can make life and death decisions, and this is where most of the debate currently is going on in almost all international regulatory forums.

As this is very vast and complex, let me just post few pictures. Basically, the radar, lidar and camera map the complete environment and track all the objects and their motion. They then calculate time to collision if collision is imminent and issue a warning to driver before braking.

There are categories in object classification – static (poles and trees, walls and what not) and dynamic (Cars, pedestrians, cyclists) with even more scenarios if they are moving, braking, coming from near side or far side and etc…

These features come in handy for avoiding penalties in case if one misses noticing important road signs on a highway or city. The camera unit senses the traffic signs and can either warn the driver or reduce the speed by themselves. Note that it is not just speed limits there are literally dozens of road signs from “give way to stop”.

I am limiting the explanation to the first 3 sections and please go through the following wiki link for more features.

I hope that this thread will be useful for basic understanding on ADAS and we can continue to discuss the upcoming features in different vehicles that are introduced in India/other locations.