Anyone who’s walked past a decrepit old garage has wondered what secrets might be hiding within. For the residents of one block in Richmond, Virginia, that mystery is no more after a spring storm blew down the rotting door of an abandoned back-alley garage, revealing a 1949 Ford Custom Convertible that had been hiding in plain sight for decades.

WRIC News reports a series of late-May rainstorms finally took down the facade of the small outbuilding in Richmond’s historic Fan District, which had been abandoned since its elderly owner died several years ago. That’s when neighbors realized the unassuming structure actually housed a 1949 Ford, adding the shoebox-style convertible to the long list of forgotten classic cars that have been dragged back into the light in recent years. 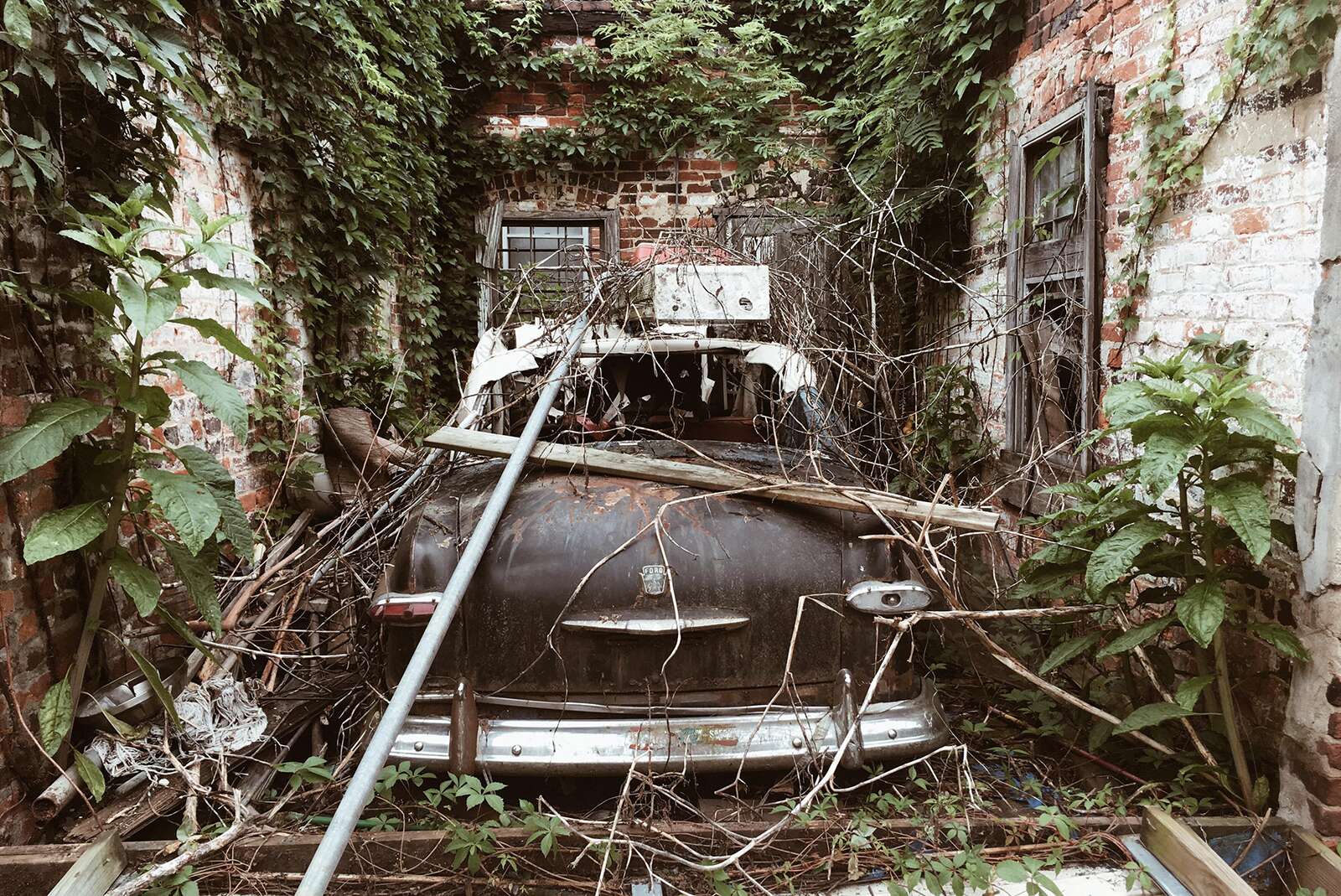 “Garage finds” usually fare a bit better than true “barn finds,” since the former are often sealed up while the latter are mostly exposed to the elements. But the reverse is true here—it appears the garage lost its roof well before the door came down, leaving the old Ford open to the weather for an undetermined length of time. It’s incredibly rusty, its convertible top is in tatters, and chances are there’s too much work needed to make a full restoration financially viable. 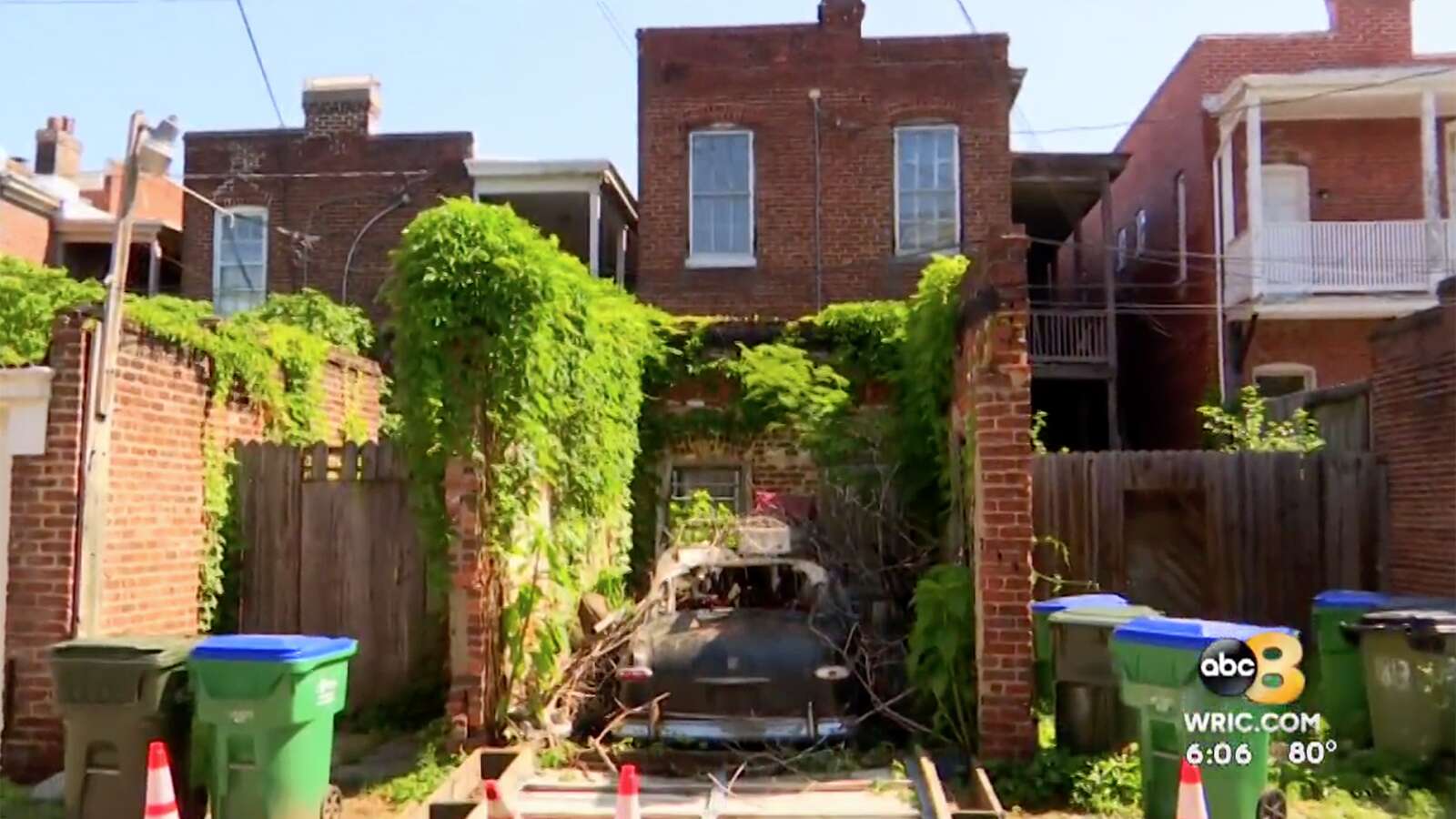 But it’s not like they’re making these cars anymore, and all that valuable chrome trim looks to be in good shape. WRIC reports that the city is dealing with the debris from the door collapse, but since the Ford is located on private property, its fate is unclear. The Drive called up the Richmond Code Enforcement Office, who handles abandoned buildings and structural problems, but the representative we spoke to didn’t have any information to add. A call to the Richmond Fire Department was not returned. 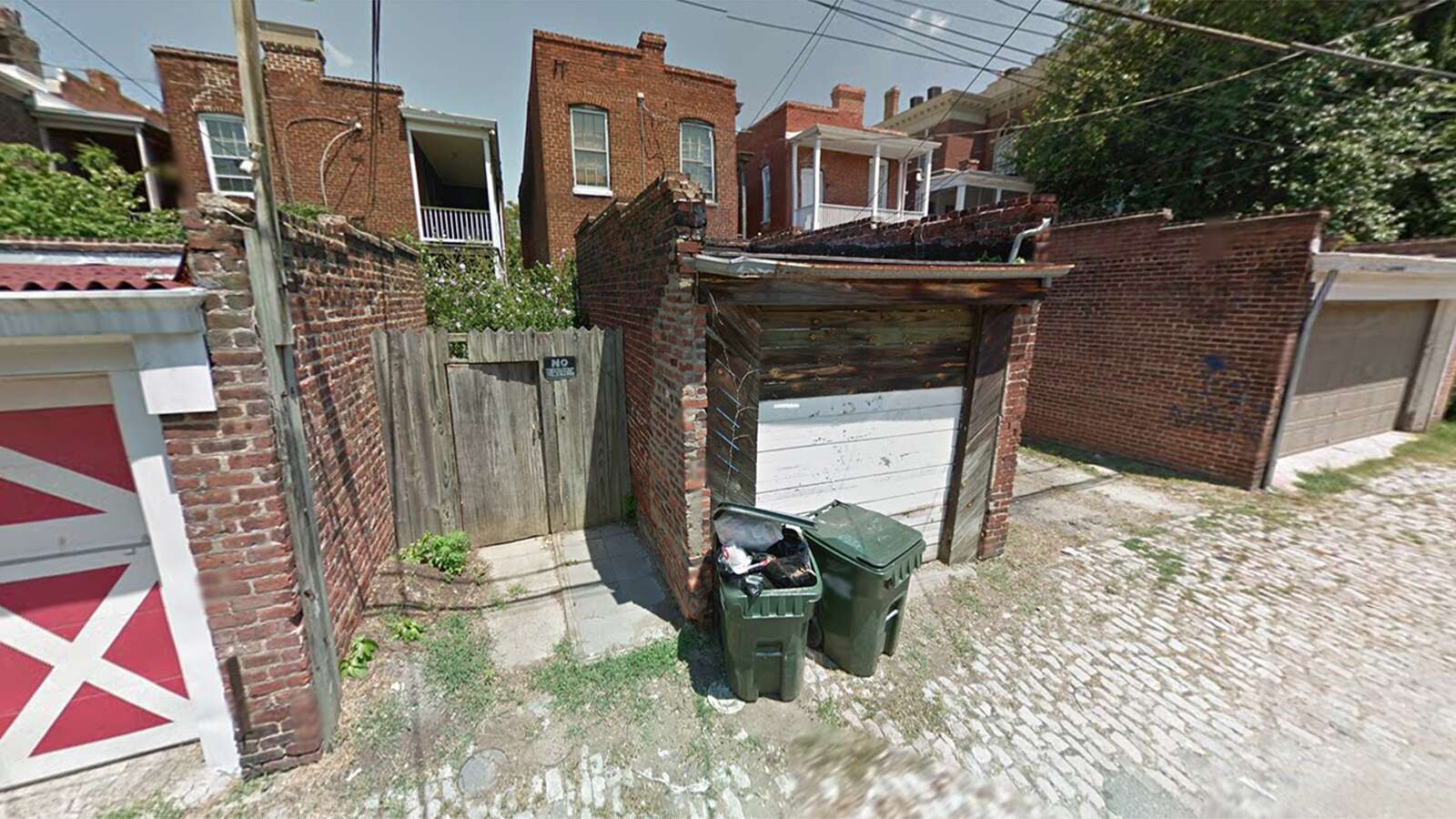 The garage in question, before the collapse.

A public records search turned up three presumably-related owners: Robert, Thomas, and Anthony Archer, who bought the property together for a mere $18,000 back in 1972. At some point the main house was converted into a multi-family apartment building and developed an extensive rental history; more recently, it was occupied solely by a elderly man named Melvin D. Archer, who transferred the deed to someone else in his family earlier this year.

Those original owners have proven impossible to track down, and despite the lack of online obituaries, it seems likely they’ve since passed away as neighbors state. And despite its crumbling condition, the house doesn’t appear on Richmond’s most recent registry of abandoned buildings, so it hasn’t been tracked in a way that could also shed light on its murky ownership. All this to say, there’s no way to tell who exactly parked the old car in the alley. 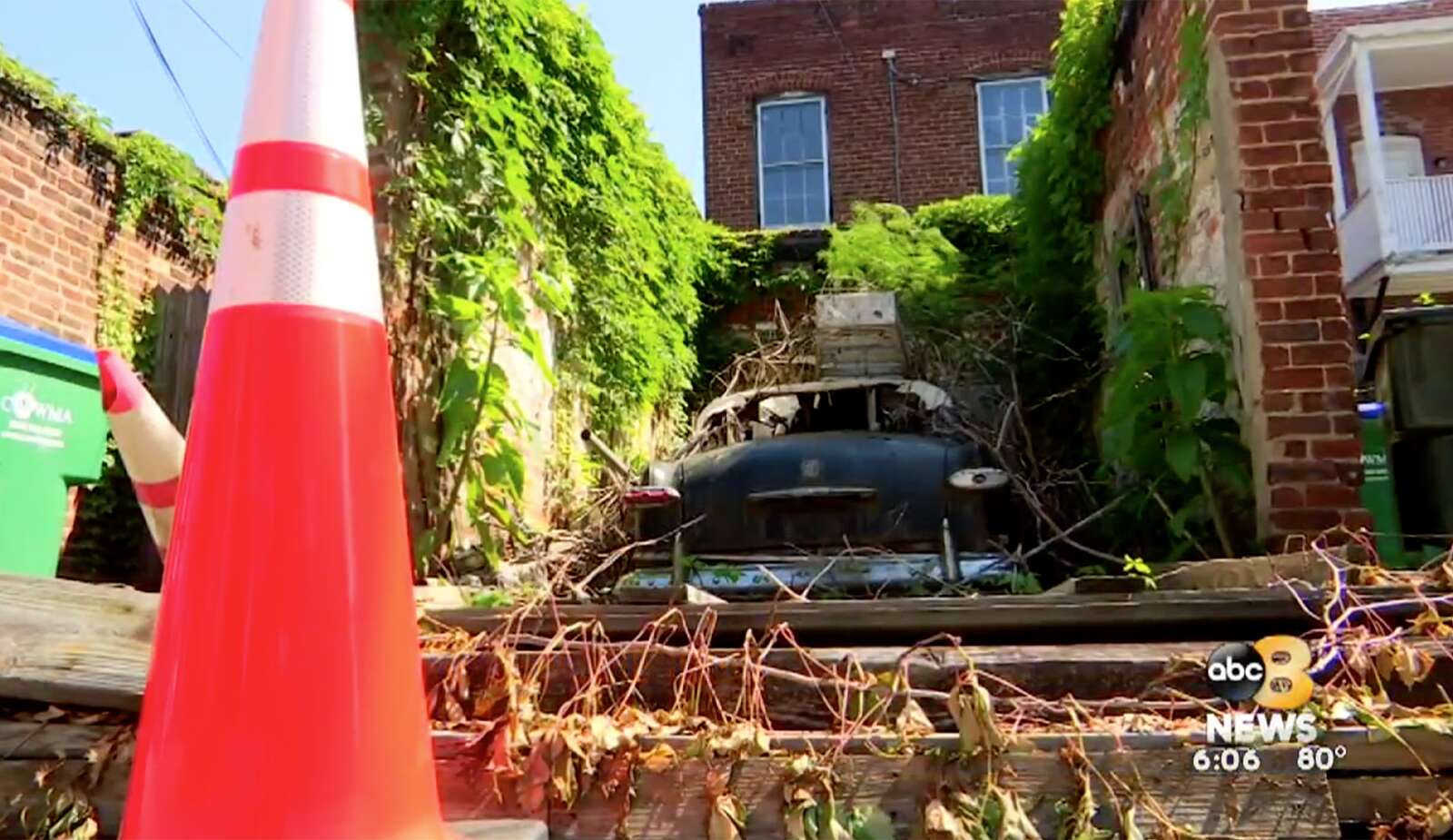 Wherever the 1949 Ford ends up, though, it’s probably better than wasting away in a forgotten old garage.

“I’m sure someone drove it and loved it so much and had plans, and they never fulfilled the plans,” neighbor Hans Smetana said to WRIC. “Anything can be rebuilt. If a man built it, a man can fix it, right?”