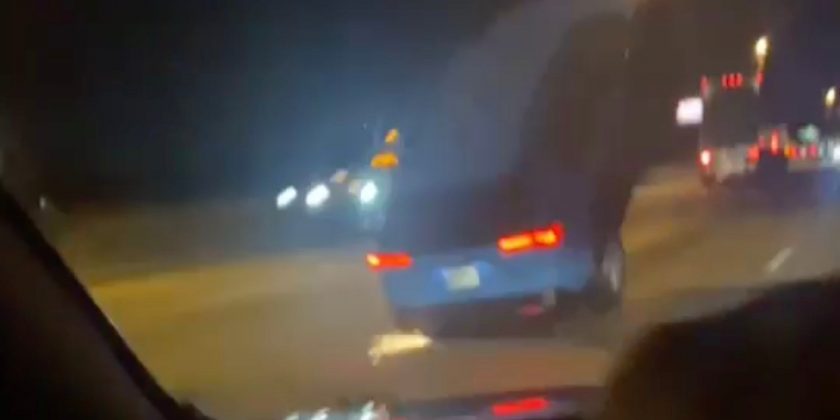 A truck tire can do a hell of a lot of damage if it gets loose. Some of them weigh more than 100 pounds, and at highway speeds that becomes a missile that can tear things apart. But stray tires don’t need to smash into a house at 65 mph to do their damage. They can simply roll along the highway until someone doesn’t spot it in time, hits it, and sends their crossover cartwheeling down the highway.

Such a moment was captured by Facebook user MzDeanna Smith, an apparent Chicago-area Ford employee. Smith, according to the video’s description, encountered the tire on Interstate 80 just outside Gary, Indiana, and followed it for only a moment before the driver of a Toyota RAV4 collided with it as it rolled out into traffic. 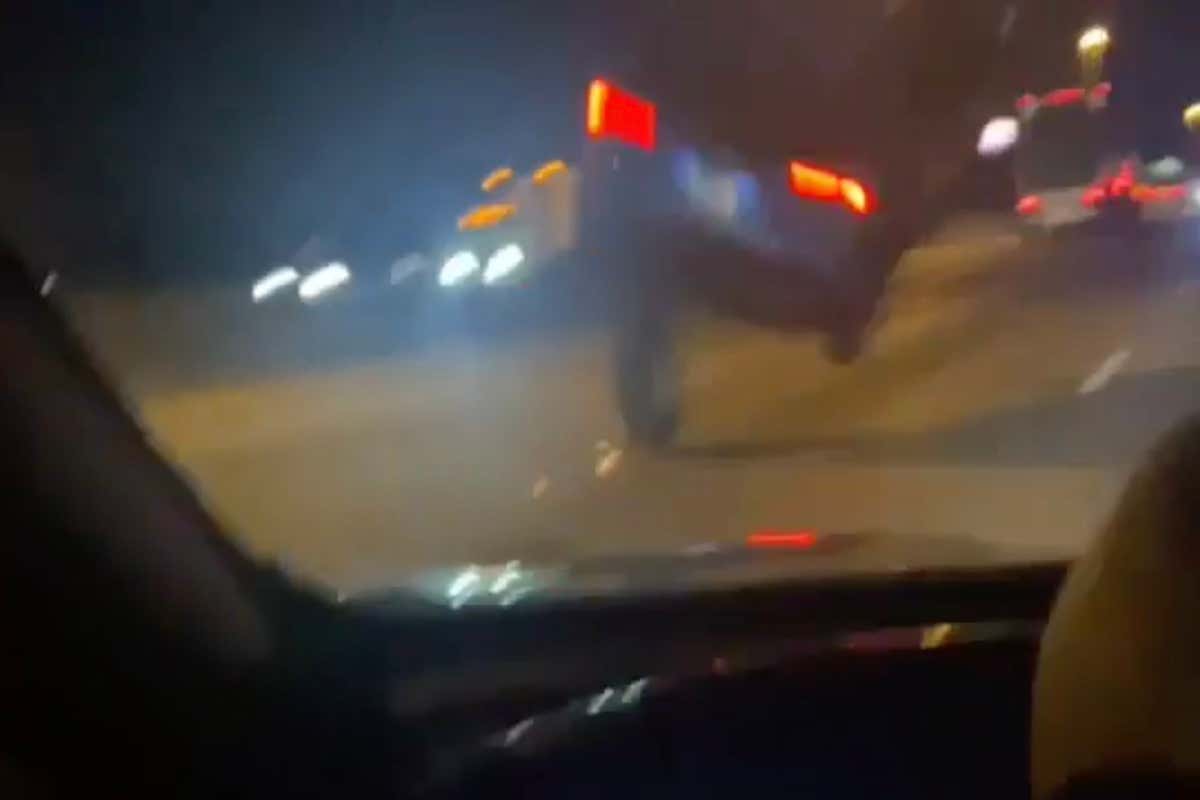 Toyota RAV4 takes flight as it hits a stray tire

The impact wasn’t hard enough to burst the tire, but the Toyota driver was moving just quick enough for the tire to bounce their front axle into the air, and for their momentum to carry the rear into the tire as well. This flung the Toyota’s rear skyward, and into a spectacular double roll that ended with the vehicle on its wheels.

According to Smith’s Facebook posts, she stopped to check on the Toyota driver, who was reportedly able to exit her vehicle, and predictably, complained of neck pain. Smith called 911, got the Toyota driver’s contact information to check in later, and according to a screenshot of a Facebook discussion, later confirmed the RAV4’s driver is alright.

Once she’s healed up, she’ll no doubt be asking for the original video of her accident, to save for posterity. Bless this Good Samaritan for filming it in the first place.