Russia has released video of the Borei-class ballistic missile submarine Yuri Dolgoruky rippling off four Bulava submarine-launched ballistic missiles during a recent training exercise. The impressive and very public demonstration of the boat’s capabilities comes as Russia is pushing with plans to significantly modernize its nuclear arsenal and as the country has stepped up its undersea activities to levels not seen since the Cold War.

Yuri Dolgorukiy fired the Bulavas, also known as the RSM-56 or SS-N-32, while submerged in the White Sea on May 22, 2018. According to the Russian Ministry of Defense, the missiles all successfully hit their designated targets at the Kura range on the Kamchatka Peninsula some 3,500 miles away in Russia’s Far East. This was the first time Borei-class sub had ever fired a salvo of missiles.

At present, Russia has three Boreis, also known as Project 955s. Yuri Dolgorukiy is the only one assigned to the country’s Northern Fleet, with the other two boats being part of the Pacific Fleet. Each one can carry up to 16 Bulavas, each of which is a multiple independently targetable reentry vehicle (MIRV) design. The missiles carry six warheads and reportedly also have a large number of decoys to help penetrate through missile defenses.

The salvo test is an important milestone for both the Borei-class and the Bulava, both of which have suffered delays and other difficulties. Russian ship-builder Sevmash laid down the Yuri Dolgorukiy’s hull in 1996, but didn’t actually launch the boat for nearly a decade.

The Kremlin only commissioned her in 2013 when the Bulava, which also had a development program dating to the 1990s, finally entered service. Between 2004 and 2009, the missile suffered five failures in 11 tests, which led to a significant redesign of the weapon.

Even since officially becoming operational, at least one RSM-56 has failed and another one may have also malfunctioned. During a test in September 2016, Russian personnel used a command self-destruct feature to destroy another one of the missiles in mid-air as it was apparently flying off target.

The Borei program has continued to suffer its own continued troubles, as well. Between 2012 and 2016, Sevmash laid down another five boats with an improved design, known as the Project 955A or Borei-A, with structural improvements, further noise reduction features to reduce the likelihood of detection and improve its survivability, and updates to the crew’s living conditions.

So far, however, the shipyard has only launched one of these additional submarines and did so just recently in December 2017. The Kremlin hopes to have them all in service by 2020 and says it is buying another batch of six Borei-As, which will be operational in 2023. 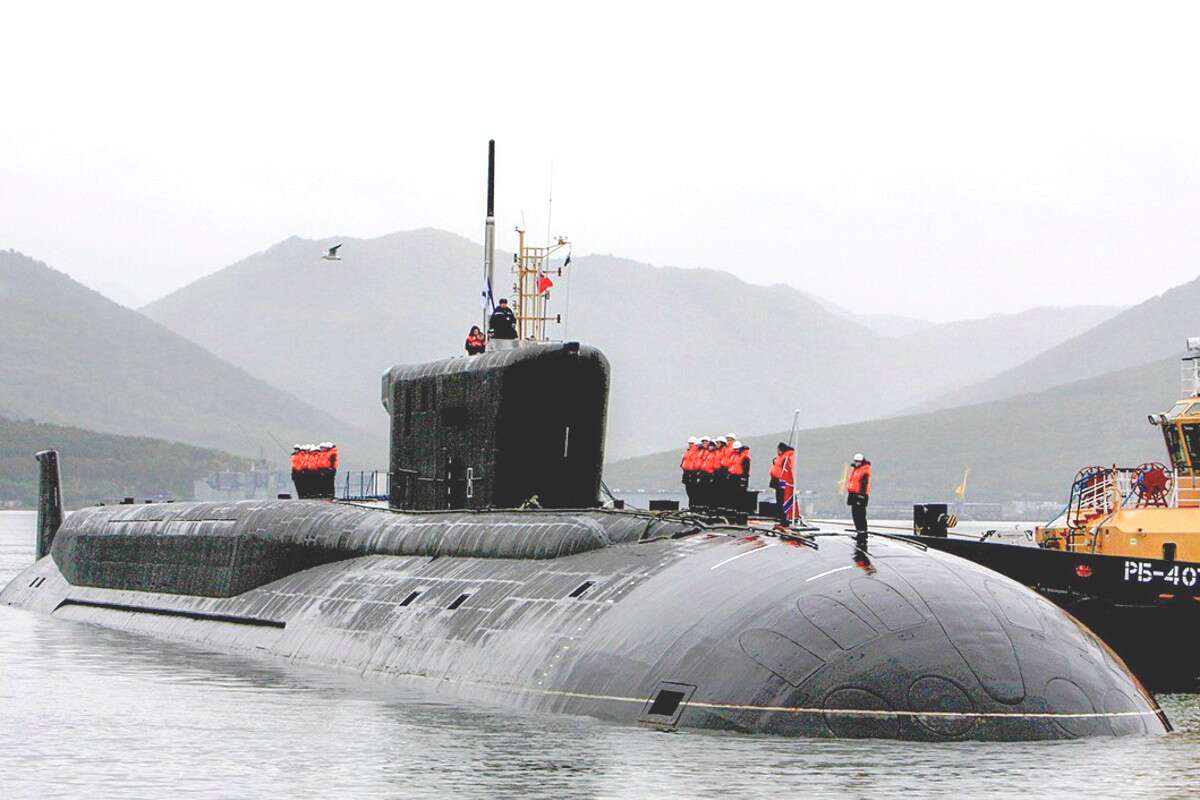 That latter decision came after officials in Moscow scrapped plans for a further improved design, the Project 955B or Borei-B, after it reportedly proved to be too expensive and complex. These proposed ships would have included a quiet pump-jet propulsion system.

“After the analysis of proposals on building Borei-B nuclear-powered submarines, a decision was made to give them up as the project of building these subs does not meet the ‘cost/efficiency’ criterion,” an unnamed Russian defense industry source told state-run outlet TASS earlier in May 2018. “Instead, the final version of the state armament program through 2027 includes Borei-A submarines.”

As it stands now, Russia is hoping to eventually have a fleet of at least 14 Boreis. These will reportedly serve primarily as replacements for the aging Cold War-era Project 667 Delta III– and IV-class ballistic missile submarines that remain in service in both the Northern and Pacific Fleets.

With this in mind, the new Boreis are an important part of the Kremlin’s plans to reinvigorate the country’s strategic deterrent capabilities. There are already indications that Russia’s existing ballistic and cruise missile-armed submarine fleets have begun conducting more regular deterrent patrols. At the same time, in 2017, there is information that suggests Russia has significantly reduced those sorties in the Pacific.

“A total of 102 voyages by surface ships and submarines are scheduled for this year,” Russian President Vladimir Putin declared earlier in May 2018. “It is essential to enhance the naval component of the strategic nuclear force. This will increase the role of the Navy in nuclear deterrence,” he added.

The Russian Navy has stepped up submarine activity in general as part of the country’s increasingly aggressive foreign policy. For years now, both U.S. military and NATO alliance officials have publicly commented on the uptick in missions.

Russia pursued “an extraordinary investment path not mirrored by the West” with regards to submarines and made “technology leaps that are remarkable,” as well as improved professionalism and overall capabilities of its submariners, U.K. Royal Navy Vice-Admiral Clive Johnstone, head of NATO’s Allied Maritime Command, told Jane’s 360 in 2016. “I think none of that would worry us if we knew what the game plans were or we knew why they were deploying or what they are doing.”

One of the regions where this surge in naval sorties has been particularly pronounced is the Arctic, where Russia is dramatically expanding its military posture as a whole. In April 2018, the Russian Navy’s new Ilya Muromets icebreaker escorted Yuri Dolgorukiy through the ice in the White Sea, which is situated very close to the Arctic Circle. 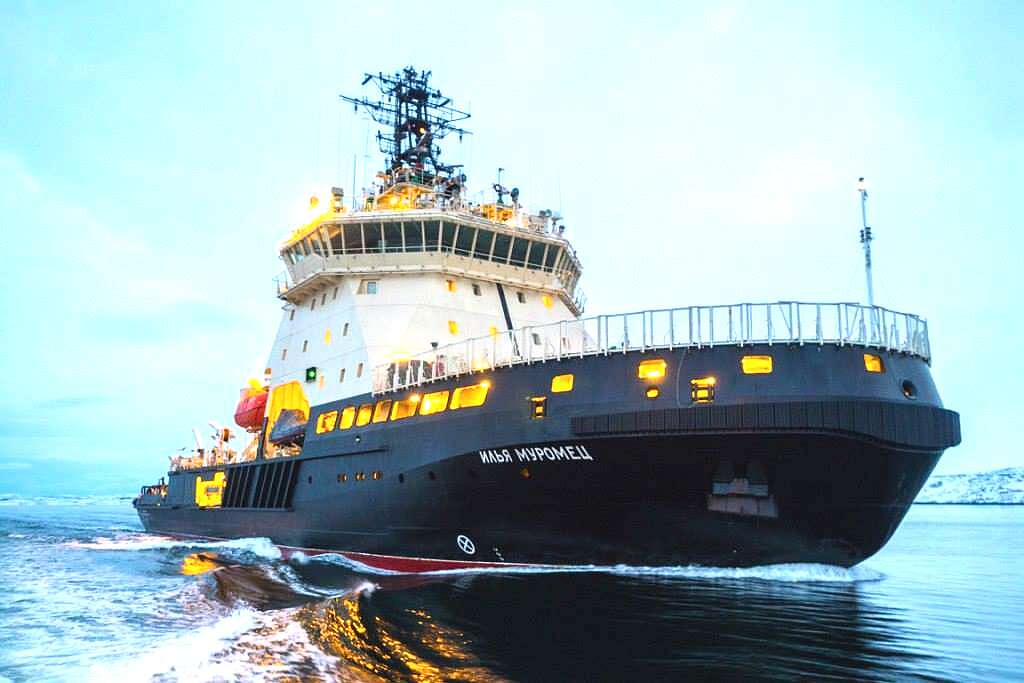 The Russians “are deploying more [submarines] and they are deploying at a higher rate,” U.S. Army General Curtis Scaparrotti, head of U.S. European Command, told members of Congress more recently in March 2018. “The [Russian Navy] forces they are deploying are being modernized, particularly with their weapons systems.”

At present, NATO is looking to re-establish a dedicated Joint Force Command for the Atlantic and the U.S. Navy is working to reform its 2nd Fleet to better oversee operations in the northeastern end of that ocean. Both of these moves are linked to rising Russian naval activity, especially with regards to submarines.

“This is a dynamic response to the dynamic security environment,” U.S. Navy Admiral John Richardson, the Chief of Naval Operations, said during a ceremony on May 4, 2018. “So as we’ve seen this great power competition emerge, the Atlantic Ocean is as dynamic a theater as any and particular the North Atlantic, so as we consider high-end naval warfare, fighting in the Atlantic, that will be the 2nd Fleet’s responsibility.”

But as is always the case with Russian military modernization efforts, serious questions remain about the ability for Russia to actually pursue its plans with regards to the Boreis. Sevmash has not shown any capacity to churn out more than one of the submarines per year, at best. Prince Vladimir, the first Project 955A was originally supposed to enter service in 2017, a delivery schedule that first slipped to 2018 and is now set for some time in 2019. 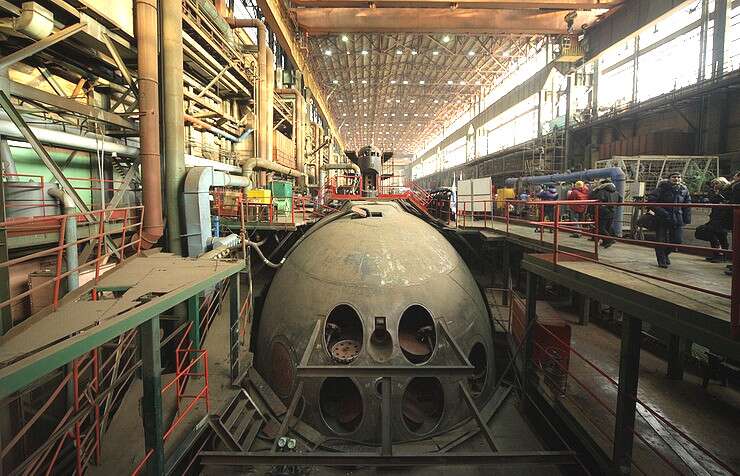 A Russian submarine under construction at Sevmash.

In addition, the Borei-As will be competing for funding with a host of other new and improved strategic weapon systems, including plans for nuclear-powered and nuclear-armed undersea drone, as the Kremlin’s defense spending appears to be contracting under the weight of international sanctions and the low price of oil. Russia has already halted work on one new ballistic missile specifically to shift resources to a nuclear-armed hypersonic boost-glide vehicle program. A lack of funding also killed plans to reboot its rail-mobile ballistic missile capability.

Without adequate resources, the Kremlin may have no option but to accept that the Boreis will arrive at a much slower pace than it desires. The total planned size of the fleet could shrink, too.

This is to say nothing of the costs to operate and maintain the submarines or train their crews. In January 2018, a fire broke out at Russia’s submarine base in Vladivostok, which the Kremlin claimed was actually a training exercise.

Still, Yuri Dolgoruky’s has now further demonstrated that the Borei-class has the potential to offer a very real boost in capability for the Russian Navy. This might help ensure the program remains a priority over other more exotic strategic weapon developments.