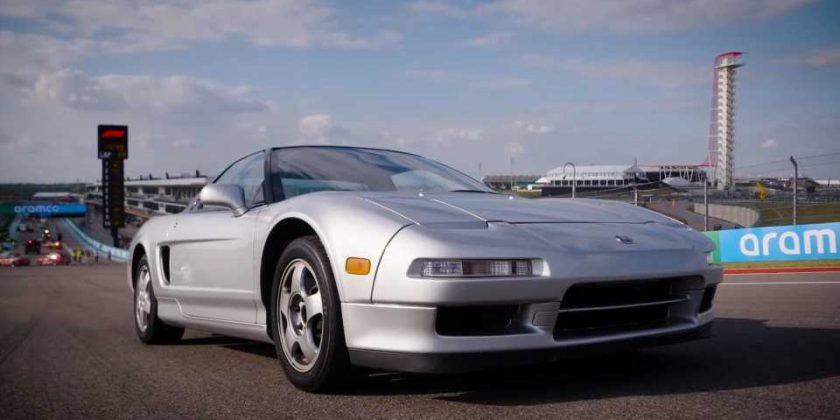 Formula 1 drivers are considered some of the most talented humans behind the wheel. With the grip and speed of modern F1 cars, they can sometimes make the job look easy. However, Pierre Gasly jumped in an Acura NSX at COTA last weekend, and showed us all a little bit of his driving skill.

With Red Bull and AlphaTauri bearing Acura logos on their cars for the US Grand Prix, the time was ripe for a bit of crossover marketing. Gasly was put behind the wheel of an original first-generation Acura NSX and given free reign on the Circuit of the Americas. The vintage mid-engined sports car originally shipped with a 3.0 liter, 270 horsepower V6 and has become a legend of the early 90s JDM golden era.

If this video is ringing any bells for you, it’s likely because you’re remembering Ayrton Senna blasting a Honda NSX around Suzuka during his Formula 1 heyday. The Brazilian didn’t hold back, screaming away from gathered press in a cloud of tire smoke. Senna barely lets the revs drop below 6000 rpm, all while deftly cajoling the car on the limit wearing white socks and brown loafers.

Gasly’s own lap is ever so slightly tamer; understandable, given he’s driving what is a decades-old mint condition NSX. Despite growing up in the paddle-shift era, he’s perfectly able to handle the stick shift. He doesn’t hammer the redline or slam the shifter, by any means; it’s more in the vein of how one holds back by 20% when driving someone else’s sports car. The video also includes a pedal cam as a throwback to Senna’s original video, though Gasly went for sneakers instead.

Perhaps most impressive is the way Gasly steers the car. He aggressively turns the wheel, continually testing the limits of adhesion. There’s a particularly great moment down at Turn 15, where Gasly catches a sudden slide. With lightning-fast reflexes, he throws on major counter-steer, getting the car hustling back in the right direction. It’s a difficult thing to handle in mid-engined cars, which can be quite snappy, but Gasly has the measure of the NSX. 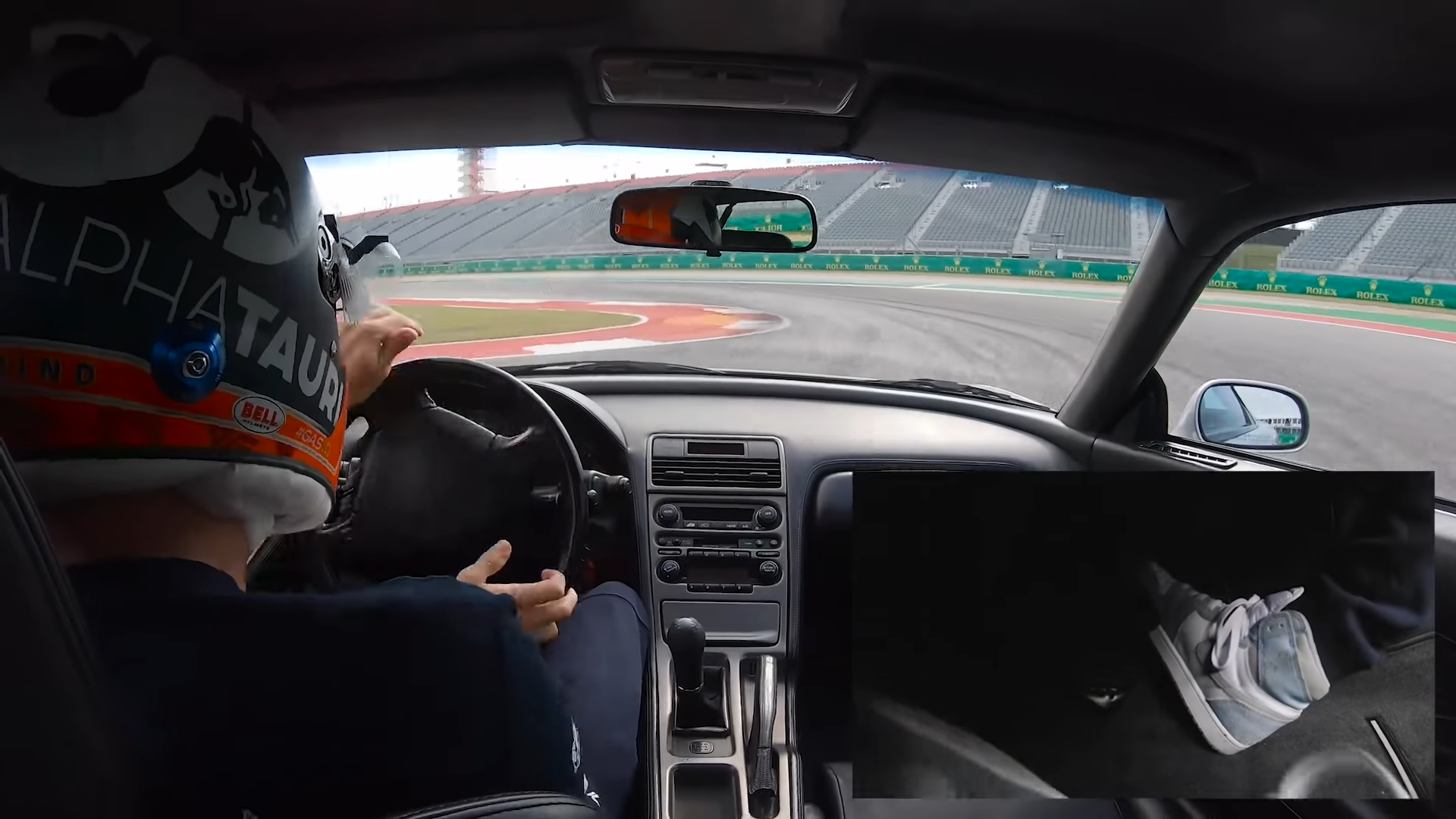 Gasly literally throws the wheel to catch the slide at Turn 15.

The video also serves to demonstrate the huge gulf between road cars and modern racing cars. Gasly has the car absolutely skating through the snaking corners of Turn 3 to Turn 7, which makes sense given the NSX is running street tires. It’s a sharp contrast to the aero-heavy Formula 1 cars which look glued to the tarmac on those same corners.

“Incredible, incredible,” said Gasly who clearly enjoyed the experience, adding “I need to find a way to get one.” Asking prices for a nice example are well into the six figures these days, though an NSX is probably still a good investment. They’ll happily run to 400,000 miles as we’ve seen recently. However, with Gasly already signed to AlphaTauri for the 2022 F1 season, we suspect he could probably swing it.

Got a tip? Let the author know: [email protected]