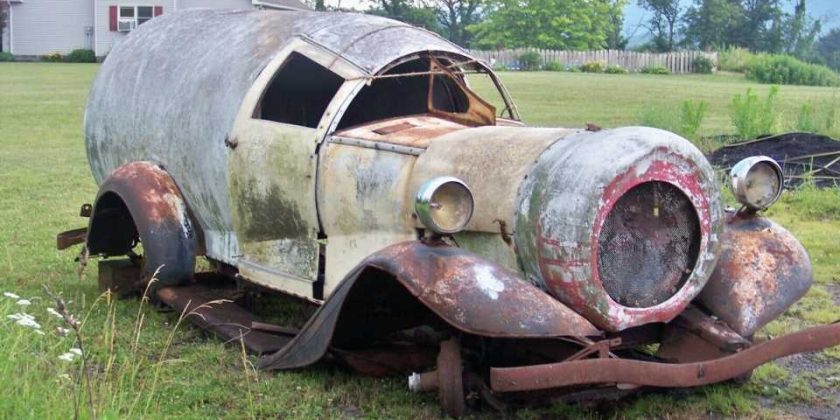 Ready for some cheesy puns? No? Didn’t know you lactose sense of humor. You’d butter not make a fuss, then, as we get whey into a vintage, milk bottle-shaped delivery truck which, I’m telling you right now, is the cream of the crop. Ok, I’m done.

Brought to our attention by a post in Facebook group Ugly, Odd & Unique Automotive Masterpieces, this truck was, as its livery makes obvious, built for Luick Dairy in Milwaukee, Wisconsin. It was clad in a body of aluminum and wrapped over the wooden frame of a 1930s Dodge KC half-ton truck, according to a book scan posted to the Antique Automobile Club of America. In its neck sat either a 190 cubic-inch Plymouth or 201ci Dodge flathead straight-six, according to How Stuff Works, either of which would have powered its rear wheels. 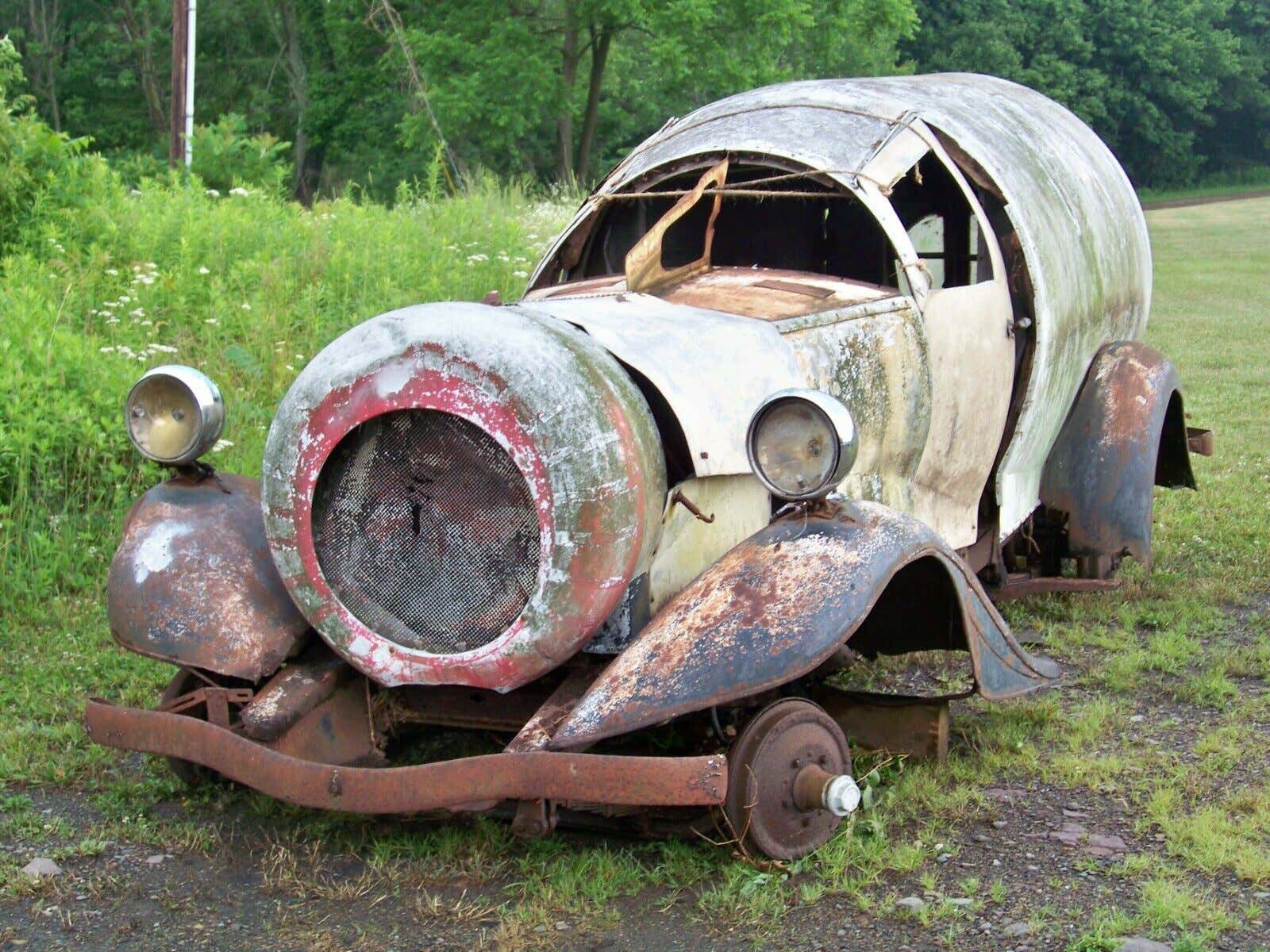 A small fleet of these bottle trucks was constructed, with various sources claiming three to a nonspecific “several” built. It’s unclear whether they were used more for delivery or promotional duties, though a hatch visible in the truck’s rear end makes the possibility of the former clear. Whatever the case, at least one example was allegedly resold to a dairy in Berwick, Pennsylvania, where it served out its useful life before being left in a field to go sour. 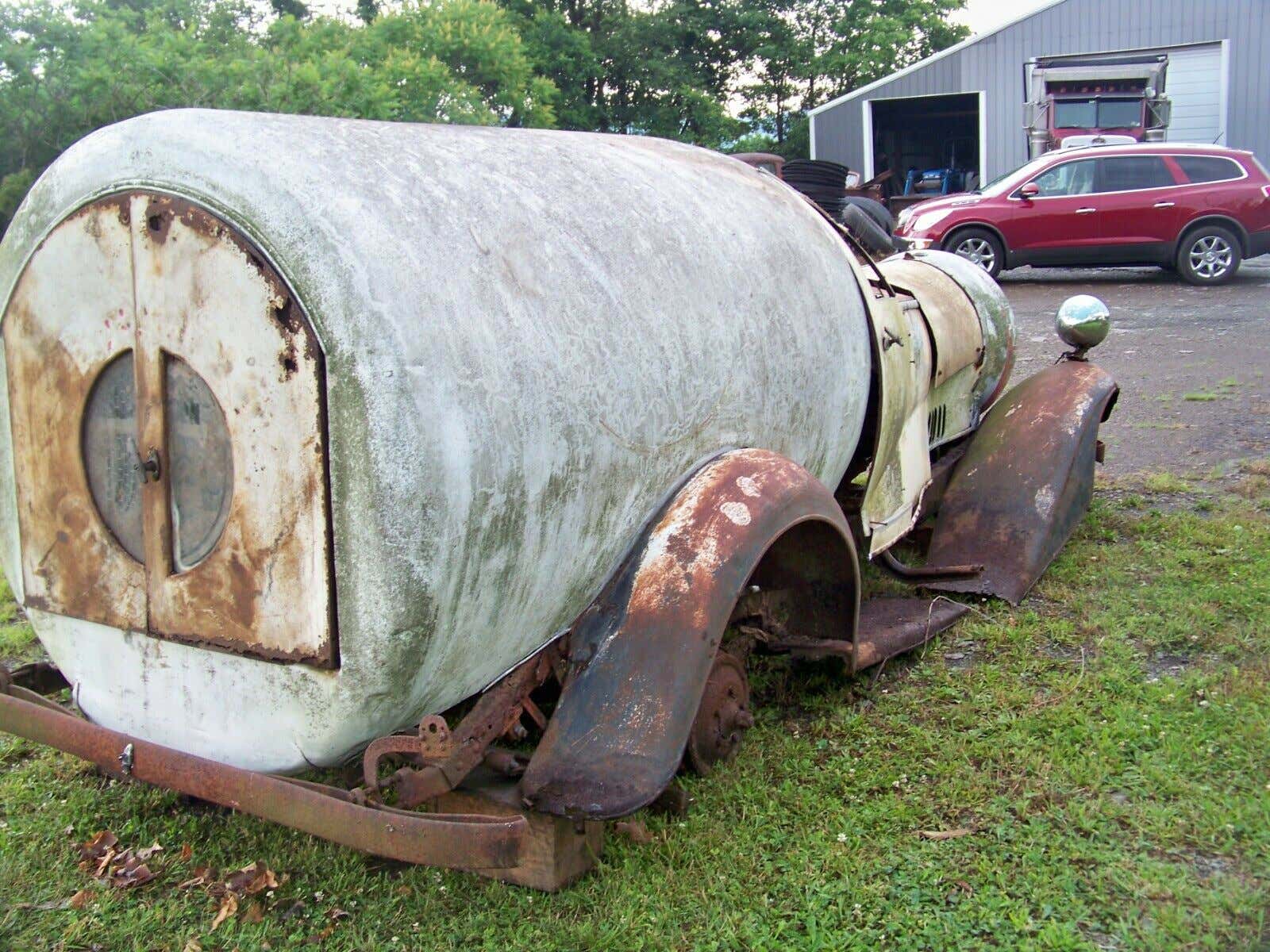 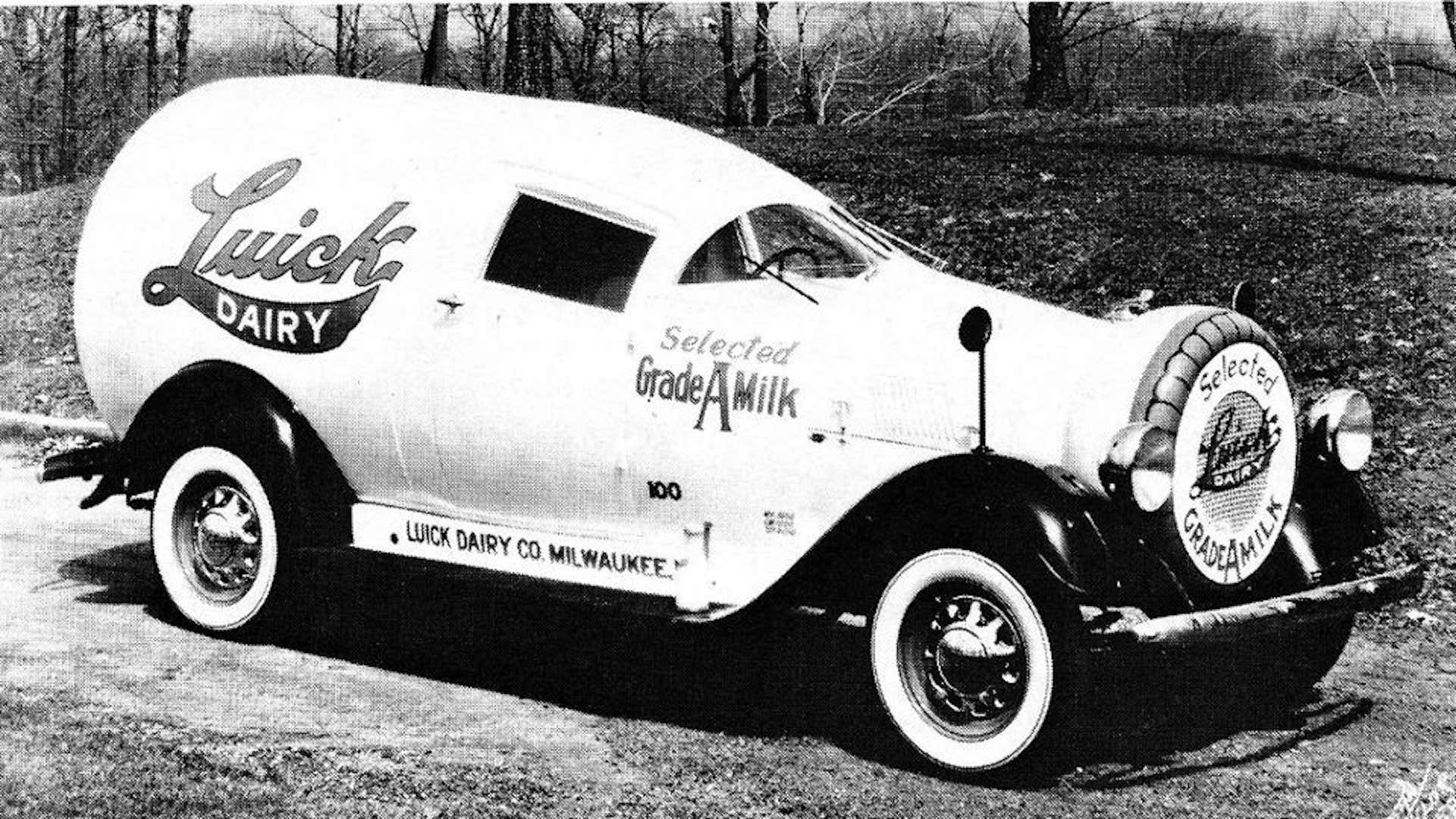 Said truck has, according to Barn Finds, popped up for sale at least three times since 2016, on each occasion in what auctioneers craftily call “restorable” shape. In other words, it has no engine, a body that’s falling apart, and a frame in worse shape than my ability to flirt after 15 months of quarantine. It may not rot out in a field much longer, though, as its eBay listing has hundreds of watchers, and healthy competition between bidders with two days left to go.

Whoever ends up winning it, I cal-cium walking away from a project this neat.

Need to threaten the author for that crime against the English language? You can reach them here: [email protected]