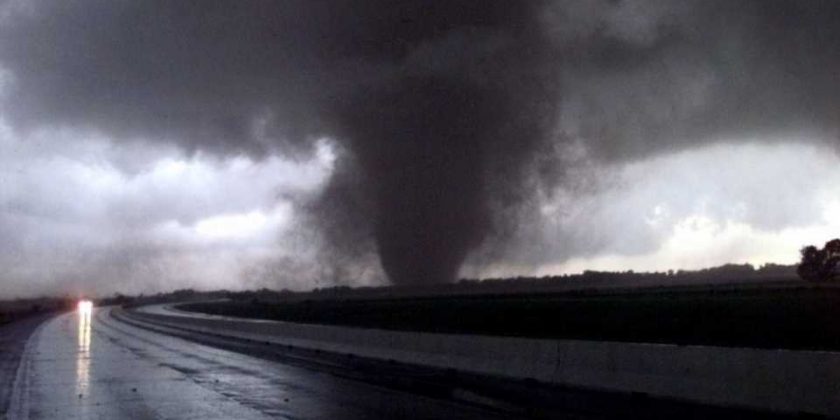 The weather in Texas this week was pretty gnarly: a huge storm swept across the state, leaving tornadoes and flash floods in its wake. On Tuesday evening, I navigated Highway 71 from Austin to Houston in a BMW 440i convertible (which would have been a spectacular drive on a sunny day), and the rain pounded the windshield, impeding my vision. Suddenly, my phone erupted with a high-pitched screech, alerting me to a tornado warning. “FIND SHELTER IMMEDIATELY,” it warned. I’m very familiar with these twisty weapons of destruction from my Indiana childhood and took it seriously.

After dropping more f-bombs in a row than I have in a long while, I spotted an oasis on the left side of the highway: a gas station called The Point. Vehicles were lined up next to every pump and all of the spaces were taken, but someone pulled out at that moment and gave me a front-row spot to park and dash inside. If you’ve never been in a car in the middle of a tornado warning, allow me to share some tips in case this is a situation you someday encounter. 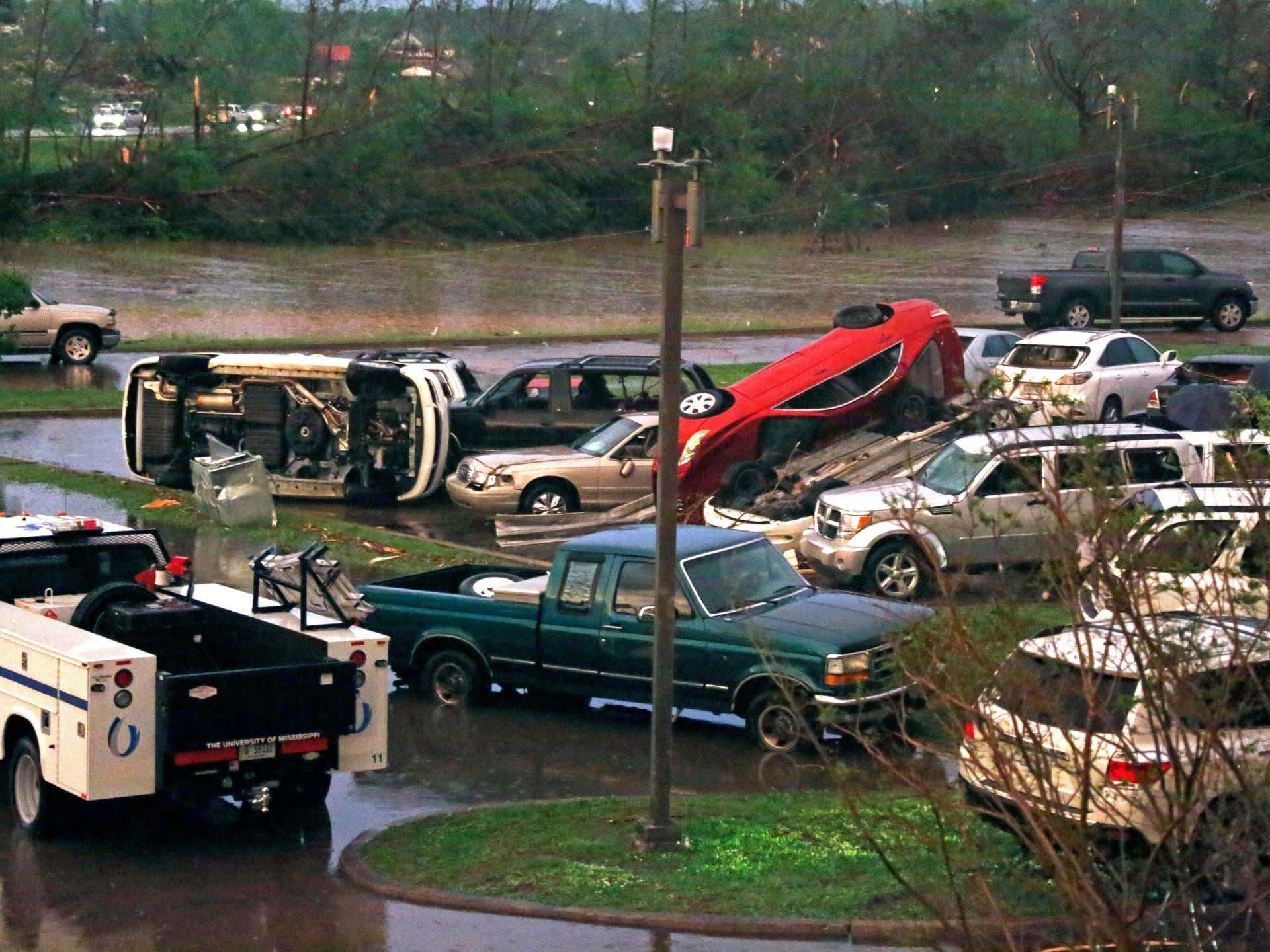 First, NOAA (National Oceanic and Atmospheric Administration) warning coordination meteorologist Dan Reilly says, make sure your phone includes weather apps that show your location and any weather service warnings. I use WeatherBug because it displays radar, lightning strike proximity, and storm warnings, but you can also use NOAA’s app or Weather.com. Solution number one is to avoid driving into a storm altogether; pay attention to Tornado Watches and circumnavigate where you can.

Typically, weather apps indicate a polygon shape to indicate tornado watch and warning locations. Frankly, I should have checked this out more closely before hitting the road. Tornadoes are notoriously unpredictable, so you can’t necessarily track its path but you’ll have a general idea.

“You can try to navigate away from that warning area if you can,” Reilly says, “but the best thing to do is to find immediate shelter.”

Never try to outdrive a tornado, KVUE Meteorologist Shane Hinton emphasizes. You’re not a stormchaser. (Unless you are indeed a stormchaser, which means you’re already ignoring all of this advice.)

“If the tornado is far away from you, drive your car to the nearest sound structure–a gas station, convenience store, home, et cetera–that is out of the system’s path and seek shelter there until the warning has expired,” Hinton told me.

It’s tempting to pull under an overpass or bridge for shelter, but both Hinton and Reilly strongly advise against that. Those structures act as a wind tunnel, potentially funneling the tornado right into you and exposing you and your vehicle to even more peril. If you’re on the road in your vehicle and there is a tornado warning, you want to find the best shelter you can, Hinton says. But if there is no option, pull over and evaluate the situation. You may need to head for a ditch. But the best option is shelter, whether it’s a fire house, grocery store, gas station, or some other permanent structure.

Trust me when I tell you that riding out a tornado in a ditch is not ideal. A friend and I were driving from Cincinnati to my parents’ house in northern Indiana circa 1991 when we noticed the sky was turning an ominous shade of green with a cloak of purple clouds. Flipping on a local radio station, the broadcaster warned of a tornado touchdown in Switzerland County. 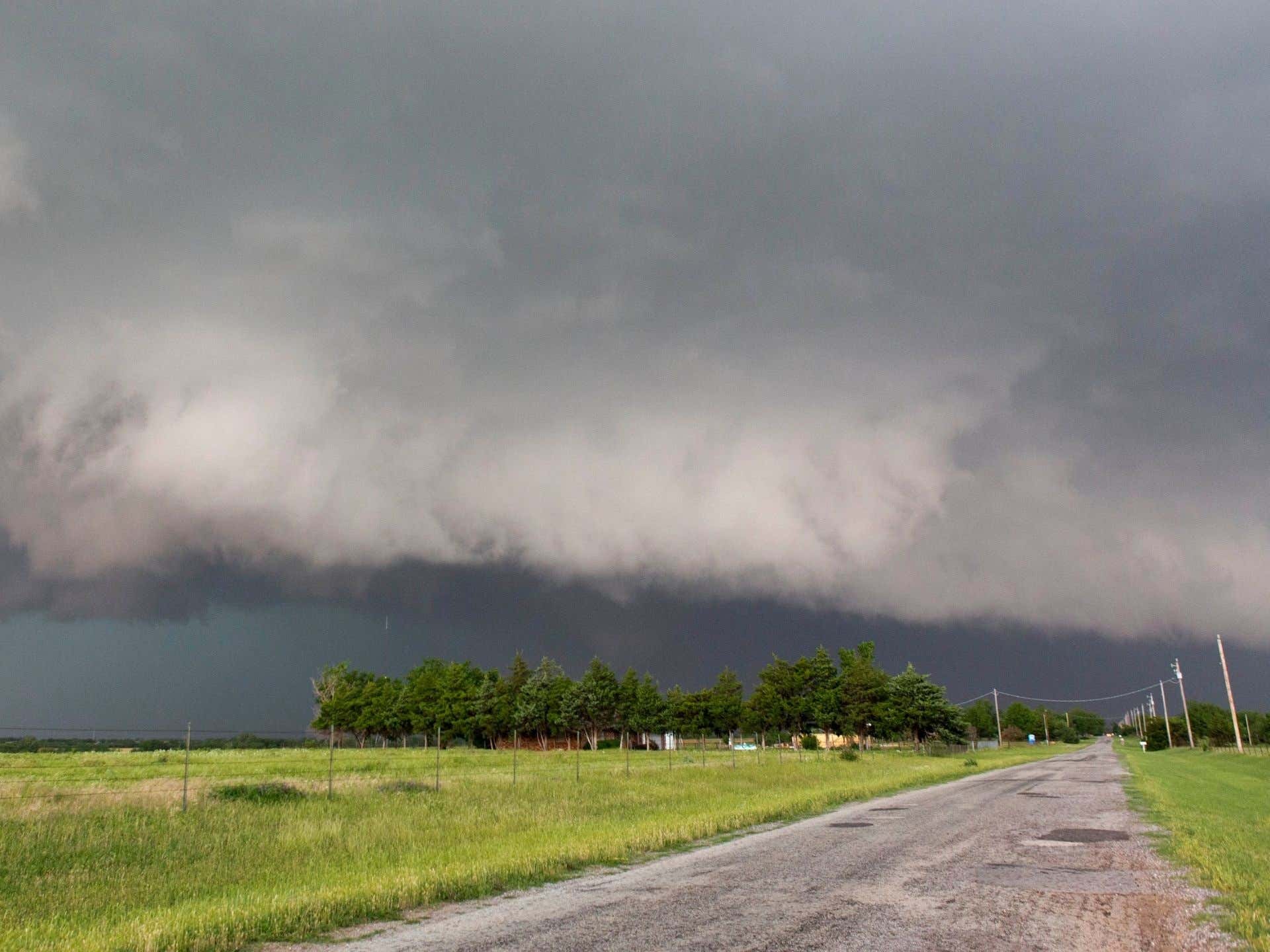 “Excuse me,” I shouted to another driver at a stoplight. “Which county are we in right now?”

We should have pulled over and taken shelter in the Dairy Queen at that intersection. But we chose poorly, right into a hailstorm and winds that whipped my friend’s 1980s-era land yacht from all sides. We drove into a nearby ditch on a farm, because at that point we didn’t have any other options. The tornado passed right over us, shaking the car back and forth like a dog with a chew toy while we were frozen in fear. Luckily, I’m still here to tell the tale.

Don’t let that be you. Make a plan and stay safe.

Got a tip (or a tornado story)? Comment below or send the writer a note: [email protected]