The B-2 Spirit looks just as futuristic today as it did when it was unveiled to the public three decades ago. It is my favorite aircraft to photograph and I am still amazed at how dramatically it can ‘morph’ in appearance depending on the lighting and angle of view. But there is one image I recently found that may be the most unique of the stealth bomber.

If you follow me on Twitter, you know the flying-wing bomber’s ability to ‘change shape’ in front of the camera lens is a bit of an obsession of mine.

The B-2 can look downright alien as well, and even like the subject of a popular science-fiction adventure story from the 1980s.

Yet this photo, taken by Michael L. Abramson in 1999, is totally unique. It has a real techno-thriller aura and a sense of mystery. It also paints a deep contrast between man and machine. It seems to make clear that the pilots are just visitors within the B-2’s seemingly otherworldly realm. The 35mm texture also adds to the atmosphere of the image. 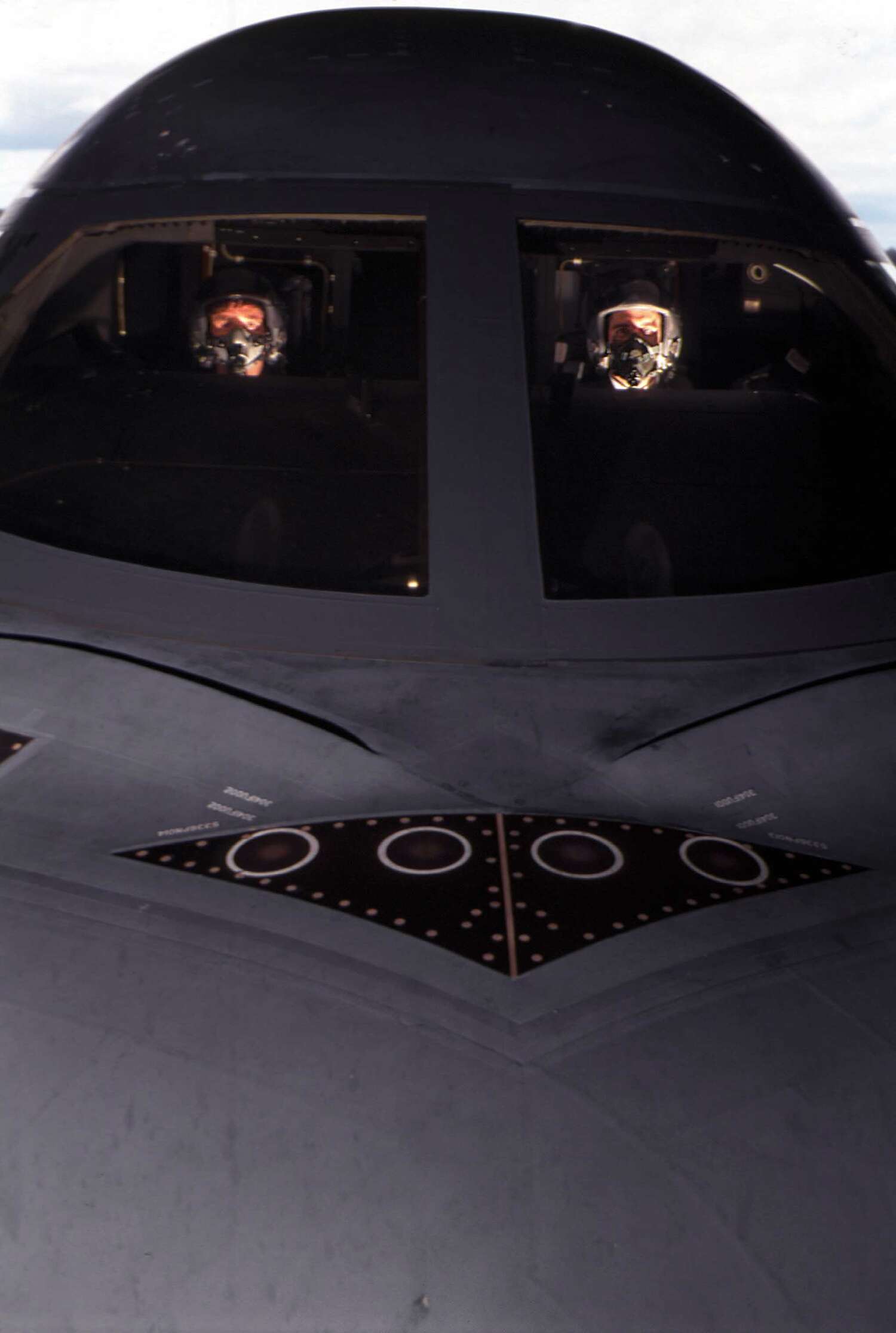 Thankfully, we have at least another 15 years to enjoy the finely sculpted Spirit before it is fully replaced by the B-21 Raider. What happens to the 20 stealth bombers after that is up in the air, but don’t expect many of them to end up in museums as even after four and a half decades their radar-evading structure will still be highly classified.

What’s your favorite B-2 pic? Show it to us in the comments section below.