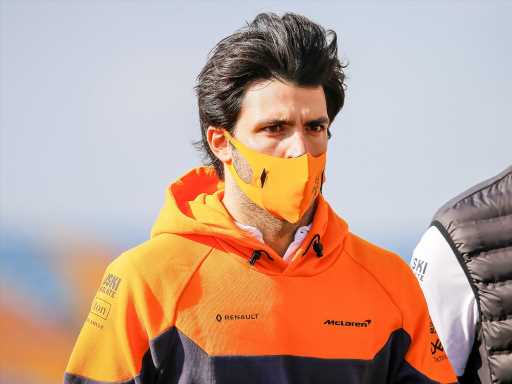 Carlos Sainz said that testing a 2018 Ferrari is an option for him in preparation for driving for the team in 2021.

The Spaniard will leave McLaren at the end of the campaign and make the move to Maranello to race for Ferrari alongside Charles Leclerc.

Usually, drivers and teams would get plenty of testing time before the season, this year is was six days across two weeks at the Circuit de Barcelona-Catalunya.

However, 2021 pre-season testing has been reduced to only three days, a change that is far from ideal for Sainz’s preparations.

Drivers can, though, do as much testing as they want in a two-year old version of a Formula 1 car, so Sainz didn’t rule out the possibility of taking advantage of that as he looks to hit the ground running in 2021.

“We will see, that’s my answer at the moment,” he said when the option was mentioned in the Bahrain Grand Prix driver press conferences.

“Once I leave McLaren to be a Ferrari driver, there would be a lot of thinking behind the scenes to make sure I arrive to the test and to the first race as prepared as possible.

“Obviously that [testing a 2018 car] could be an option, but I remain committed to McLaren and I don’t want to get distracted too much by what the future of January, February and March might bring.”

What Sainz was prepared to say though was that just one-and-a-half days in the Ferrari, since only one car can be used in pre-season testing, is nowhere near enough for him to truly settle in.

“I can already tell you that one-day-and-a-half in an F1 car, these complex F1 cars, is not enough to prepare for an F1 season,” he confirmed.

“You don’t get to know the tricks of the car, or the steering wheel, even though you do a lot of simulator. [You need] to get to know the crew, so one-day-and-a-half is very, very little and probably not enough.

“But it is what it is. We will have to adapt and we will need to find a way to make sure we are as prepared as possible within the limits [of the regulations].”

Just a few races ago Ferrari’s struggles were making Sainz’s choice to leave McLaren for the Scuderia look a real lapse of judgement, but recent performances have now given Sainz reason for hope.

“It’s been a good few months for them. I think they’ve demonstrated that they’ve probably found a bit the issues that they had at the beginning of the year,” he explained.

“They probably were the ones especially not happy about it and they’ve shown good character turning a difficult season around.

“I’m encouraged to see that and I cannot wait to find out what and why they’ve changed. But there’s a few races left still with McLaren and plenty to do here still.”