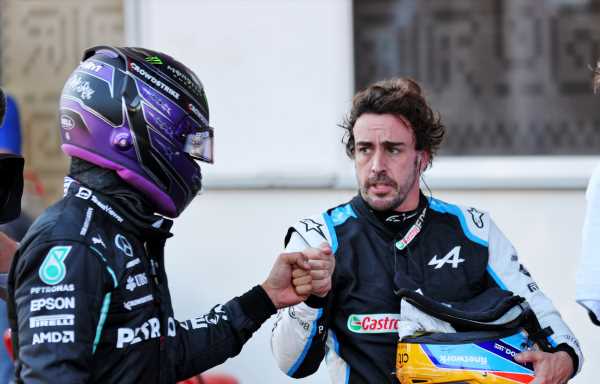 Lewis Hamilton will “just accept” whoever Mercedes decides to put in the other car next season with Fernando Alonso doubting the Brit has a say.

Mercedes have confirmed Hamilton for the 2022 and 2023 F1 seasons, the reigning World Champion putting pen to paper on a new two-year deal.

The only question left to answer is who will be his team-mate?

Although that has been Valtteri Bottas since 2017, speculation that George Russell will replace the Finn is growing.

According to former driver turned pundit Martin Brundle, he would not be “surprised” if Mercedes confirmed Russell’s promotion as early as this upcoming British Grand Prix.

But while some commentators are questioning whether Hamilton would want Russell as a team-mate, with Bottas having proven time and time again that he is a solid number two driver, Alonso doubts Hamilton will have a say in the matter.

“I think like everyone else, a driver does not have the option to choose who his partner is,” he told Spanish daily AS.

“You just accept it.

“There is never a problem in that sense, although I don’t know the situation they have at Mercedes, nor am I interested.” 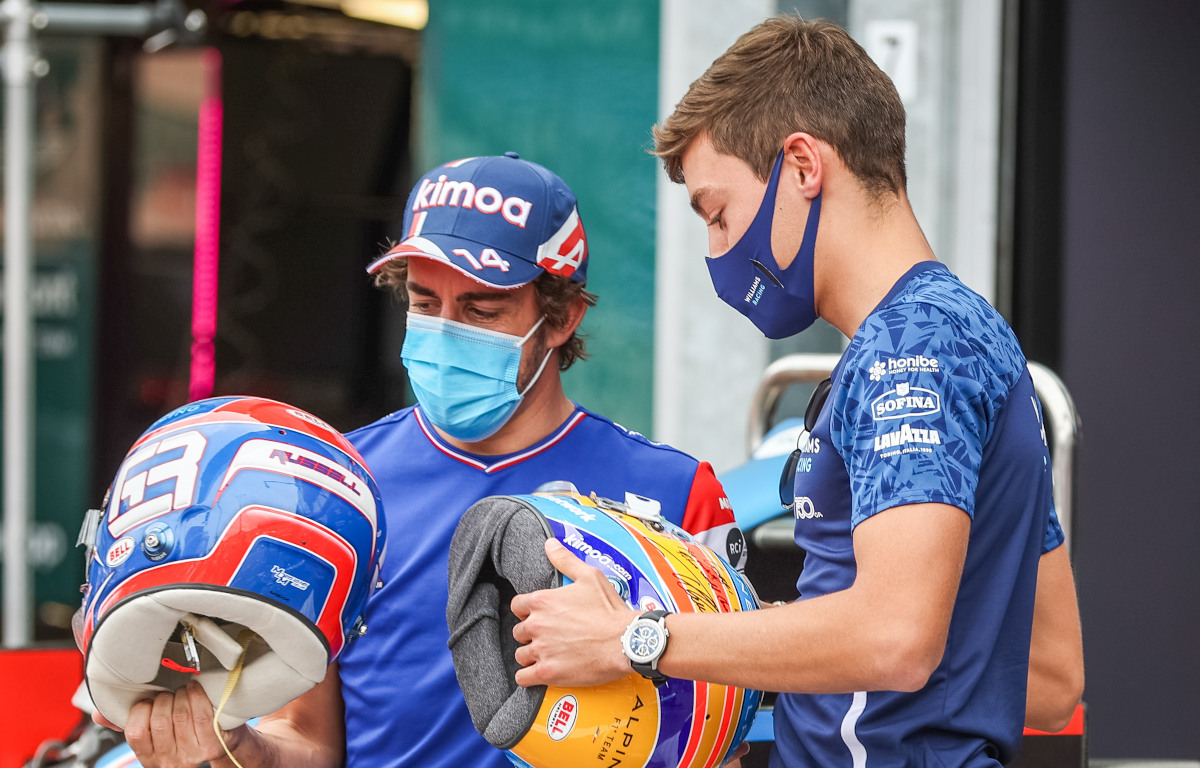 Alonso had the opportunity to watch Russell in action up close as the two battled for tenth place at the Austrian Grand Prix, Alonso getting the better of the Williams driver late in the race.

The Spaniard was very complimentary of the 23-year-old Brit having denied him a first point as a Williams man.

“We know that it is not a competitive package,” Alonso said. “It is better this year but not in the last two, and I think he was putting in something special every weekend and that was nice to watch at home.

“That is something you always get impressed by.

“When I saw who it was that I was fighting with for 10th I was hoping it would be anyone but George!

“But I was able to challenge him better because I had better tyres and acceleration. But I know he will have more chances in the future.”